10 best Bentley models of all time

The iconic luxury brand Bentley has really done so well for almost a century by offering absolute and tasteful cars to customers all over the world. Check the best Bentley models of all time!

The British luxury marque, Bentley, comes with an auto history that went way back for almost a century. In 1919, the company was founded by Walter Owen “W.O” Bentley in London. It was his desire to create and design unique and stylish cars, which eventually paid off and led to the global success of Bentley cars. The luxury brand finally made its huge mark after recording several victories at notable car rallies and the unveiling of its innovative and remarkable models.

The iconic auto brand has made several appearances in blockbuster movies such as the Avengers and original James Bond films and novels way back, which further increased its global popularity in the luxury auto market. Here on Naijacarnews are the top Bentley models of all time.

This is a creative design for a sports car as at the time it was brought into auto limelight in 1928. Big thanks to its powerful engine; the Speed Six emerged victorious in the 1929 and 1230 24 Hours of Le Mans race. Currently, the value of this rare Bentley model could be as much as $550,000 (198 million naira) at an auction. 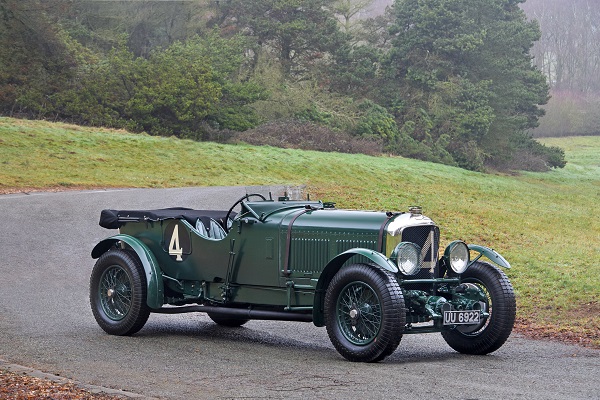 This Bentley model made its debut at the Paris Motor Show in 1965. With tweaked design and chassis, the T-Series is often regarded as Rolls-Royce Silver Shadow. It became favourite to those who enjoy quiet luxury. Thanks to its remarkably light grille. The company produced lots of 4-door versions with few 2-door models. Its production ran from the period of 1965 to 1980. 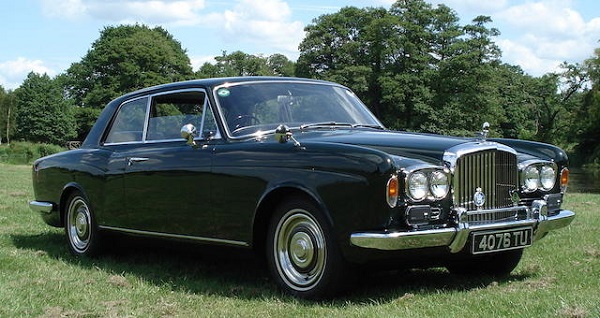 The classy Bentley T-Series in the current market could be sold for $35k (N12.6 million)

When this Bentley 8 model made its first appearance in 1930, it was based on the massive rolling chassis accustomed with Bentley. Despite the crisis encountered at the early stage of production, which could only afford only few people the chance to acquire it due to infamous Great Depression, this model remains the best grand tourer ever produced by the automaker top to that time.

To get one of the few available Bentley 8 Liter today, it might cost you more than $2 million (720 million naira) at an auction. 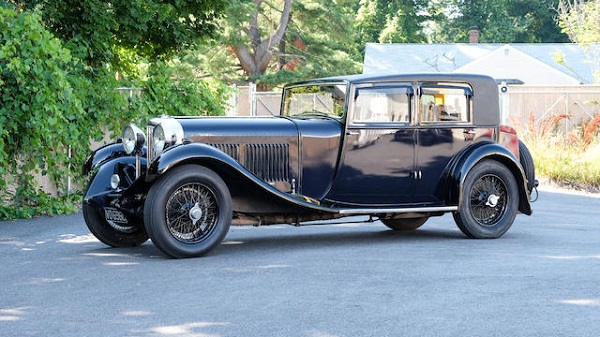 Bentley 8 Liter was the last car to designed by the founder, W.O. Bentley

>>> Very popular cars but with unfamilar names, check this! These 11 popular car models are known by different names in other regions of the world

Mark VI is the company’s first post-war luxury car, which came after the Second World War. The production of this full sized luxury model spanned from 1946 – 1952, offering an impressive look, all-steel body and even suicide doors. Bentley manufactured 5,208 examples of such and you could spend as much as $37,000 (N13.3m) to get one for yourself today. 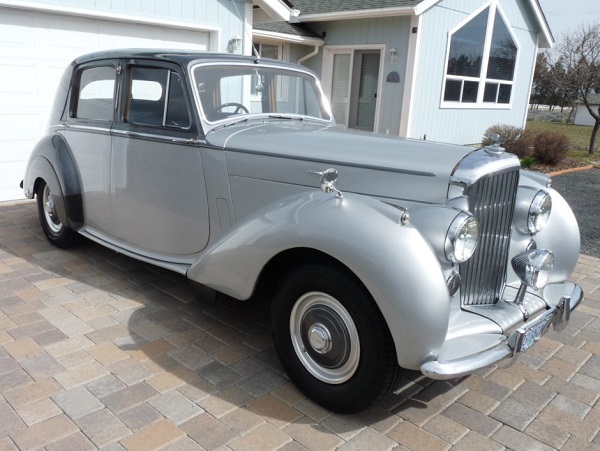 Mulsanne is the true definition of what a tasteful luxury car should look exactly like. The first production ran from 1980 to 1992. Its design was a blend of performance, comfort and style. This model was revamped by the car manufacturer in 2010 and it is very much in production line till date. 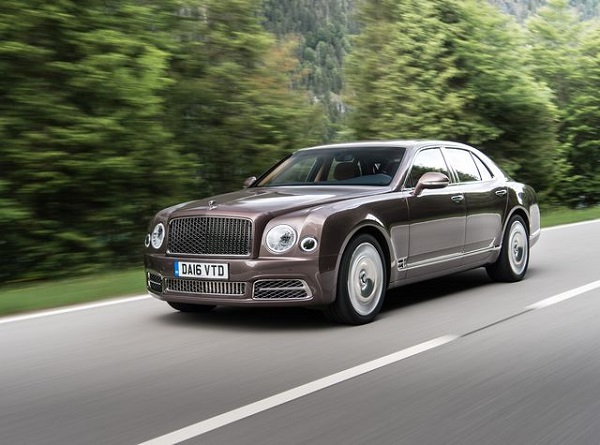 The ultimate 2018 Bentley Mulsanne is a combination of power, class and luxury

The new Mulsanne was the fast car to be solely designed by Bentley independently eighty years since the creation of the 8 Liter. The newest version of Bentley Mulsanne should go for as much as $303,700, translating to over 109 million naira.

Bentley Brooklands came as a replacement for the first run of Mulsanne in 1992. The origin of its name was from the Brooklands race track in Surrey, where the automaker won many prominent races at the beginning of 1990s. The Brooklands’ first production offered features such as wraparound parking lights, waterfall grille, descending bootlid and angular profile. In 1998, Bentley stopped its production and replaced it with Azure. 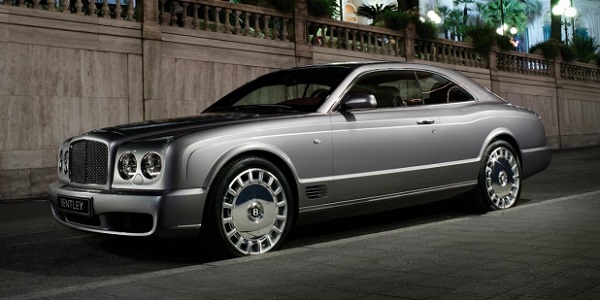 The gorgeous Bentley Brooklands is spacious and fast - accelerating from 0-100 mph in just 11.7 seconds

For the Bentley Arnage, there was availability of the Green Label and Red Label versions, with production run from 1889 – 2009. It presented its customers with all round luxury and a very classy look. The Final Series came equipped with V8 6.75-liter engine with an output of 500 horsepower. For $80,000 (~N28.8m), you should be able to get one.

>>> Recommended for you: How to distinguish a Junior Supercar, a Supercar, and a Hypercar 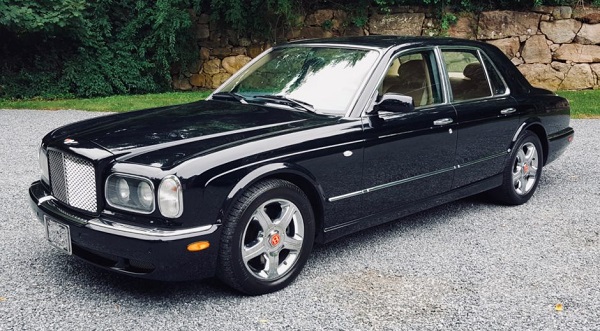 In 1995, the 1st generation of the roomy Azure made its debut, with the second coming later in 2006. Its 1st version was built on the platform of Bentley Continental, with the last version offering the platform of Arnage with a fitted V8 6.8-liter engine and an output of 500 horsepower. The more improved version, Azure T, was manufactured from 2009 – 2010, with massive changes such as Mark V1-inspired exterior design and its overall styling. A sleek styled and luxury coupe, Bentley Continental GT has impressively transformed the image of the company. It was the first official model since Volkswagen took control of the company. The two-door luxury car comes with an absolute touch of elegance in its cabin and outside look. Its latest version comes fitted with a W12 twin-turbo 6.0-liter engine. It goes for $198,000 (~N71.3 million) as its starting price. 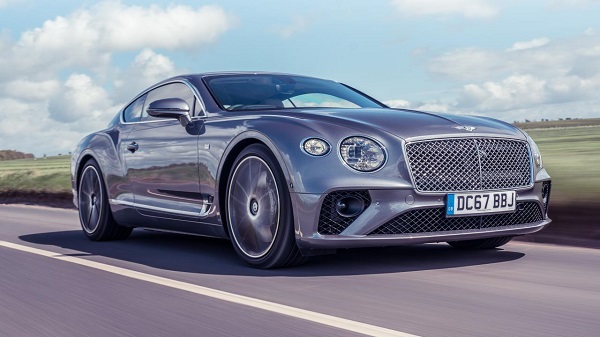 This is Continental GT’s 4-door variant. The automaker started its production in 2005, leading to production of several versions such as Continental Flying Spur, Qatar edition, Series 51 and Linley limited education. To own one, you will be required to pay $201,000 (~N72.4 million). 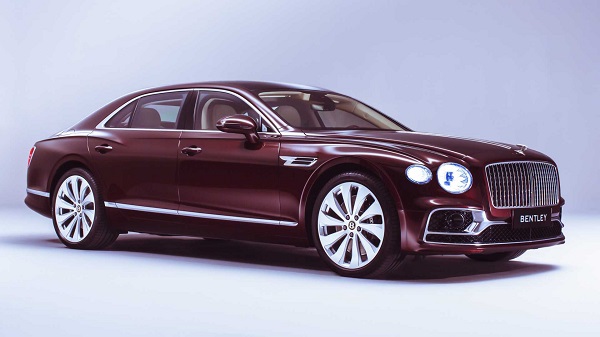 Which of these all-time models would you like to go for?