10 facts about Lamborghini you wish you knew earlier

Lamborghini is more than a sportscar brand. It offers so much more than many aren't aware of. Check out some interesting facts about the Italian automaker!

Lamborghini is one automotive brand that enjoys a special kind of affinity among people. Granted, you may not see a Lambo as it is fondly called at every corner. But at the mention of the name, everyone pays attention. There is something about the brand name that commands attention.

Driving a Lamborghini is a dream come true for many. The luxury brand has managed to maintain good reputation for itself over the years. It comes as no surprise that the automaker originates from Italy – a place known for the finest things in the world.

Think you know Lamborghini so well? You are about to find out 10 Lamborghini facts that will blow your mind – courtesy of Naijacarnews.

1. Lamborghini began as a tractor company

The sports cars you see today bearing Lamborghini’s name were not in the picture when the company was established in 1948 by the founder Ferruccio Lamborghini. His intention was to manufacture and sell tractors. He ventured into sportscars several years down the line. 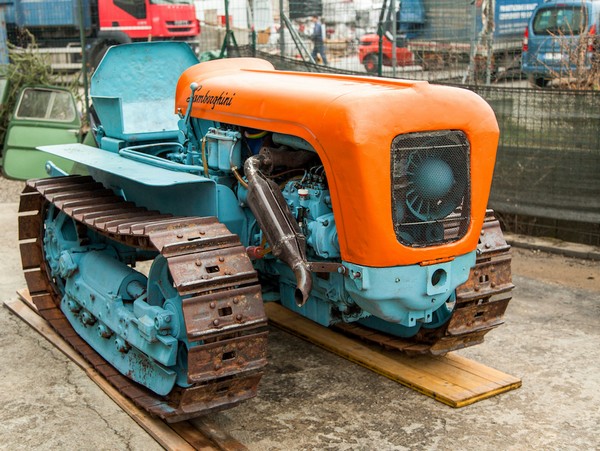 This tractor was produced by Lamborghini in 1962, priced ₦5.6 million

Unknown to many people, Lamborghini is still in the business of manufacturing tractors. But these tractors are not manufactured under Volkswagen Group which Lamborghini is now part of. You can find the tractors in some European countries as well as some countries in the Middle East.

2. It catches fire during high revving

Have you ever seen a Lamborghini on fire? Actually, this happens quite often. A lot of people attribute the fire to bad driving behavior of the drivers, but that is not the case. Some of those drivers might not have done anything wrong.

The exhaust of sports cars stands a chance of blowing up during revving. In extreme cases, the result is fire. Lamborghini vehicles have excess power. If there is no room for adequate cooling, they could catch fire. This can also be caused by substandard aftermarket equipment. 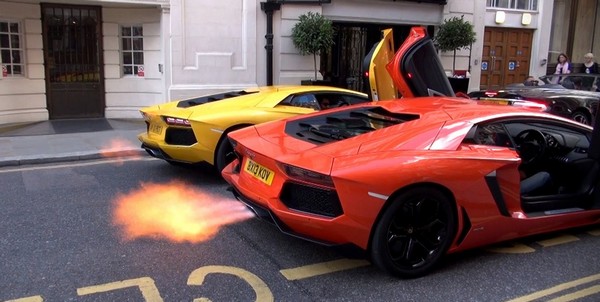 Due to its superpower, a Lambo can catch fire when speeding

3. It was established as a challenge to prove a point

The founder, Ferruccio Lamborghini, was content with producing only tractors initially. A lover of exotic cars, he had quite a number of Ferrari cars in his fleet. However, he noticed that these cars often developed gearbox and clutch problems.

Ferruccio had the opportunity of meeting the founder of Ferrari, Enzo Ferrari. He told him about the problems he was experiencing with his Ferrari cars. Not pleased with this, Enzo told Ferruccio that he was not qualified to advise him about sports cars since he was just a tractor manufacturer. Ferruccio felt insulted by this. To prove a point to Enzo, he started producing sportscars. Today, Lamborghini sportscars are known as some of the best in the segment and are rivals to Ferrari sportscars. 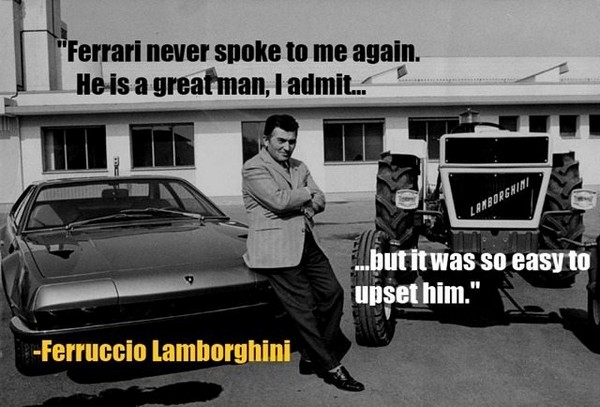 Being insulted by Enzo Ferrari, Ferruccio decided to start his own supercar business

4. It did not make use of turbocharging until recently

Lamborghini may be popular for its sportscars, but it does more than that. The company has a brand of Sports Utility Vehicles (SUVs) called the Urus.

The Urus has carved a niche for itself as an SUV to look out for. However, it is important to note that the Urus is not Lamborghini’s first SUV. In 1986, the company debuted its very first SUV called the LM002. It was indeed a very powerful vehicle. Only 328 units of the LM002 were produced. 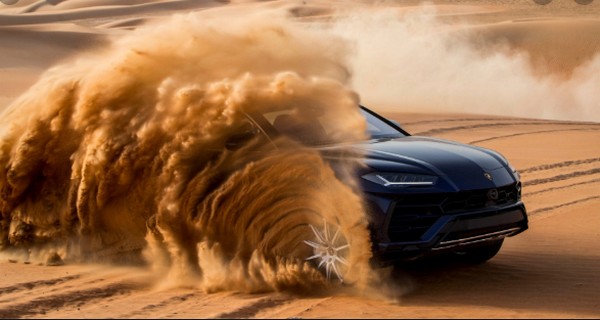 Have you ever seen such a power as Lamborghini Urus?

6. It produces engines for boats

Lamborghini hardly takes part in motorsports, but this is not due to lack of capacity. The company produces V12 engines used by some boats in speedboat championships. It has built a reputation for itself in that area as a powerhouse. The powerboats have high energy just like Lamborghini cars.

Lamborghini’s logo is a raging bull. The raging bull is a representation of Ferruccio’s astrology birth sign. Most of the company’s production vehicles are christened after fighting bulls, save for the LM002, Sesto Elemento and Countach.

The logo is a fierce-looking raging bull

8. It has a minimum of eight-cylinder powered engines

Producing all that power does not happen by chance. Lamborghini has strict operational guidelines that it sticks to in order to maintain its high engine power. You would never find a Lamborghini vehicle with less than an eight-cylinder engine. It accommodates as high as 12 cylinders in some of its vehicles.

The eight-cylinder minimum engine could change in the near future as emission standards in the automotive industry are tightening.

One of the highlights of the company was the production of a golf cart for Pope John Paul II. The famous car was protected with bulletproof glasses. Besides the Pope, the company also gave that car model to the police at Saint Peter Square as presents. 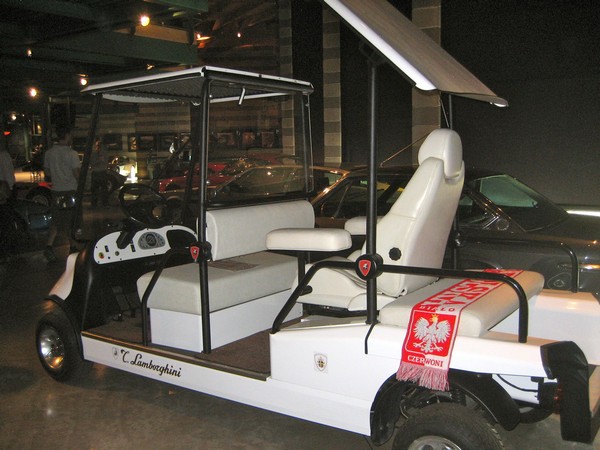 10. The most expensive Lamborghini auctioned for $8.3 million

The most expensive Lamborghini that has been auctioned in September 2019 in Switzerland is a 2014 Lamborghini Veneno Roadster. The car was sold at a whopping price of $8.3 million, equivalent to 3 billion naira.

According to reports, this car was seized from Obiang Mangue, the vice president of Equatorial Guinea, who was charged with money laundering and embezzling more than $100 million. 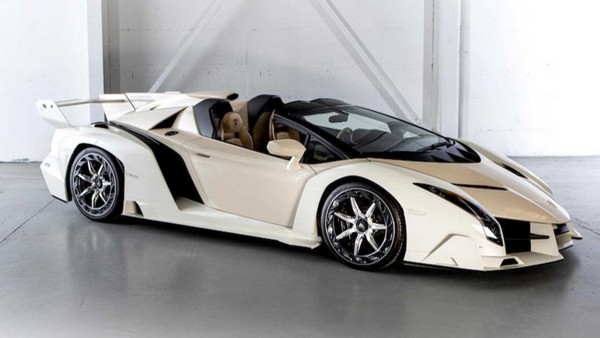 This Veneno is the most expensive Lamborghini ever sold

There you have it. Lamborghini has an interesting story. From humble beginnings, it has grown to become a powerhouse both literally and figuratively.

>>> Check out latest auto news on Naijacarnews.com for updates.