If you are looking for information on the fastest cars in the world, you have arrived at the right place. Check here their names, descriptions & pics!

Cars have become some really interesting aspect of our lives and we live everyday surrounded by cars.

As usual, man is always looking for ways to add fun into his life and so has found fun in cars. There many classes of cars out there but today, NaijaCarNews.com beams the glimmer light on the top ten fastest cars in the world, reported in 2019.

Read on to find out more about these exotic super cars and what makes them the master crafts of speed.

As against the Venom GT which was based on a Lotus Exige, Venom F5 is based on a 2,950-pound carbon fibre chassis with a 7.4 twin-turbo v8 engine producing 1600 hp.

Before the Venom F5, Venom GT was the fastest car on Earth in the 2014 speed test

It is no doubt that this speed master craft was specially designed for the speed it delivers. 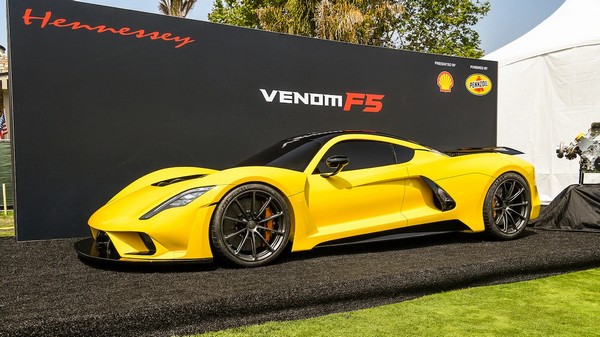 The typical car design can't be mistaken with anything else

According to the Guinness Book of World Records, the Koenigsegg Agera RS is the fastest car in the world.

One may wonder why it is at second place in this run down of fastest cars. Well, reason is that the spec built into the Hennessey Venom F5 makes it a more impressive option. The Venom F5 with a claimed speed of 301 mph has toppled every other option on this list with a very intriguing speed margins.

However, because Hennessey has not verified the claimed 301 mph top speed of Venom F5 with the Guinness World Record, the Koenigsegg Agera RS will always get the “fastest car” title in the real world. 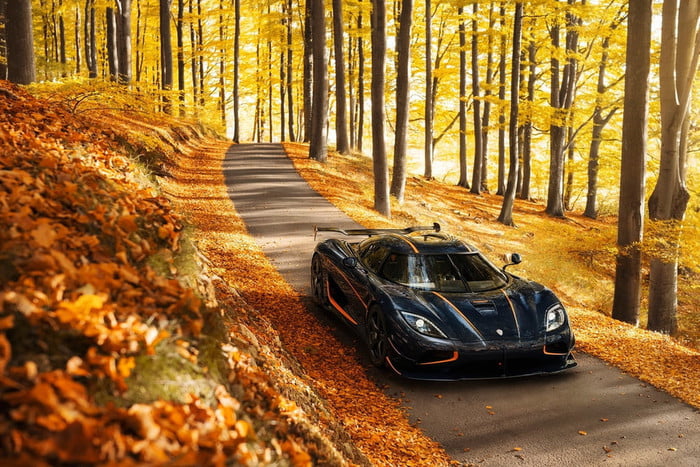 The Koenigsegg AGera RS on a track drive

The Koenigsegg  Agera RS set its official record as the fastest car in the world after it ran an 11-mile stretch on a public road and hit an average speed of 277.9 mph.

>>> Have you heard of Aisha? The fastest female biker in Nigeria Aisha Vatsa “FlyGirl” is also an aviation expert

To be considered as a speed car, a car needs to run twice, once in each of two directions, after which the average of both runs is taken in a bid to account for wind conditions. 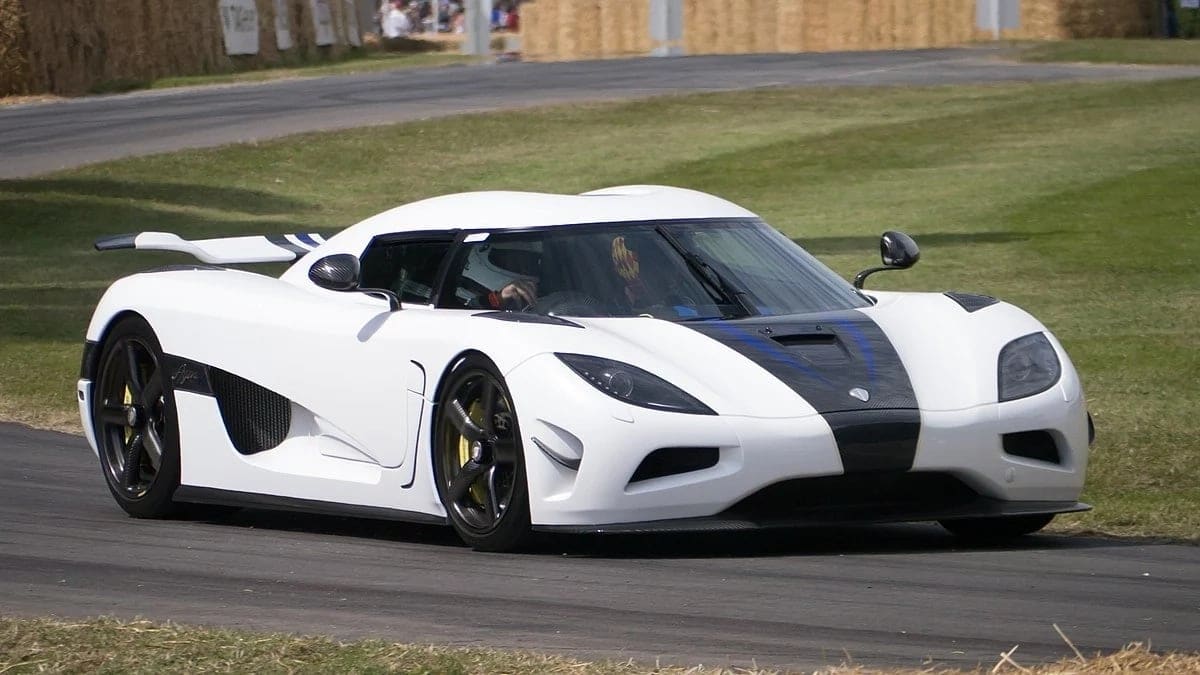 Had the Venom GT run twice in the test, it would have been recognized by Guinness

However, the Hennessey Venom GT ran once in 2014 and was not recognized by the Guinness Book of World Record as the fastest car at the time.

The Hennessey Venom GT also sparked arguments on whether or not it was a production car owing to its hand built nature.

It may interest you to know that Bugatti is owned by Volkswagen. After Volkswagen purchased Bugatti, it built the Bugatti Veyron with a plan to become the fastest production car in the world.

The Bugatti Veyron sold for a whopping $1.7 Million. It was characterized by a quad-turbocharged W16 engine producing 1600 hp and achieved the purpose for which it was built. 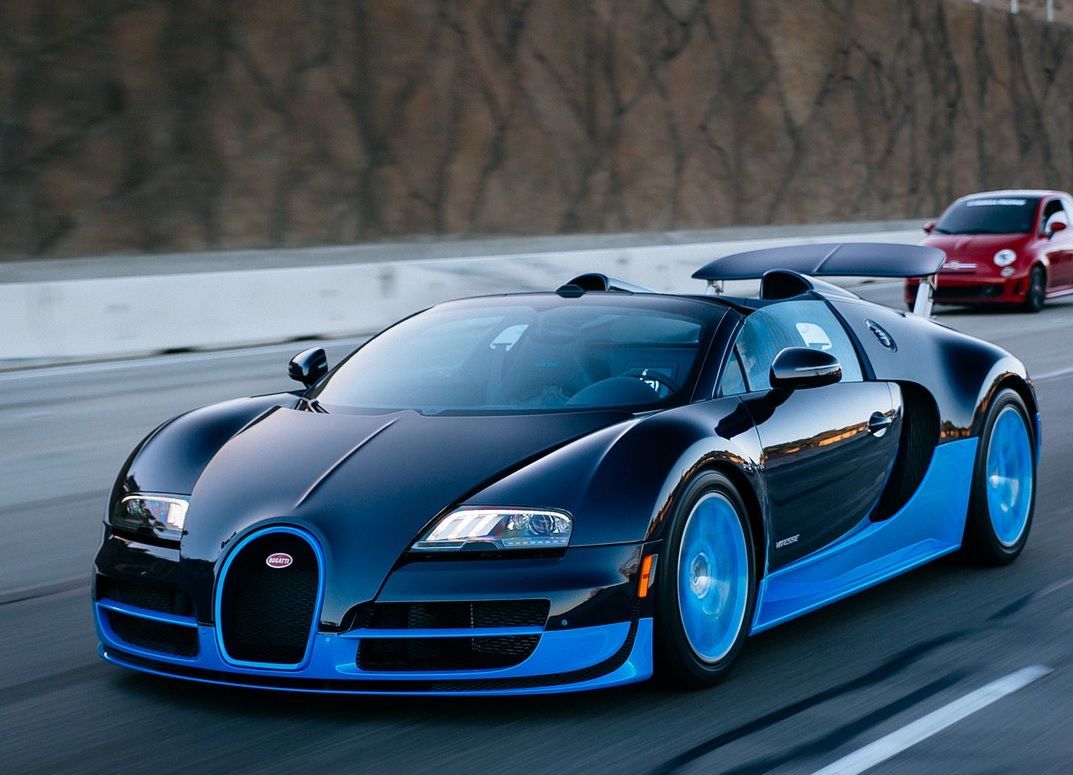 This Bugatti Veyron has won the hearts of many world superstars

However, it was not long before the Veyron was knocked out of position as the fastest production car in the world by the SSC Ultimate Aero. But rather than give up, Bugatti came back up with the Bugatti Veyron Super Sport which gave an impressive record speed of 268 mph.

The Bugatti Veyron Super Sport was then recognized as the second-fastest production car in the world.

>>> Guess you have never seen these before: Incognito: Supercars from car-makers no one knows

The Bugatti Veyron gave such an incredible performance that it was described as the car version of the Concorde plane. However, the Bugatti Chiron has now stolen the spotlight from the Veyron. The Chiron which was named after French car racer, Louis Chiron was built as an improvement over the Veyron.

The 1500 hp Chiron recorded 261 mph under strict street driving laws and was described as a beast in chains by many. And just like a beast, it aimed to break those chains. Up till now, the actual Chiron top speed is still a mystery. 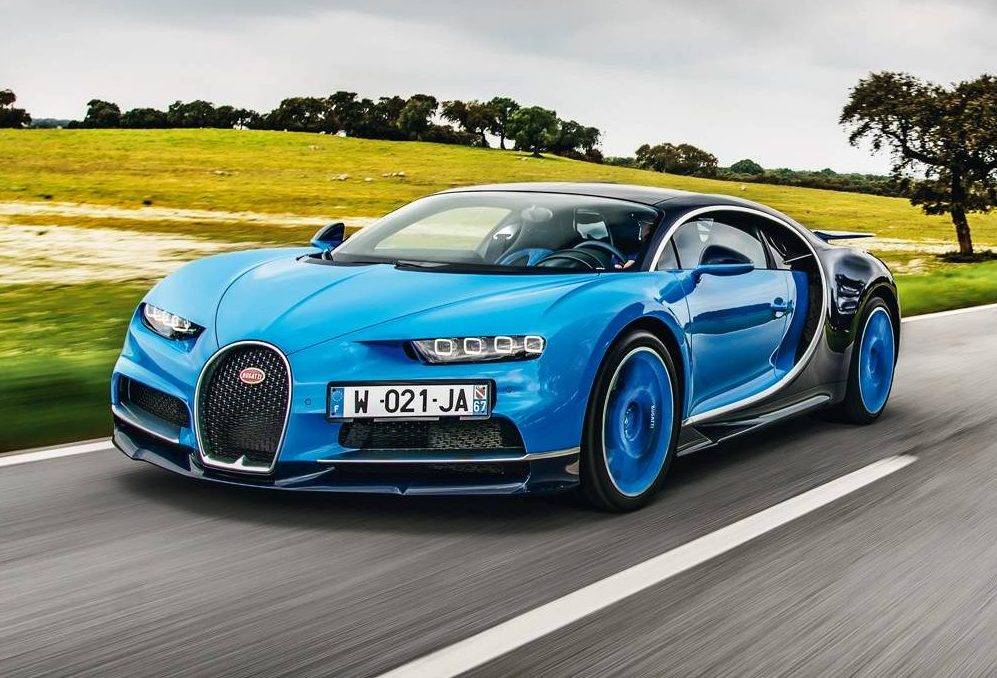 No one knows exactly how fast the Chiron can go

Even though it was built like a race car, one doesn’t need to be a professional to drive it. It automatically adjusts its machinery as it increases or decreases in speed.

The Bugatti Chiron is not just a speed car but a full loaded luxury car. With its beautiful leather interior and luxuriously self-indulgent sound system coupled with a high definition digital display which adjusts itself to show only crucial information at high speeds, the Chiron appears to be the king of speed cars.

The Rimac Concept Two is the electric supercar unveiled by the Croatian car company, Rimac Automobili in 2018 at the Geneva Motor Show.

According to Rimac’s spec sheets, the Concept Two’s four electric motors produce a combined 1914 hp and a 1696 lb-ft of torque. Also, the Concept Two can go from 0 to 60 mph in just 1.85 seconds making it the fastest accelerating production car in the world.

If you have around N360 million, you may order a Rimac Concept Two

Rimac also claims that the Concept Two marks a top speed of 256mph and is equipped with a 20-kilowatt-hour battery pack which can provide 404 miles of range.

However, Rimac’s claim about the Concept Two spec can only be verified in 2020 when the company is billed to start production. The company plans to make only 150 Concept Two cars with the price range around $1 million (~360.5 million naira).

>>> Back to reality, let's check How to generate GIFMIS Remita code for FRSC

The SSC Ultimate Aero is another impressive player in the domain of world fastest cars. This supercar was at one time in 2007 the fastest production car on earth. It beat the Bugatti Veyron to achieve this feat.

The SSC Ultimate Aero was equipped with a 6.3 litre twin-turbo charged V8 engine producing1287 hp which helped it achieve a raging top speed of 256 mph at the time. 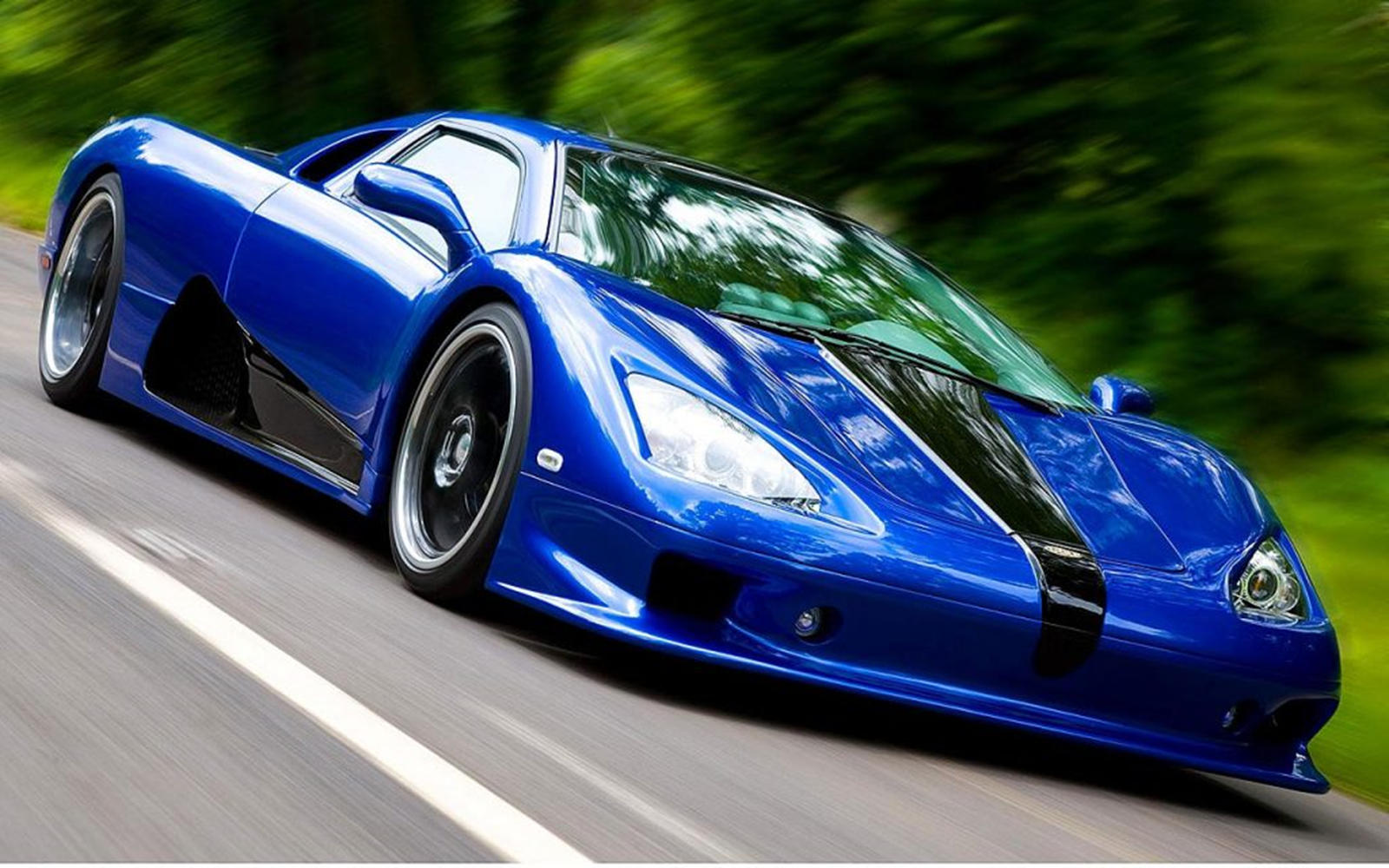 The Tesla Roadster showed very impressive specs. It can accelerate from 0 to 60 mph in 1.9 seconds making it the second fastest-accelerating super car after the Rimac Concept Two which does a 0 to 60 mph in 1.85 seconds. 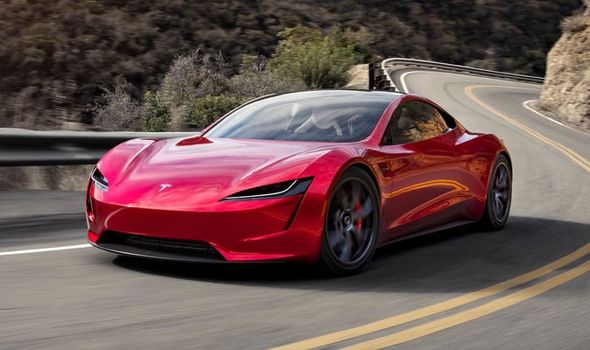 During the semi-unveiling of the Tesla Roadster, it claimed a top speed figure of 250 mph with a 200kWh battery pack, making it an impressive player in the automotive world of electric vehicles.

Although Tesla is yet to commence production for the Roadster but the founder of Tesla, Elon Musk claims that in addition to the toppling speed exhibited by the Roadster, it will also boast of a range of 620 miles.

About a decade ago, the Saleen S7 was one of the best fastest in the world. 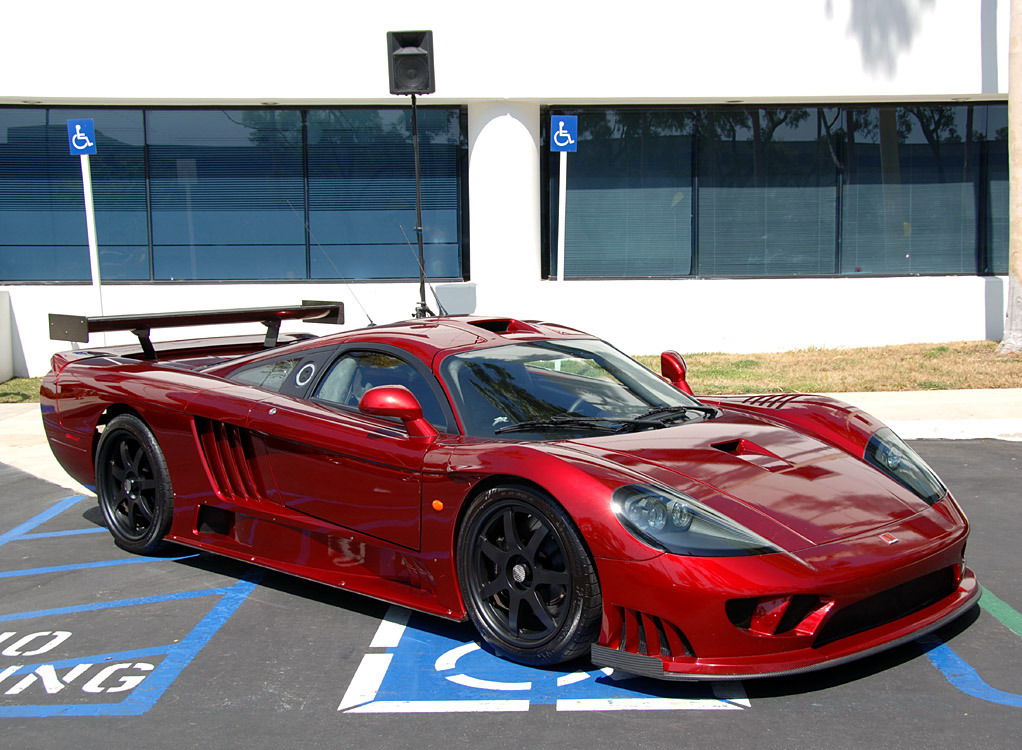 Sounds unfamiliar? Saleen S7 - a legend of supercars in the beginning of 21st century

Its incredible top speed figure of 248 mph put it on the spot as one of the fastest cars ever driven in the world. At some point, over a decade ago between 2000 and 2009, the Saleen S7 was considered a legend of supercars.

The CCR by the Swedish auto maker, Koenigsegg also made it to our list of 10 fastest cars in the world.

Over a decade ago in 2005, the Koenigsegg CCR held the title of the world’s fastest car. The CCR reached an impressive 242 mph in 2005.

However, the CCR’s hold on the world fastest title was very short-lived as it was toppled by the CCX which was also relegated by the Agera. 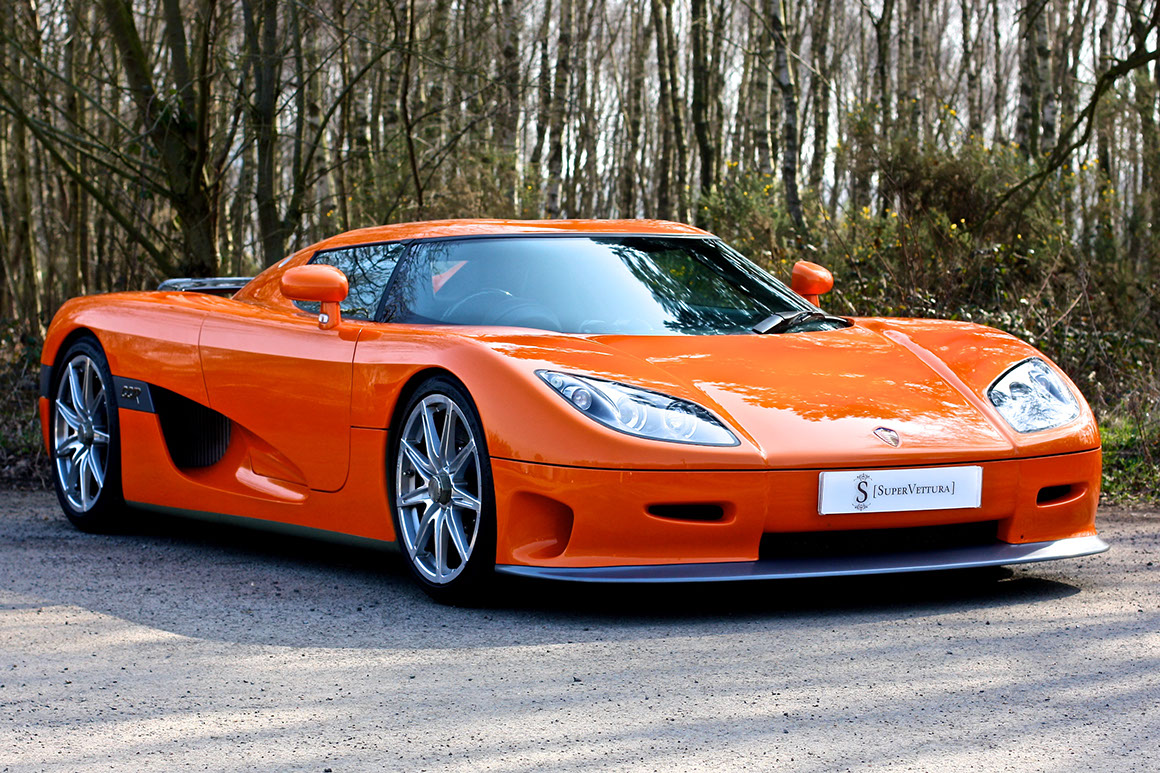 The last name is another child from Koenigsegg family

That's the end of the top supercars: 10 fastest cars in the world at the moment. But the list may change within days as car technologies develop on end. However, Naijacarnews will update you with the latest news on this as well as other stories in the auto industry!