10 most exotic and expensive Limousines in the world today

Limousines are a symbol of success and class. In the world of the rich, there are the stinking rich. See the most expensive limos around with their price tags!

Below is a list of the world most expensive limousines, collected by Naijacarnews.com!

Although the name implies small, on the contrary, that name is an irony to its real form. The Million Euro Mini is also known as the Mini Cooper, and it is the most expensive cooper in the world. It is owned by Princess Regina Abdurazakova of Kazakhstan. It is pink in color and is covered with Swarovski’s crystals that are over a million. Every wheel in the vehicle has crystals in the middle, with a diameter measuring over 3-inches; while the window coatings comprise roughly 50 grams of pure gold. The inner part of the vehicle possesses 70 TFT screens, 30 parking sensors, 20 parking camera and 47-inches television. 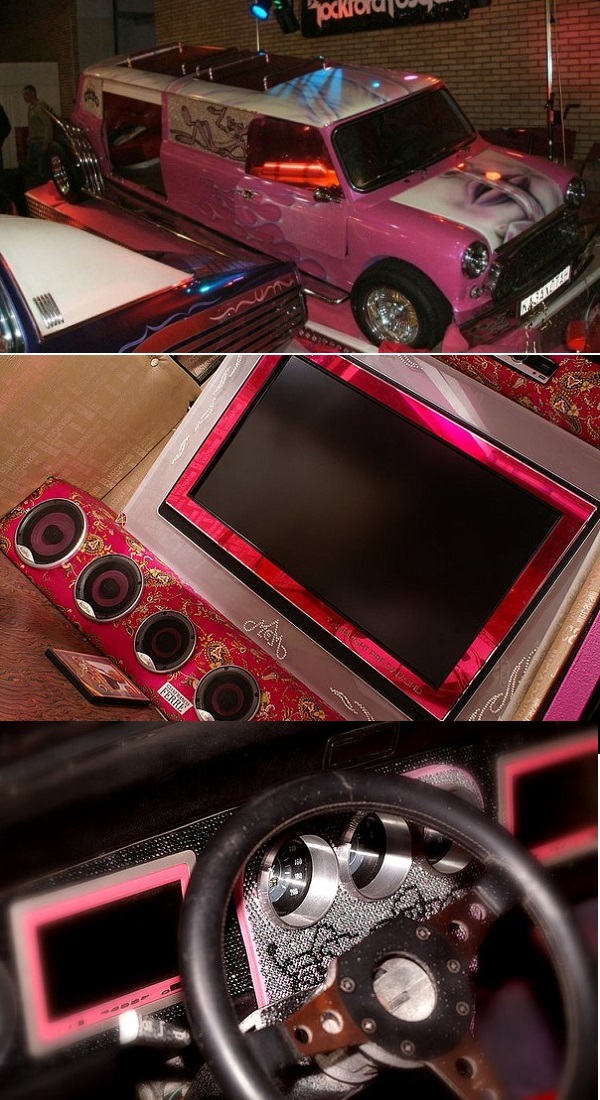 A princess's ride covered by a million crystals 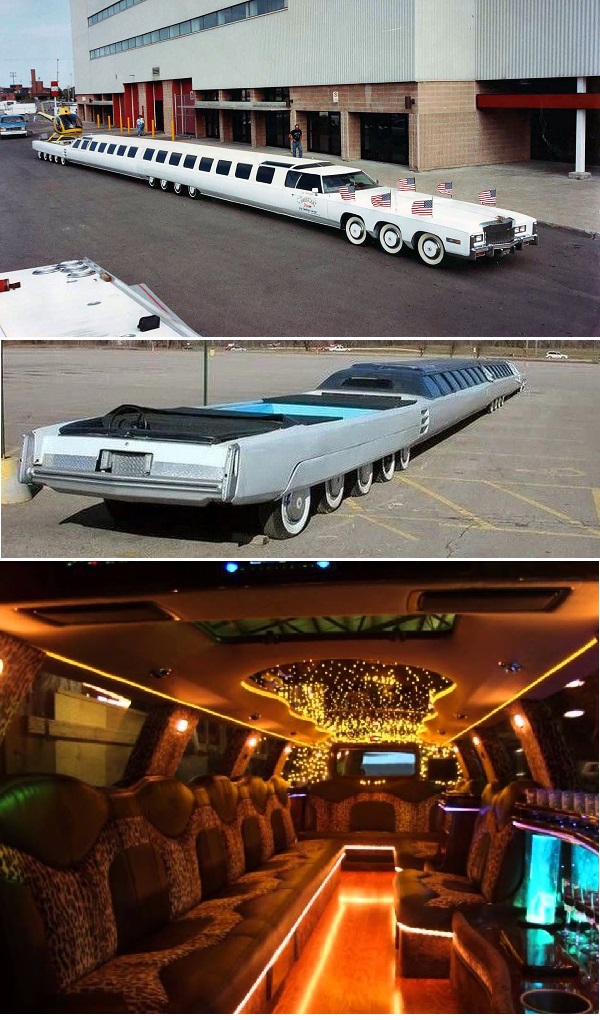 At 100 ft, this limo is one of the longest in the world, and has a helipad

>>> If you can afford, don't miss them: Biggest car shows you won’t want to miss each year

If you are fun loving, but security conscious. Then, the Armor Horse Vault XXL is what to consider. This vehicle looks like an armored truck, and possesses topnotch security gadgets. The vehicle’s glass is bullet proof; the steel grade is G-40, which enables it to prevent fire disasters. The interior possesses 6 LCD screens and an interior panel lingmade by Luxe Wood, high quality sound appliances, with a foldable pole, that is surgically designed for dancing. It also boasts a lounge.

The Armour Horse Vault is a luxury, fortified castle for max security

This is an invention based on Maybach Landaulet model, way back in the 20’s. The Maybach Landaulet of today is far refined and advanced; it possesses granite inlays, plaited with gold and V12 bi-turbo 612 HP engine to go together with the cream-like soft leather. It also has a foldable roof that enables passengers take sunbaths.

Maybach Landaulet uses an old concept to impact the future

Cadillac is a presidential limousine in the United States. Its model X09SV CA005 was customized for former US president, Barack Obama, in 2009. It is one of the cars in the presidential fleet. It is a part of the presidential entourage. It has a classified interior which allows us to have only a limited knowledge of that part of it. But what we are sure of is the limo’s more than required extravagance that spoils the president and his entourage. Reports have it that it possesses a lot of machineries, ammunitions and equipments, firearms, oxygen masks, first aid box, firefighter’s gadgets, tear gas and grenade launchers, to say the least.

>>> Do you know who is riding a Cadillac in this list? Top 10 richest politicians in the world and their cars 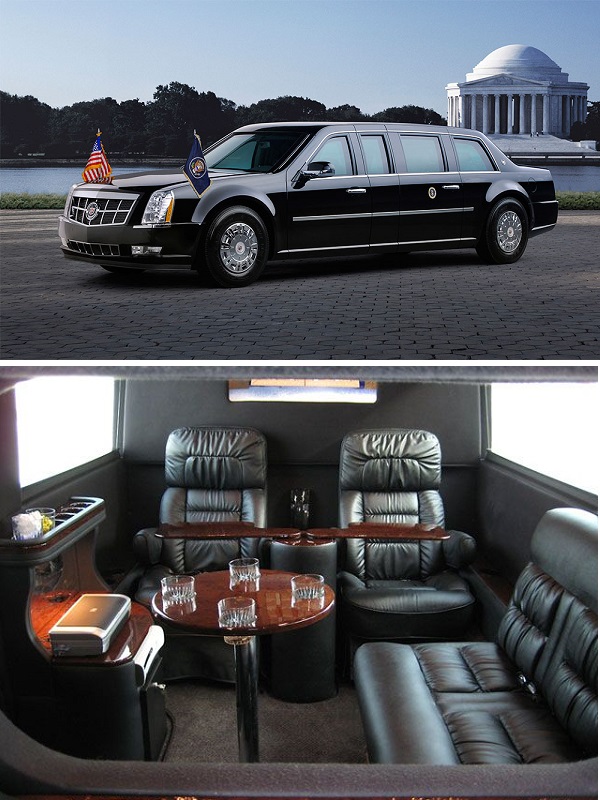 Cadillac One is a car in the US presidential fleet, and was the official car of president Obama

>>> Limousines are not the only expensive car brands. See the cars that cost the biggest bucks here: Top 8 currently most expensive cars in the world 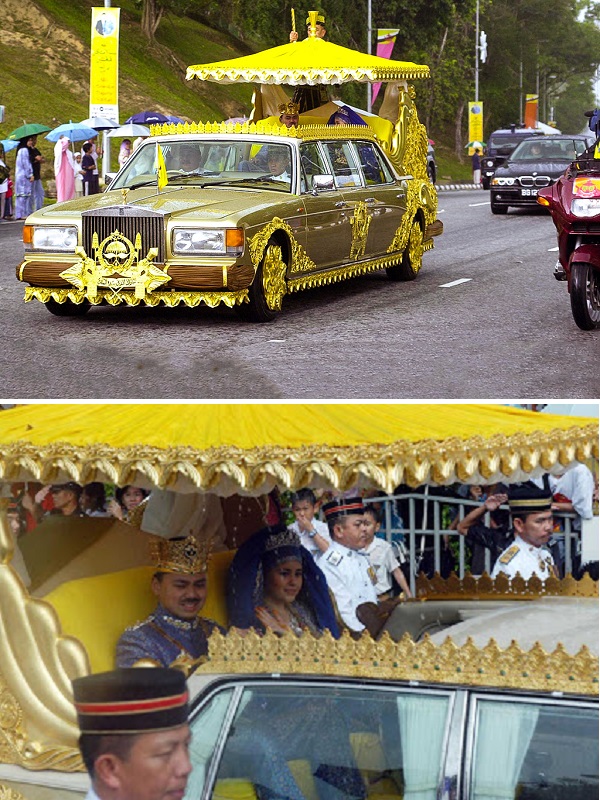 This vehicle is a replica of the Boeing 727; it is a product of a Mexican limousine company. It is like removing the wings of Boeing 727 and placing them in a Mercedes bus. This vehicle measures up to 24,000 pounds, and contains an exotic sitting room, a private board, a bed that is heart-shaped, a bouquet, and numerous televisions with a fireplace. It can speed up to 124 mph and accommodates up to 40 passengers.

It is an imitation of the Batmobile, a creation of Tim Burton in Batman series, which is one of the most famous vehicles in the world. It was made by a Batman series fanatic in 2012. It looks exactly like Batmobile; both in the outward and inward part but possesses a V8 warship spout engine. 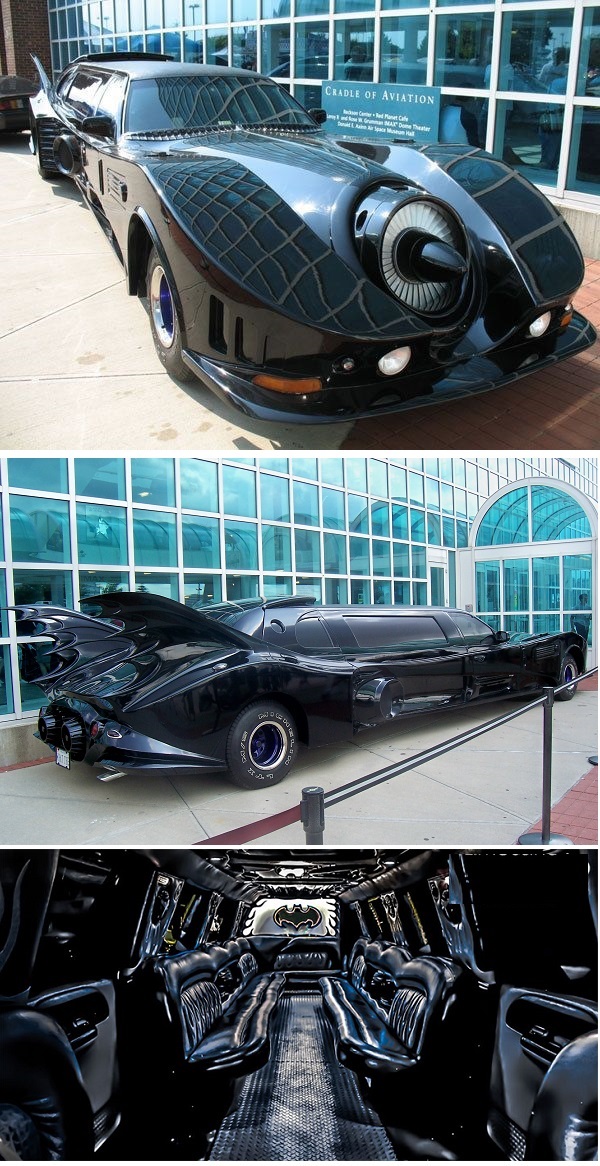 >>> Take a look at the rich & famous: Top 10 richest artists in Nigeria & their cars 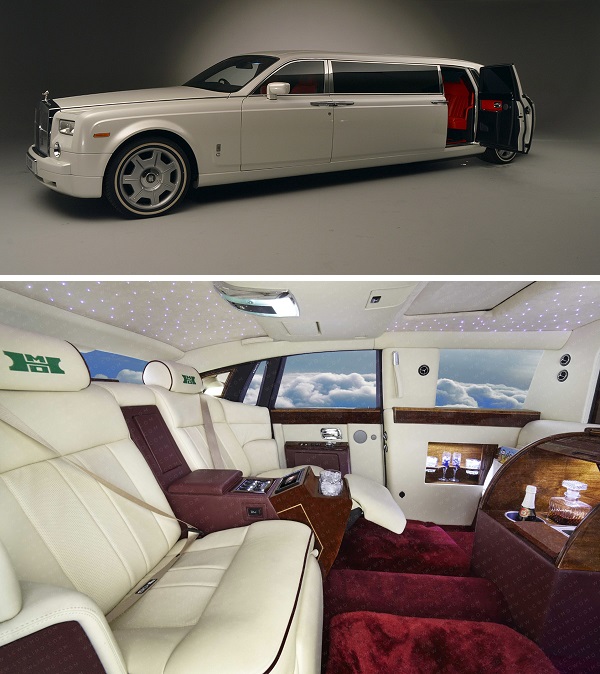 Its exterior looks exceptionally different from other limousines. It was built in 1986 with a tractor/trailer like frame. It is the biggest limo in the world for hire. It can occupy up to 40 passengers and it possesses about 1,800 watt capacity sound appliances with a dance club and DJ booth, three bar areas and provisions for bartenders. This makes it the world heaviest limo. Limousines give you a graceful feeling of fairing in wonderland. 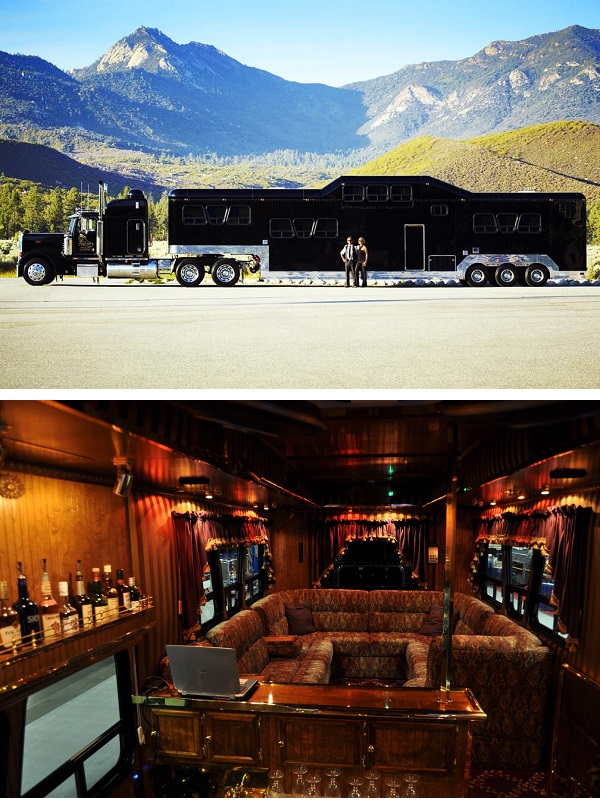 RV meets luxury pulled by a truck, is what The Midnight Rider is all about

Don't you wish you were worth a million bucks to cruise one of these babies?