40 most shocking facts about cars

Do you know that it is a criminal offense to drive around Russia in a dirty car? Check here the most shocking facts about cars that you could never think of before!

In our auto fun drive for today, Naijacarnews.com brings you some 40 amazing facts about cars. Read on to find out why Daniel Craig who played James Bond will always have an Aston Martin parked in his garage.

2. Holding a remote car key to your head doubles its range because the human skull acts as an amplifier (wow).

5. The first cars didn’t have a steering wheel. People had to steer them with a lever.

8. More men than women die each year in car accidents, most likely because men typically drive more miles than women and are more likely to engage in riskier driving practices.

9. The bestselling car of all time is the Toyota Corolla, with over 30 million sales since 2009. One Corolla is sold every 40 seconds around the world.

10. Bentley, Bugatti, Lamborghini, Audi, Ducati, and Porsche are all owned by Volkswagen.

>>> Do you know? How to quickly locate your Vehicle Identification Number 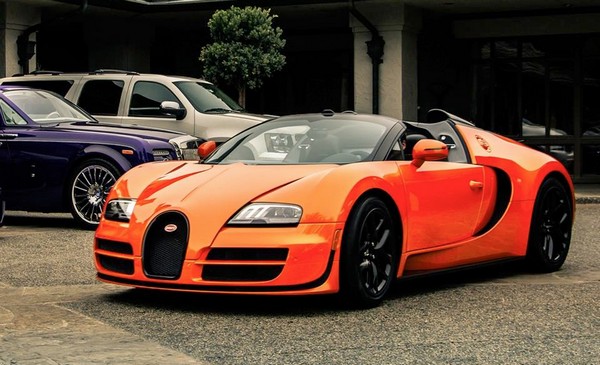 Many supercar brands like Bentley or Bugatti are owned by Volkswagen

11. It is a criminal offense to drive around Russia in a dirty car.

12. Airbags move at up to 4500 miles per hour and deploy within 40 milliseconds of a crash. They are designed to deploy at an impact speed of 19 miles per hour.

13. Toyota is the world’s largest car manufacturer. Each day it produces about 13,000 cars. Ferrari, in contrast, produces a maximum of 14.

14. Mechanophilia is a sexual attraction to cars and other mechanical objects. One man, Edward Smith, has admitted to having sex with over 1,000 cars. His current “girlfriend” is a Volkswagen Beetle named “Vanilla.”

15. Daniel Craig, as a reward for playing James Bond, can take any Aston Martin from the factory for the rest of his life.

16. The car company Chevrolet is named after the company’s co-founder Louis Chevrolet, a Swiss-born car racer.

17. The name “BMW” stands for Bayerische Motoren Werke, or Bavarian Motor Works. Not “Be My Wife.”

18. Before the advent of the car industry, over 15,000 horses were left to rot on the streets of New York every year. Consequently, automobiles were seen as an environmentally friendly alternative.

19. When Volvo invented the modern three-point seatbelt 50 years ago, they made the patent open and free to all car manufacturers.

20. Mercedes’ three-point star in its logo represents its mission to make transportation easier on land, on water, and in the air.

21. BMW had to recall their GPS system model cars. The reason: male German drivers refused to take directions from a female voice.

22. 92% of all new sold cars in Brazil use ethanol which is produced from sugar cane.

23. When the car radio was introduced, some states wanted to ban it arguing that it could distract drivers and cause accidents. 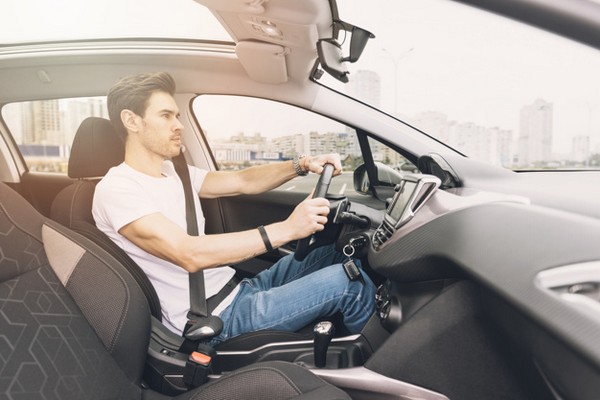 27. Honking your car horn, except in an emergency, is illegal in NYC.

28. In the early years of the 20th century, horses were causing so much pollution with their poop that cars were seen as the "green" alternative.

29. 35% of the world's population drives on the left side of the road.

30. The inventor of intermittent windshield wipers tried to sell his idea to the auto industry and was turned away. When they began showing up on new cars, he sued, and won.

31. Having no recollection of your drive to work or school (autopilot) is called "Highway Hypnosis."

33. Louis Chevrolet, the founder of Chevrolet, died bankrupt and poor working as a mechanic for the company he started.

34. The world's first speeding ticket was issued to a motorist in 1896. The limit at the time was 2mph and he was going at 8mph.

36. The world's cheapest car is manufactured in India and is called the "TATA Nano".

39. Many new cars manufacture engine noises through the speakers so they make noise when the car starts, then are quiet the rest of the ride.

40. There are currently about a billion cars in use around the world.