The Porsche Taycan is possibly the most popular Porsche even in the last decade, but how well do you know it beyond the hype? Find out its amazing facts here.

The Porsche Taycan came to life as a result of the hard work of Porsche and the Volkswagen Group. This car is said to be one of the the most iconic cars Porsche has ever produced, and remarkably, it has met and even exceeded all the sometimes wild and crazy expectations that is required of it. In this article, Naijacarnews brings you some pretty amazing details and the nine facts about the mesmerizing Porsche Taycan you need to know but may not have heard of about the car. Let’s get into it!

1. Porsche Taycan is the most expensive project Porsche has ever done

This project consumed a whole lot of euros (above 6 million euros) in its production.  The reason was since it was their first electric car, an entirely different factory in Stuttgart making use of the Electrify America Program had to be set up to for its actualization. This however means that every car they produce henceforth will have a bit of electric propulsion system in their making. Impressively, Taycan is worth the trouble.

Heard of the billion dollar man? This should be called the 6 million euro car!

2. Little or no leather in the interior

Whattt? The Taycan is not furnished in its interior with leather, except for the steering wheel. The reason for this adoption emerged from the fact that it opted for an eco-conscious vibe. But, the kind you choose also has to do with if it will include leather or not. In other words, the standard trim for the Taycan includes the use of leather gotten from dead animals, while in the Race-Tex upholstery, the covers for your seats is furnished with faux leather which is like no leather at all.

>>> Are any of these fellas driving the Porsche Taycan yet? Top 10 richest artists in Nigeria & their cars

3. Taycan has a dark mode

The standard feature within the infotainment system of a car is always evaluated. For Taycan, anything you display has a dark mode. This, most car users love to have. In other words, the infotainment of this car is standard while offered in Dark Mode. There’s however an option to this.

If you feel you don’t like the dark mode, you can change it to white. One advantage of this dark mode, however, is the fact that it uses less energy compared to the white mode. It remarkably has five amazing displays in its cabin. Right at the back of the steering wheel, there’s an LG 16.8-inch displayed OLED. 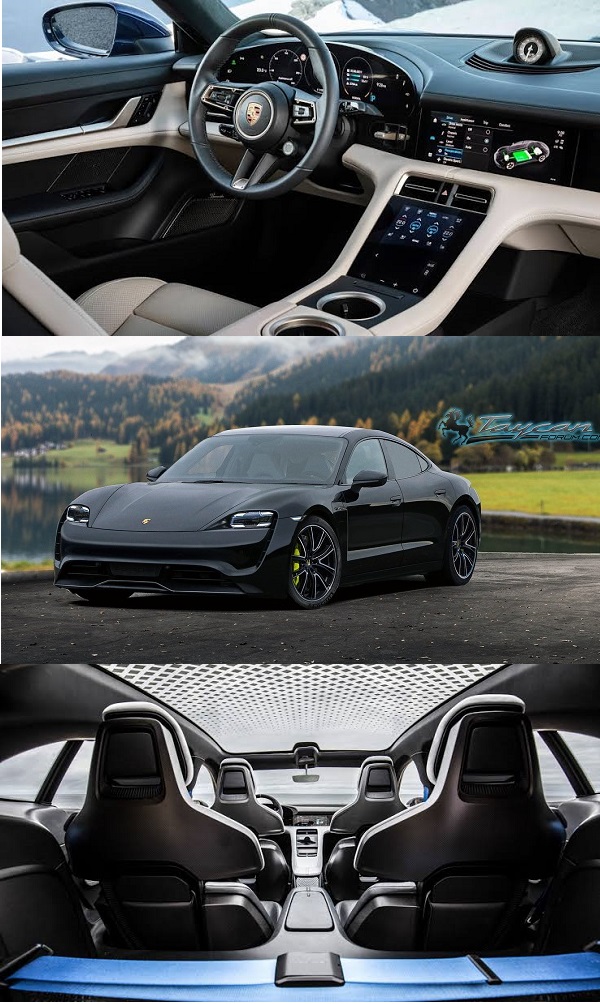 Outside and inside, this car is totally one for the books

4. The five screens embedded in the car

In this Taycan car, one finds five different screens planted in the car. Interestingly, they are screen touches. Five of them are:

For the pillars and floor, they are made of steel while the battery cage, some of the architecture and almost all the body is made of aluminum. In it also, you find bits of magnesium and a lot of adhesives. These qualities are also found in other Porsche cars. It simply picked from what it had on ground and added to the new things it learnt. This makes it highly qualitative and competitive when compared to others.

6. It can do doughnuts

When we talk about the agility of a car, the Taycan can go in circles perfectly. For display, test drivers did donuts with it and it did it perfectly making it noteworthy. It has the capability of moving in directions no one believed it could and it burned a bit of rubber too.

>>> Do you think footballers prefer Porsche cars to other supercars? Top 7 African footballers with the most expensive cars

7. It comes with a two-speed transmission

This Taycan is able to go on two-speed transmission which makes it more efficient, because it is an electric car. With this two-speed transmission, it can do what other regular cars can. In other words, it can introduce longer gearing with a higher gear which reduces power consumption and improve battery power for the wheels. It is a perfect cure for high energy consumption when on high speed. 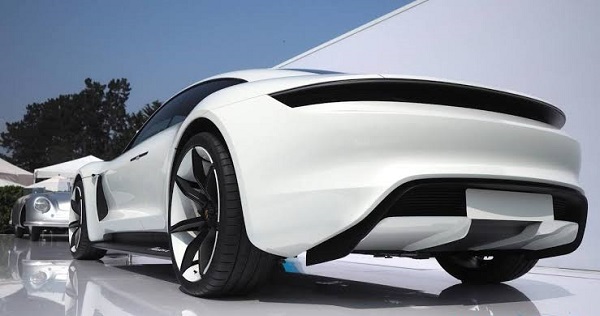 It can move 0-60 mph in 2.6 seconds, 0-124 mph in 9.8 seconds and has its top speed as 161 mph. Its sport mode makes it attain maximum acceleration with the help of its rear-biased power distribution. The Individual Mode can also make you adjust all the features the way you like it. 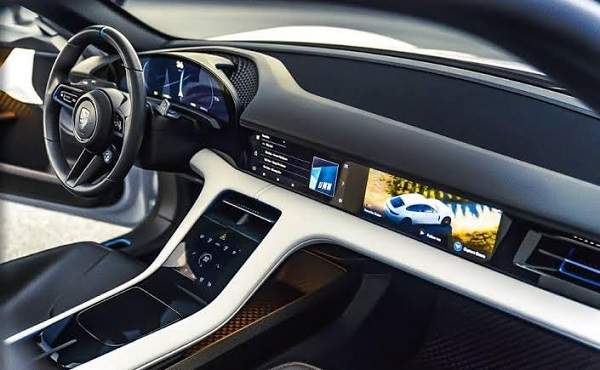 The Taycan which is the most expensive, and which wears the Turbo S badge, costs just under $250,000, that is ₦90 million or maybe $242,000, which is ₦87.1 million. This makes it more expensive than most Tesla Models.

Now that you know, are you not even more excited to see how this machine feels under you?

>>> You can get car buying and selling tips right here as well as new release information!