Incognito: Supercars from car-makers no one knows

Bet you could reel out the names of the world's biggest supercars manufacturers. Don't close your list though, here are fantastic autos with unknown makers.

Everyone knows that if you a car lover, you probably have no problem recognizing automobiles from brands like McLaren, Porsche, Ferrari, Pagani, or even Ford GT.

Obviously these auto companies account for a vast number of the super cars we have all come to know and love.

However as you dig deeper beneath the surface, going back to supercars history, you will come to realize that some fantastic vehicles have come and gone, without the carmakers becoming household names.

The following are some pretty awesome automotive creations made by automobile manufacturers that you may not have heard of, but that have been responsible for some of the world’s finest vehicles ever. Let's see the list of unknown supercars collected by Naijacarnews!

This brand was launched in the year 2004. It was constructed by the German carmaker, Lotec. It took Lotec 10 years to produce this car.

The company’s founder is Kurt Lotterschmid. In recent times, the number of Sirius cars has dropped drastically. It’s mid-mounted Mercedes-sourced 6.0-liter V12 engine outputs 1,200 horsepower at its most powerful, and sprints to 60 mph from zero in just 3.8 seconds. The engine is not the only ticket to “supercardom” for the Sirius. Lotec poured its commendable car know-how, into every aspect of its designs. 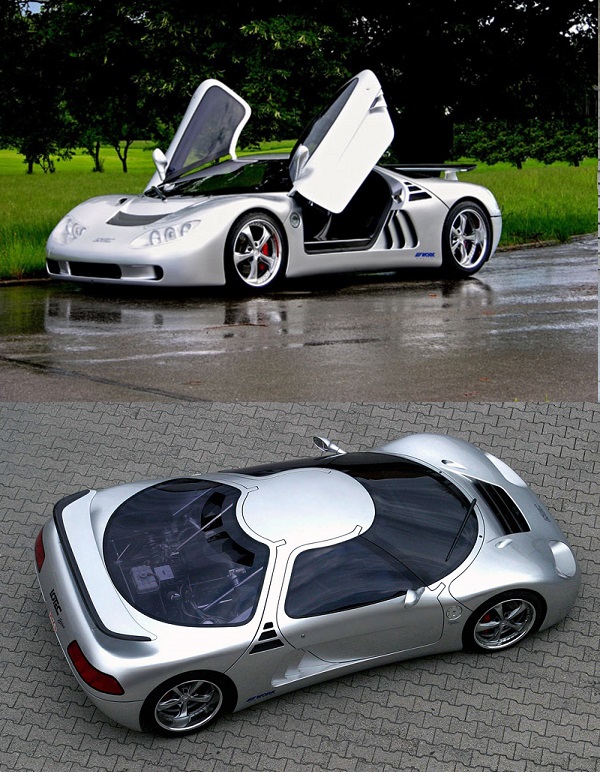 Lotec Sirius packs a v12 engine with a dazzling design

Ascari automobile was manufactured by a Dutchman who was based in the United Kingdom. The KZ1-R was the racing version used to replace the Ascari A10 which happens to be one of the best supercars of its time. The KZ1 made 0-60 mph in 3.7 seconds and ¼ mile in 11.8 seconds at 124mph. It weighed just 2,755.8 Ib. 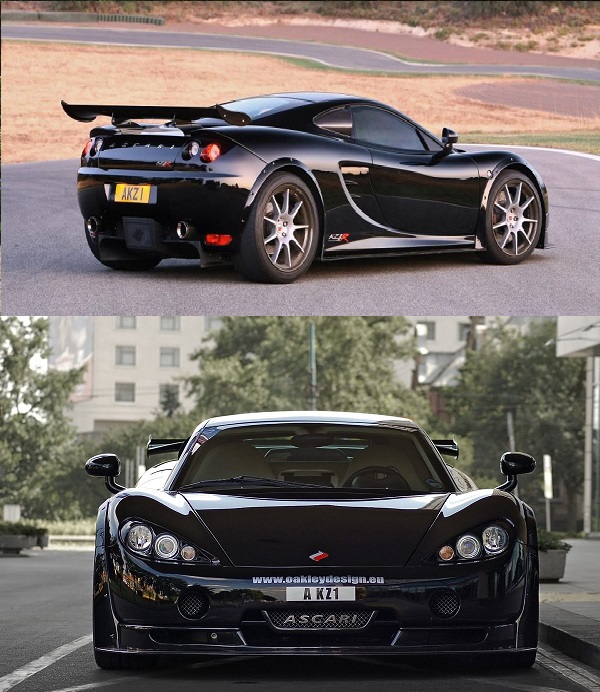 The Apollo used a 4.0-liter twin-turbo version of Audi V8’s engine that was housed in a tubular chromoly frame, with either fiberglass or carbon-fiber body panels depending on the required specifications. Apollo has advanced aerodynamics which means the car can be driven upside-down in a tunnel at 190 mph, but no one has gathered the courage to give it a try. 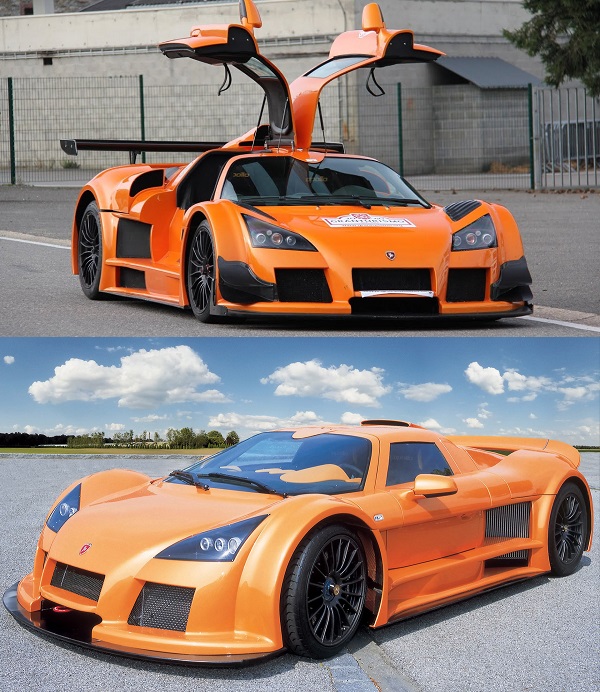 The Noble Company has been in existence since 1999. They are still in production, having the M600 as one of its current supercars. The standard features include: a Volvo twin-turbocharged V8 engine, carbon-fiber body shell and a 6-speed Yamaha gearbox. 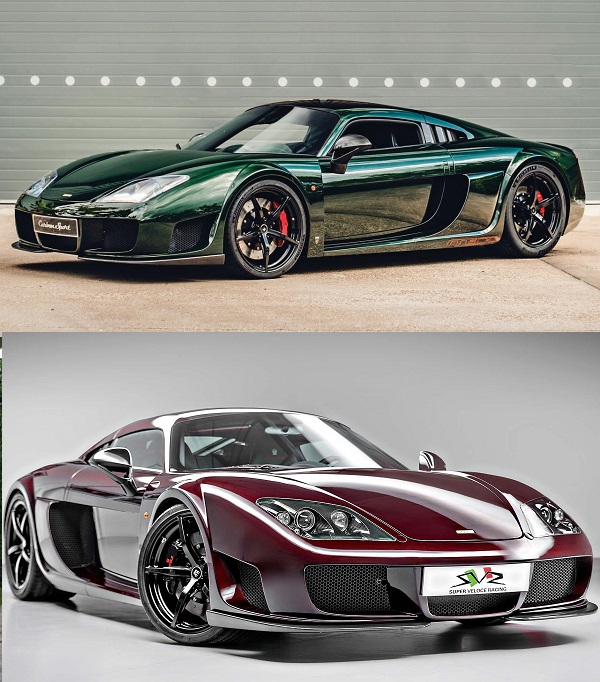 The Vector W8 had a list of high-performance features that were breathtaking at the time. It started with the 625-hp twin-turbo V8 mid-mounted in a semi-monocoque chassis, clad in Kevlar-and-carbon-fiber bodywork. The interior included power adjustable seating, with lumbar adjustment and a high-end Bosch sound system. 22 units of the W8 twin-turbos were made between 1989 and 1993, and all were with horizontal lines across the rear. 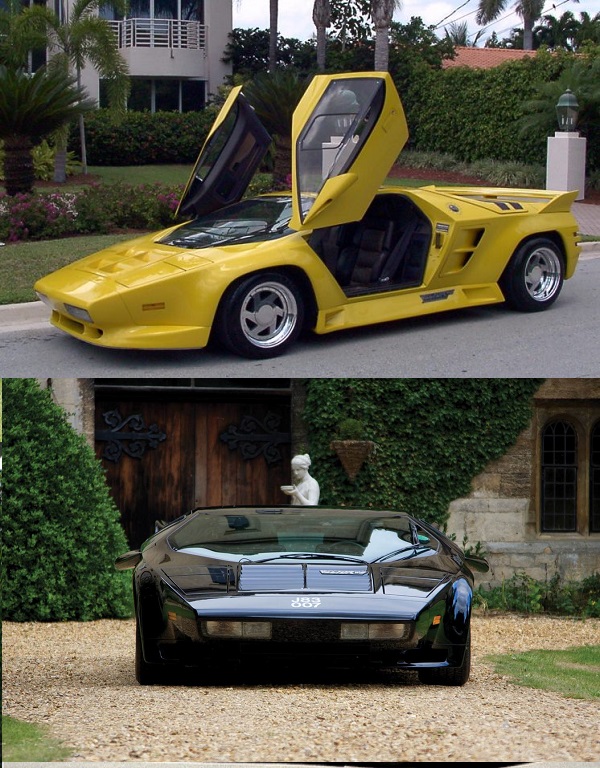 The TS1-GT is built on the ST1’s foundations. It has a new design for its all-new drivetrain that includes an in-house developed 5.8 liter twin-supercharged V8 engine, and a 7-speed paddle shift transmission that uses helical-cut dog gears. Production started in 2016, and theTS1-GT claims to have a 0-60 mph time of 3.0 seconds. It also has a track-focused version called the TSR, which in turn has its own road-legal version called the TSR-S. 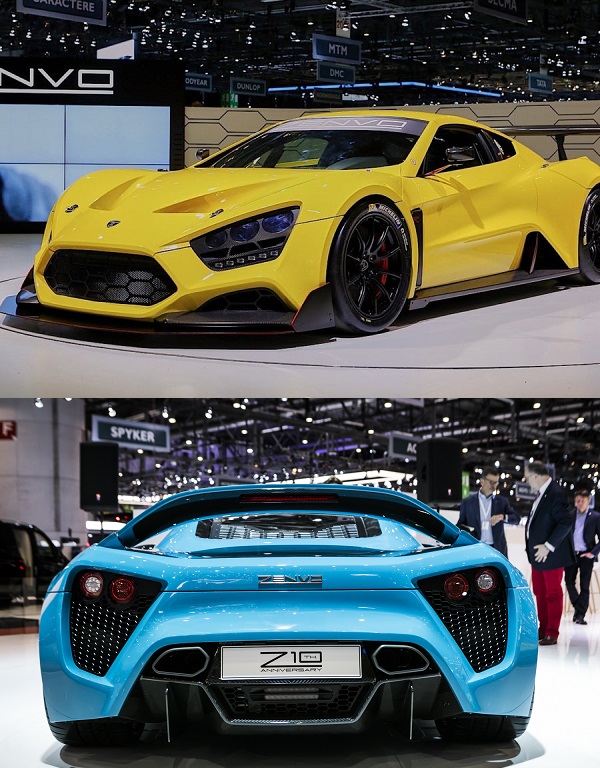 Arash auto manufacturer is among the few brands that are still in existence, after 20 years in business. Arash AF8 was revealed in 2015, and uses a GM-sourced 7.0-liter LS7 V8, making 550 horsepower, and comes mounted on a chassis. That chassis is constructed with steel, aluminum, carbon-fiber and boasts a 6-speed manual transmission. One of its unique selling points is the Kevlar and carbon-fiber floor that provides “ballistic” protection from stones and debris that are kicked up. 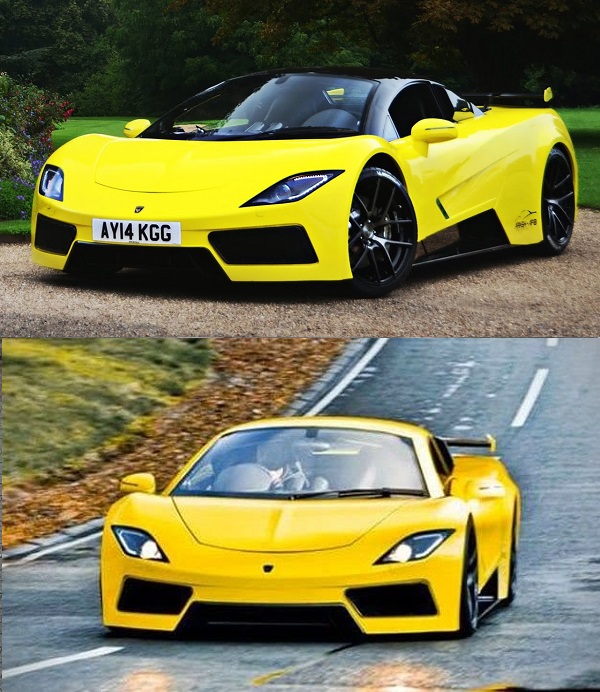 The Sarthe has a manual transmission and little in the way of electronic gadgetry that helps to control the 622-hp, and 618 Ib-ft of torque, all powering from the Hennessey-tuned 6.3-liter V8 engine. 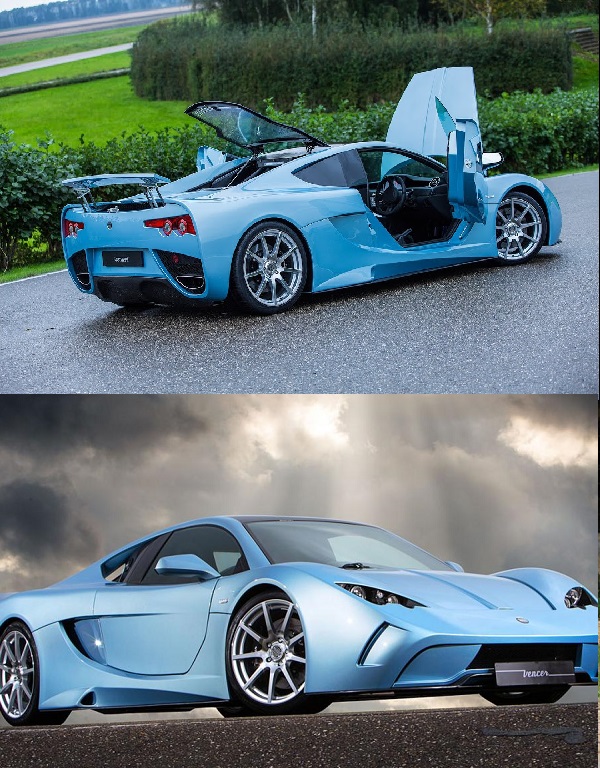 Vencer Sarthe boasts 6.3L in a V8 engine but not much tech

This brand was originally called “Mega,” with the French auto company, Axiam, in mind. It is now owned by Polaris. The standard features are 20-inch wheels, an adjustable suspension system that could raise it from 8 inches off the ground clearance to 13 inches for going off pavement. This of course would wonderful for off road driving or Nigerian roads. 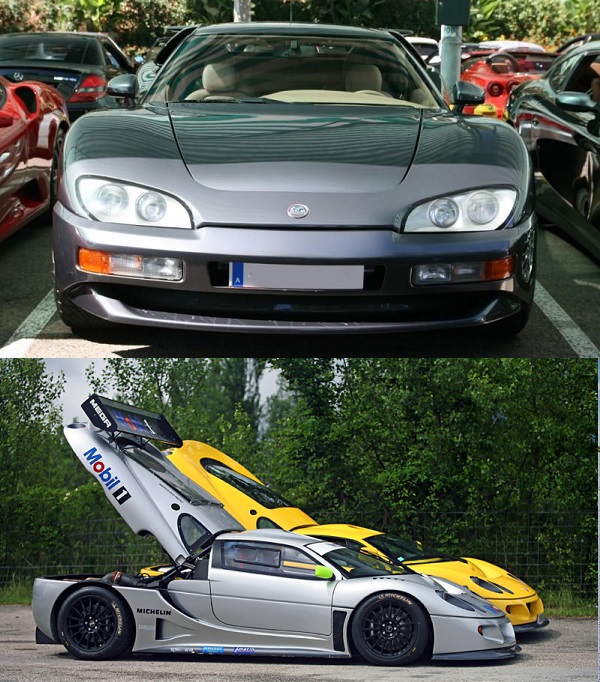 The Ultimate Aero came with a supercharged Chevrolet Corvette C5R V8 engine. Making 1,046 hp and 821 Ib-ft of torque, and topping out at 249 mph. The record-breaking TT version clocked 256.14 mph for its record. 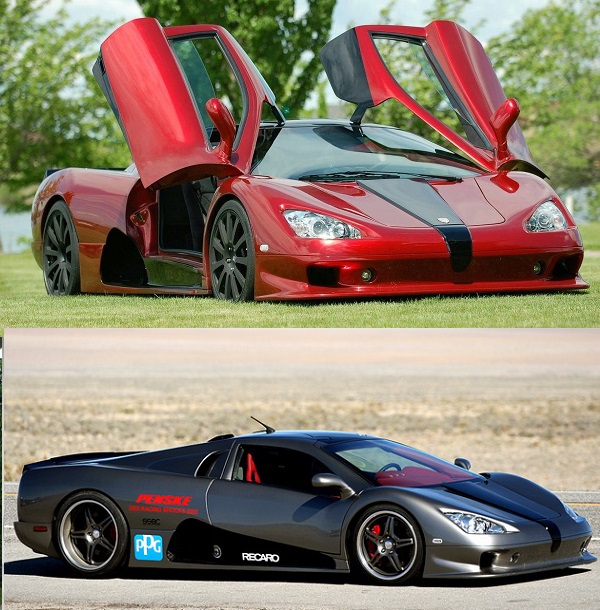 The 2007 GT9 is founded on the 993 GT3, but takes the heavily modified engine. It is a work of flat-6 engineering art, and in top spec makes 1,120 hp and propels the GT9 to its top speed of 254 mph.  9ff made a high-performance version with the GT9-R to try and claim the street-legal car record from Bugatti, but the claimed 260 mph speed was never tested. In total, 150 GT9-R were built. 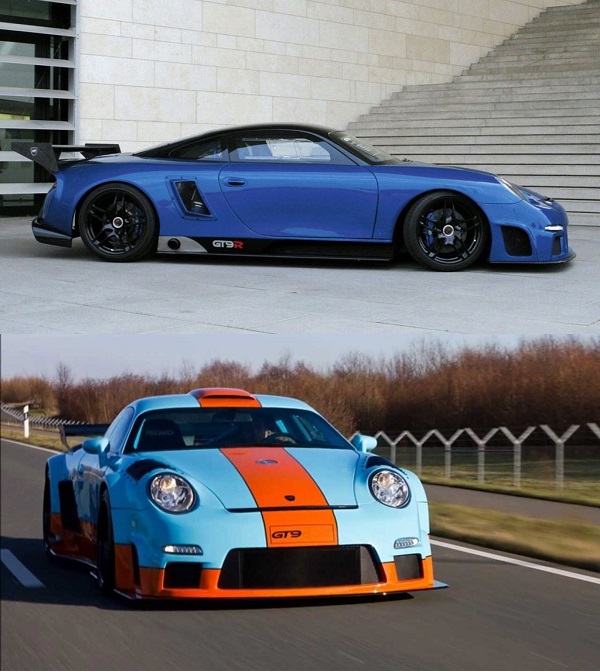 There you have them, the supercars that are poor cousins to the world's famous brands like Lamborghini and Porsche. However, if you can afford any of these, feel free to go for it. In the end, a suercar is a supercar, right?