Interesting facts about Audi you should know

The Audi is indeed an interesting line of cars known for their comfort and luxury. When it comes to elegance and classiness only but a few match the strong design with which the Audi cars are constructed. It is just as if the German manufacturers actually took their time to craft out this impeccable brand of car that does not only use advanced technology but is also popular in the sports world. 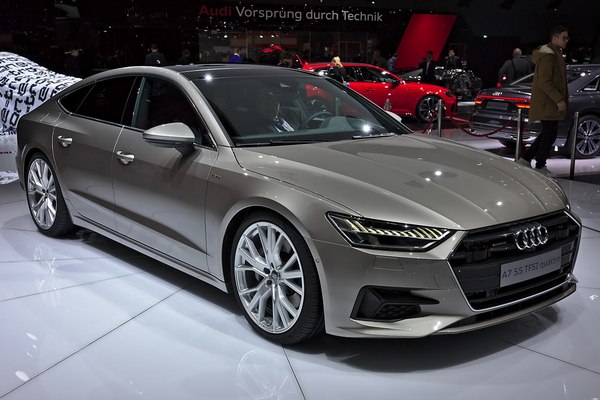 We decided to start with reviewing the name. you obviously would be familiar with certain terms like ‘audio’, ‘audible’, ‘audit’, and ‘audience’, all related to hearing. They all probably must have had their origin from the latin word for ‘hear’.

Again the German word for hear is ‘horch’ and it would be amazing to say that the name of the founder of the Audi automobile company is August Horch. Due to legal issues he had in the beginning years after forming the company, August Horch was asked to remove ‘Horch’ from the company name (August Horch Automobilwerke GmbH). He then decided to use Audi as the final name.

>>> We know you are an avid reader: Why spare tyres are smaller than regular tyres?

2. The four rings in Audi logo stands for the four companies of the Auto Union

Even though August Horch and the Horch automobile company ended their relationship and parted ways in 1899, in 1932, things got better between them as they decided to mend ways. It was during that period that Audi formed the auto union with Horch automobile company, Wanderer and DKW. Each of the companies had a brand they were known for; Audi became known for deluxe cars, Horch for sophisticated luxury cars, DKW was stuck with motorcycles and the smaller cars while Wanderer went for standard medium-sized cars. Hence, the four rings in the logo.

The four rings stands as a symbol of the Auto union

3. Audi has the R8 qualification

The R8 is not easy to construct yet the Audi has an infrastructure housing the very best and the necessary requirement for the R8 and the Quattro GmbH.

This infrastructure known as the ‘Neckarsulum facility’ is located in the Neckarsulum city in Germany. It is said that there, constructing just one R8 requires up to 5000 different components and up to 70 hours of labour. The effect of this is that for each day, the company unfolds only about 20 R8’s or even less. Because of the exclusiveness of this factory and the job itself, only the best and highly experienced employees are selected to work in this capacity. >>> You guess Audi is listed or not? Top 8 best selling cars of all time

4. The Audi has ties with Volkswagen

Contrary to what majority think, the Audi does not exist on its own even though it started alone. It is in a way owned by Volkswagen; one can say it is the luxury brand of Volkswagen. Before the Volkswagen, the popular founder of the Mercedes- Benz car manufacturing company, Karl Benz, initially owned Audi. Volkswagen later purchased the Audi in 1966 and since then has been ranking high in the market. 5. Audi has been conducting crash tests for more than 75 years now

Audi speaks of functionality, performance, speed and safety. You might think that crash testing is a new development with the recent cars. But, you would be surprised that Audi has been conducting crash tests as far back as 1938. This is to show how much value Audi places on the safety of its drivers and passengers as well.

The rivalry is one that has existed for a long time now. It happened that the Olympic logo, which was introduced in the year 1912 with 5 rings, had a strong resemblance to Audi’s 4 rings. It got to the point that Olympics sued Audi in 1995 but Audi came out as the winner of the lawsuit. That still doesn’t seem to change the view of the Olympic committee especially considering the fact that the Olympic logo was about a decade older than that of the Audi.

I bet that if we dig even deeper, there more interesting facts to unveil about Audi especially as they have advanced more in technology with the recent years. Here in Naijacarnews we bring you the best in Automobile fun news as well as buying and selling tips!