A driver had a fun day when his gear stick got in-between the fresh thighs of a beautiful woman. How did it happen!

As captured in the video, the incident, believed to have happened in Nigeria’s commercial hub Lagos, captures the light-skinned lady who had her fresh thighs across the gear stick, leaving the driver with no choice but to carry on with his driving duties, regardless of her body. Sources claimed that the bus was overloaded; hence, the lady had to sit so close to the driver. 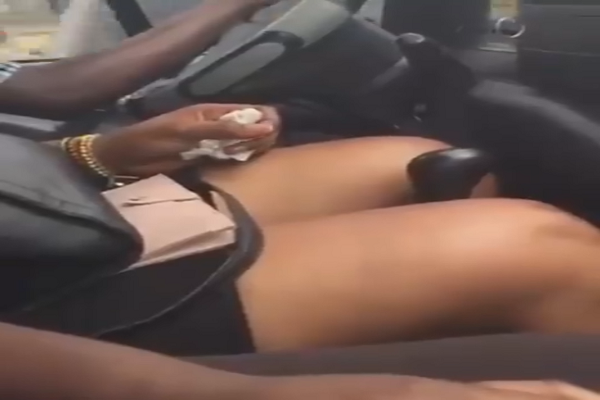 The lady positioned her thighs with the gear stick in-between

There are concerns as to whether or not the driver’s action qualifies as sexual harassment. From all indications, the lady sat there willingly. She was neither coerced no forced, and she did not protest against the driver putting his hands between her thighs. Hence, the argument of sexual harassment does not hold water.

>>> On another development, Curvy Destiny Etiko gets Mercedes-Benz as birthday gift from an anonymous Samaritan 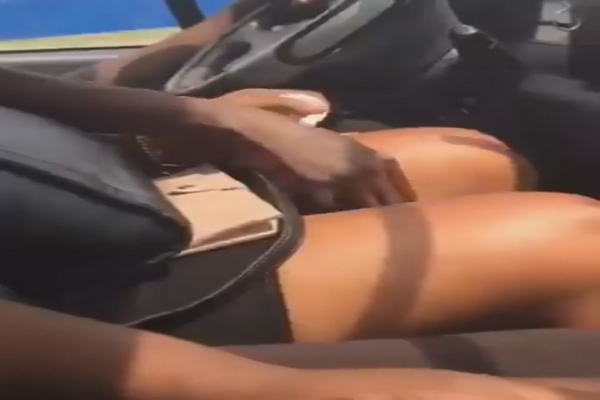 The driver must have felt so happy with her seating position as he continuously changed the gears more often than necessary. Well, you cannot really blame him. It is not every day that he has his gear lever in-between the thighs of a lady with flawless skin. We only hope that he did not get into an accident due to the distraction.

Watch the full video below!