Did you know that Germany has just opened electric highways for trucks in an effort to curb Air pollution? Check out the photos and read the gist here now!

It’s a totally new innovation that Germany has just found as a way of curbing the excessive pollutions that are usually caused by various heavy-duty diesel truck in their country daily.

It typically delivers a system which allows big trucks to be able to draw electrical power directly from installed overhead cables. The system has now been launched into full operation on 6.2 miles (10 kilometres) of the autobahn in Germany since Tuesday 7th of May, 2019 according to the government of Germany. It is the very first of such a test on a major public road in Germany by record now. 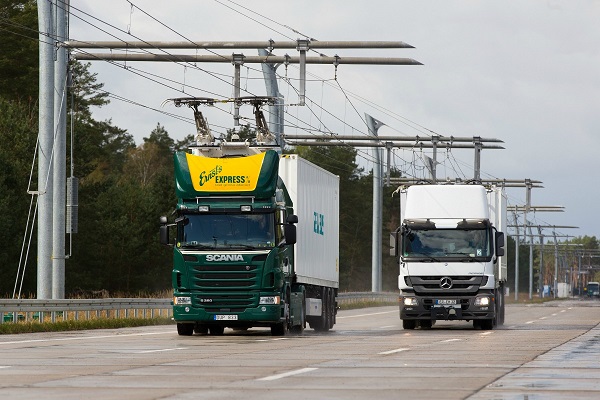 Germany launches its first ever public electric highway for trucks

These trucks run directly on powerful electric motors whenever they are connected to the special overhead electric lines, and a complete hybrid system whenever they return back to the traditional road. They are equipped with sensors which help to detect when there are available overhead wires for the trucks.

Siemens claims that this new e-Highway system really combines the efficiency of a typical electric rail with the very flexibility of conventional trucking. Another obvious benefit of this new system is a clear reduction in the emission of nitrogen oxides and CO2 from the heavy-duty trucks.

The development company SIEGY (Siemens) argued that this new system can directly be integrated with any existing laid out road infrastructure thereby making it a completely practical way of reducing emissions as well as energy consumption especially in places where railway lines are not so feasible. 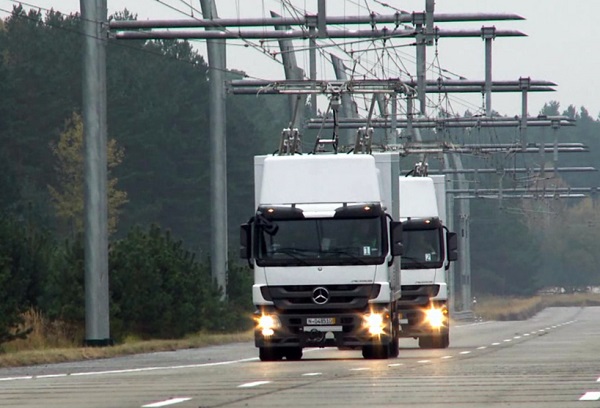 The government of Germany spent a total of €70 million (₦27.7 billion) just to develop the improved trucks alone that will be capable of using the new system.

As much as this might seem like a lot of money, you will be amazed to also discover that Siemens disclosed that each owner of these new trucks could save as much as €20,000 (₦8 million) just on fuel alone for over 62,137 miles (100,000 kilometres) of travel. That’s a huge amount of savings, isn’t it?

The environmental boost from the new Electric Highway

Everyone knows that truck transportation is the fastest growing world’s source of oil demand, as the International Transport Forum claims, which is also part of the Organization for Economic Co-operation & Development.

According to this group, the transportation of goods by road will pretty much account for over 15% of the world’s projected increase in the global CO2 emissions by the year 2050. 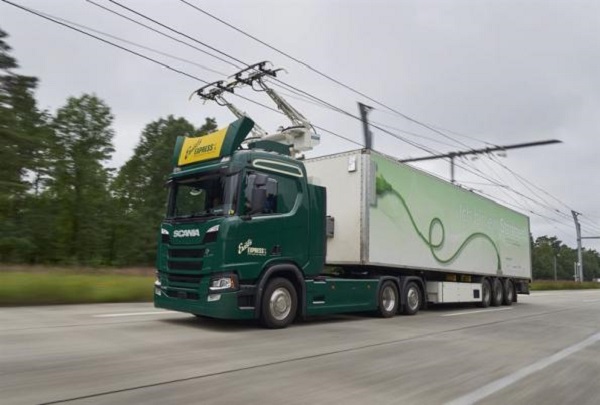 Projects like this e-Highway in Germany could really be a huge part of a better solution to global warming which also includes increased electric rail lines and electric vehicles usage as well with time.

The German Federal Ministry for the Environment’s State Secretary, Rita Schwarzelühr-Sutter, when commenting on this latest development said;

“Electrified trucks are particularly efficient solution on the road to carbon-neutral transportation.”

It is also fascinating to discover that demonstrations and tests of this very e-Highway technology have as well been conducted in Sweden on a smaller scale and also near the US ports of Long Beach and Los Angeles too.

The future is looking really bright and better with such all these innovations and technologies being put forward by different brilliant minds across the globe.