Most expensive car collections in the world

The world's most expensive car collector is not just super rich but a proud owner of over 5000 luxury cars in a highly secured garage. See Sultan of Brunei collection and other top collections!

1. Who owns the most expensive car collection in the world?

When it comes to owning exotic vehicles on the planet, a lot of name comes to mind such as Jay Leno, Manny Khoshbin, Cristiano Ronaldo, our Nigerian Dino Melaye and some other celebrities who are known for their love for cars. No doubt, these people have amazing collection of cars but they do not even come close to the person who has most expensive car collection in the world.

Sultan of Brunei, Hassanal Bolkiah according to report boasts of a shocking over 5,000 cars in his collection and this is the correct answer to owner of the most expensive garage worth around $5 billion, which translates to 2.3 trillion naira. 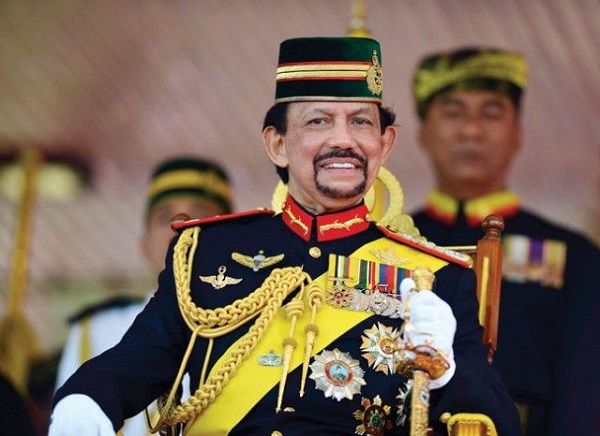 Hassanal Bolkiah is the present Prime Minister of Brunei as well as their 29th Sultan, which put him at the position of an absolute monarch. He is a man of great taste for cars and he has shown that in the number of cars in his collection. When you hear of 5,000 cars, the following questions pop up in your head: Does he drive all of them? How does he keep track of them all?

It is absolutely normal to question oneself over this insane figure. Don’t be too anxious, we will show you what you need to know about this sheikh’s collection that has become a symbol of envy to other collectors around the world. 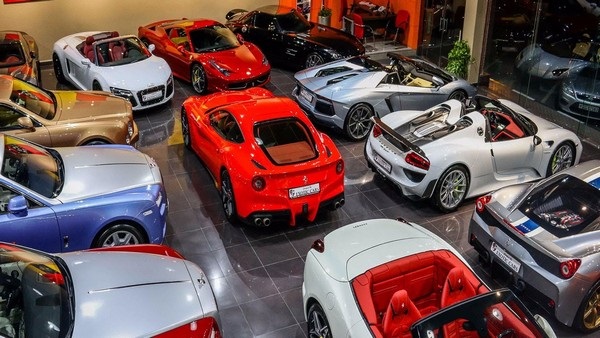 Hassanal Bolkiah has over 5,000 luxury cars in his collection, making it the most expensive garage on the planet

2. Facts & pictures of the most expensive car collection in the world

A net worth of $20 billion (₦7.25 trillion) can surely do a lot of great things in this life. Sultan of Brunei might not be the richest man in the world but he is the greatest collector of exotic cars alive.

From what Naijacarnews can gather, the Sheikh made a revelation on how he spent a whopping $78 million on Pininfarina S.P.A, coach-built Ferraris years back. At a time, he also acquired a $14 million worth of gold-plated Silver Spur Limousine from Rolls Royce. 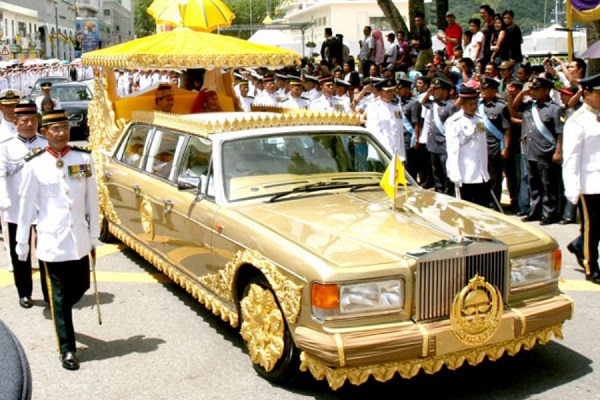 It is slightly difficult to pitch all this entire collection of cars together because the man doesn’t allow public view of his amazing collection. Only few people had the opportunity to witness these; luxury cars live in the state-of-the-art well-secured facility. 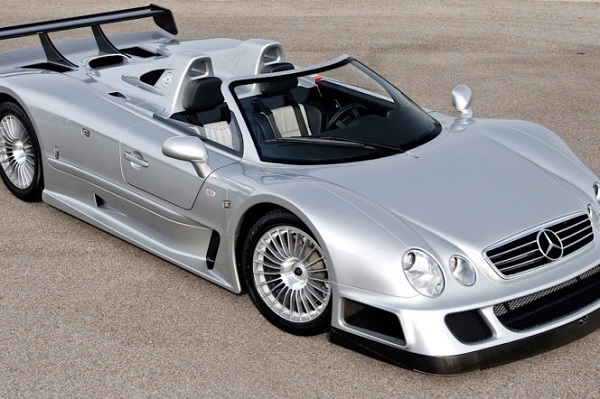 Some of the cars owned by the Sultan of Brunei are tended to by a group of maintenance experts, some are kept in the hanger while some are left to depreciate and rot away. 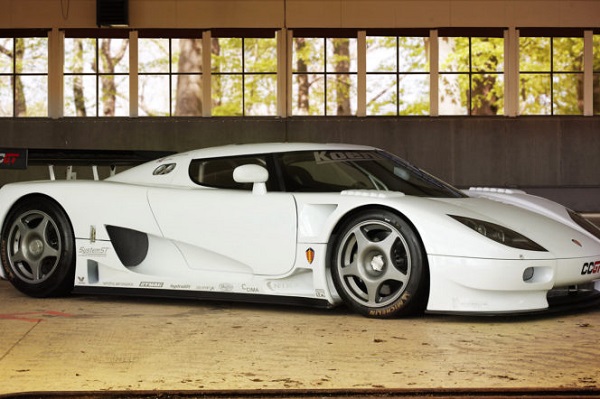 Sultan of Brunei has at least 6 Bugattis, 11 Aston Martins, 21 Lamborghinis, 209 BMWs, 134 Koenigseggs, 179 Jaguars, 452 Ferraris, 382 Bentleys and several others rare cars in his world’s most expensive collection. His collection is estimated to worth $5 billion. 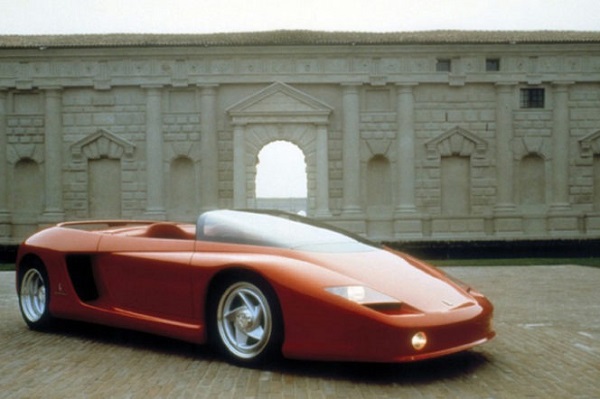 Sultan is also a big fan of Formula 1 racing cars, which made him acquire a lot of them to his luxury collection. 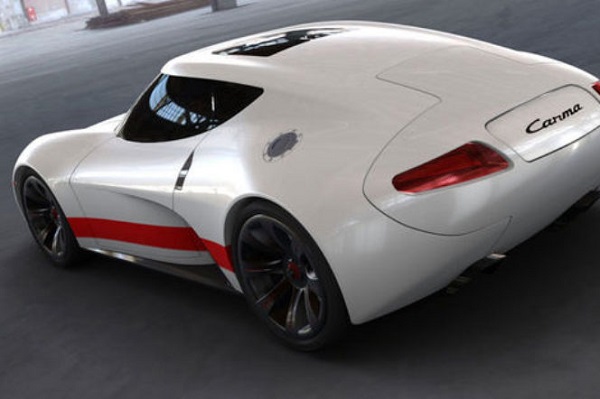 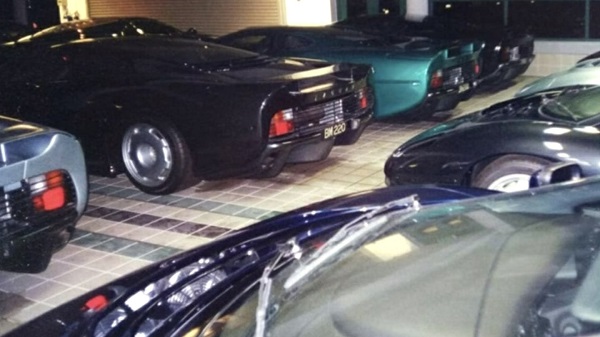 On the number 5 of our countdown of the most expensive cars on the planet is the Veneno by Lamborghini, which means poison in Spanish. It was built to celebrate the company’s 50th anniversary and was introduced at 2013 Geneva Motor Show.

The Lamborghini Roadster can accelerate from a standstill of zero to 60 mph in a remarkable 2.9 seconds

Only 3 of these have been built till date due to high cost of production. It is an exclusive model from iconic Koenigsegg, featuring distinct double carbon rear wing, diamond weave carbon fiber finish, carbon ceramic brake with ABS and other mouthwatering features. 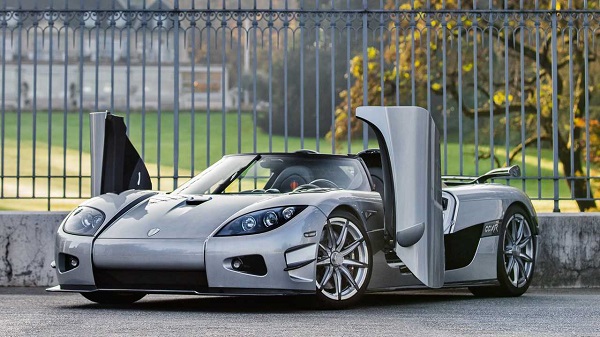 The $4.8m Koenigsegg Trevita is one the amazing cars you will find in Floyd Mayweather's collection

The mid-engine car was built solely for track and named after Albert Divo, French racing driver, who emerged 2-time champion for Bugatti at the Targa Florio race in the 1920s. Only forty of those have been produced so far. 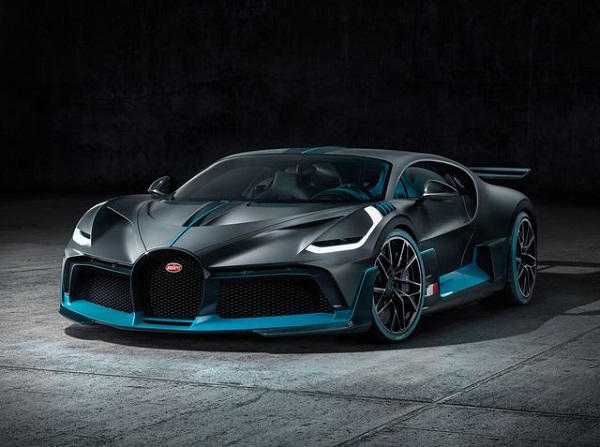 This is quite an insanely expensive car and a product of the German automaker.  The 4-seater high performance sport cars offers twin turbo V12 engine and. We learnt it was acquired by the popular American rapper, Birdman. 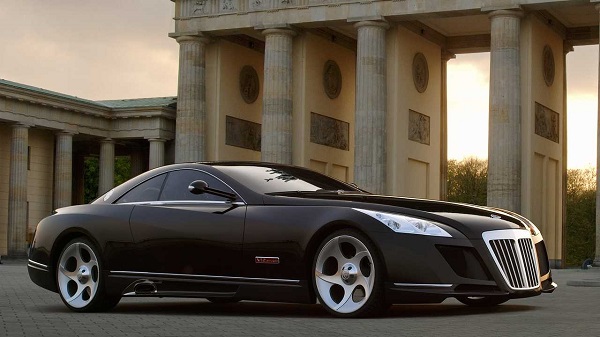 The peculiar-looking Maybach Exelero is a pure breed of luxury, with top speed of 213 mph

This model is not only the best car in terms of price but quite stunning as well. Only one of this was created by Rolls Royce Motor Cars in the UK. It was commissioned in 2017 and emerged as the world’s most expensive car that same year. No doubt, Sweptail is the costliest car as of 2019 and certainly among the most expensive cars of all time. 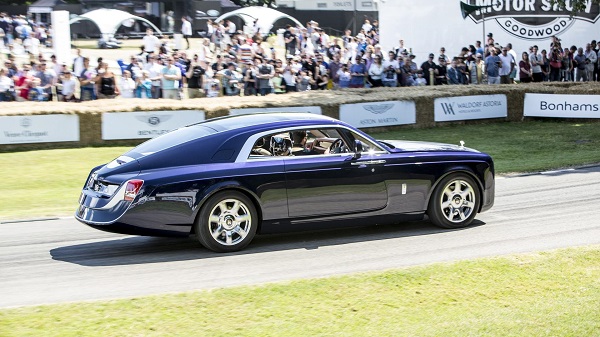 Premiered just earlier this year, the La Voiture Noire from Bugatti officially becomes the most expensive car on Earth which was sold at 6.8 billion naira. Reports showed that Cristiano Ronaldo - the richest footballer in the world was the one to acquire this costly car. However, the football star may have to wait for 2 years to get his car delivered, which means we will see CR7 drives it in 2021. 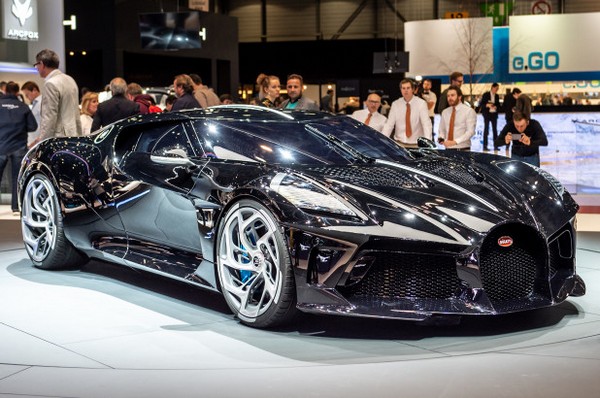 A supercar for such a superstar is a perfect match

4. Other top car collections in the world

Sultan Bolkiah might be the man with the most expensive car collection on the planet, but there are some who boast of ridiculous car collection as well. See them below!

Sheikh Hamad is a billionaire member of the Abu Dhabi ruling class, popularly known as ‘Rainbow Sheikh’ for his seven Mercedes S-Classes in different rainbow colours. He is also popular for his Bedouin Caravan from jeep, which is the biggest in the world, and several other insane cars. The fact that he stashes his wealth in pyramid makes him standout among his wealthy peers. 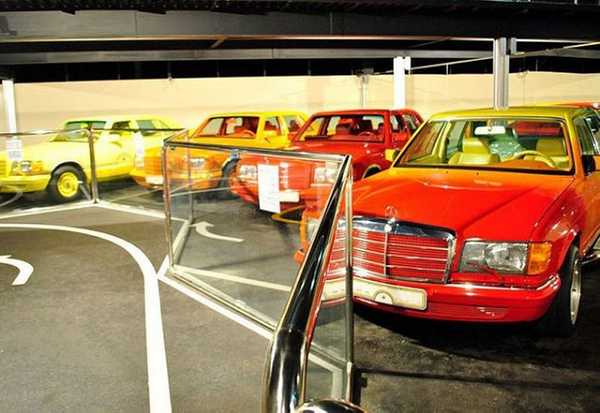 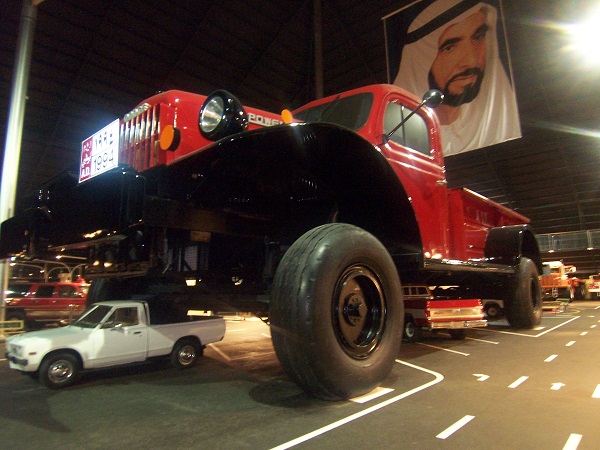 He parades a number of out-of-the-world vehicles, which the world's biggest Bedouin Caravan is part of

Jay Leno is your guy when it comes to classic cars. He has a very rare car collection you might not find anywhere else.  He has an estimated 200 cars in his garage, which comprise 1931 8-liter Bentley, 1909 baker electric, 1909 Stanley Steamer, 1927 Duesenburg Model X, 1934 Phantom II Rolls Royce and several other vintage models. 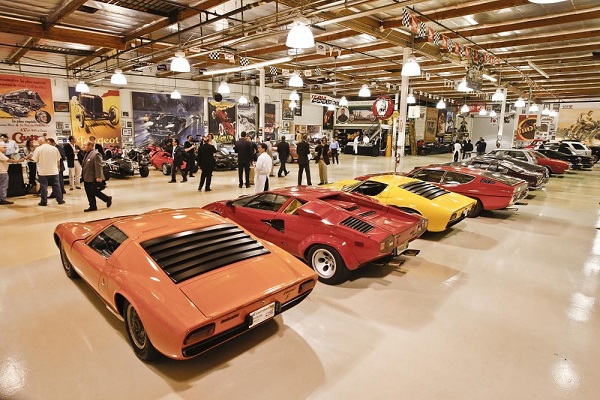 This man here is another big deal when it comes to car collection. He has over 150 muscle cars to his name. Ken Lingenfelter is the owner of Lingenfelter Performance Engineering firm, which has created a collection of twenty Lamborghini’s Revention. According to report, his luxury cars are parked in a building, which features a 40,000 square-foot garage in Michigan. 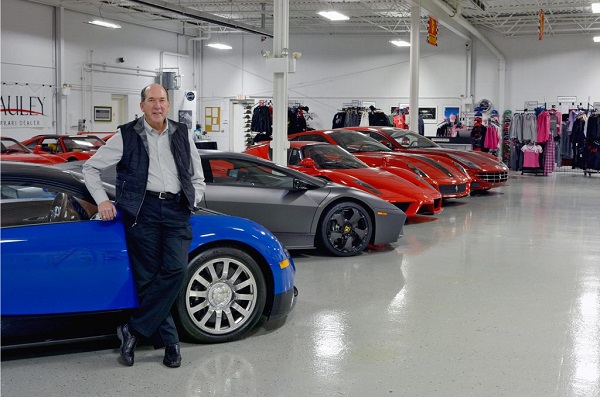 With about 150 American muscle cars in his garage, Ken Lingenfelter is indeed a man of taste and character

Mukesh Dhirubhai is the wealthiest man in India and the 28th in the world. He might own a lot of real estate properties but he is also a big fan of luxury cars as well. From what we heard, he is quite addicted to cars from Europe, as he boasts of 168 super expensive cars from the continent, with the likes of Maybach, Bugatti, Porsche and several others. 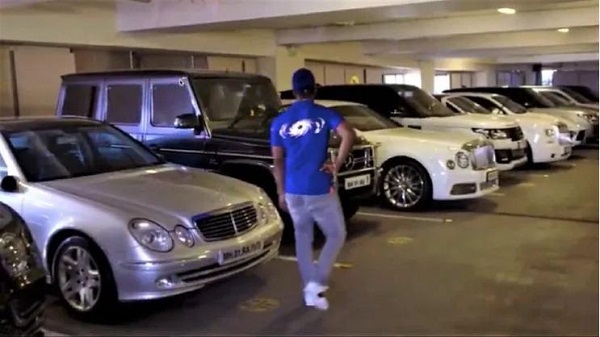 The prominent Lotus FI Team’s chairman, Gerard Lopez is a successful businessman from Luxemburg and a co-owner of Genii Capital and Mangrove Capital Planters, a company that deals with technologies like Skye. Over the years, he has collected a lot of muscle hot rods and vintage ponies to racing cars. He is also a proud owner of other luxury brands like Porsche, Bugatti, Peugeot and other popular brands. 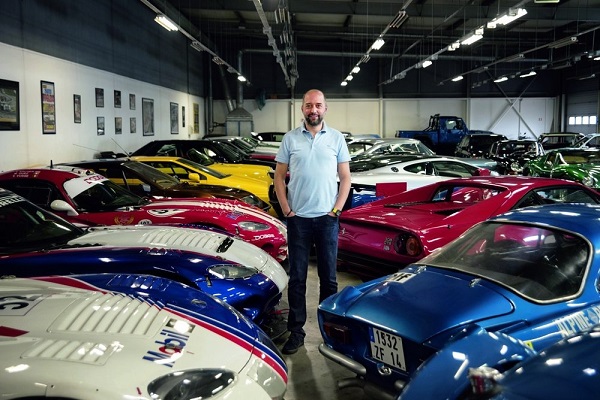 The Luxembourg-born serial entrepreneur is a big fan of classic cars, racing cars and muscle cars

>>> What about impressive car collections in Nigeria?

Sultan of Brunei is no doubt the man with the biggest balls when it comes to spending massively on luxury cars. However, other highlighted top car collectors across the planets are bosses in their own rights. They own what most men alive could only dream of.

So, hope you have found a satisfactory answer to who has the most expensive car collection in the world. Should there be any updates on Sultan of Brunei cars or when another man emerges to claim this position, Naijacarnews will surely give you the latest information.

>>> Check out more Celebrity car updates like this and Auto fun posts on Naijacarnews.com