[Photos] How Toyota Corolla has evolved over 53 years

Do you know how many changes have been made to the popular Toyota Corolla sedan lineup from the year 1966 to present? Take a quick look here now!

NaijaCarNews goes back in history to bring you a quick overview of a more than 53-year transformation process that has occurred particularly to one of Nigerians’ loved sedan car model – the Toyota Corolla from 1966 to present.

The Japanese automaker – Toyota has won the heart of many Nigerians over the years and this could be easily proven by mere looking around and seeing result lots of its vehicle models present in every nook and crannies of the country today. And the Toyota Corolla sedan is undoubtedly one of the most popular among them all.

There is hardly anywhere one would turn on a Nigerian street and not find at least one Toyota Corolla car because of some common reasons such as easy maintenance, good resale value, good fuel economy, longevity and its durability. 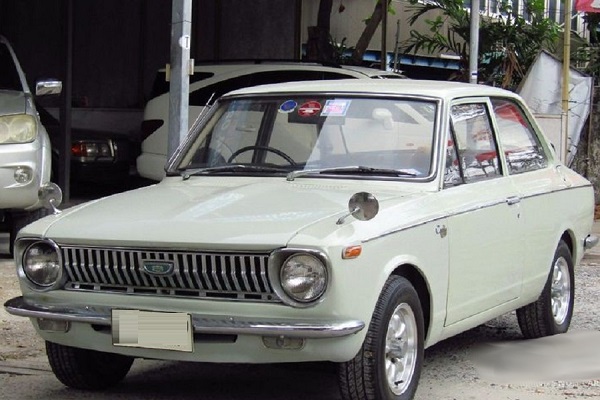 For many that do not know; the popular Toyota Corolla is actually pronounced “Toyota Karōra” in the Japanese language. It’s a model that has been introduced as far back as the year 1966 and in 1974, it became the world’s best-selling car; even till today, it is still among the best-selling car model worldwide.

And now, let’s take you through a quick historical evolution of the renowned Toyota Corolla from 1966 – present;

This was the first-ever Toyota car to carry the model name “Toyota Corolla”. It was rolled out in the year 1966 and it featured a pushrod engine (1100cc K) back then. 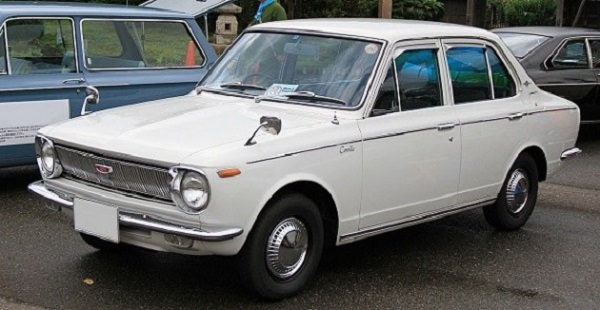 This was a restyled version of the first Corolla. It featured 1,400 T and 1,600cc 2T OHV engines and a more rounded body at its exterior. 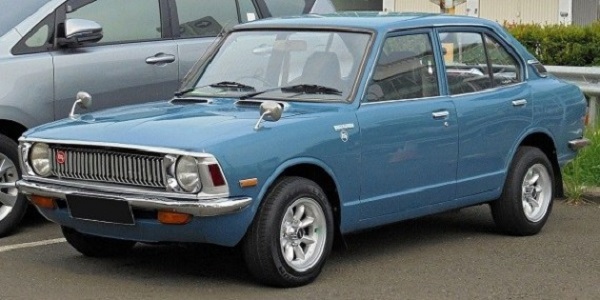 >>> Do you think Corolla make it to the list? Top 8 best selling cars of all time

Toyota made the third generation Corolla heavier, rounder, and bigger than its predecessors. In the year 1976, the automaker added retractable front seat belts to the Corolla and also a 2-door liftback model to the lineup.

The 3rd generation Toyota Corolla was made bigger, rounder, and heavier with fitted retractable seat belts

Toyota added a twist to the design story of the Corolla during this generation as the automaker replace the usual round body with a new square-edge design.

There was a noticeable reduction in the size of its taillights, headlights and grille.

It was the last in the Corolla lineup to use the T series engines and K “hicam”. 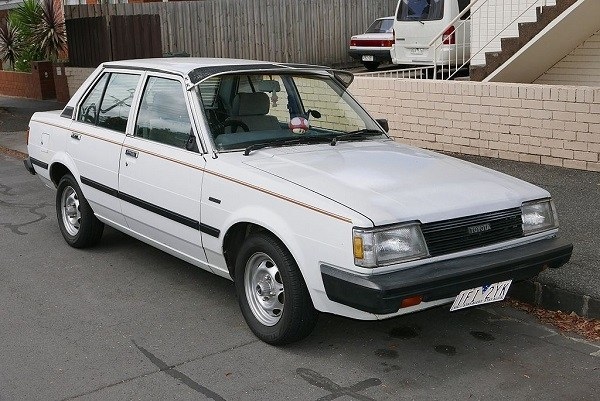 This Corolla generation was styled to go with the trend of that period which included sharp-edges, no-frills and a sloping bonnet.

>>> For your reference: Toyota Corolla vs Volkswagen Jetta: Which legend for you? 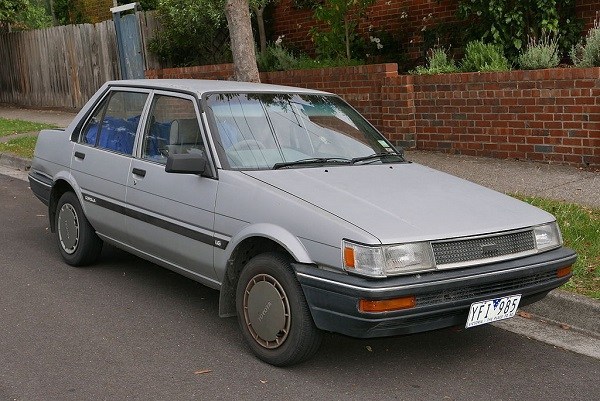 This generation of the Corolla was rolled out in the year 1987 with a more aerodynamic styling and a more rounded body with a featured front-wheel-drive system.

The Toyota Corolla E100 rolled out in the year 1991 got a redesign featuring a completely rounded, heavier, larger and more aerodynamic shape that was common with the cars of the ‘90s.

Just like with other cars of the ‘90s; the sixth generation (E100) Toyota Corolla got a redesigned rounded, heavier, larger and more aerodynamic shape

Toyota began the production of the 8th-generation Corolla in the year 1995.

This generation looked very similar to the previous (E100) Corollas but still has an overall slightly altered design. 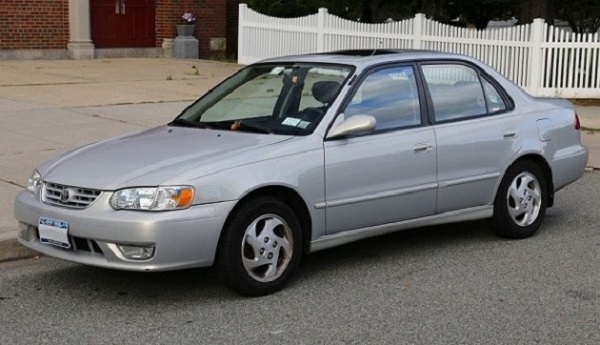 In the year 1998, some models of this Corolla that are non-Japanese received a new (1ZZ-FE) engine for the first time. This engine became the first to be fitted in a Toyota car as it featured aluminium cylinder heads and aluminium engine block, making this generation of the Corolla to be much lighter in overall weight compared to the older E100 Corollas.

This generation of the Corolla was rolled out in the year 2000 with newer technology added to it and an edgier styling in order to blend the nameplate with the 21st-century vibes.

Later in the mid-2002, the North American version and 2003 model year of the Toyota Corolla got released as the E130 which got sold out in volume between 2003 and 2008 in North America. 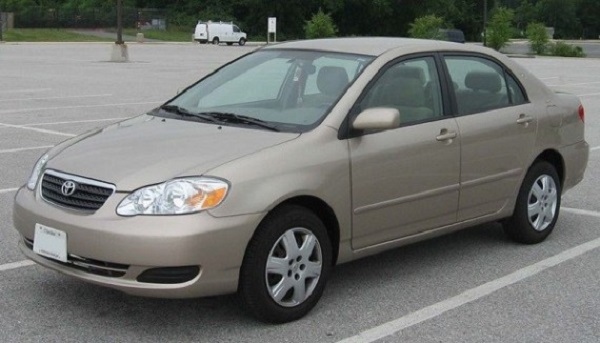 >>> Are you interested in RAV4? Toyota RAV4 prices in Nigeria – why called RAV4?

In this generation, the Toyota Corolla got a complete overhaul to its body and exterior design. 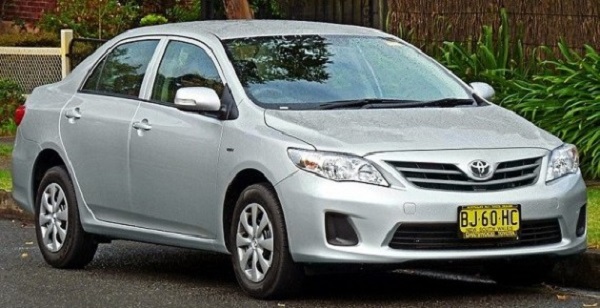 This generation of the Toyota Corolla also featured quite a lot of visible changes/overhaul on its exterior and some additional features in its interior that distinguish it from the older ones. 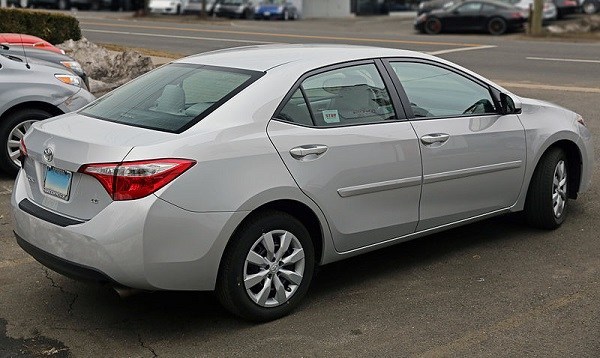 At the 2018 Geneva Motor Show, the hatchback body-style (version) of the twelfth generation Toyota Corolla was revealed as a pre-production Corolla model.

Later at the 2018 Guangzhou International Motor Show in November of the same year, the sedan variation of the twelfth generation Toyota Corolla also got introduced just a day after it was also unveiled in “Carmel by the Sea”, California in the United States. 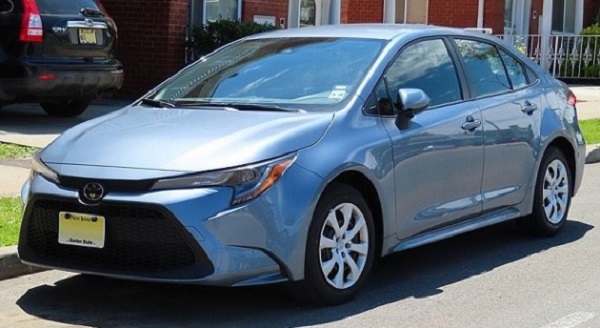 >>> To see more auto-related fun and historical articles like this, Navigate to -> Auto fun.