Super cool geek! This cat built his own Lamborghini and other Supercars!

Many people go through life wishing for a dream car. One man went out and built one when he couldn't afford to buy. Now he's ding same for others.

Can’t afford an expensive Lamborghini? Just build one, like this tech amateur geek Mike Vetter who makes millions building concept supercars. However, it started with him building his own customized Lamborghini Countach. Naijacarnews is here to provide you with the juicy details you need on this incredible supercar self-made engineer.

Mike Vetter, the man who built his Lamborghini himself was the son of a US government worker in the Defense Departmen. Little Mike had always had a flair for designing cars and a passion especially for Lamborghinis from childhood. However, his average earning father always told him that the cost of one Lamborghini was more than most people’s houses. 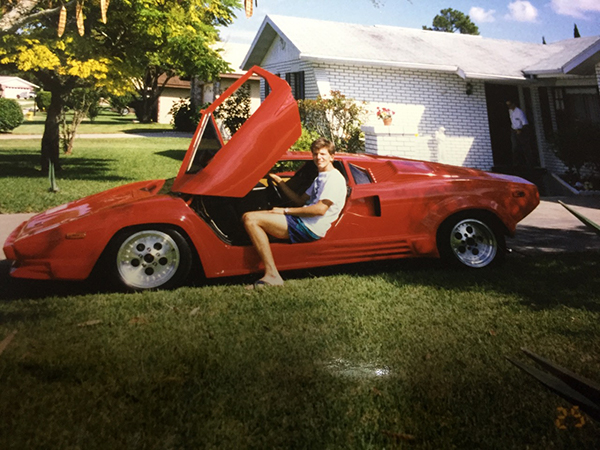 The ₦4,320,000 Lamborghini first built by Mike Vetter on a Pontiac Fiero chassis

Mike would need to go extra lengths in working hard to eventually get one, if he is lucky. After he was done with high school, Mike tried studying computer science but didn’t succeed in it. He later decided to go with his sister who moved to Florida around the early 90s and enrolled in one community college business program.

There, he attended the Daytona Turkey Run, which was one of the biggest car shows in the US. He came across something that transformed his life permanently -a fiberglass body shell of one of Lamborghini’s Countach models.

That was when the intrepid engineer decided if he couldn’t afford a Lamborghini Countach, he would just have to build one for himself. Unknown to Mike, there was a whole industry making models of real life cars, called the kit-car industry. These were people who could make a replica of high performance expensive luxurious cars, using amateur mechanics and tools. The method used was usually by building a fabricated car body, made from fiberglass, instead of the sheet metal the automobile industry uses. This fiber glass body was then placed onto the chassis of a cheaper car with roughly the same dimensions.

Said Mike, when he first stumbled on the community:

“I didn’t know anything about kit cars, or fiberglass, or anything of the sort,” says Vetter. “But something just clicked in my head. I saw this beautiful Lamborghini body, and I just had to have it.”

He bought the body of the Lamborghini for $2,500 or ₦900,000. Mike met with others in the kit-car game, and went ahead with plans to build his own supercar, despite not knowing anything related to kit cars or fiberglass. He then moved everything into the small garage in the house he lived in with his sister.

Although he was awed with the project he had undertaken, since he had always had this resourceful, curious and determined nature, as well as always being technically and mechanically inclined, he was very determined to give it a try.

>>> This guy was poker-faced even after wrecking his expensive Lamborghini car! Lamborghini Huracan owner shows no emotion after breaking N1.2m windshield 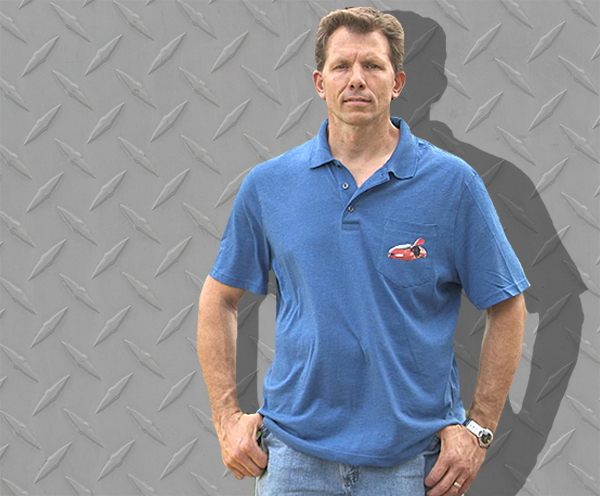 He had to first find the right car as his chassis or the foundation his Lamborghini body would rest on, and which would power it. He eventually found and bought a Pontiac Fiero which was a mid-engine sports car and affordable. This he got for $1,700 or ₦612,000. He then removed the body and “stretched” the chassis, a method used by kit-car designers to make a chassis longer and make the finished thing more original.

This he accomplished at $800 or ₦288,000, using a hot-rod workshop. He was able to do all the welding himself by getting the tools and learning on the job. According to Mike, surprisingly, the car’s door hinges were a particularly tough nut to crack. He bought door hinges from different places such as home depot, as well as auto mags, and then he made one himself. He did it successfully 5 times.

The Countach was very difficult for him to build with two trunks, hoods and doors and contours all over its body, and the finishing work was so intricate that painters rejected the job of painting the car. The painting, he did himself with a painting mentor, a 60 year old, helping him. While working on the Lamborghini, he was also combining his business classes, odd jobs at Burger King and assembling the car, working nights. 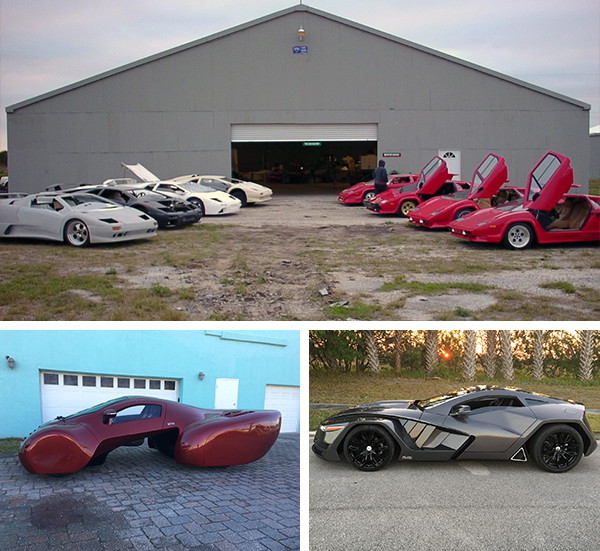 >>> Here's how to differentiate grades of supercars. How to distinguish a Junior Supercar, a Supercar, and a Hypercar

The finished car finally took one year and 6 months, and some 2000 hours to complete.  Sid Vetter about the whole incredible journey:

“I built that first one with none of the required tools, and no knowledge of the subject at all, but really just the motivation and desire to have this vehicle,”

He had spent the sum of $12,000 or ₦4,320,000 in total to build his Lambo, and he then had to sell it. It was in 1996, and he had just left college. Although the customized car got a lot of local press, the professional auto crowd gave it a hard pass. One dealer informed the disappointed Mike that the chassis was worth more than the new car. Instead of being discouraged, he paid for space in a local car mag, and finally sold his first car for $28,000 or ₦10,080,000, making a profit of more than 200%.

Mike went into the kit-car deal with his fellow auto enthusiast car, leasing a warehouse and hiring staff. Soon he was churning out Ferrari and Lamborghini replica cars that sold for hundreds of thousands of dollars. After a judge ruled that he was infringing on Lamborghini and Ferarri patents, following a lawsuit by the companies, Mike went into business designing his own cars. 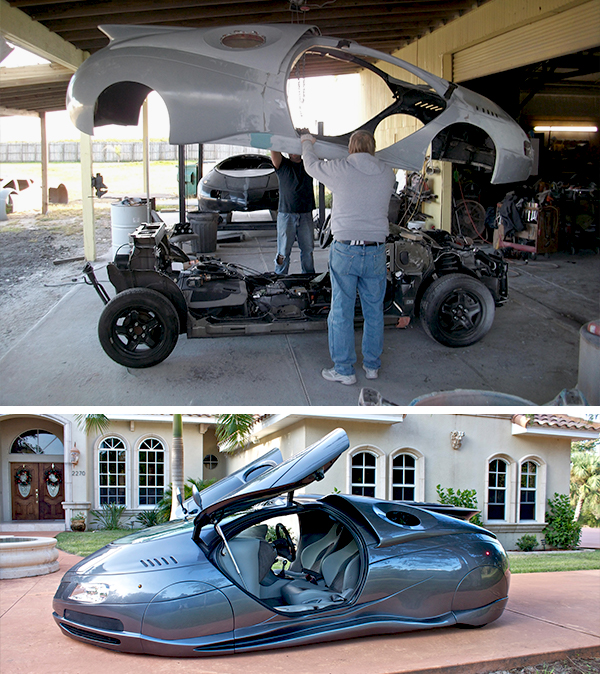 He was unable to make a replica Lambo for the film “Suicide Squad” due to legal reasons, but convinced the film studio to forget the purple Lambos and use a custom designed car instead. At 47, Mike keeps up with his passion and just loves it.

>>> More Auto Fun stories? Get it here on naijacarnews.com!