The almost “impossible to steal” vintage Mercedes car of the 1960s

Would you believe that there is a particular vintage Mercedes car of the 1960s that is really hard to steal even till now? Check out the car for yourself here!

“Car theft” has become such a huge problem today in Nigeria and worldwide, due to advancement in modern-day technology.

It’s funny how the same technology that is helping us curb this uprising “Car theft” problem is the same one empowering car thieves with newer tools to steal cars even much faster than before.

But how would you feel if NaijaCarNews breaks it to you that there is a particular vintage car from the 1960s that was and might still be hard to steal till today?

We found a very interesting post on Quora recently where one Michael Kay – a proud owner of an old Mercedes 190 SL car, explained how his vintage car was really hard to steal in the 1960s. 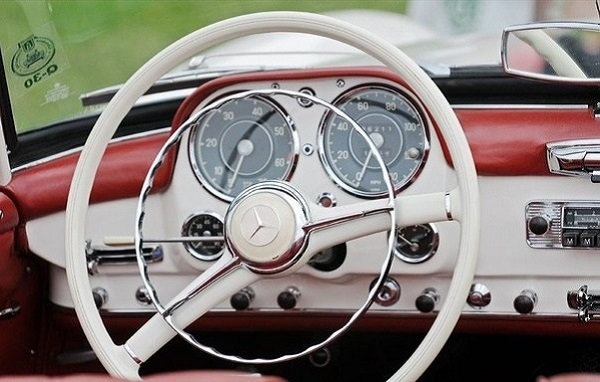 Read his original Quora post below just as he had written it;

“I once owned one.

No, it did not have any anti-theft devices or ignition cut-outs. What made it impossible to steal was this:

See all those knobs on the dash? They all look alike. And not one of them is labelled. And among them are both a Cold Starting Choke and a Hot Starting Choke. I had to use one or the other to start the car.

Now few people in those years knew what a Manual Cold Starting Choke was, much less how to properly use one. The better American cars had had automatic chokes from the 1930s. Yes, there were cheap cars that used manual chokes as late as the 1960s, but no one expected to find one in an expensive convertible. And NOBODY who did not already own one of these cars had any idea what a Hot Starting Choke was or that they even existed!

Because no one knew how to start it, the car was essentially theft-proof. The problem was those garage attendants could not start the car either. This was a problem at the time because we lived on the Chicago Gold Coast and worked in the Loop. Attended garage parking was necessary for both places.

The parking attendants were always too full of themselves to listen to the owner’s warning that the car took some special knowledge to start. Besides the hot and cold starting chokes, the car had a separate starter button. Of course, that too had no label on it. The parking attendant would eventually admit, after having me wait while they wore the battery down, to being unable to start the car. And they would get angry when I started it on the first turn after pulling out one of the unmarked controls.

But the car was theft-proof.

Note: the Mercedes 190 SL had another standard feature that could have been used to annoy car thieves. One of those knobs (Yes, it was again unlabeled and looked like all the other ones.) allowed the driver to switch from the main fuel tank to the reserve fuel tank in the event that they had neglected to look at the fuel gauge and had run out of gas. If the knob was pulled half of the way out it shut off fuel from either tank. If that was done, if the car thief had gotten the car started at all, there would only have been enough fuel in the float bowls to get from the parking place up to the ramp to the next level before the car ran out of fuel.” 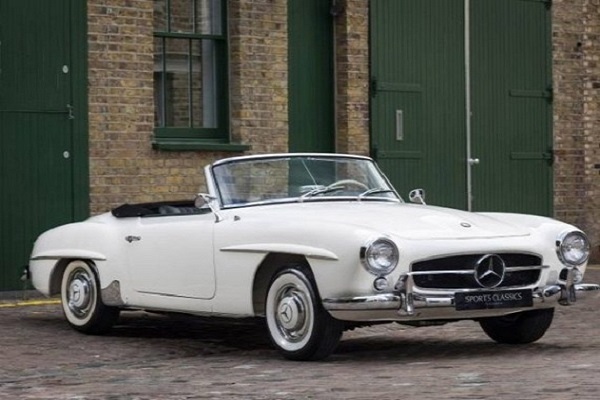 Do you think this man had a point in his explanation?

>>> Check out other auto-related fun articles on NaijaCarNews, by visiting our Auto fun section!