Top 10 countries with the most expensive police cars

Across the world, the police of every country is always in the business of fighting crime and keeping everyone and everything safe.

In this article, NaijaCarNews.Com will beam the flashlight on the countries with the most expensive police cars in the world. It is not so difficult to understand why any government will choose to equip its police force with only high tech and the most sophisticated crime fighting equipment out there including cars.

Most criminals now modify and even go as far as buying very high performance cars so as to evade the police during escape. This has prompted police forces across the world to invest heavily in very expensive supercars as police cars in a bid to outrun the criminals themselves.

In this article, we are going to look at the top ten most expensive police cars from all around the world.

The dodge charger police car is one of the most expensive police cars in the world. It is used especially by the United States police.

In the eyes of someone who knows a thing or two about super cars and their top speeds, this car might seem like a piece of cake but in reality, the dodge charger police interceptor is a great deal for a fleeing criminal because an average criminal fleeing from the police does not drive a supercar.

The Dodge Charger Police Interceptor is priced at $46,000 and has a top speed of 147 mph

This police car is equipped with a very enormous V8 engine, producing 292 horsepower and a top speed of 147mph. When in hot pursuit it becomes a deterrent for any criminal thinking of fleeing from the police.

To own a single unit of this dodge charger police interceptor will cost approximately $46,000. It is one of the fastest and most expensive police car in the United States.

The Lotus exige cruiser is the 9th most expensive police car on this list. It costs approximately $80,000 to acquire a single unit of it.

Equipped with a monstrous 220 horsepower producing engine, it is the official chase car of the UK and Australian police.

However, you should know that the Lotus exige cruiser is usually not driven by just any patrol police officer. Special police officers are assigned to drive this police car which is usually after months of rigorous trainings.

The Lotus Exige cruiser is capable of producing a top speed of 140mph when in hot pursuit.

>>> You may want to check: Most expensive car collections in the world

Costing quite a sum at $95,000, the Porsche Carrera 911 is not only a costly police car but also one of the fastest police cars in the world.

The Porsche Carrera is the pursuit vehicle of the Austrian police force. Powered by a speed boosting and performance enhancing 6-cylinder engine, the Porsche Carrera 911 police car delivers a top speed of 186 mph, a solid reason for intending criminal mindsets to take a step back or risk being captured. 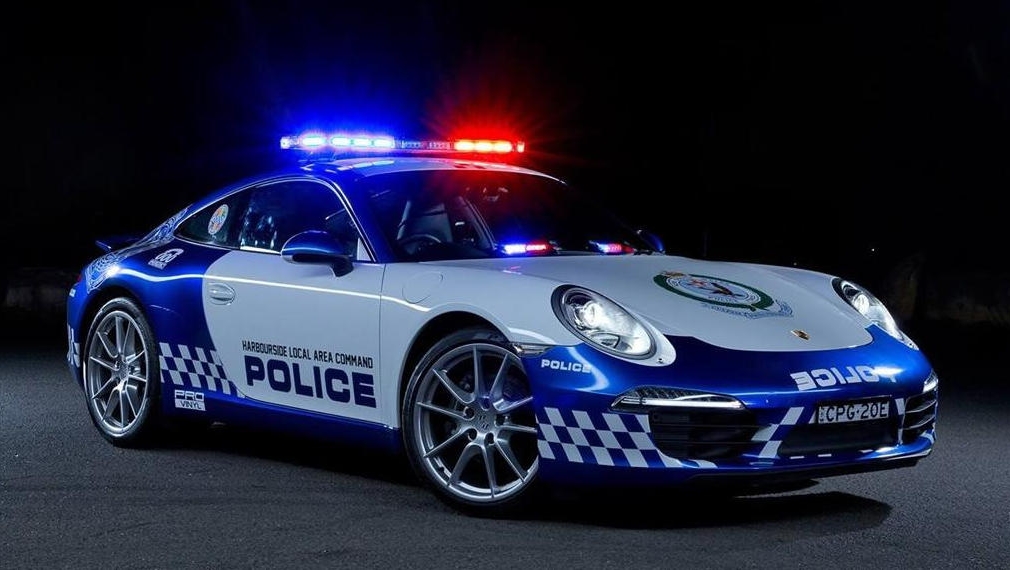 The Nissan GT-R is used by the Abu Dhabi police to fight crime.

The Abu Dhabi police deploy this machine on wheels for several occasions of police business such as public relations, undercover operations and hot pursuit of fleeing criminals.

This beast on wheels costs a whopping $100,000 to acquire a unit of it. Pricing notwithstanding, the Abu Dhabi police have a plentiful of GT-Rs in their fleet of police vehicles.

The Qatari police force is home to a wide range of expensive supercars used in crime fighting. Among the supercars in their fleet is the Porsche Panamera which cost about $175,000 and Porsche Cayennes and a number of others. 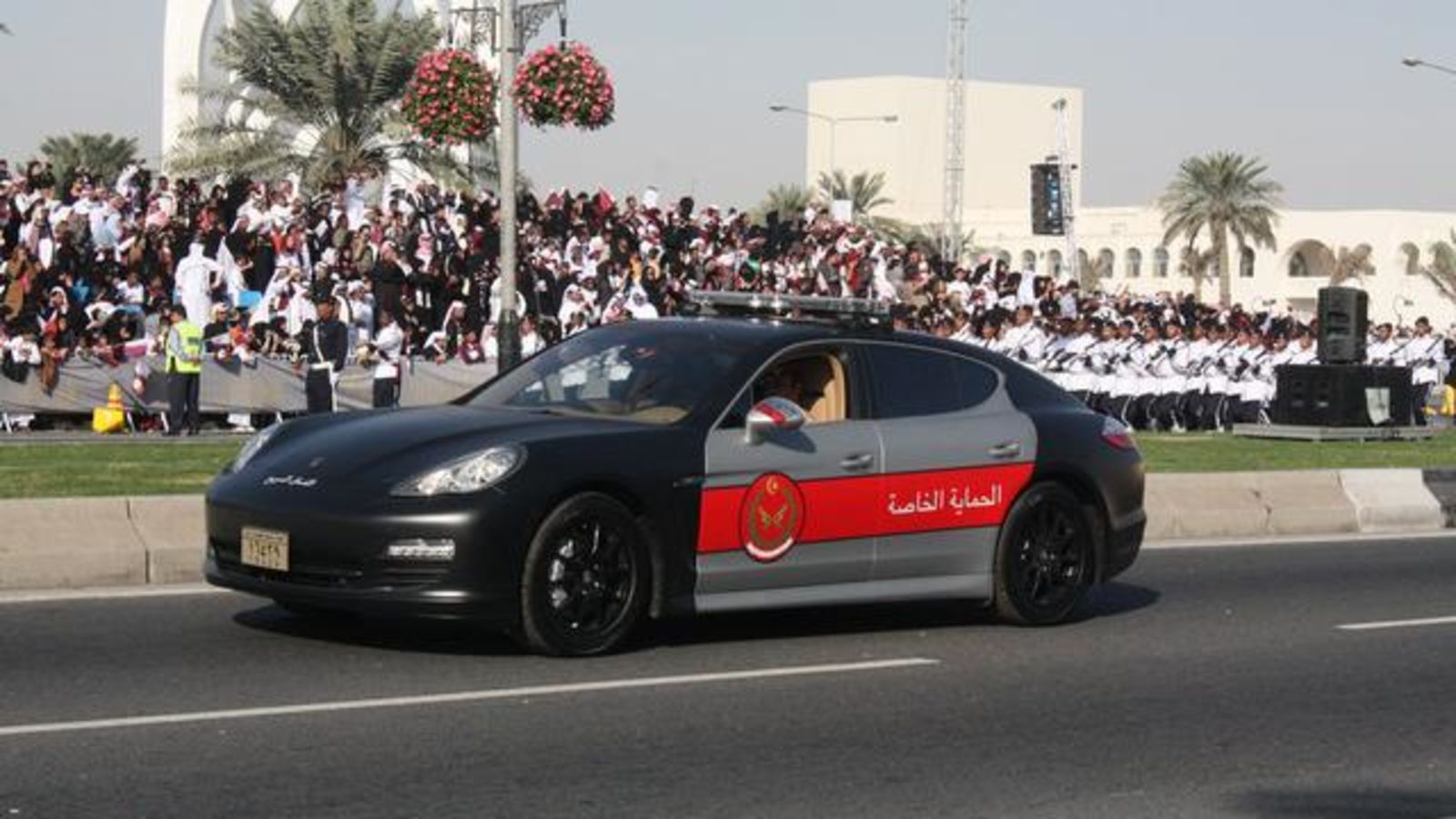 You may wonder why the Qatari police fleet has a lot of Porsche in its fleet of police cars. Well, the Qatari government is a major shareholder of Porsche which explains why their supply of Porsche cars never runs out.

In addition to the Porsche cars, the Qatari police also have cars such as Toyota Landcruiser with V8 engines in their crime-fighting.

>>> What do you think? Nigerian footballers vs musicians - Who have more expensive cars?

The Lamborghini Gallardo is another expensive police car in the world.

This very sleek land beast with a V10 engine can produce 570 horsepower and has a 476 miles range.

It is in use by police forces of countries like South Africa, UK and Italy.

The Lamborghini Gallardo costs a whopping $248,000 to acquire. 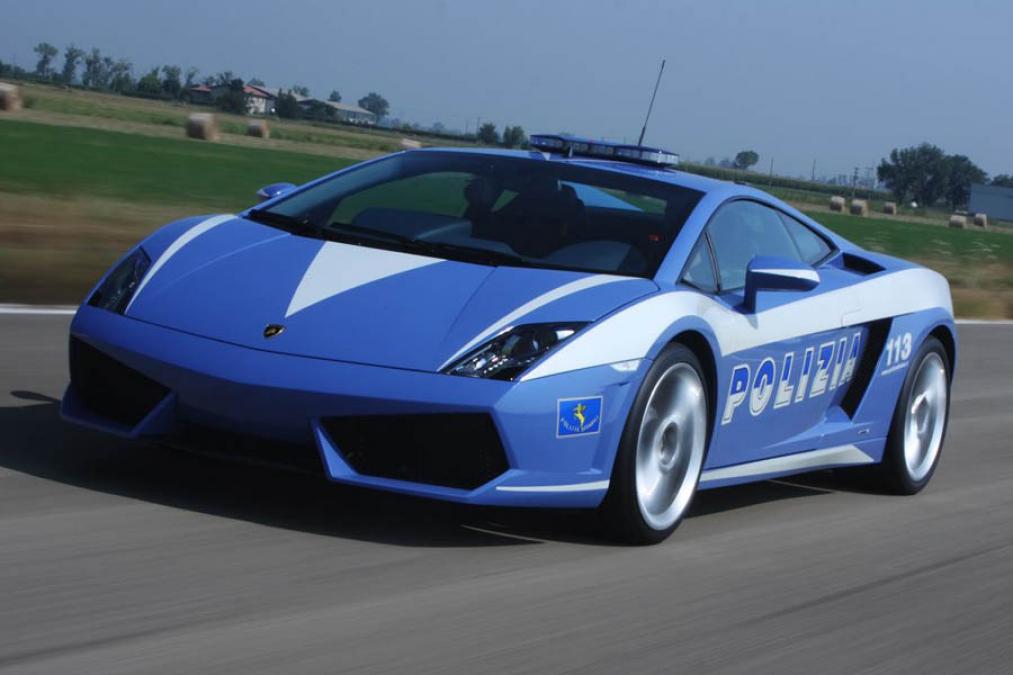 This Lamborghini Gallardo used by South African police is priced at a whopping $248,000

This supercar boasts of an outstanding display of power, speed and aerodynamics.

Equipped with a 10-cylinder V9 engine, the Lamborghini Murcielago can produce a 550 horsepower while delivering a top speed of 199 mph. That is quite a speed for a police vehicle. Trying to outrun this vehicle in a police chase will be an impressive display of futility.

The approximate price of the Lamborghini Murcielago is estimated at a whopping $380,000.

>>> It's showtime! Top 7 African footballers with the most expensive cars 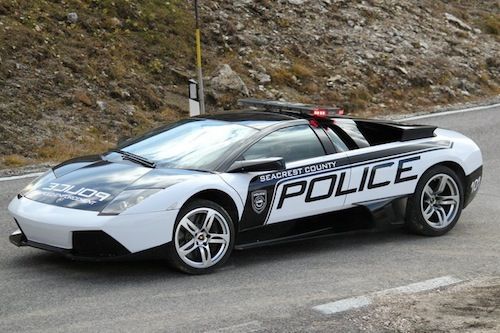 This UK police Lamborghini Murcielagos is estimated at $380,000

The Dutch police force is one of the police forces in the world that deploy very expensive cars for police business.

Germany’s choice of police car is mercedez Benz brabus rocket which costs a whooping sum of $580,000. This crime fighting choice of automobile does not come as a surprise as Germany is home to very durable and aesthetically dynamic cars such as Mercedes Benz. The Mercedes Benz Brabus Rocket used by German police is priced at $580,000 with a top speed of 228 mph

The Mercedes Benz Brabus Rocket is equipped with an outstanding V12 Biturbo 800 engine which is capable of delivering a top speed of 228 mph. It is rated as one of the most expensive police cars in the world.

The Aston Martin One-77 is one of the ostentatious police cars in the fleet of Abu Dhabi police.

This car is priced at about $2 million and only about 77 of it were ever produced. Its top speed is rated at 220 mph. However, Dubai maintains this car as one of its very many numerous show of Abu Dhabi wealth. 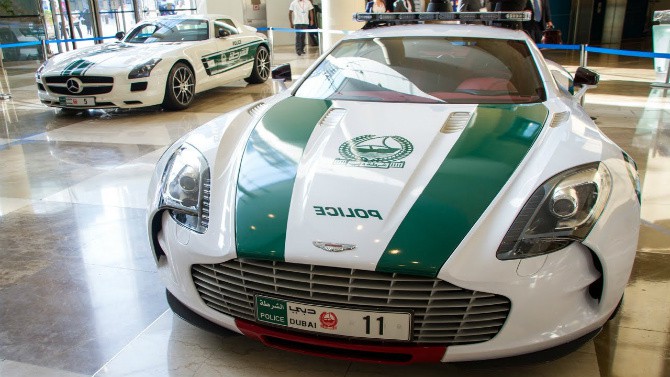 >>> Not many people can stand with Dino in terms of cars: Dino Melaye cars, house, jet & updates 2019

If you think you have seen the most expensive police cars in the world, you should wait until you see the Bugatti Veyron in the fleet of Abu Dhabi police.

This car costs a whopping $4m and is apparently a front runner amongst the most expensive police cars in the world at the moment.

The Bugatti Veyron can deliver top speed of 267mph making it both the most expensive and fastest police car on this list.

However, you should know that Dubai police do not deploy this car to fight crime or chase after criminals. It is more of a display vehicle within the Abu Dhabi police. Its primary purpose is as a display of Abu Dhabi amazing wealth.