Don't have money to splash on an expensive dream car? Why don't you get a knockoff instead from...yes! China! Many vow they are just as good! See top Chinese copycat cars here!

Okay, let’s face it China doesn’t have the greatest auto manufacturing capability, but tell you one thing they are good at, knock offs! Yep, China just copycats the most popular cars in Europe and the United States, and they have been doing it quite impressively for decades.

The most disturbing thing, of course, is that these cars are usually cheaper than the original; that’s not so chill, right? Let’s check out ten of the best Chinese copycat cars, collected by Naijacarnews.com!

Dadi Shuttle looks very similar to a Toyota Land Cruiser Prado; because of its overwhelming resemblance with the Prado, Toyota would have sued China if not for the contracts they would have lost in China. On the outside, this car looks like a Prado, while sideways; it resembles more a Honda CR-V. It comes with a 2.8 liter Isuzu engine that can produce 57 KW at 3,600 rpm and 174 Nm of torque at 2000 rpm. In other words, it means it possesses the same power a Prado has, but coming at a lower price. This car is the automobile the Premier of China uses. It was made just like the Rolls-Royce Phantom and it looks really good. In the interior, wool carpeting is used; it has massage seats, also a full bar and comes significantly cheaper than the Phantom. It has a single seat which looks like a throne that attracts people to it. Anyone who cannot afford a Rolls-Royce can as well get this one and still enjoy himself. 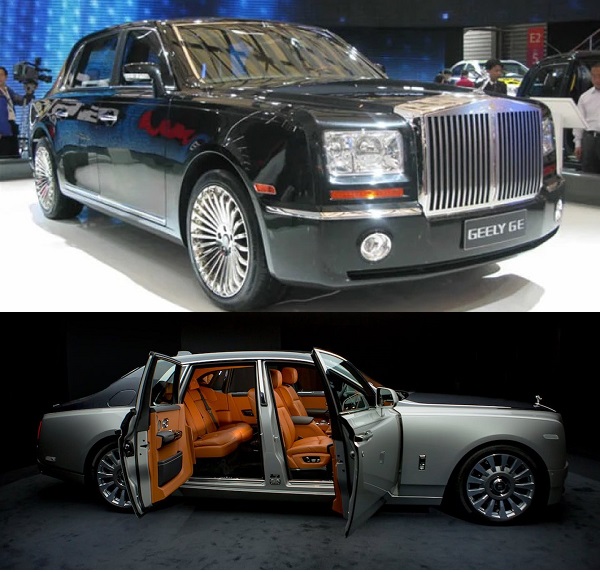 If you can't afford a Rolls-Royce Phantom, you may opt for a Geely GE

BAIC BJ80 is a copy of the Mercedes G-Class and has been applauded widely. Its starting price is about ₦27 million, which is less than the price of a Mercedes G-Class. It also comes with a 4.0 liter V8 engine glued to a 6 speed manual transmission or 6 speed automatic transmission, powering all its wheels. It can produce 250 horsepower. However, the leather and wood used in the interiors are too rough for this level of auto. 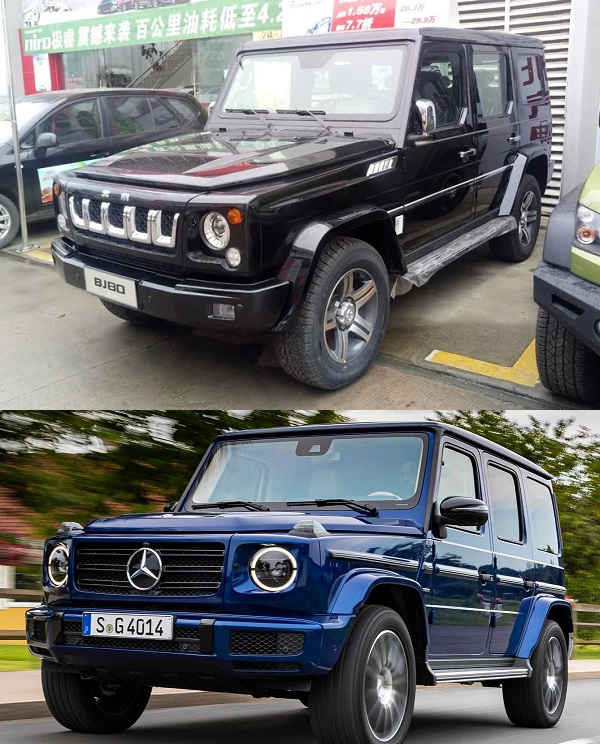 Baic BJ80 and Mercedes G-class, can the former match the latter's high tech features and drive train though?

Longoi means red flag in Chinese. This car looks like a Range Rover, with additions to its features like chromed dragons at the center of the wheels and grille. It performs excellently with a twin-turbo V8 engine that can deliver 530 Nm of torque and 380 horsepower. It also comes with an 8 speed auto gearbox and can cover 0-62 in 8.1 seconds, having its top speed at 137mph. It impressively trumps for its price. 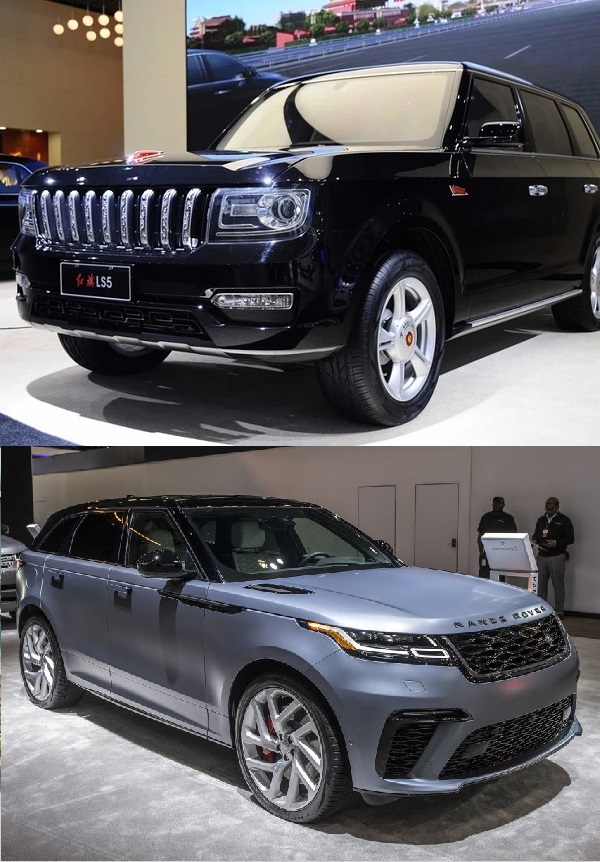 Longoi LS5 and Range Rover are virtually twins, at least from outside

This model is a blend of the Audi A4 Avant, when it comes to its cargo space and design and Austin Maestro for some other elements. It sure doesn’t come with fancy lamps, neither does it come with taillights, but it has slick curves which helped it become unique in its own way. It comes with an electric motor which is capable of 80 horsepower with a driving range of about 162 mph, all thanks to its lithium-ion batteries. It looks great for one who needs an Audi Avant. Yema F16 and Audi Variant share some features, but the Chinese auto also took stuff from the Austin Maestro

The Baic B70 is made to be similar to the American Jeep Wrangler, though it’s not quite its standards. It lacks in sleek curves but is full in decent power. It comes with removable roof, back sections, wheel arches and some other nice features. It also comes in two options: 2.0 or 2.5 liter engine; both possessing 5 speed manual gearbox. It passes to be a cheaper and notable off-road vehicle. Is this like looking in an auto mirror? Baic B70 and Jeep Wrangler, can you tell any difference?

This automobile combines the Mini Cooper in looks, but has the heart of a Suzuki Swift. Emgrand is able to successfully combine both cars, even though it might have appeared difficult at first. It has great size and performance. Coming in two engines options, 1.5 liter and 1 liter, it moves at a good speed for its size. High technology features are also present for those who really want mini speed cars. 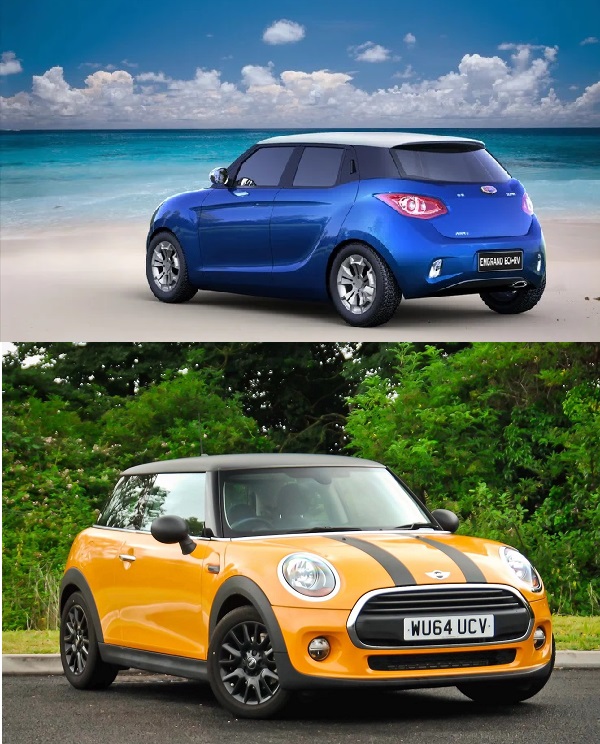 This is a copy of Mercedes SL-Class, having the front of Mercedes CLK Cabriolet and the back of the Opel Astra Cabriolet. Its 103kW 2.0 liter engine can move up to 140 horsepower at a top speed of 180km. Instead of being sued by Mercedes, the latter just signed a partnership bond with them as the car is impressive. Can't write the check for that Mercedes SL? Try the BYD F8, will you? But it's a mix of other cars too

A lookalike of the Hummer, this car has a powerful frame that looks more impressive than cheap. It comes with an EQB 150-20 110 Kw/2,700R turbocharged diesel engine, coupled with a V8 diesel. It also has a 5-shift gearbox and is cheaper than the base price of a Hummer. 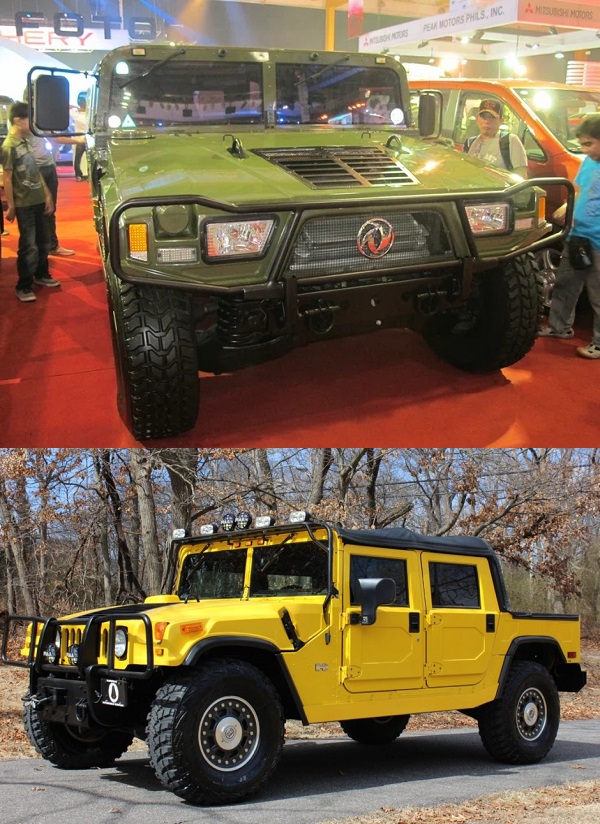 The entirety of this car looks like the Porsche. Its front looks like a Ferrari while the back looks like a Porsche. It’s capable of going 0-60 in 5 seconds with a top speed of 80 mph. This might not meet the standards, but it is a good product that combines two big cars. 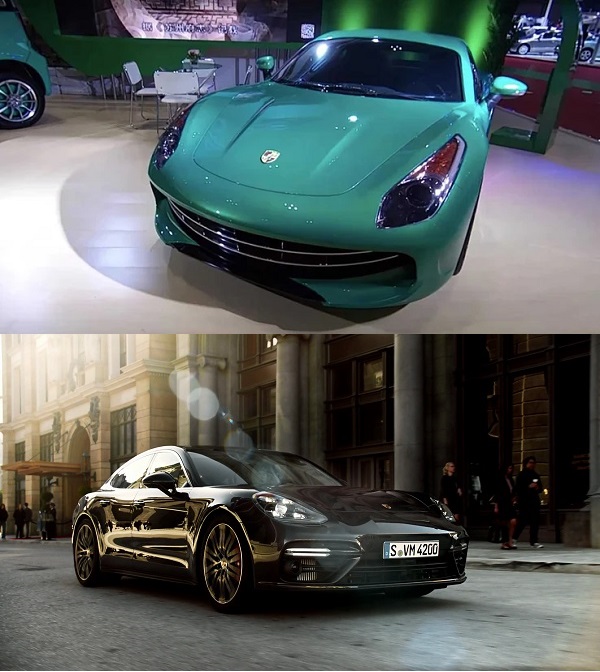 I was totally blown away by the similarity of the famous sloping Porsche front facia. Suzhiou Eagle Carrie and Porsche Panamera

Surprisingly, these cars are preferred in some countries to the real models due to either the styling or because they are cheap. In fact, in some cases, people like the original models but have no money to get them. They just simply go for the knockoff which comes cheaper.