2019 Acura ILX review: An affordable luxury model for your garage!

How about a quick look at what the 2019 Acura ILX has in store especially from a first drive experience? Read a brief review of this car here!

Haven’t been seeing much reviews of Acura vehicles on NaijaCarNews.com? Now, it's here! Expect to see more reviews cutting across most of the best vehicles from the Acura brand.

One could never deny that Acura is a brand that really knows how to make a compact and fun car which enthusiasts would always desire. The brand has done so much for 3 decades now with its Integra which has now morphed into the much fun RSX today. Then in 2013, the ILX came around and made the world yawn collectively. Actually, it is still yawning because this 2019 redesign is still not doing much to change that till now.

Naturally, in the automobile market, one would expect a lot more wholesale changes especially from a car that is already in its 7th year on the auto market, but such is not the case with this one as everyone is still staring down at the barrel of the very same 2.4L 201hp naturally aspirated 4-cylinder engine mated with a dual-clutch automatic transmission (with torque converter) that is the same as before.

These specifications are not really the issue though. It is still enjoyable thrashing the engine out at a 7,000 rpm and the ILX’s dual-clutch really snaps off some surprising quick shifts especially when using the paddles in manual mode directly. 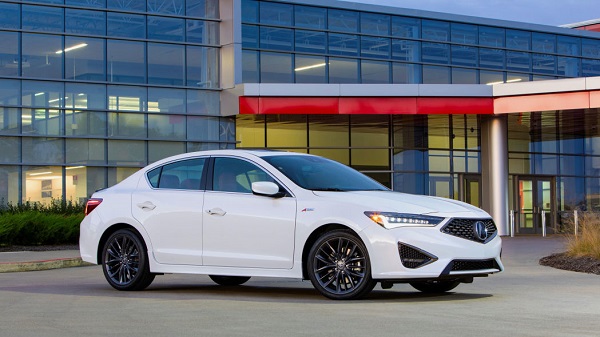 It is kind of a throwback to way before all of the Honda’s performance engines got switched to turbocharging for power supply. The ILX pulls harder when you wring it out the more, and it really begs to just be paired with a nice slick-shifting 6-speed manual transmission like you will find in the 9th-generation Honda Civic Si models.

Sadly, when you take your view out of the powertrain capabilities, everything else might just miss the mark outrightly. Anyone familiar with Acura will agree that the greatest part of its old performance compact cars used to be how they make one feel when driving them. Driving this new ILX, most drivers might experience a lack of intimate connection between them and the road most times.

The old chassis of the ILX kind of feels its age especially in controlling the movements of the car. It also kind of culminates into making this ILX feel like it’s a larger car than it is. Although, that is not to say that this new ILX handles poorly; it really does well with no eagerness or feel at all – just as it has been doing from the onset.

To some extent, one might consider this as unfortunate because this new ILX looks much better than it has ever been. Acura really tried in redoing the entire front nose completely from its A-pillar forward in this car, and it sure attacked its rear fascia as well. If you opt for and drive the A-Spec trimmed variants, you will feel more aggression to the car’s styling but not much performance upgrades though. 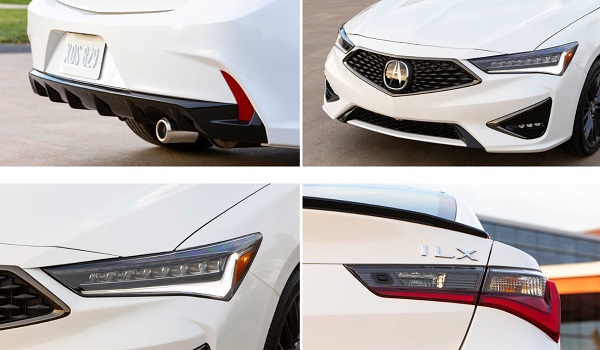 Even though one can see 3-too-many fake air vents on the new ILX, it still really grew some teeth if compared to its previous ultra-bland looks. The 2019 Acura ILX also gets extra props for not being featuring the horrible industry trend of featuring some unreasonably-sized and fake exhaust outlets.

The interior of this new ILX can also hurt the feelings of some enthusiast as it will really take anyone back a few years in look, even if you opted for its most expensive A-Spec trim that has got new seats which features more bolstering sort of suede inserts as well as a proper-feeling leather stitched leather steering wheel.

Acura however, upgraded the infotainment system in this one, but it still feels kind of ancient when compared to the totally new setup featured in the RDX – Acura really needs this new system in every of its car already. In the new Acura ILX though, many requisite techs are now onboard, including Android Auto and Apple CarPlay. AcuraWatch is featured by the standard as well with other features too like auto emergency braking, road-departure mitigation, lane-keep assist, and adaptive cruise control. 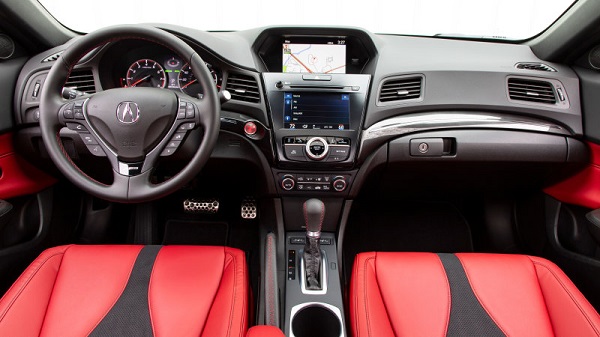 While one might really see some nice equipment and features here, the new ILX still suffers from somehow feeling like a slightly kind of gussied-up old Honda car especially if you consider the RDX’s type of material choices as well as a design language, or even the new Honda Accord’s ultra-modern type of feel. Yes, we understand that the ILX is old, but you cannot just have a luxury car brand’s interior lag so much that it falls way behind the non-luxury branded vehicles out there.

Even though this 2019 Acura ILX has been tagged “new”, we believe that this ILX still needs a total redesign on its current Honda Civic platform ASAP – just to remain in the competition of its class – or to even remain competitive with the very Honda Civic itself at least.

>>> A bit update from Renault? Renault debuts the e-Plein Air as an electric convertible car

This 2019 Acura ILX starts with a base price of $26,895 (~N9.7 million) and goes up to more than $32,545 (~N11.8 million) depending on the trim level you opt for. However, we still believe that for the ILX to stay relevant and remain competitive or pull more customer attraction, a complete redesign from a more modern luxury perspective is needed.

>>> Wanna have a peek? Bugatti Veyron price in Naira - when one equals a hundred