Overall, the 2019 Nissan Pathfinder is a ride for the older generation. Although it's durable for road trips, its features are out of tune with modern-day technologies. Check more details below!

Did you know that the average new car buyer is relatively old? Well, that’s what a recent study conducted by Hedges and Company revealed. Not less than 31% of these buyers are well over the age of 65. Such a study makes you wonder why automotive companies still go the extra mile in creating cars of high-end technology.

Apparently, Nissan understands what the statistics are saying in regard to car buyers, and they created a car that suits half of the buyer population i.e the older generation - the 2019 Nissan Pathfinder. 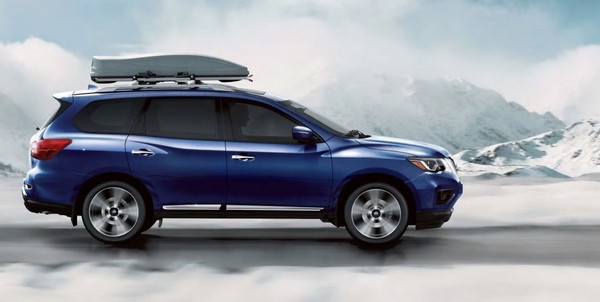 Overall, there's not much change in Pathfinder exterior look

After a long drive in the 2019 Nissan Pathfinder First Drive, one word resonates in your head “old-fashioned.” But this isn’t in a derogatory way. The Pathfinder is a charmer in its own right, but it might not be so competitive when placed side by side with some recent cars. Its infotainment system has the basic features of an entertainment system and its safety features are not bad either.

With all these, it gets a pass mark especially for members of the older generation who aren’t tech-savvy. But if you don’t mind using an iPhone on stationary and have a preference for touch screen over manual buttons, then you may not be so excited. 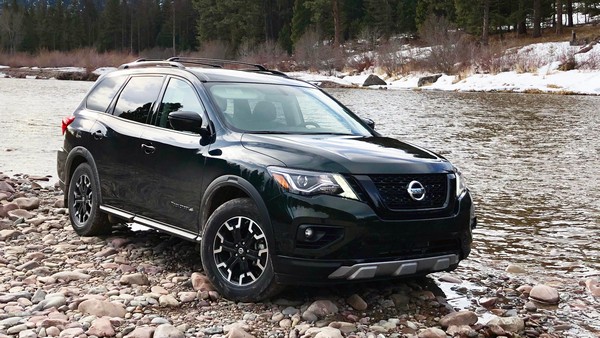 Its rugged exterior design is suitable for an off-road ride

The set up of the 2019 Nissan Pathfinder is commendable. It doesn’t box customers into a corner but offers them options to pick their specs as it comes in both SL and SV trims. There’s also the option of choosing either an all-wheel-drive or front-wheel-drive. It’s Rock Creek box is and off-road looks are appealing. 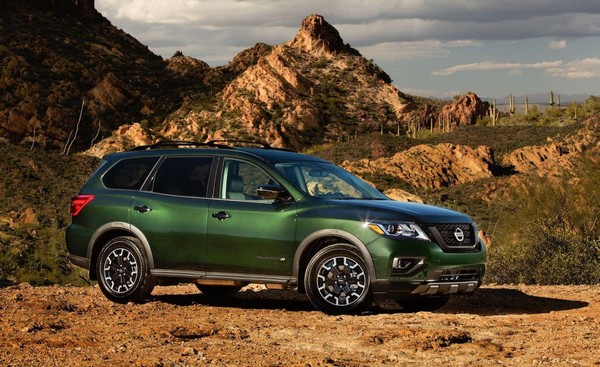 Customers can choose between SL and SV trim levels

3. Interior and technology of 2019 Nissan Pathfinder

The seat upholstery of 2019 Nissan Pathfinder is quite unique. But in general, the interior looks good in an old-fashioned way. You may not mind it initially, but in the face of better options, you wouldn’t stick with it. 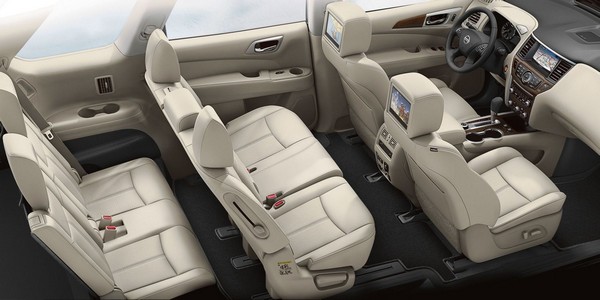 There's sufficient legroom in the seats

Although the Pathfinder gets thumbs up for its mid-sized cabin, the design has that outdated look. Driving its 3.5-liter V6 engine combined with a variable transmission is enjoyable, but when you drive Nissan’s more recent CVTs, you’d have a rethink. They are far better than the Pathfinder’s old automatic transmission.

You’d have to fall into any of these two categories to love the 2019 Nissan Pathfinder technology: the older generation and the loyal customer who can find no wrong in the automaker. Yes, the technology is very active and functional, but it’s by all standards outdated especially in the face of highly sophisticated technologies in other cars. There’s the tendency for you to feel like you are missing out or that you are living in the 1990s whenever you hit the road in the car. 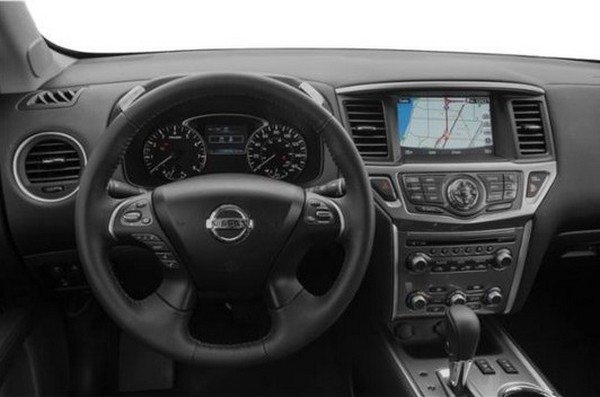 Although old-fashioned, the infotainment system has descriptions for easy use

In a time where an all-glass cockpit and center play digital instrument cluster are a trend for automakers in their cars, the Pathfinder is complacent with its 8.0 center display and tiny displays between dials. The display is so small, the automaker doesn’t mention it among the car specs.

There’s also very little information. This in itself isn’t a problem. In modern car designs, the fewer the better, but this is done in a way that isn’t attractive. Despite being outdated, the infotainment system is quite easy to use. The function of each button is visibly written on each of them.

Although the Pathfinder boasts of adaptive cruise control and automatic emergency braking, those are the only active safety gears it offers. This isn’t such a good thing in regard to competition as its competitors offer car lovers a much more interesting package. They get to enjoy a range of active safety gear systems such as automatic rear emergency braking, lane-keep assist with lane centering, automatic high-beam LED headlights and cyclist detection systems amongst others.

>>> Another newly unveiled model from Nissan: A quick evaluation of 2019 Nissan Murano inside out

Watch how they test drive this 2019 Nissan Pathfinder!

You don't need to know every inch on this version, but you should at least grab the summary of essential features on it, which include:

You may think it's cheap, but wait! That's just the suggested price from the manufacturer, excluding the tax, delivery cost, and other related fees to get it brought into your house in Nigeria. 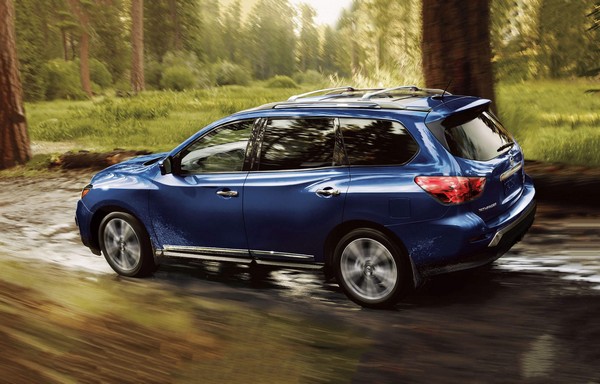 The fuel economy of Nissan Pathfinder can be considered "acceptable"

The 2019 Nissan Pathfinder reminds you of that effective commodity that’s underrated because it’s out of tune with technology. Back in the day, its features were topnotch, but due to innovations, they now appear to be below per. If only the Pathfinder will move along with technology, it’ll give its competitors a run for their money.

Having said that, this vehicle is still an "old but gold" product from this carmaker. Its efficiency in off-road trips should never be questioned of while its price is affordable compared to some other cars of the same segment.