As if the 591 HP that the 2020 Audi RS7 Sportback packs is not enough, it looks great inside out also. See more about this car & check its test drive vid!

Are you are a big fan of Audi? Then exciting times are here again. This year, the Audi Sport department, which are gearing up for its 25th anniversary has got fans excited and talking, with the eminent release of the brand new 2020 Audi RS7 Sportback. At the Frankfurt Motor Show, Audi debuted, to the excitement of the fans, its new hot RS7 Sportback. This car which appears significantly meaner, edgier and more powerful than the Avant RS6 and the A7 on which it is based, is causing quite a stir. 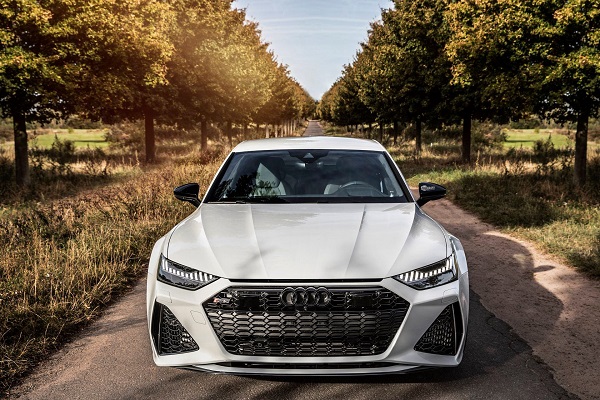 What do you see when you first sight the RS7? You definitely cannot ignore or miss the extra width; it is very eye-catching. The performance model of this car is 1.6 inches wider. When you add the optional 22-inch wheels, the overall impact is a stronger visual character that exudes presence, elegance and athleticism. And what’s more? Its exterior elements, which include large intakes, a rear spoiler, oval exhaust tips, and a bit of black trims, make it a standout any day and anytime.

From outside, the styling of the car meets the fans' delight. The massive blacked-out grille, borrowed from other RS models is carried over in this car. Here, it is flanked by two triangular vents on either side and a smaller vent just above it that funnels air directly under hood. A set of 10-spoke, 21-inch wheels wrapped in 275/35 tires gives it a nice edge. 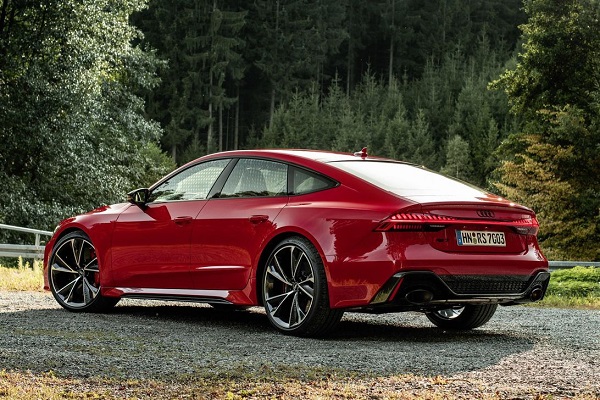 Inside, the RS7 adopts Audi’s MMI dual touch screen interface and virtual cockpit, while the RS logos and high-quality Nappa leather cover the cabin. The flat-bottomed, fully perforated wheel is unique and stylish to the RS7, as are the Nappa black RS sport bucket seats. The luggage capacity expands from 18.9 cubic feet to 49.1 with the split rear seat backs folded flat, and an optional convenience key allows the rear hatch to be opened by foot gesture control 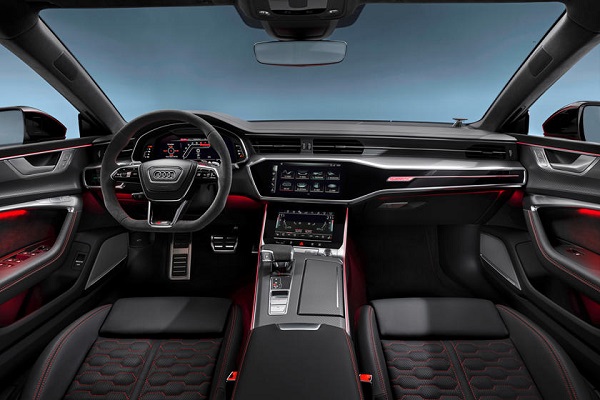 The RS7 Sportback comes in 13 exterior paint colors, which include two RS shades: the Nardo gray and the Sebring black. The car is expected to compete effectively with the Mercedes-AMG GT 4-door and the BMW M8 Gran Coupe.

To keep the excitement on, the Audi RS7 has upped its powertrain to make sure the driving is measurable with the appearance. The twin-turbocharged 4.0-liter V-8 engine produces 591 horsepower (411 kilowatts) and 590 lb-ft of torque (800 Newton-meters), which makes the RS7 go from zero to 62 mph in a claimed 3.6 seconds; breaking the electronically limited top speed of 189 mph with the Dynamic plus package.

Previously, with only the Dynamic package, the top speed was limited to 174 mph; while the standard RS7 is limited to 155 mph. Now, the sprint from zero to 62 mph, which takes 3.6 seconds, is all thanks to the launch control function; the speed limiter kicks in when the digital speedometer displays 155 mph.

There is also the 48-volt hybrid system, belt-driven alternator-starter and a small lithium-ion battery that recuperates the energy generated while braking. The mild hybrid system improves the fuel economy and lowers emissions; helping to keep the car efficient. The Audi’s cylinder-deactivation tech is also included. 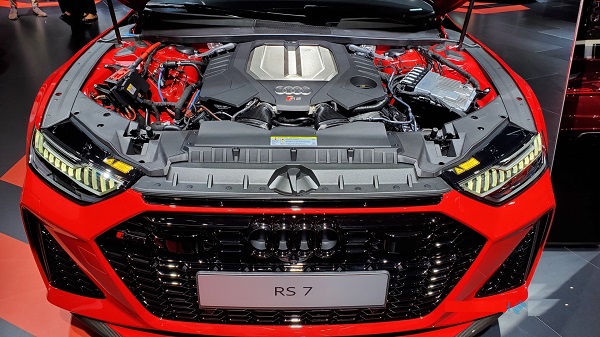 The car’s upgraded brakes, speed-sensitive steering, and the standard air suspension help to keep the power in check. The list of options also includes the carbon ceramic brakes that weigh 75 pounds (34 kilograms) less than the standard steel setup, four-wheel steering, and a sportier suspension profile. This carbon-ceramic brake setup not only ensures superior brake performance at high speed but also reduces unsprung weight by a substantial 75 pounds. The car also comes with a very attractive new silhouette.

Like the Avant RS6, all versions of the RS7 Sportback have adaptive air suspensions as standard, and the Dynamic Plus package uses a new-air spring module with a spring rate that is 50 percent stiffer. No matter which of the package is optioned, the sport suspension in its normal position puts the RS7 0.8 inch lower than the A7. When the RS7 hits speed above 75 mph, the suspension drops the car to another 0.4 inch.

Additionally, with the optional RS Sport suspension and Dynamic Ride Control, the RS7 Sportback is even more agile. The advanced suspension setup reduces the pitch and body roll, thanks to the new dampers sporting integrated valves, and more aggressive settings which include the RS-specific RS1 and RS2 drive modes.

>>> Audi and BMW are not the only sports cars around! Check out the latest Cadillac sportness: 2020 Cadillac CT4 and CT4-V rolled out as BMW-beating performance sports sedan 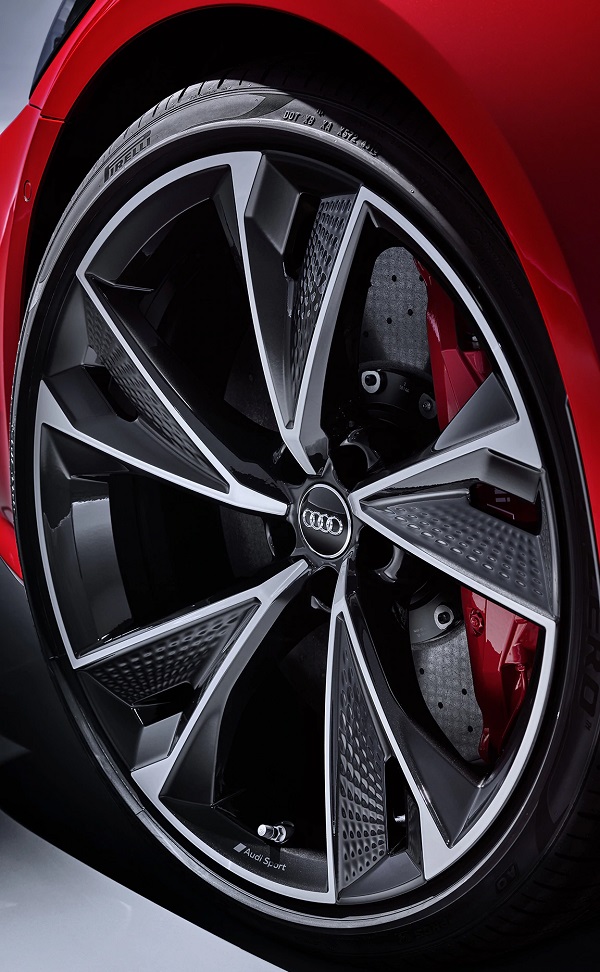 Mix 21 inch wheels with Dynamic Ride Control, and you get sportiness with stability and control

The RS7’s sport differential can also shift torque between the rear wheels and the standard eight-speed automatic transmission and Quattro permanent all-wheel-drive system, which can distribute torque between the front and rear axles. Usually, 40-to-60 ratio is the default, but the system can send up to 70 percent of the power to the front wheels and up to 85 percent to the rear wheels.