Now official, the 2020 Mercedes-Benz GLE 580 has been revealed and it comes with a hybrid assist and a powerful V8 engine. Check out the details here!

Need the latest Mercedes-Benz related updates and gist? NaijaCarNews.com has got you covered all day, every day!

In case you missed it, the new 2020 Mercedes-Benz GLE 580 crossover has now been officially revealed.

Even though this new midsize luxury crossover vehicle has only been launched with 4- and 6-cylinder engines, very soon an optional V8 engine is expected to tag along. It might be somewhat surprising for Mercedes fans to see that the first to receive a V8 engine is not an AMG this time but rather just a regular GLE class. 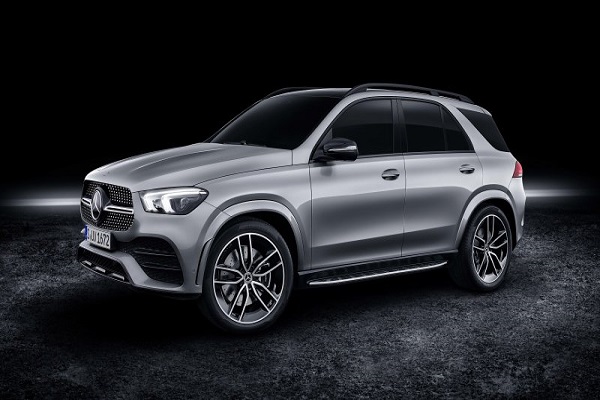 This expected V8 engine is going to be a 4.0L twin-turbocharged engine which is also the same as in the GLS-Class full-size crossover that was also recently revealed. What this means is that it will also pack a 48V mild-hybrid assist system together with an electric generator/motor that will contribute 21hp and 184 lb-ft of torque for some short amounts of time frequently.

And the overall output will be 483hp and 516 lb-ft of torque, which is around 121 more horsepower with 147 more pound-feet of torque compared to the GLE’s previously known most powerful inline-6 engine output.

The fuel economy numbers of this new 2020 Mercedes-Benz GLE 580 haven’t been given yet, but it is expected to be a little less than the 6-cylinder engine’s numbers which are 19mpg (city)/24mpg (highway)/21mpg (combined).

Some other known features of the new GLE 580 crossover includes;

This new crossover is expected to go on sale sometime later this year with a ₦28 million ($77,795) base price.