Are you eager to know what the new 2019 Audi Q3 Compact crossover has got in store? Check out this our brief but detailed first drive review here now!

Before it hits the Nigerian auto market before you buy it, here’s a brief but detailed first drive review of the 2019 Audi Q3 compact crossover brought to you exclusively by NaijaCarNews.com! 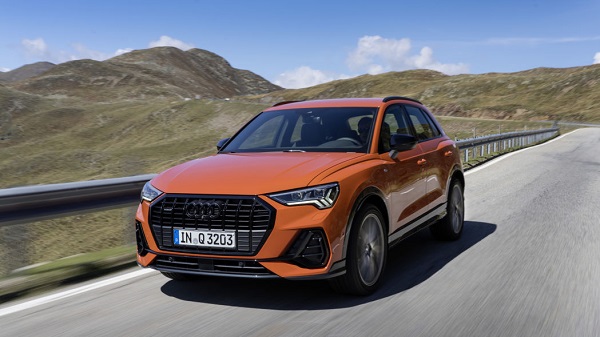 Back in the year 2015 was when the first Audi Q3 hit the auto market just when the craze of compact crossover vehicles was starting to kick off. That Q3 model of back then was literally like a Volkswagen Tiguan with just a fresh kind of design. It looked and felt so dated when compared to the other cars on Audi’s lineup. Yet it was able to move over 1.1 million units in sales worldwide along its 7 years run.

Comparing the Q3 to newer vehicles like the Lexus NX, BMW X2, and Volvo XC40, the Audi Q3 needs a real makeover.

Just like with most of Audi’s recent releases, the 2019 Audi Q3’s design is indeed an evolution of the popular Q3’s outgoing vehicle model. It comes with all the hallmarks of the brand itself – wide, abundant LED lightings, sharp fenders, and octagonal grille. This new Q3 is more of aimed at empty nesters as well as young buyers that are looking for a stylish and small vehicle, drawing most of its influence directly from the ever-striking new Audi Q8 than it actually does from the conservative Q7 or Q5, especially at its front part.

This new Q3 is though additionally offered in some unusual colours such as Turbo Blue and Pulse Orange but overall it is not too cheesy or cutesy on the exterior.

Considering both the ergonomics and interior design of this new Audi Q3 – it is just right at the same spot with the Volvo in terms of best-in-class.

The inside of this new Q3 is German and very clean, but it doesn’t feel anymore like a budget kind of model which was one of the major weaknesses of the previous Q3. Its featured switchgear and buttons do not feel like being lifted from a Volkswagen golf anymore, but rather filtered down or borrowed from more expensive Audi models.

Leather seats come as standard in the new Audi Q3 but the use of Alcantara and piano black still seems somehow too much as they are both premium interior clichés.

Some other notable features in the interior include;

The 2019 Audi Q3 just like many other products of the Volkswagen Group, is based on the brand’s MQB platform.

The new Audi Q3 is just about the same height as the previous model, but the overall length is around 3.8 inches of which 3.1inch lies between the vehicle’s wheels. 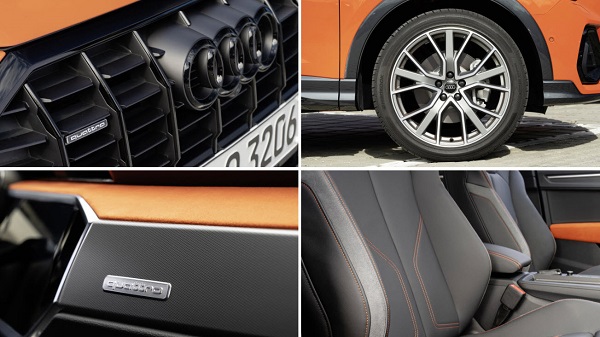 The power from the engine is sent to each of the four wheels of the new Q3 through an 8-Speed automatic transmission. Although, a 7-speed dual clutch transmission is also available but not for the U.S region.

During a test drive of the 2019 Audi Q3, it was reported to be overall genuinely sporty. It was said to have a light and quick steering that is paired with a nice suspension which keeps its body roll well in check when drifting through corners. Its Euro-tuned suspension is said to be firm enough with most of its impressiveness outputted through its 20-inch wheels which makes the Q3 feel easy when hitting bumps.

The new 2019 Audi Q3 now has really better interior than all of its competitors except for maybe the Volvo XC40, but it's still boils down to individual taste. The new Q3, however, drives better and now has a livelier chassis than others and it has got a punchy turbocharged I4 engine. Even the BMW X2’s engine – despite rated to have similar torque and horsepower ratings – can not really match the new Q3’s battery smooth powerband overall.