Are you a fan of BMW or just convertibles generally? How about a quick review of the 2020 BMW Z4? It might be just the perfect cabriolet you need. Check it out!

There are quite a few Cabriolet/Convertible cars lovers on the NaijaCarNews.com team just as we believe there are among you guys out there, right?

The 2020 BMW Z4 is the latest and hottest BMW Cabriolet to hit the public market soon. This is why we have decided to bring a quick first drive review for all you guys that are “Cabriolet” cars, lovers 😊.

Since the last BMW Z4, a lot has indeed changed with the lineup of the compact 2-seater convertible car. And one can hardly deny that its precursor, the Z3 did not debut right amidst a world that was thirsting for compact cabriolets like the now popular Mazda Miata MX-5. This convertible might not be too catchy for some but it is surely going to attract a few strong audiences.

The early days are now long gone as popular brands like Porsche has controversially dropped the usual cylinder count and added turbocharge to the Boxster. Similarly, Mercedes-Benz has also abandoned and discontinued its SLC lineup too. Other brands like Audi with its TT Roadster, have as well quietly pressed on but in low volume anonymity sort of way. 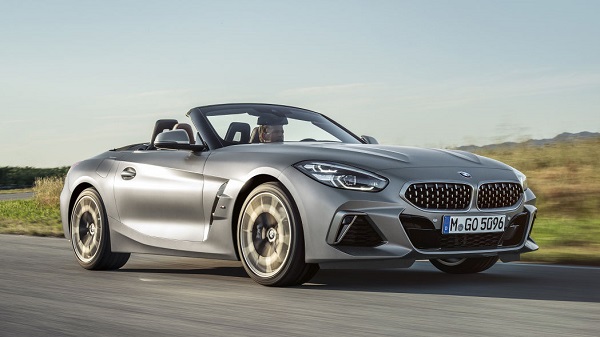 And now, in the effort of adapting to this new trend, the new BMW Z4 alongside Toyota Supra have decided to bear the burden as they both make use of the same platform.

The featured all-new underpinnings in the 2020 BMW Z4 are sure built for better handling experience; though a bit taller than those featured in the old Z4 model. The width has also grown by almost 3-inches and the wheelbase has shrunk about 1-inch. The chassis of this new Z4 is 20% stiffer and its front-to-rear weight distribution is a normal 50/50.

The Z4 M40i model is powered by BMW’s very own B58 engine, a turbocharged twin-scroll inline-6 that produces 382hp and 369 pound-foot of torque. The new Z4 clearly gains a huge 47 horsepower over the old one. This is a significant figure not really because of the relatively diminutive footprint of this car but also due to the fact that the U.S variant’s horsepower figure is a massive 50hp even greater than that of the European version. 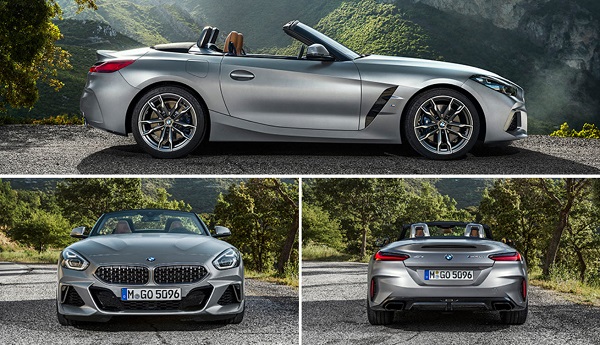 The 2020 BMW Z4 just looks sexy from all angles

When it comes to the interior of the new 2020 BMW Z4, it is laid with the brand’s familiar cabin décor sort of touches which is a relatively minimalist type of treatment with some reasonably upscaled materials that befits its tagged premium price. Nonetheless, the new Z4 also featured a bit of 21st-century standard-issue tech which can be found virtually in all luxury car models nowadays: conventional physical gauges were replaced by a digital screen instead.

This screen is being set up such that a speedometer is positioned on the left and a tachometer is displayed on the right side while the central area is useable for alert information and navigation. This is not like the virtual dashboard of Audi; it is rather a fixed layout sort of screen.

This new departure from the old conventional gauges (round depiction) may actually feel uneasy for some traditionalist at first and they may have to see it as a sacrifice; the new screen is although clear and bright, but its interface still leaves much to be desired by drivers/users. But at least the new 7th-generation iDrive system really works well and now features a larger 10.25-inch touchscreen display that can as well be navigated through a control wheel and some surrounding buttons packed with haptic sort of feedback. 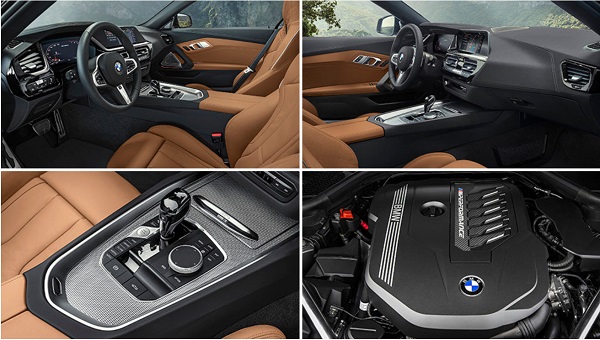 There is surely a noticeable difference now in how this new Z4 handles corners with a lot of bite at turn-in as well. It comes with a meaty 275mm aiding grip, 19-inches rubber all over – a more reassuring sort of security blanket at the Estoril Circuit which is a track that easily induces slides most times.

When expressing the experience of a test driver for Autoblog, Basem Wasef (writer) commented that the raw and mechanical grip is one unexpected boon in this new Z4. In his comments from the driver’s first drive experience he also said:

"A road trip to Portugal's jagged coastline offered a better opportunity to experience the Z4's more natural habitat of traffic-clogged expressways and the occasional empty, winding road. The chassis that felt solid and track-capable is, not surprisingly, more than adequate for spirited canyon driving, taking on the twisting tarmac with confidence and composure. The drivetrain is similarly easygoing, revving with a linear, predictable powerband that makes it easy to exceed the speed limit — it'll hit 60 mph in just 4.4 seconds, too. At speed, the Z4 flows with smooth, easy maneuverability, with the prodigious torque peak between 1,600 and 4,500 rpm helping it along considerably. There's a sense of polish to the sensory experience, which is accentuated by the subtle engine sounds enhanced by the optional 12-speaker, 464-watt Harman Kardon system." 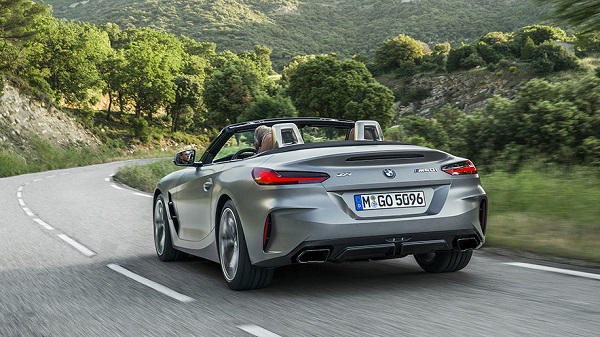 The moderate “ECO-PRO” drive mode in the new Z4 provides a softer, more piped-in exhaust sounds with smoother and predictable shifts when riding the car.

Basem expressed how impressed he was with the new Z4’s performance on a real commercial road drive, he wrote;

"And past the busy commuter arteries near Lisbon and onto the twisting two-lane highway hugging the Atlantic coast, the soft top's quick operation — 10 seconds at speeds up to 31 mph — impressed. Our tester included an optional weave that deflects UV heat. A small baffle keeps turbulent airflow out of the cabin, which remains relatively peaceful as speeds escalate."

The 2020 BMW Z4 has undeniably evolved into a more composed and refined convertible that screams for a farther and faster riding.