Audi unveils the E-Tron 50, more affordable and can cover up to 186 miles on a full charge

If you're an Audi fan on a budget, with a special interest in their EV lineups, an affordable model named the E-Tron 50 has been unveiled. Check it out now!

Audi is definitely doing all it can to make sure customers access their e-vehicle variant. The German automaker has debuted a new model called the E-Tron 50 Quattro. It will be sitting as the second model under the E-Tron range which has the 55 Quattro as its first model. Information gathered by Naijacarnews revealed that the new model is equipped with a 71 kWh smaller battery pack and it's lighter by 120 kg and affordable too. The first model, the 55 Quattro, has a 95 kWh battery pack. 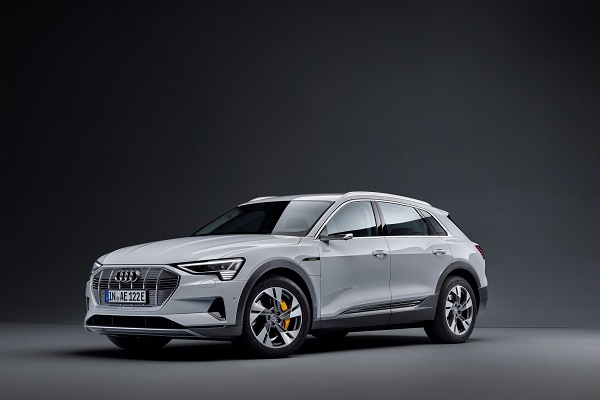 The new  E-Tron 50 Quattro has a smaller battery pack

The smaller battery pack featured in the 50 Quattro can drive for 186 miles (309 km) when it's fully charged, which happens to be 55 lesser when compared with the number of miles the existing model can drive. 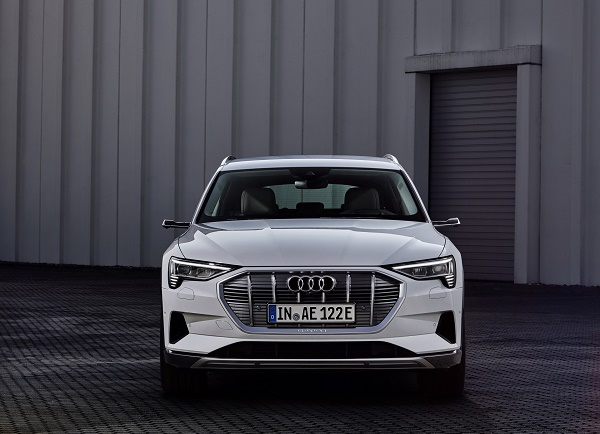 Audi has prioritized the rear axle of the car to attain the highest efficiency. However, the front wheels can also be powered when required. The 50 Quattro also came with regenerative braking which helps to restore the energy lost during braking and then channeled to charge up the battery. 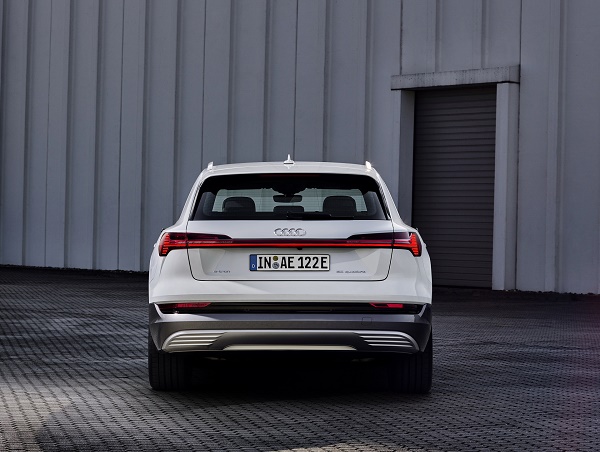 And talking about charging the battery, it can charge up to 80% in 30minutes. Audi has plans to add an optional connect charging system that can allow users to plan off-peak charging hours. 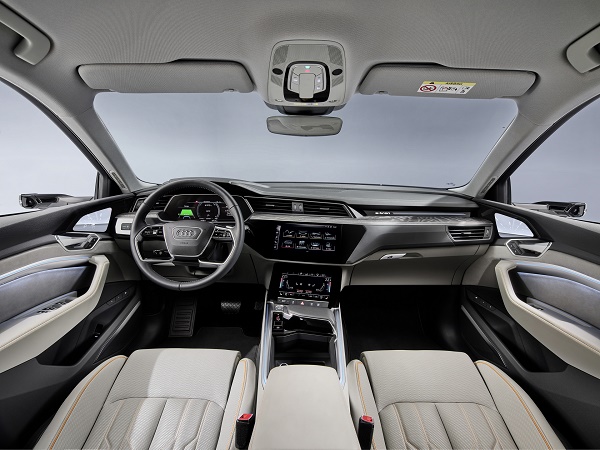 Audi will begin the production of the E-Tron 50 Quattro this year while the pricing details will be made known at a later date. 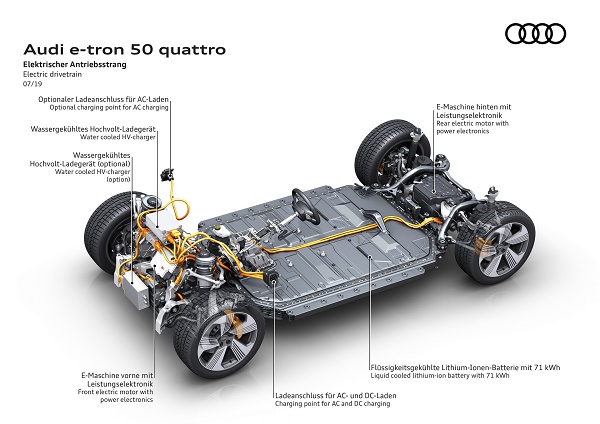 The chassis  which the e-Tron was built on

Check out our news section for more car release updates