BMW has unveiled the Vision iNext concept SUV, scheduled to be released in 2021. Though the car isn’t available for sale yet, we've been given a chance to see what it's like.

It’s the year 2018, but BMW is way ahead in the future. As we updated last month, the automaker has unveiled the Vision iNext concept SUV scheduled to be released in 2021. Although the car isn’t available for purchase yet, car enthusiasts have been given the opportunity to see what it looks like. Within the scope of this article, Naijacarnews presents to you all the features you need to know. 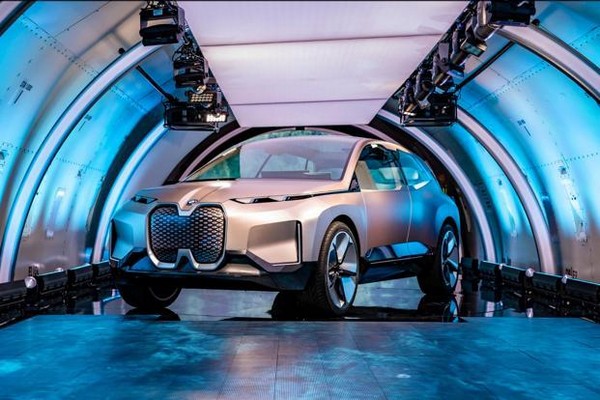 Vision iNext in its premiere event

In line with its forward-thinking movement, the unveiling wasn’t done at a design studio or an auto show. Spectators at the Kennedy Airport in New York were awed as the iNext concept SUV was unveiled in the belly of a Lufthansa Boeing 777F cargo plane.

In order to pull off such an innovative show, BMW joined forces with Lufthansa Cargo to unveil the vehicle in 4 different destinations such as New York, Munich, New York, San Francisco, and Beijing. This was to give BMW lovers and enthusiasts in different locations the opportunity to witness the unveiling firsthand.

The concept car is rolled out in 4 famous destinations

Looking so fashionable like the BMW X4 2019, the exterior of the car takes the form of large front kidney grille, referred to as the intelligence panel of the various digital sensors in the car. The highly automated SUV comes with touch-sensitive suicide doors. Instead of the regular rear windows in cars, BMW gives a full digital experience by installing cameras and a panoramic roof for adequate lighting.

The interior is beautified with wood furnishings. The steering wheel is collapsible, and can be tucked into the dashboard when the car isn’t in drive mode.

BMW also uses what it refers to as “shy tech” in the interior. Right under the fabrics, are concealed user interfaces, which can be made visible by the car occupants at their convenience.

Its shy tech furnishings give the interior a sleek look

There’s no need for mechanical controls. Users can issue commands by spelling, drawing or swiping. Good entertainment is also a part of an enjoyable ride. Passengers can listen to music and adjust the volume by tapping the touch sensors.

Talking about its power, Vision iNext can accelerate from zero to 60mph within 4 seconds. What's more, drivers of the fifth-generation car can even get to enjoy 373 miles on a single charge.

To know how the automaker produces these flawless products, check out their stories in the clip below!

The Story of BMW Vision iNext