Just like many other auto enthusiasts around the world, NaijaCarNews.com was sure taken aback at how fast it took Cadillac to introduce updates for its CT5-V and CTV-4 performance sedans.

Everyone present at the 2019 Grand Prix in Detroit was surprised as Cadillac’s two newest V-series took to the race track to show what seems to be demonstration laps just in between the official races at the event. 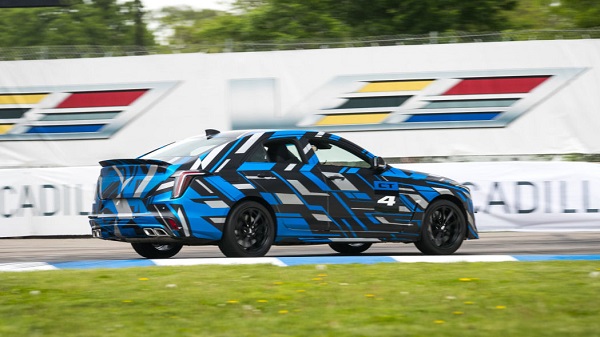 The blue-coloured camouflaged CT4-based Cadillac on the race track at 2019 Grand Prix, Detroit

No one can categorically tell for now, what is really powering these two new prototypes but there are many suspicions that these new vehicles are delivering more power compared to the 355hp CT5-V and 320hp CT4-V vehicles.

Also, there are suspicions of versions including the Cadillac’s Blackwing twin-turbo V8 engine, especially in the CT5 V-badged prototype. 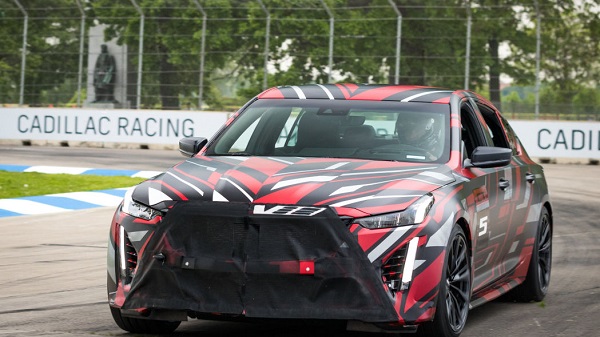 And this is the second leak: a red camouflaged CT5-based Cadillac

Cadillac has also been coy about giving out further details of these two new vehicles by only saying that they;

"represent the next step in Cadillac's V-Series performance legacy."

When we get further information, be sure NaijaCarNews will keep you guys updated.