The growing love for SUVs is making some automakers put more attention on production of those SUVs. That isn’t affecting Honda at all in terms of manufacturing. The company is already doing so well in the production of sedan, having sold over one million units since late 2015. Currently, this compact is the top selling Honda model right after Honda CR-V. Whether it worth buying or not, we will find out in this new 2019 Honda Civic Touring first test here on Naijacarnews.

We all know Honda Civic Touring was launched in 2015 for the 2016 model year. Ever since, the model hasn’t moved back for a second. It has moved from strength to strength and promises lots of automotive wonders the company is known for. The 2019 model year of Honda Civic Touring has come with lots of improvement on the previous versions.

The audio system has finally acted as a replacing solution to the infamous capacity touch slide bar with a knob for volume. Right on the top are new physical button in a column that offers satisfaction and better response compared to the previous version with capacitive touch. There isn’t any change with the Display Audio System’s touchscreen section. We initially thought it would have been upgraded to the better and more intuitive next-gen interface seen in other models from same company such as Insight.

Since 2016, Honda Civic Touring sedan has been competing seriously with other similar brands in the market

It has a subtle tweaks of exterior design and mainly located upfront. It now offers large black chrome and tremendous work has been done on the lower bumper. The distinctive C-shaped taillights have not been touched around the back.

Another impressive step by Honda is the reduction of noise in the cabin. In this new Civic, there is an improved sound deafening material in its front fender, trunk and floor. So, driving this 2019 model is so quiet even on rough terrain.

The fact that there is less weight with the volume knob and the new sound insulation in this new model should be exciting enough. It weighs 2,936 pounds with front-wheel drive powertrains. It comes equipped with a 2.0-liter naturally aspirated car engine I-4, the turbo-four 1.5-liter and the high strung Civic Type R 2.0-liter turbo-four. There is an option for choice of transmission such as Continuous Variable Transmission (CVT) and 6-speed manual transmission. These depend on the trim you are going for. For the Civic Si and Type R, you would only get manual. 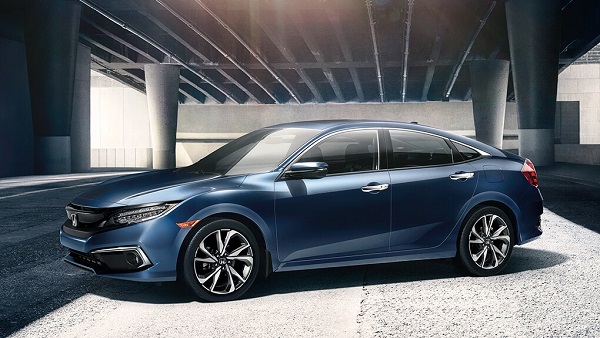 The 1.5-liter turbo-four in 2019 Civic Touring tester, is paired to CVT and tuned to generate power of 174 horsepower and 162 lb-ft of torque. The engine and CVT sync very well since there is adequate power. Overall, the 2019 Civic has a smooth power delivery. It accelerates from a standstill of zero to 60mph in 6.8 seconds with 15.2 quarter mile time. With this, it has easily matched the remarkable pace of the long-termer 2016 Civic. So, it is quite a safe and easy car to drive. 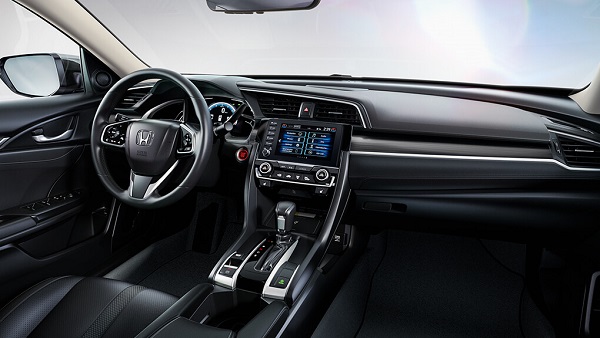 Honda Sensing comes with another major improvement found on the new Honda Civic, which is standard for all trim-level. This used to be only standard on just Civic Touring. Driver assistance tech list offered by Honda Sensing include:

>>> Some comparision review from our experts: 2019 Nissan Altima vs 2019 Toyota Camry comparison

2019 Honda Civic Touring price: How much does it cost?

To get the base price for the LX sedan, coupe and hatchback in the new Honda Civic, you would need to pay ₦7.3 million, ₦7.8 million and ₦8 miliion respectively.

Standard features you would enjoy if you end up buying one include the prominent Honda Sensing, automatic climate control, parking brake (parking brake), and foldable rear seats. There are availability of new trims – Civic Sport (sedan and Coupe) with starting price of ₦8 million in that order. If you are willing to go for the turbo engine (1.5-liter) of Civic EX, you should be ready to pay ₦8.8 million while the Touring sedan (loaded)goes for ₦10.2 million. 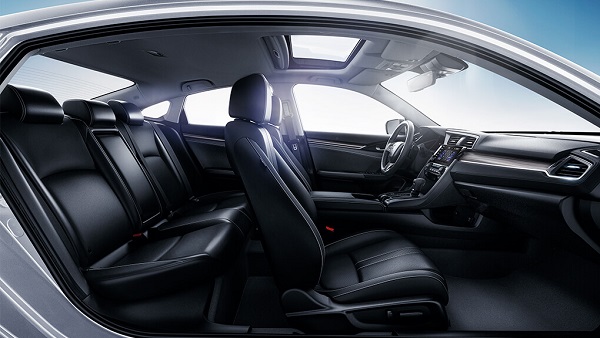 The cabin is spacious enough with sufficient legroom, headroom and cargo storage space

Bear it in mind that if you are in Nigeria, you would need to pay some certain fees and levies to get your car cleared at the port. Contact your clearing agent for more info on the clearing cost.

The efficiency and impressive smart engineering in this new 2019 Honda Civic Touring is a great reminder in the midst of sedan crisis, why it has stood out in its range for over 40 years.