How do you think a first drive of the 2019 Lamborghini Urus will feel like? In this post, we have brought the experience to you.

Are you a huge fan of Lamborghini?

Why wait too long to have a first drive experience in the new 2019 Lamborghini Urus SUV when we could tell you how it feels now?

NaijaCarNews.com is dedicated to bringing you the latest reviews and first drive experiences on all of the world’s top automobile releases as soon as they hit the market. Try not to miss out by checking in here frequently, we’ve got much more for you!

In this post, we have collected the best details of a first drive experience in the “Super SUV” - 2019 Lamborghini Urus that has just stormed the automobile market. 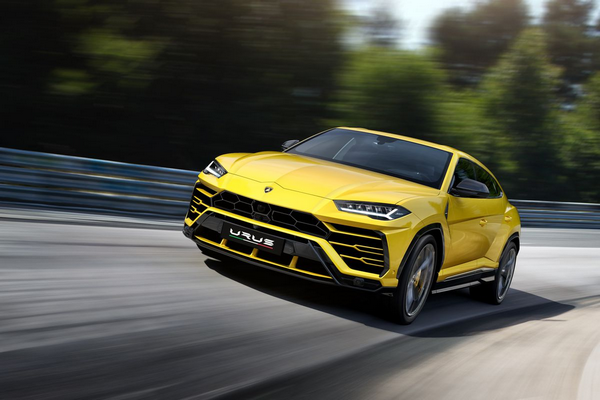 This report is based on a real-life first drive experience of an auto enthusiast from Cars.com.

The styling of the Urus is subdued a bit by the normal Lamborghini standards of design, especially in such a profile where the shape of the Urus is more or less reminiscent of the Jaguar E-Pace in some sense.

However, when this new Urus is seen from the rear or front, the creases does a good job of giving it distinction as well as its lower front fascia seems pretty expressive enough. And if that’s not enough for you, the growl sounds coming from its 650hp, twin-turbocharged 4.0L V8 engine will definitely make you or any passer-by realize that it's sure not a normal/usual SUV.

If you take a peek under this new Urus’ bodywork, you will figure out that the kinds of stuff there are familiar. Yes, this is because this new Lamborghini Urus is sitting on a platform from the Volkswagen Group which is shared with the Porsche Cayenne, Bentley Bentayga, and Audi Q7.

The new Urus has got its 2-screen stack packed with some touch-sensitive controls just like they are found in the Audi A7 and A6. It even uses a variant of the popular Audi Virtual Cockpit in its gauge cluster, although, the graphics are very much different and are more stylized such that they fit the Urus well.

There may be some other touchpoints which people might find bothering but the interior of this “Super SUV” has got enough class with an impressive pair of front seats which seems just right for a vehicle with a cool $200,000 (₦72 million) starting price.

2019 Lamborghini Urus SUV – Speeding up is sweet, slowing down is even sweeter

The first thing you will notice when driving the new Urus SUV is its 4.0L twin-turbocharged V8 engine. It delivers a whopping 650 horsepower and 627 lb-ft of torque which is paired with 8-speed automatic transmission and all-wheel-drive system. With such power, this SUV easily swings from 0 to 62 mph in just 3.6 secs and could run as fast as 190 mph. Is that not just sweet?

After driving this new 2019 Lamborghini Urus on the track, anyone would certainly believe in the SUV as it pours out power consistently across its rev range and even while driving the SUV in Corsa (which is the race mode / most aggressive drive mode), the responsiveness of its engine just simply feels telepathic literally. 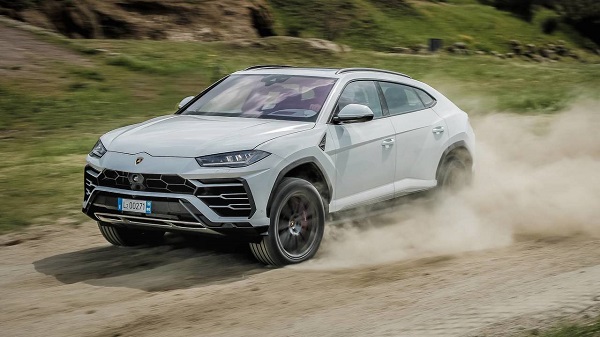 Its amazing 8-speed auto gearbox helps with that obviously as it bangs out each shift instantly. And if employing the paddles isn’t catching your mood, the Urus feels ever ready for some track duty. You could just hang on to your gears properly and begin dipping down with no hesitation to swerve the “Super SUV” from one corner to another.

That’s what you get when Lamborghini makes you an SUV 😊.

2019 Lamborghini Urus SUV – The versatility of the suspension

The suspension in this new Urus SUV keeps it flat when you stop the vehicle abruptly and this flatness means that it could go around corners much faster while still feeling stable. This is really important considering the speeds which the SUV itself can reach by the standard.

But the side effect, however, is that one could start to feel like the Urus isn’t quite fast when driving it. Reason being that, the system sort of controls the forward pitch on hard braking cases, and it also manages quickly rock back when you hit the gas. All of these eventually mitigates that feeling of acceleration that one would get in conventional cars. However, if you take a peek at the SUV’s speedometer, you will see the numbers flashing by as it's going up.

From the “Cars.com” auto enthusiasts’ point of view, he seems pretty impressed with the new Urus SUV as he said;

Despite the Urus being a bit more German than I had imagined, I came away impressed and optimistic.

He claims that when one drives this new SUV, one could easily see that to a great degree, its details seem intentional. From having to start the engine by flipping up a certain red cover, all through to the nice tumblers that are used for selecting the drive modes and the information being shown on the featured screens, Lamborghini has surely nailed some of the little things with this “Super SUV”. And on top of all this, the well-customized drive modes also enhance the overall drive experience in the new Urus SUV.

Even though this new Urus isn’t really Lamborghini’s first ever SUV, the current forces in the market have pretty much dictated for all automakers including the ones in rarified air like Aston Martin and Lamborghini – the need for them to get into the new SUV game in order to continue pursuing their respective passions and roots. This new Urus SUV simply exists so that the Huracan and the Aventador can as well exist; this is indeed the new normal, isn’t it?

We should definitely expect to see more powerful and highly competitive SUV from other top brands/automakers as well in the nearest future as this 2019 Lamborghini SUV has just set a new pace now.