World's most unstoppable vehicle, the Marauder to help in the fight against insurgency as Nigerian Army enters partnership with Paramount Group.

The Nigerian Army has partnered with the Paramount Group for the supply of Marauder armored vehicles to it. The Paramount Group is an African-based global defense and aerospace company. It launched its marauder armored vehicle and allied with the Nigerian Armed Forces as they embark on making major efforts to adequately counter the threats posed by various terrorist and extremist groups. Armies frequently need suitable armored vehicles to protect personnel in their operations. 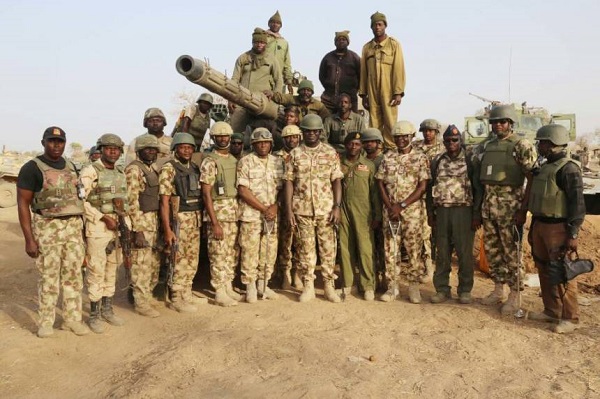 The Nigerian Army hopes the Marauder will be instrumental against insurgency

The armored vehicles which are painted in desert camouflage are a 15-tonne landed system. The Marauder armored vehicles are versatile as they can be easily repurposed as troops carrier or combat vehicles depending on the situation.

The vehicle has a double-skinned hull all over its cabin and crew compartment to shield the crew against attacks such as rom any AK-47. Its seats are equipped with specially designed anti-blast protection that can prevent injury from the devastating impact of a mine explosion under the hull. The vehicle is also designed to withstand a side blast (IED or roadside bomb) which is up to the power of 50 kg of explosives. Hence, it is referred to as “The World’s Most Unstoppable Vehicle”. 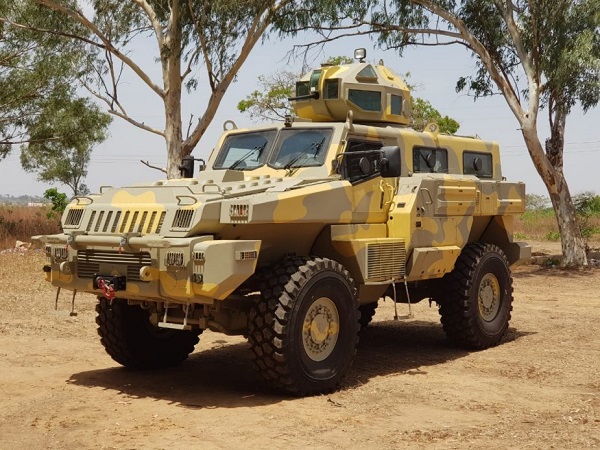 The Marauders vehicles designed for the Nigerian Army are constructed with the King Abdullah Design and Development Bureau (KADDB) Jordanian Snake Head turret with a 7.62mm machine gun.

Speaking on the partnership, the Senior Vice President of Paramount Group, Eric Ichikowitz expressed the company’s privilege to work with the Nigeria army.

“We look forward to building on our strong and long standing relationship in support of Nigeria’s Armed Forces, by providing highly innovative and advanced solutions to embolden the nation’s frontlines of modern-day defense and security. Increased security leads to increased economic growth and Paramount’s proven, portable manufacturing model can play an important role in the establishment of local manufacturing capabilities, enabling the diversification of the nation’s economy and the potential to foster sustainable job creation. These are shared efforts that we believe to be vital to maintaining Nigeria’s continued trajectory,” he said.

It is not clear how many units of the combat vehicle Paramount will be supplying to Nigeria.

>>> Your vehicle is only as good as the car care you give it. Get more helpful driving tips and advice here!