The new Bentley EXP 100 GT concept car built to celebrate the automaker’s centenary is just spectacular! Click for stunning pictures of this beauty!

Even though we have featured so many reviews of futuristic concept cars here on Naija car news in the past, the new Bentley EXP 100 GT really stands out among them all.

If one is to consider the rate at which newer technologies are being birthed every day in our world today, it might be tempting to sometimes say “the future is here” already.

During Bentley’s recent Centenary celebration, the British automaker revealed the EXP 100 GT concept car which packs a completely futuristic design and set of features both inside and outside. We could literally say that everything about the car is just simply “out of this world”. 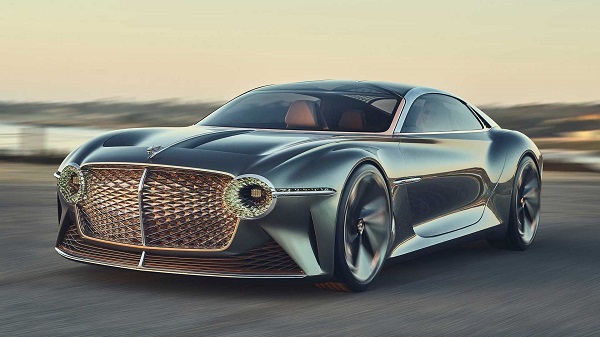 This is the Bentley EXP 100 GT concept car – isn’t it just spectacular in appearance alone?

To begin with; the exceptionally striking frame of the car is made directly from carbon fibre and lightweight aluminium materials.

Can you see the sleek proportions and lines on the exterior of this Bentley EXP 100 GT concept car?

The entire body of the car is 2.6m wide and 6m long, making it surprisingly longer than many enthusiasts would have imagined. However, this huge size and length will be hard to notice by mere looking because the exterior has got lots of sleek proportions and lines.

Right from the first glance at this EXP 100 GT concept car, we can bet that there will be hardly anyone who wouldn’t notice its beautiful illuminated grille immediately. This grille comprises more than 6,000 units of LED lights which produces a breathtaking illumination in front of the car. Although, we should point out that this huge grille isn’t present because of any technical reasons like say an internal combustion engine. The EXP 100 GT is fully electric and isn’t powered by any combustion engine but rather four different electric motors. 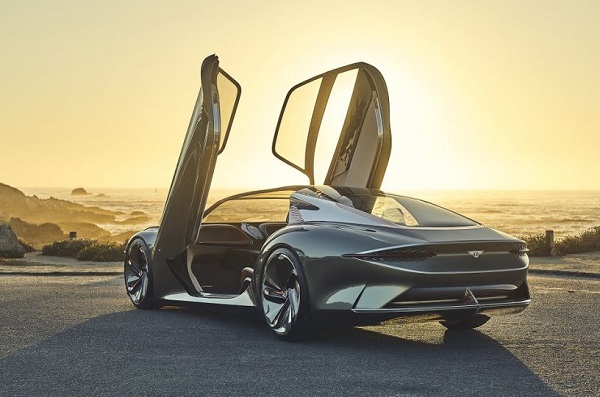 This EXP 100 GT concept car is just totally futuristic on the outside but still has elements that give the typical “Bentley” vibes in its exterior design.

Some other notable futuristic exterior design features of the EXP 100 GT includes;

We believe that the interior of this Bentley EXP 100 GT electric concept car is its main selling point because it is completely awesome.

The interior design of this car clearly shows off Bentley’s balance between amazing craftsmanship and attention to details in such a harmonious blend that could literally take anyone’s breathes away. 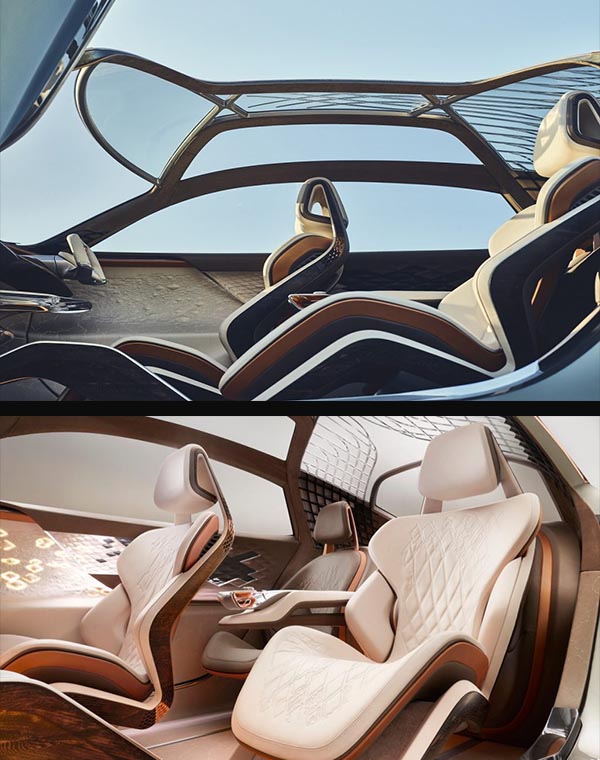 Just as Bentley has designed this car’s interior to be so impressive, it didn’t disappoint as well when it comes to the interior features. This EXP 100 GT car is equipped with a plethora of interior features that we can simply not name it all. However, we did find some of them very special and worth mentioning. Below is a highlight of these few notable features;

If you think this EXP 100 GT might be slow because it’s an electric concept car, you are wrong!

This beautiful concept car is definitely not one of the slow-performance types of the electric concept car at all. It’s four powerful motors produce a power output of 1,400hp and 1,500Nm of torque combined. Yes, you read that right!

This huge amount of power helps the car to reach a rated top speed of 299km/h and a 2.5seconds acceleration from 0 to 100km/h.

Now if you were asking; Did Bentley achieve such huge power and speed with the current batteries used in electric cars? The answer is No!

The British automaker had clearly stated that this car uses a special type of batteries which are more energy-dense by five times than all of the currently available electric car batteries we have today. What this means is that the EXP 100 GT will only weigh 1,900kg overall and yet has 700km range it could cover on a full charge. However, what we found most impressive about this battery technology is the unbelievable 15minutes charge time from 0% to 80%.