Renault debuts the e-Plein Air as an electric convertible car

Renault is celebrating the 10th anniversary of 4L international by unveiling an electric car based on a 1968 Renault 4 Plein car.

Renault is in a celebration mood. It’s the 10th anniversary of 4L international and the French multinational automaker has gone ahead to debut its newest electric car named Renault e-Plein Air. It’s a retro concept built on a 1968 Renault 4 Plein car, in partnership with Renault Classic, Renault Design, and Melon Retro Passion, who happens to be a classic French parts specialist.

Renault didn't go into details about the new electric car, however, the car manufacturer pointed out that it took on current design and a drivetrain gotten from the latest Renault Twizy. Despite that much wasn't said, a look at the electric car will tell you that it was inspired by the original Renault 4. 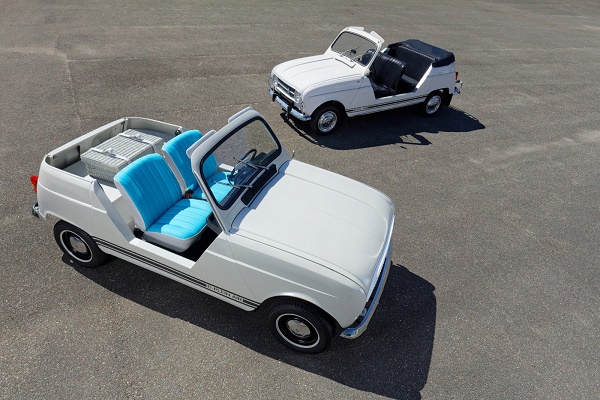 The e-Plain Air came with a closed grille, blue two-tone seats and a rack for luggage at the back. With the information Naijacarnews gathered, the Twizy which was fitted into the e-Plein Air has two drivetrain options. It's equipped with a 6.1 kWh battery capable of transmitting power to an electric motor that puts out 5 hip(4 kW/5 PS) and a maximum torque of 24 lb-ft (33 Nm). With it, the car can drive 62 miles under one charge. The top speed is limited to 28 mph (45 km/h). 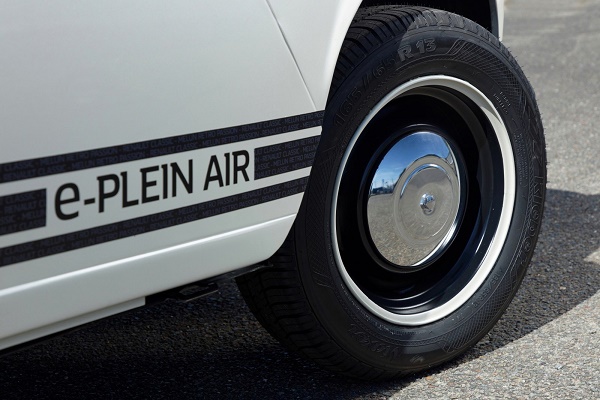 The Renault e-Plein Air is equipped with a 6.1 kWh battery capable of transmitting power to an electric motor

>>> Auto release updates can be found here together with other car news updates.