Mercedes Benz recently unveiled the 2020 Mercedes Benz GLS at the 2019 New York Auto show. The GLS will be offered in four models, the GLS 350, GLS 400, GLS 450 and GLS 580 model as they utilize V-6 and V-8 dual-turbo gasoline engines across board, together with a mild hybrid system. Some of the main competition of the 2020 GLS includes Lincoln Navigator, BMW X7 and the Cadillac Escalade.

The interior design of the new 2020 Mercedes GLS is one of the best in the world of luxury SUV. The GLS is equipped with top class interior features. The Cabin is creatively wrapped with leather while the door panels, center console and also the lower dashboard are made of contrast piping. The 2020 GLS is a crossover SUV with three seats row, with the second row having an optional captain's seats instead of the 60/40 folding bench seat.

The longer wheelbase of the 2020 GLS means there is an extra 3.4 inches of legroom for the middle seat row while the 3rd row seats can be adjusted or lowered fully to the floor to give more room for extra luggage. More so, there is an optional heated 3rd-row seats and other climatic control options for the whole cabin.

All of these seats can be electrically controlled and adjusted. The new GLS 580 comes with front massage seats but this feature comes as optional in GLS 450. The GLS comes with new steering wheel which has performance sensitive and has control buttons that can swiped through just like you do on a smart phone screen. The cabin has 64-color energy saving illumination system which delivers a beautiful and scenic interior ambience.

A panoramic roof which is 50% larger is also available. At the center armrest on the 2nd seat rows, there is a 7" touchscreen Android display with docking station. This enables access to media, climatic control system, radio, internet connection and phonebook. 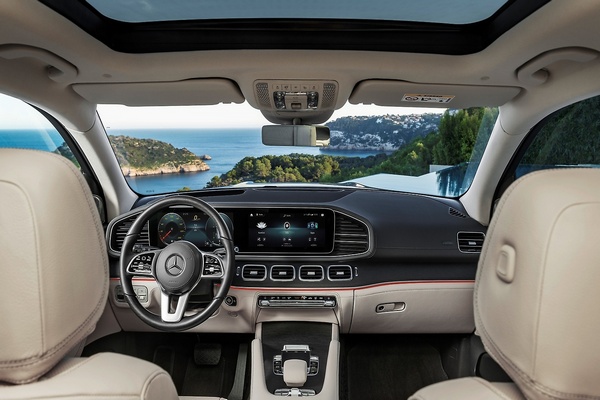 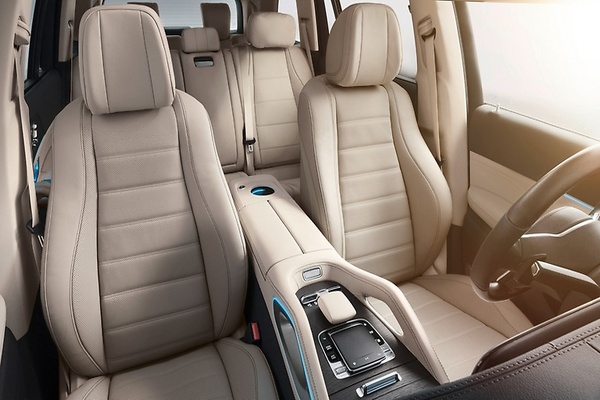 There is also availability of 9 USB ports for charging and media streaming and a wireless charging station is also available as well for the passengers at the rear seats. More so, optional massage rear seats can also be ordered to maximize convenience. The new GLS also comes with the latest and standard infotainment system called MBUX. The MBUX can be controlled verbally or by touchpad.

It also has an optional 3D hand tracking cameras which assist the driver during selection. There is a 12.3" media display screen which displays vehicle status and navigation data. A Burmester Surround sound audio system is also available. Apple CarPlay and Android Auto are available in the new GLS to enable vehicle to smartphone connection so that some controls can be made from phone. A lot of safety aids and driver's assistance features are also equipped in the Mercedes Benz GLS.

The GLS 580 and GLS 450 are both designed with engines that have integrated, starter generator and electrical system powered by 48 Volts battery system to boost power and build torque. With the EQ Boost electrical system, the engines make an additional 21 horsepower and torque of 184 pound-feet, resulting in the GLS 580’s power output bumping up to 504 hp and 700 lb-feet torque. However, since this EQ Boost utilizes battery power, EQ Boost maximum power and torque only last for limited time. The EQ Boost helps in optimizing the vehicle’s performance and also influences the degree of turning by inducing under-steer or over-steer as the case may be when making corners especially on paved roads. It also helps with fuel economy. 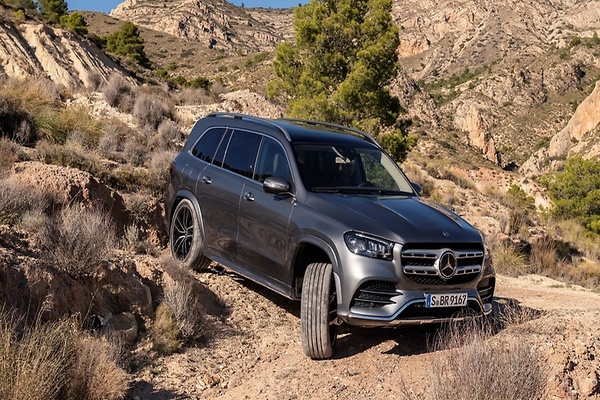 With the EQ Boost electrical system, the engines make an extra 21 horsepower

The models come with a standard AWD and a 9G-TRONIC 9-speed automatic transmission system for even distribution of engine power to the wheels. The damping forces and spring of the wheels in the air suspension can be solely adjusted by the E-Active body control which is powered by the 48 volts battery used in the EQ boost electrical system, which can as well be charged by regenerative braking.

A road facing cameras are also available in the new GLS so as to adjust driving settings whenever an upcoming obstacle or bump is detected for smooth and comfortable drive. More so, the GLS makes use of air suspension system with a standard adaptive damping system which helps in adapting to any driving situation or road condition.

The new 2020 Mercedes Benz GLS has a cleaner and boxy exterior design. Just like the previous GLS models, it has a muscular body with well sculpted horizontal lines. However, its rear haunch appears more muscular compared with the previous GLS model, which gives a more elegant and sportier expression. When compared with outgoing GLS size, its width and length have been increased by 6.5 and 17 feet respectively and also has more 2.4 inch wheelbase length.

It also has lots of standard exterior features like the 3-sections daylight running lights and full 112 LEDs for each headlamp to ensure maximum visibility. It also comes with double LED tail lamps, front and rear bumper with an independent lower part that makes it have a diffuser look and 2-power domes to make the engine hood more effective. The GLS has a smaller license plate with chrome strip and a 50 percent larger panoramic roof. 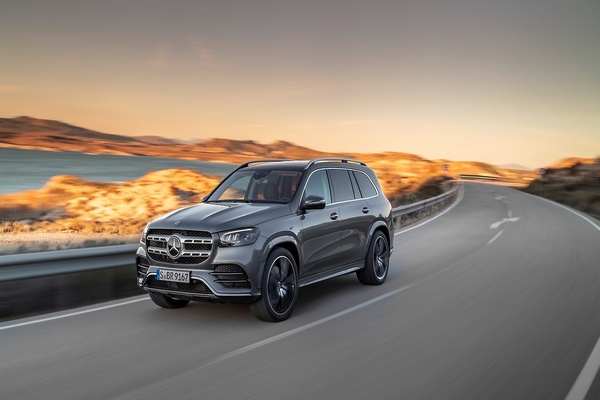 * Unique and luxury materials and items used for cabin design

* Similar look with the outgoing GLS