Are you one of those BMW enthusiasts wondering what the 2020 BMW X6 M Coupe will look like? Well, there are surprises and the familiar, see below speculations for this special model!

The 2020 BMW X6 M is yet to be unveiled while customers and enthusiasts are anticipating what the styling will look like. Having of course seen the camouflaged version in recent spy shots, the excitement has moved up a notch.

One thing Naijacarnews do know is that similar to the likes of the Mercedes-AMG GLE 63 S Coupe, the BMW X6 M is positioned to be a crossover coupe, which will be in its third generation.

On its debut, of course, it will be going up against solid alternative rival coupes such as the AudiRS Q8, Mercedes AMG GLE 63 S Coupe, and the freshly emerged Porsche Cayenne Turbo Coupe.

Nevertheless, what most potential customers are curious about is whether the actual look of the car will be worthy of competition with these big three? So it's great that we are much closer to knowing wat this coupe will look like going by some digital renders that have hit the internet. 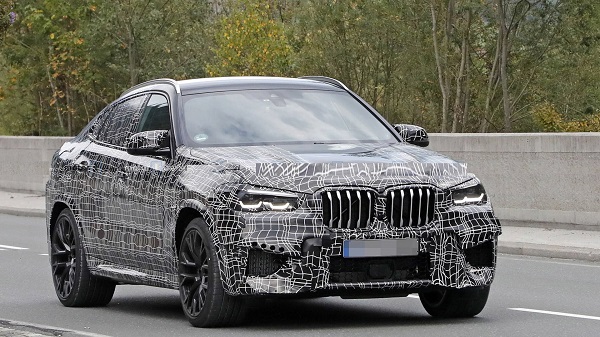 >>> Is this a partnership for the future? BMW, Jaguar Land Rover join forces to build Electric Drive Units (EDUs)

It seems the people at the Kolesa have assisted in making it easier in imagining the final look. Recently the Kolesa showcased a ‘would-be’ look of what the X6 M will look like in its digital renders. Going by their digital drawing, the car is appealing and most of all quite high-concept with its curves and edges that work amazingly well.

Trailing in the wake of the X5 and X7, the BMW X6 M flaunts an imposing front fascia with a huge darker looking grille that is lined by sweptback headlights. Below the bonnet are large flues for effective airflow with a fine mesh. 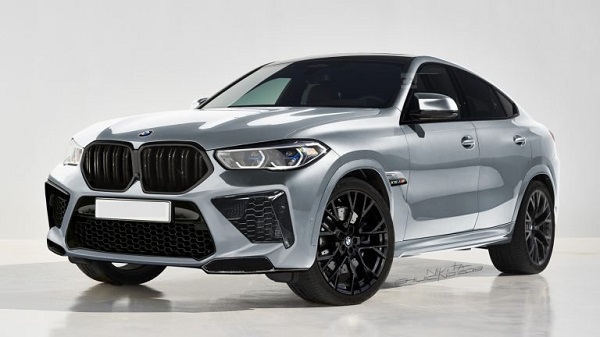 The rear of the car is similar to what was previously unveiled by BMW. However, the tailpipes that the Kolsea dropped are not situated at the exact same spot like the camouflaged sneak peek we saw. Also the exterior pipes didn’t spread back as much as the interior ones.

>>> Do you know this about Rolls Royce and BMW? Rolls-Royce might have gone the way of the dinosaur without BMW

This digital rendering is also very close to the real deal

What should we expect as far as performance? Since the car is yet to be unveiled, very little information is known about its engine. The 2020 BMW X6 M is more likely to come with similar specs like the M5. So, we should expect something in the range of a solid 4.4-liter twin turbocharged V8 engine that yields 592 HP (600 PS) and a torque of 553 lb⋅ft (750 Nm); Of course this can go either way, being less or more.

There is the possibility for customers to be eligible for the X6 M Competition model that might come with a horsepower of 617 (625 PS).