At the ongoing 2019 Geneva Motor Show, the fastest road car on earth was unveiled.

None of NaijaCarNews.com reporters could deny not being mesmerized at the unveiling of the Pininfarina Battista – the currently fastest car on planet earth.

This super-fast car is actually the first vehicle from the company which is Indian Mahindra owned and according to this car’s makers, it is set to hold the record of the most powerful yet road-legal vehicle ever produced in Italy. In fact, for some safety-related reasons, they will be releasing a restricted engine variant first which will have a top speed of 217 mph (350 kmh). 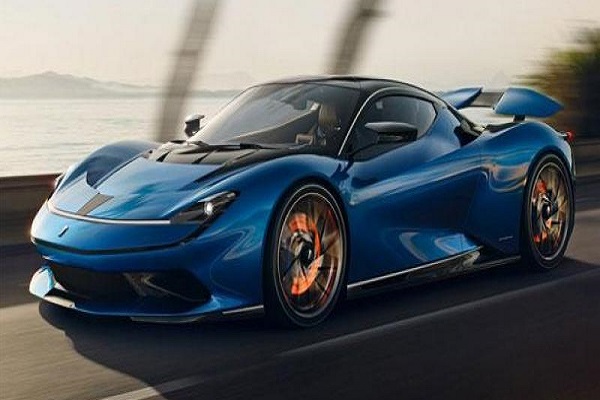 “Today marks a significant step for the launch of a range of Pininfarina-branded cars beginning with the Pininfarina Battista, a car whose name alone fills us with pride”

“It will be the most powerful Italian-built sports car in history, the first luxury hypercar to be conceived in Italy and will deliver ground-breaking all-electric performance in a beautiful body.”

“This car is 0-300 (kmh) faster than an F-16 jet fighter ……So the car will be released with 350 kilometres (per hour) top speed and then beyond that, there will a special track package”

“We aim for the Battista to be a future classic and automotive icon, writing its own page in automotive history books”

It might have been obvious for some of you guys but for those who haven’t noticed, this jaw-dropping new Battista hypercar has actually been named after the automaker company’s real founder who goes by the name - Battista “Pinin” Farina.

Did you notice they only merged and re-arranged the company founder’s actual name to come up with the car’s name? Yes, it’s very thoughtful of them. 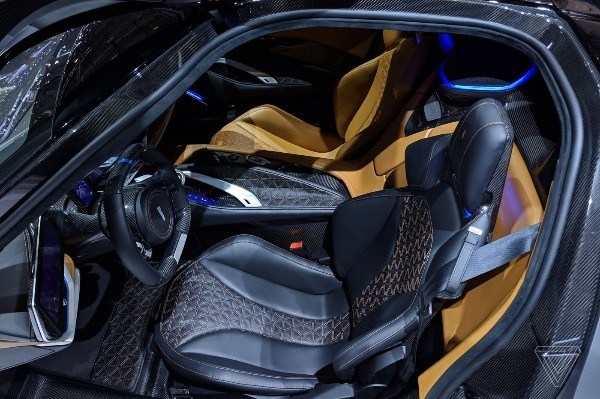 A Sneak peek into the Pininfarina Battista Hypercar’s interior

It's just mind blowing to even imagine that an electric-powered car could possess such top speed, power, strength and still be able to compete in terms of exquisite design with various other petrol-powered hypercars.

Isn’t this proof that most current limitations of electric cars would soon be forgotten with new innovations?

If you are wondering - how many people will own and drive this world’s fastest car? Don’t think too much because only 150 units of this Battista Hypercar has been built so far and it is only set to be available for public driving by the year 2020.

And just as you might guess, the car is definitely not on the cheap side with its current price tag of $2.2 million which is approximately ₦791 million as of now. The automakers have split its sales almost equally among the various top regions like US, Europe, and all other parts of the world.

Check out a quick review video below of the Pininfarina Battista:

By 2020, if most electric cars start becoming faster and more powerful than our conventional petrol or diesel-powered vehicles, what could happen?

We are just waiting for that time when electric cars will storm the Nigerian auto market finally.