Naturally, armoured cars have reputation for having slow acceleration but such is definitely not the case with this super fast 2020-mph Audi RS 7 Sportback from AddArmor.

Respected and known for creating the most sophisticated mobile safe-room in the world, AddArmor is quite happy to unveil its newest creation – 202mph AddArmor Audi APR RS 7- tagged as the fastest armoured car in the world.

It is quite surprising since armoured vehicles are known to accelerate slowly and speed being the focal point of safety, the latest 202mph AddArmor APR RS 7 with its polycarbonate weaving, is ten times more powerful when compared with ballistic steel. This implies it weighs sixty percent less. 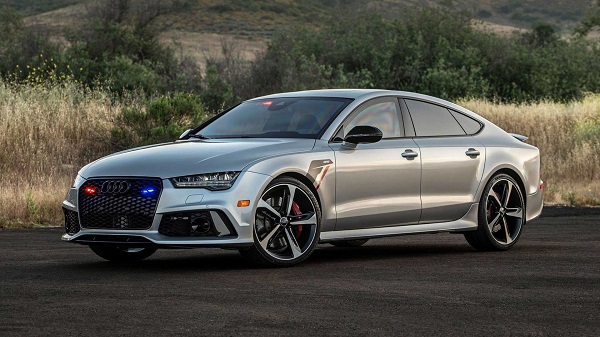 The Audi RS 7 by Addarmor is the fastest armoured car on the planet for just 73.8 million naira

>>> The Audi SQ with bells on! Aftermarket Tuner ABT dials up the Wheel size and Power of Audi SQ2 to exciting new level!

It comes equipped with European B4-level armouring – the company promises up to B7 protection for cars that can halt rounds of armour-piercing.

APR Plus Stage II system is also featured on this latest model, hereby complementing the equipped twin-turbo 4.0-liter engine on the RS 7, with a generative output of 760hp capable of exceeding the barrier of 200mph. it also accelerates from a standstill of zero to 60mph in just 2.9 secs.

>>> Check this out! See the announced official EPA-rated electric range of the new Audi E-Tron SUV 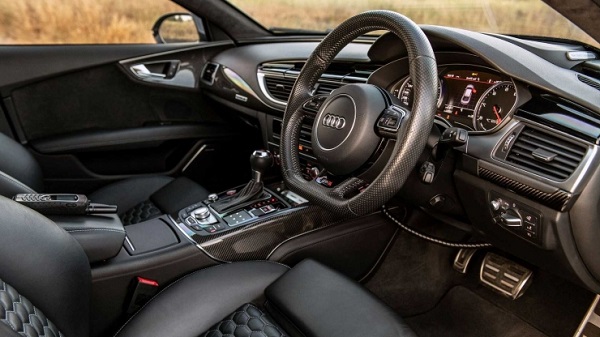 You should expect to other features such as secret-agent gears including sonic cannons, blinding lights, pepper spray dispenser and a barrier at the front powerful enough to blast through brick walls without much trouble.