9 best topless off-roaders to use for your next adventure!

Are you one of those outdoor types always off on your next road-trip or hike? You could use a great off-roader then. Here are the best topless ones.

Until bitumen technology was discovered and used, roads were either rocky, desert, muddy or even vegetative. Navigating through some of these terrains was rough and tough, and journeys weren’t so enjoyable on such occasions. This prompted the introduction of off-roaders into the auto market.

Off-roaders are vehicles designed to navigate through rough terrain; they are capable of driving on and off tarred surfaces. These vehicle are equipped to handle the ruggedness of the roads; they are built rugged, have large tyres with deep and open threads, they also have flexible suspension, and sometimes, caterpillar tracks. 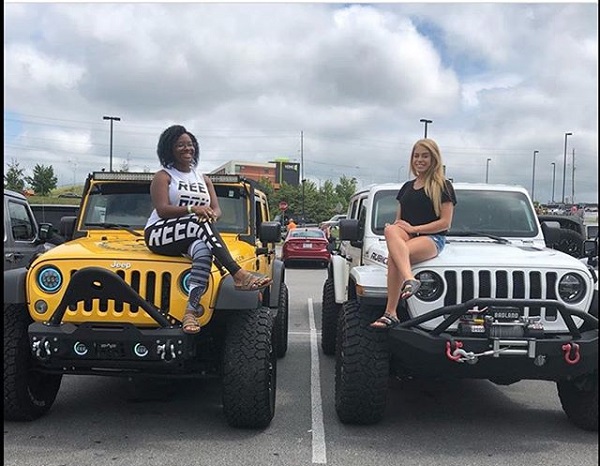 Offroaders are seen as sexy and adventurous

The off-roaders take their roots from the Kegresse track; this was a modification of a car made by Adolphe Kegress when he was working for the Russian Czar Nicholas II, between 1906 and 1916. Adolphe made an unusual caterpillar track that used belts instead of interlocking metal segments. This caterpillar track could be fitted to a car or truck and, voila! You’ve got yourself an off roader.

Between 1921 and 1937, after the Russian revolution, Citroen cars applied the caterpillar tracks modified by Adolphe to their cars, such as off-road and military vehicles. They also went ahead to sponsor many overland expeditions across North Africa and Central Asia with these vehicles.

This kegresse track was topless and thus provided the prototype for the topless off-roaders that followed afterwards, like the Willy MB and a few others which Naijacarnews.com brings to you for your driving pleasure. Enjoy!

Giving priority to its antecedence as the model for modern off-roaders, the Willys MB, popularly known as Jeep, was built to aid soldiers during WWII from 1941 to 1945. This off-roader, could be used anywhere. One special thing that set it apart was that it can be used as a household vehicle, and thus later models such as the Willy’s Jeep CJ (civilian Jeep) were built using this blueprint. 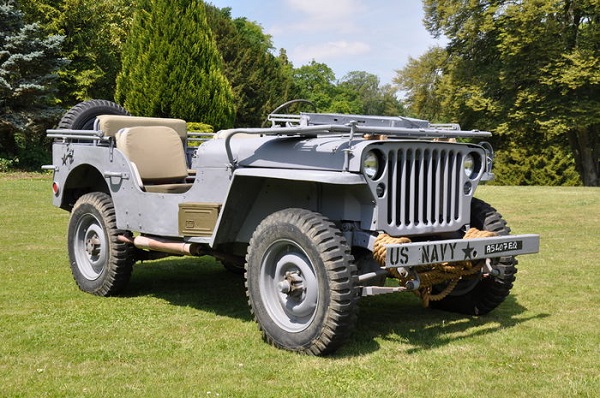 The Willys MB (Jeep) was one of the very first offroaders

The Wrangler Jeep pretty much was involved in the production of off-roaders since its inception. From the unconventional feature of unbolting the top to make it topless to the latest models using convertibles technology, the Wrangler Jeep has been perfecting their craft to build off-roaders that meet consumer expectations. And so the Jeep Wrangler took over from the Civilian Jeep. 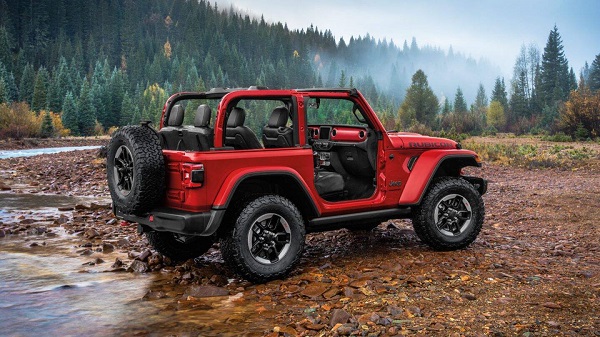 Planning on going on vacation to the safari? Then, get ready to ride in one of this. The Land Rover is influenced by the jeep. Maurice Wilks, when using the Willys Jeep, discovered the need one for such off-roaders in his farm, and so he and his brother Spencer Wilks decided to invest in the production of such off-road utility vehicles. Thus the Land Rover was born. In other to stay different from the jeep, the land rovers where built as trucks through its 1st, 2nd and 3rd series model of the vehicle.

>>> Feed your eyes with these images of two of the world's most popular offroaders: Photo gallery of Mercedes-Benz most iconic off-roader (G-Class & Unimog) in 40th anniversary 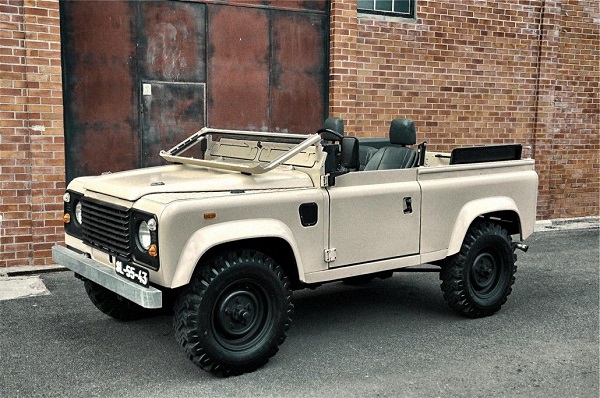 Land Rover Jeep is an icon of the offroader segment, and still used today

The defender is an upgrade of the series model of land Rover brand of off-roaders. They had a coil-spring suspension, which was a shift from the leaf springs suspension of the series. The defender also offers improved off-road ability, and also handling and riding comfort.

The Land Rover Defender continues to wow enthusiasts with reliability, style, and ruggedness

You could call it brief or short but this vehicle has got class as an off-roader. Sometimes called Jimny, the samurai possesses light weight, thin tracks and a short wheel base, so you don’t get restriction as to entering and coming out places where larger off-roaders cannot access. 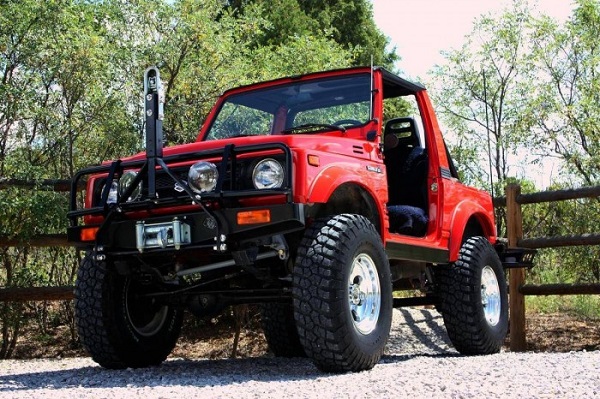 Jimny, or the Suzuki Samurai can squeeze into spaces her big bros off-roaders can't

The Japanese just proved that they too can compete in the production off-road utility vehicles. This they did with the Land Cruiser FJ. They imitated the jeep though, but it stood out on its own as being rugged. The roof and doors could be removed like the jeep and the windscreen folded down to give you that topless and shieldless experience. 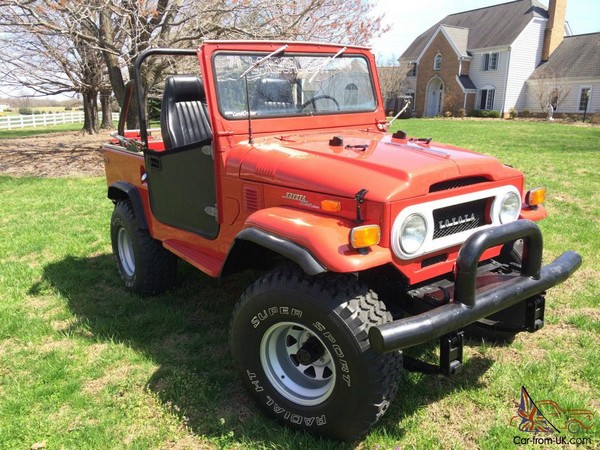 The FJ Landcruiser was Japan's first attempt at a jeep, and the the topless version is spot on, years later

The Ford Bronco was used by Bill Stroppe as a desert racer to win the Baja 1000 in 1971. The Ford Bronco is no upgrade or modification of an older version but was specifically built as an off-roader. It has a short wheel base, new suspension system and low overhangs. In 1966, the Ford Bronco came in roadster version with removable doors and roofs as the only car at that time.

>>> Similar post on Naijacarnews.com: Diplomatic immunity! Cars you can ride to avoid being stopped at checkpoints 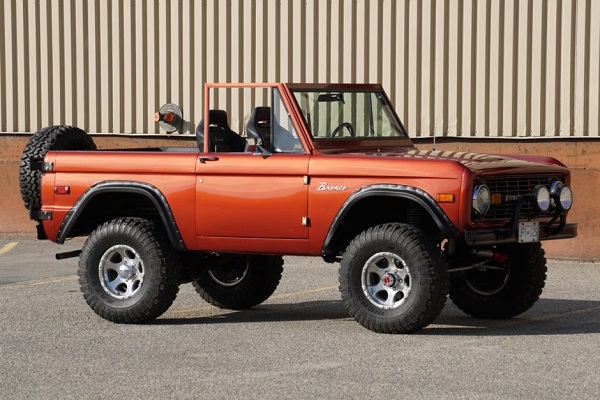 Ford Bronco, all American. Not very fine but packs in power and reliability in off road terrains

Looking for luxury and ruggedness? The Range Rover Evoque should be your choice. At first sight, you would be concerned as to what kind of vehicle it is, but beneath that odd look is a convertible vehicle that can be used as a luxury car and an off-roader. 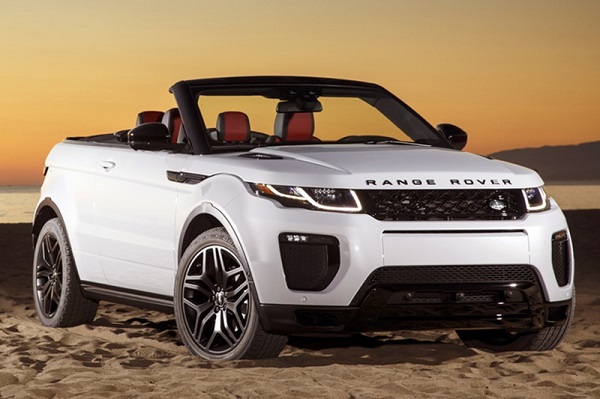 Off road capability in a stylish and luxurious package, Range Rover Evoque

The Volkswagen built the Volkswagen 181 which is a two-wheel drive, four doors, off-roader that was initially designed for military use. It was originally developed for the West German army but was later sold to the public. In 1975 the Volkswagen dropped it from their lineup and ceased their production because it did not meet US safety standards, and it was reclassified as a passenger vehicle. 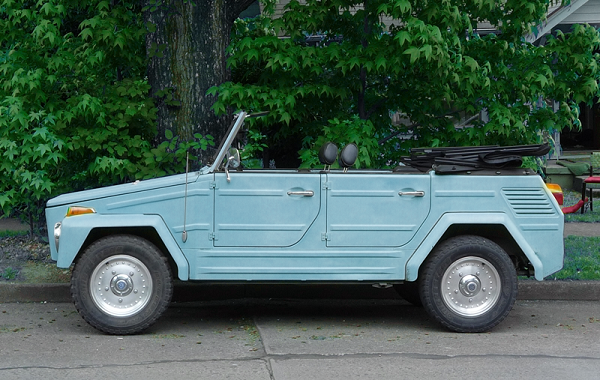 The VW 181 is not the prettiest of offroaders, you agree?

These offroaders will match you adventure for adventure as you hit the wilds!