Bugatti Veyron price in Naira - when one equals a hundred

The Veyron is the very fastest road car recognized by the Guinness Book of World Record, and its price list is not a mainstream thing either. With Bugatti Veyron's price, you can buy 100 new cars of such brands as Hyundai or Kia. See it here!

Bugatti Automobiles S.A.S is an incorporated company under the Volkswagen Group which they purchased in 1998; it was originally founded by Ettore Bugatti in 1909. The proper production of Bugatti Veyron model began in 2005 and continued till the last edition was produced in 2015; the company sold the La Finale, a Grand Sport Vitesse version on 23rd February 2015.

This superfast car has the design of a 2-door coupe exterior with a completely curved shape and no particular edges; the Bugatti symbol is positioned on the front grille which has a unique arc top shape. The interior is a comfortable sports leather 2-seater cabin with a sophisticated dashboard and entertainment by the Burmester Audiosysteme; the production has seen a few models with Targa top that appears like the convertible design.

In the following sections, besides Bugatti Veyron price list in Nigerian naira, we also get you some facts around this unique automobile! 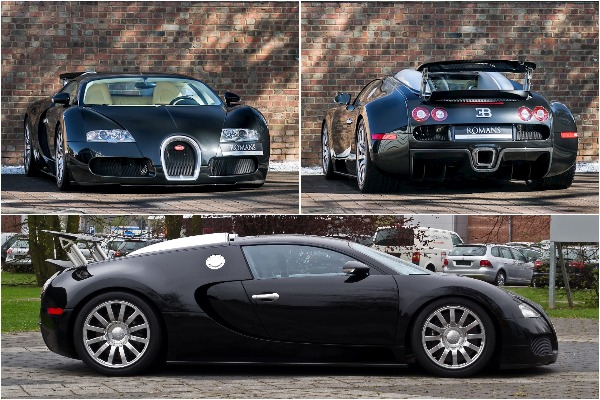 A lot of creativity went into the design of this speedster

A Bugatti Veyron can speed up to 431 km/h, which translates to 267.8 mph. Its Super Sports version has been listed in the fastest cars in the world of year 2019.

The quad-turbocharged 8.0-litre W16 mid-engine is a unique design from Volkswagen, and every version of the Bugatti Veyron which has the “16.4” tag signifies its 16 cylinders with 4 turbochargers. The all-wheel drivetrain on the Bugatti Veyron is permanent for every model and this provides all the traction the car needs on the move; the car uses a 7-speed automatic transmission system to direct speed to its drivetrain. 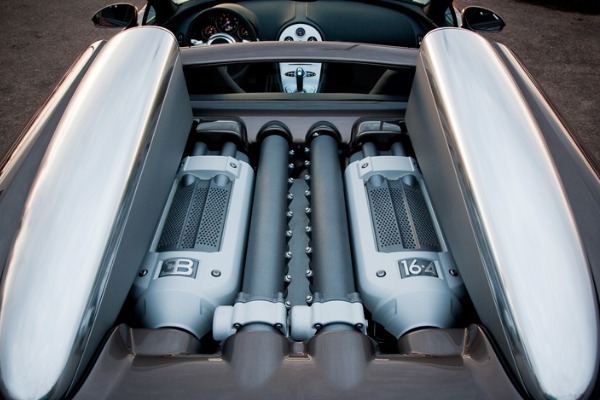 A power source for the supercar with a speed award

The regular engine of the Veyron produces 1001 hp with a 6000 rpm to push the sports car while the engine in the SuperSport generates 1200 hp with a 6400 rpm; James May reported that the Bugatti Veyron consumes 45,000 liters of air every minute at top speed. There are 10 radiators fitted to the heavy engine to regulate temperature for the engine, intercoolers, air conditioning, transmission oil, differential oil, and engine oil.

This could be seen as the variants of this exquisite car, so are the trims here because they were made in particular year ranges. Bugatti Veyron price definitely differs according to these variants which have specific features included when they were produced. The 4 main production variants of this car include;

There are a lot of other special editions that have been manufactured and sold as single or limited production. 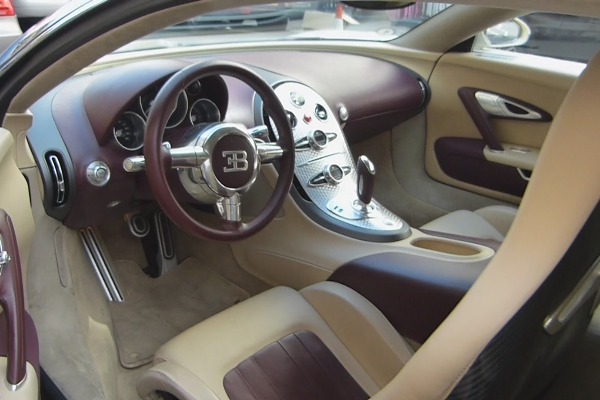 Luxury that beats the imagination of the urban lifestyle

3. Prices of Bugatti Veyron by trims in Nigerian naira

This section brings us to the main business, and we will see here that the standard which Bugatti sets with the Veyron makes this car sell at very close prices for all grades of purchase beginning with brand new, and foreign used.

As you can see from the table, there isn't any price list for Bugatti Veyron 2016 onwards. That's because the last Veyron model was produced in 2015, which was named Bugatti Veyron La Finale.

The foreign used models have slightly different prices from the brand new versions of the Bugatti Veyron price in Nigeria. However, the numbers far exceed the affordability level of most buyers. And these prices may vary due to currency exchange rate, import tax or custom clearing cost.

With all of these prices, customers should know that the Bugatti Veyron comes with top quality materials and durable functionalities that you can trust for a really long time.

Also, we don't update Nigerian used Bugatti Veyron price here. Simply hardly is there anyone in the country who can acquire a Veyron then want to sell it on the market. Don't ever think of buying a locally used Veyron with cheap price as you must be of super-rich class to drive this model.

4. Where to buy Bugatti Veyron in Nigeria

Let's make it clear. You can't just walk to a car shop in Nigeria and bring home a Veyron. To buy this top-notch car model, the only way is to find a reliable luxury car dealership who can help order and ship in a Bugatti Veyron to Nigeria. Below are popular luxury car shops we found that serve hi-class customers who may want a Veyron.

5. Nigerians celebrities who own Bugatti Veyron

A few Bugatti Veyrons have been spotted in Abuja, the Federal Capital Territory of Nigeria; the owners are mostly affiliated to the political class

Popularly known for being the richest man in Africa from his chain of businesses under the Dangote Company Group, he produces cement, salt, sugar and many other household consumables for the African market; this Nigerian billionaire owns a Bugatti Veyron. 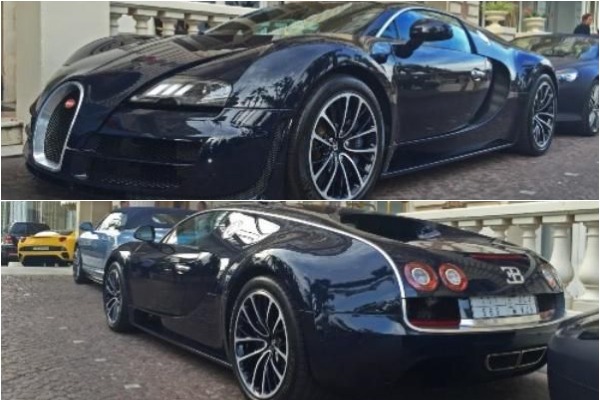 Billionaire luxury style is how Dangote enjoys this Bugatti Veyron

The Executive Chairman, AA Oil Group is a top billionaire in Nigeria with strong ties in politics and partnership with ENI and Shell multinational oil companies.

Oil money is a huge billionaire thing in Nigeria, see the Bugatti that belongs to the AA Oil boss

​The boss of Atlantic Energy, Kola owns this oil and gas upstream company in Nigeria, and is known to be a billionaire in the business. 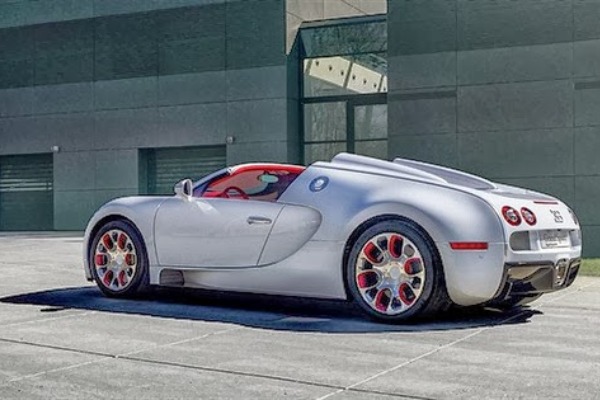 He is the multi-millionaire Nigerian businessman based in USA, and husband to Uche Elendu, a popular actress in the Nollywood industry. 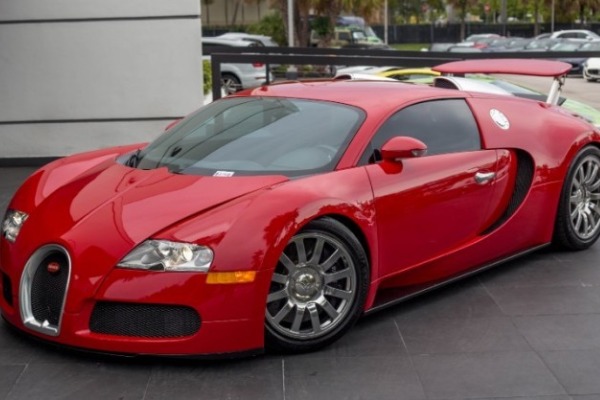 The son of former I.G., Nigerian Police Force, is a pilot with Elite Air Wings as well as the husband of Fatima Dangote, daughter of the richest man in Africa. 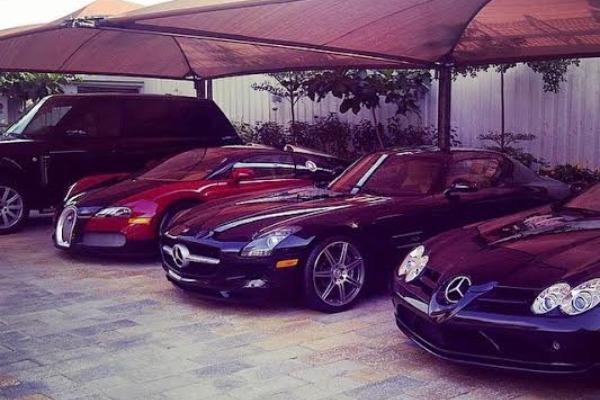 For Jamil, the millions needed to purchase a Bugatti Veyron is completely available

6. How much is the cheapest Bugatti?

We can't say for sure which Bugatti holds the cheapest price tag as the new models are released annually with many trims and packages. The pricing varies at different dealerships as well, depending on the market demand or simply the car condition.

However, when mentioning the starting price of brand new Bugatti only, the 1500 hp Chiron seems to be the most friendly to our pocket.

The 1500-horsepower Chiron has a quite friendly price tag, to the rich only

The company producing the fastest roadworthy vehicle, Bugatti has ensured top safety is considered as they innovate this record-breaking automobile. They ensure that maintenance and servicing is done only at the production plant in France to keep the vehicle in top safe condition; no wonder people get surprised to know that even a tyre change has to be done in France. It is best to always visit Naijacarnews to learn about the most important things to know before buying a luxury car within Bugatti Veyron price and style.

>>> More car buying tips are waiting for you on Naijacarnews.com!

>>> Other car price articles on our website you may want to check: