It seems the battle of 2010 Kia Sportage vs 2010 Toyota RAV4 is an unfair comparison, but you might be wrong. Kia Sportage is truly a formidable rival, even when compared to Toyota products!

The 2010 Kia Sportage and 2010 Toyota RAV4 are two crossovers/compact SUVs that target the same market, and have many parallels. The similarity extends to both the interiors and exteriors . They exhibit almost the same external features and have very smilar interior features and structure. In Nigeria, drivers looking to buy a compact SUV could have a hard time picking either one of the two top players. This comparison review will give you all the help you might need to make a smart choice. 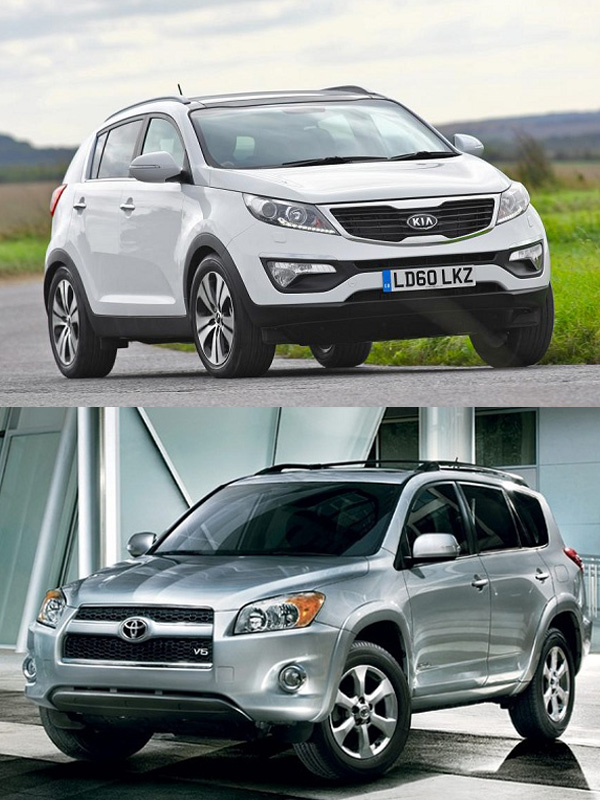 2010 Kia Sportage is a premiere SUV in the compact/SUV or crossover segment. Kia Sportage alternatives include the Honda HR-V or Honda CR-V. The pioneer production of the Kia Sportage was in 1993, and the 2010 Kia Sportage is in the third generation of vehicles. The 2010 model does not display any great change from the previous model. The 2010 comes in two trims which are the LX and EX. 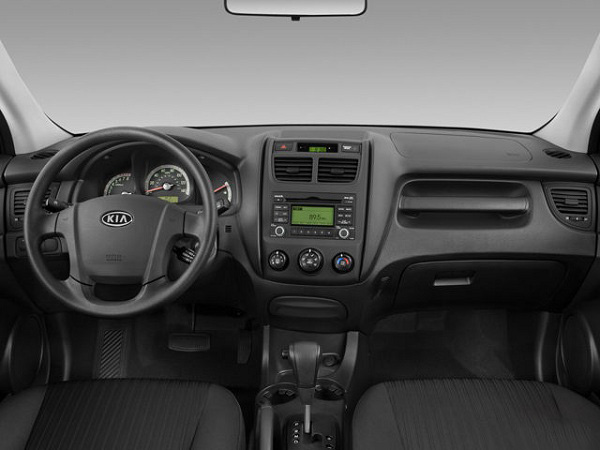 The last major redesign of the Toyota RAV4 nameplate was in 2009 which began the third generation. The 2010 Toyota RAV4 is also third generation since first production in 1994. The modifications in the 2010 model chiefly concern the interior of the car according to trims. The car is available in six Toyota trims which are the Base, Sport, Limited, and additional V6 trims such as Base V6, Sport V6 and Limited V6. This gives users options to choose from either the front wheel drivetrain or the all-wheel drivetrain. 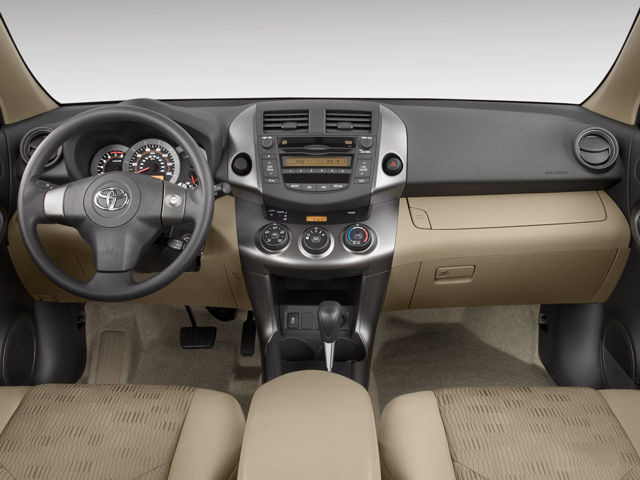 The 2010 Kia Sportage and 2010 Toyota RAV4 can be bought brand new, or you may choose to buy a used model. Check out below the prices for brand new models, foreign used (Tokunbo), and Nigeria used models of these cars:

As mentioned earlier, there is a similarity in the looks of these SUVs. First both are not so different from previous models. They both have fine curves and display modernity and class. A few differences are that the alloy wheel of the 2010 RAV4 ranges from 16 to 18 inches while 2010 Kia Sportage ranges from 16 to 17 inches.

The interior of the vehicles come with features that are different according to trim levels. You will derive a comfy feel from both cars as they both have a well structured and neat cabin but the 2010 RAV4 is more equipped with functional technology than the 2010 Sportage. Bluetooth connectivity is not available in the 2010 Toyota RAV4 however the Sportage des not have automatic climate control and a few other features. However, you will find similar features such as:

>>> This is impressive as well: Brief review of the 2019 Nissan Murano – A crossover Maximus

The 2010 Kia Sportage is a fixed five seating vehicle while the 2010 Toyota RAV4 can accommodate five but has seven seating for passengers when you upgrade to higher trims. Both cars have heated seats and leather upholstery when upgraded to higher trims, but have fabric upolstery for base trims. The rear seat of 2010 Sportage can accommodate both kids and adults but tends to have slightly less legroom for tall adults. On the other hand, the 2010 RAV4 rear seat is comfortable for both kids and adults as it can be slid towards the front and backward to create much space. However the third row, which is optional is only suitable for kids. 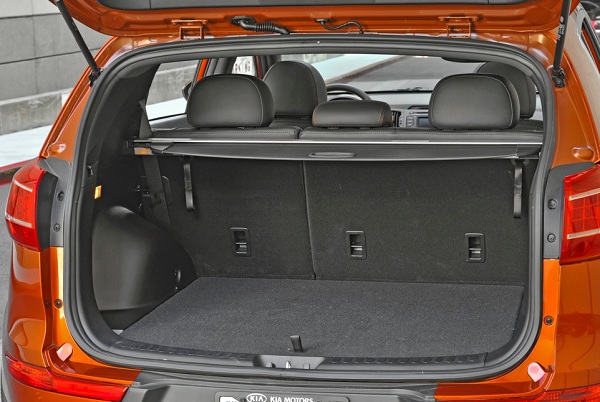 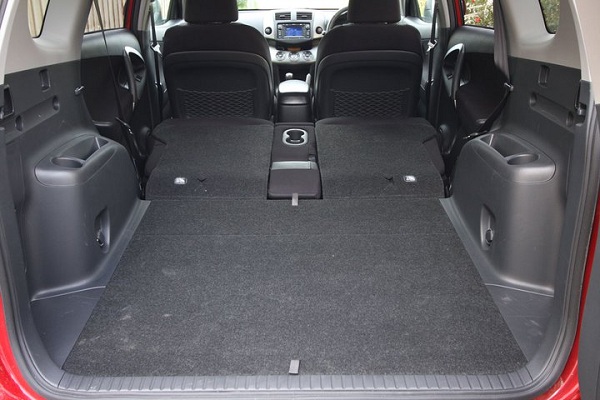 The 2010 Toyota RAV4 is winning when it comes to the security and safety features. Some of the features which the 2010 Kia Sportage does not have are the hill-start assist, downhill assist control, the Daytime Running Lights (DRL), LED taillights and the parking assist. However, you will find similar features like the

Both car comes with good engines and mileage with an option for a V6 engine, below are their specs: 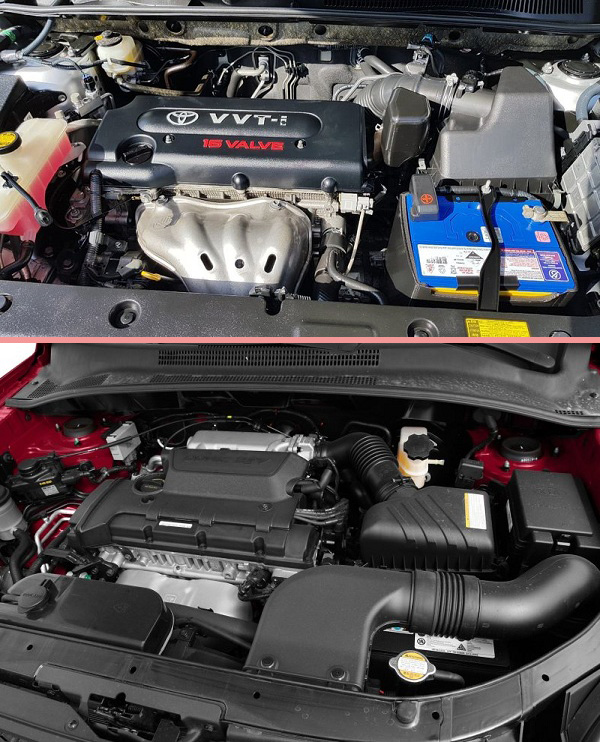 >>> Highly recommended: Understanding SRS sign: What it means to your safety on the road

If you intend to buy either of these two cars, check out the pros and cons before heading to your car dealer:

Toyota cars are not crowd favourites for nothing, and the 2010 Toyota RAV4 takes advantage of Toyota's proprietary architecture to have the last word on this comparison. Where the 2010 Kia Sportae has the edge is in the price category and some aspects of the interior design. You make the call. Happy driving!