Two hatchbacks Hyundai Veloster N and Honda Civic Type R contest in a battle of supremacy. See how they display their unique selling proposition in this review!

Make way; things are about to get ‘messy’ as the new Hyundai Veloster N goes up against its rival the Honda Civic Type R. It’s a superiority battle of the hot hatches.

The first thing that caught our attention was that both cars had an alphabet to their names. This could not have been a mere coincidence. It seemed like a deliberate attempt by the automakers to prove a point. What would have ordinarily been economy cars were transformed into front-wheel hot hatches. These two did not come to play; it is evident in their offerings. 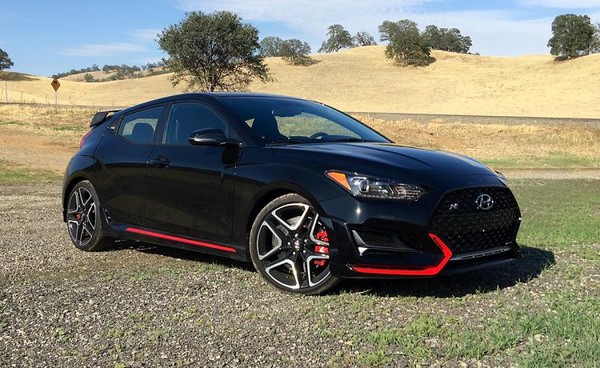 The Hyundai Veloster N has a simple and portable outlook

Created under the supervision of former BMW bosses, the Veloster N pays homage to Namyang and Nordschleife. It made history as the very first export of the division to the United States. A three-door vehicle, the Veloster N has a 2.0-liter inline four turbocharged engine with a manual transmission of six speed. It offers seat belts that are powder blue.

To get the most of the Hyundai Veloster N, you should consider getting the $2,100 additional performance package which offers exciting features including electronically controlled limited-slip differential, electronically adjustable dampers, larger brakes, an upsize from 18- to 19-inch wheels and an active exhaust.

Clearly, Hyundai model is much more affordable with only around N9 million for the base unit, while the Type R from Honda costs nearly N13 million for standard specifications.

Both Honda and Hyundai obviously had different thought processes as they designed the interior of these cars. This is evident in the uniqueness of their design patterns. Veloster N takes a conventional and traditional approach. Its primary instrument clusters are made of analogue gauges such as speedometer, tachometer, coolant temperature and fuel level.

The Type R takes a futuristic approach, leaning more towards the forward–thinking technology. It offers a main digit display that takes away from its appearance especially in regard to its drive mode. 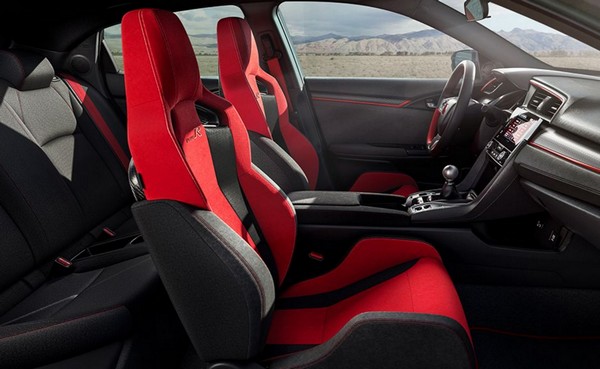 Hyundai extends its traditional design to its rectangular buttons and round knobs. It gives so much control to its infotainment stack. Adjusting the volume is a tad difficult, no thanks to the sliders. This generated a lot of complaints, from users, and the automaker has promised to bring back the simpler volume knob.

Honda opts for bright colors including bright red in its interior while Hyundai opts for calmer colors. Save for the N-signature light blue, the interior is monochromatic and dark. The Hyundai cabin gives off a subdued feeling due to its minimal colors while that of Honda Is the opposite.

Honda and Hyundai deserve some accolades for upgrading both cars from the economy category to high-performance cars. Owners of the standard Civic or Veloster do not get to enjoy the same level of performance even after making changes to some of their car parts. They would have to actually get these cars to experience the performance. This goes to show the level of work the engineering teams of both automakers put in to arrive here.

When you toggle the drive mode of the Civic Type R, and switch into +R, a red glow appears on the dashboard. There is an improvement on the throttle response, the steering quickens and stability control is remapped.

Although gearing of the Type R seems short, but it is an indication that the power is always on, keeping the engine in sweet spot. When you swing into a corner, flicking the steering wheel, the car responds instantly. 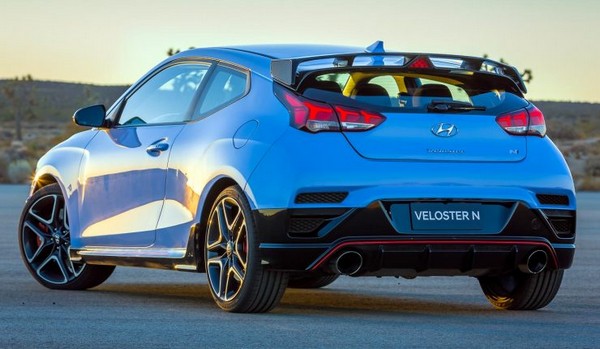 The Veloster N has gentle tires for a smooth ride

Getting the Veloster N into it power mode is quite easy. All you have to do is ensure that the N switch is depressed to the bottom of the steering wheel. It has an above-average acceleration, but it is no match for the Type R. Its tires are less aggressive, hence, they do not move instantly in the direction of the steering. This makes the steering less sharp in comparison to that of the Type R. Instant responsiveness aside, the Hyundai is precise. Once direction is determined, it moves straight unhindered.

Unlike Honda that loses its exhaust note during driving, the pipes of the Hyundai are popped giving off an exciting cackling on each shift. And the sound produced is nothing short of superb.

Hyundai Veloster N Vs Honda Civic Type R: Which one is better?

Honda Civic Type R inarguably offers high performance. As a matter of fact, its one of the best front-wheel drive cars on the market. If you prioritize a car’s acceleration and braking abilities, you will pick the Type R any day, any time.

Hyundai Veloster N is no push over in performance, but it is not as aggressive and sharp as the Honda. If you prioritize interior design in cars, the Hyundai will be great for you as it offers a more stylish and comfortable interior.