Top African cars made in Africa & must-know facts about them

Do you know that there are some amazing cars manufactured in Africa? About two decades ago, no one would have believed that Africa could join the rest of the world in car manufacture but today, we see a number of African car manufacturers like Innoson, Katanka, Mobius, Kiira e.t.c taking car manufacturing in Africa to greater heights. Some of these car brands are already being exported to other countries.

On the scene of car manufacturing, Africans have been more of importers and consumers than producers or exporters but today some African car manufacturers have emerged. According to research, Africans purchase about 2 million cars every year. With that level of car consumption, car production should be high on the radar of production ventures which Africans can explore.

Although there have been numerous arguments on whether or not Africa has what it takes to become a car manufacturing continent, some enterprising African companies have taken the bulls by the horns and made their own cars.

Contrary to believes that African engineers are limited in skills and can’t manufacture anything meaningful especially when it has to do with technology, some Africans firms have shown that technology and automobile manufacture is quite possible in Africa.

And by that single decision of not being left out in the automobile industry, these companies have placed African on the map as a budding car manufacturing continent.

Naijacarnews.com is bringing to limelight the top Made-in-Africa cars and where they are produced.

Since the inception of the company, Innoson Vehicle Manufacturing (IVM) headed by the CEO and founder, Dr. Innocent Chukwuma has designed over 12 vehicles for the Nigerian market. 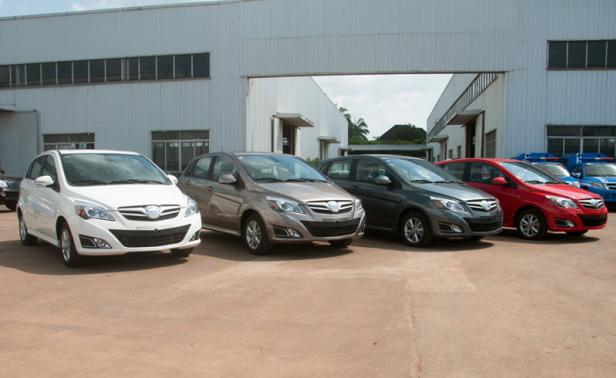 Till now, Innoson from Nigeria is the leading African car brand

Among other African car manufacturers, IVM is already leading the fold. Unlike the Ghanaian made Kantanka which was produced in limited number, IVM vehicles are readily available in the market.

It might interest you to know that at the moment, IVM is exporting cars to neighbouring West African countries like Mali. Just two years ago in 2017, IVM signed a MoU with a Malian firm, Taxi Plus VIP to export over 400 cars for the expansion of their transport business. That was the first time a country in Africa is exporting locally manufactured vehicles to another country.

Amongst the cars being produced by IVM are buses, vans, SUVs, trucks, and luxury cars.

It is no longer news that more than half the population of Nigeria cannot afford to buy brand new vehicles, however IVM says it is working towards providing everyone with their own vehicles for about N1.5 million ($4,200).

Among the IVM brand are popular products like the IVM Granite, IVM G5, IVM Fox and a number of others. IVM has also toppled other African car makers by producing armoured vehicles for army warrant officers.

>>> Check the luxury Innoson SUV the next winner of Big Brother Nigeria 2019 will go home with!

The Kiira Motors Corporation (KMC) was brought back to life by Ugandan Makerere University students in 2014, with support and funding from the Ugandan Government.

However, today the KMC is jointly owned by the Uganda Development Corporation and Makerere University. This African car maker has proven itself as an automobile manufacturing force to reckon with.

Since its revamping in 2014, the KMC has designed three hybrid cars powered by both electricity and solar. 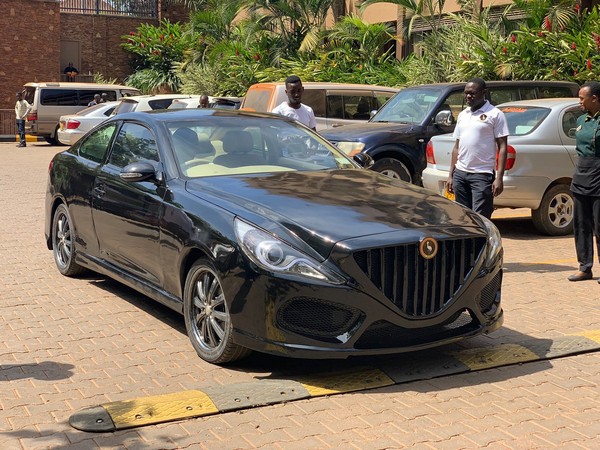 Kiira EV Smack is confident to compete with other EV brands

Amongst their designs are cars like the Kiira EV which is a two-seater electric car. There is also the five-seater sedan, Kiira EV Smack and a solar bus called the Kayoola Solar Bus.

The Kiira EV Smack has a traction motor which is powered by an internal combustion and a battery bank that is a rechargeable engine-based generator. The car is the first of its kind designed and manufactured in Africa.

The Kantanka automobile brand is the brain child of Ghanaian Apostle, Kwadwo Safo. 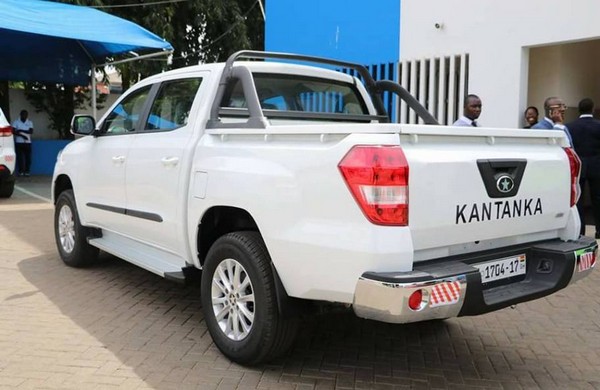 These vehicles are readily available in different colours of different models.

Naijacarnews gathered that the Kantanka Automobile Company manufacturing plant is located in the Gomoa Mpota central region of Ghana.

>>> Recommended for you: Cheap cars in Nigeria? Here is what you need to know if you want one!

Mobius Motors was founded in 2011 by foremost African entrepreneur, Joel Jackson. The vision of the company was to build a vehicle in Africa, for Africa.

The first-generation model was launched in Kenya in 2015, with the next generation Mobius II still under development for launching in 2019. 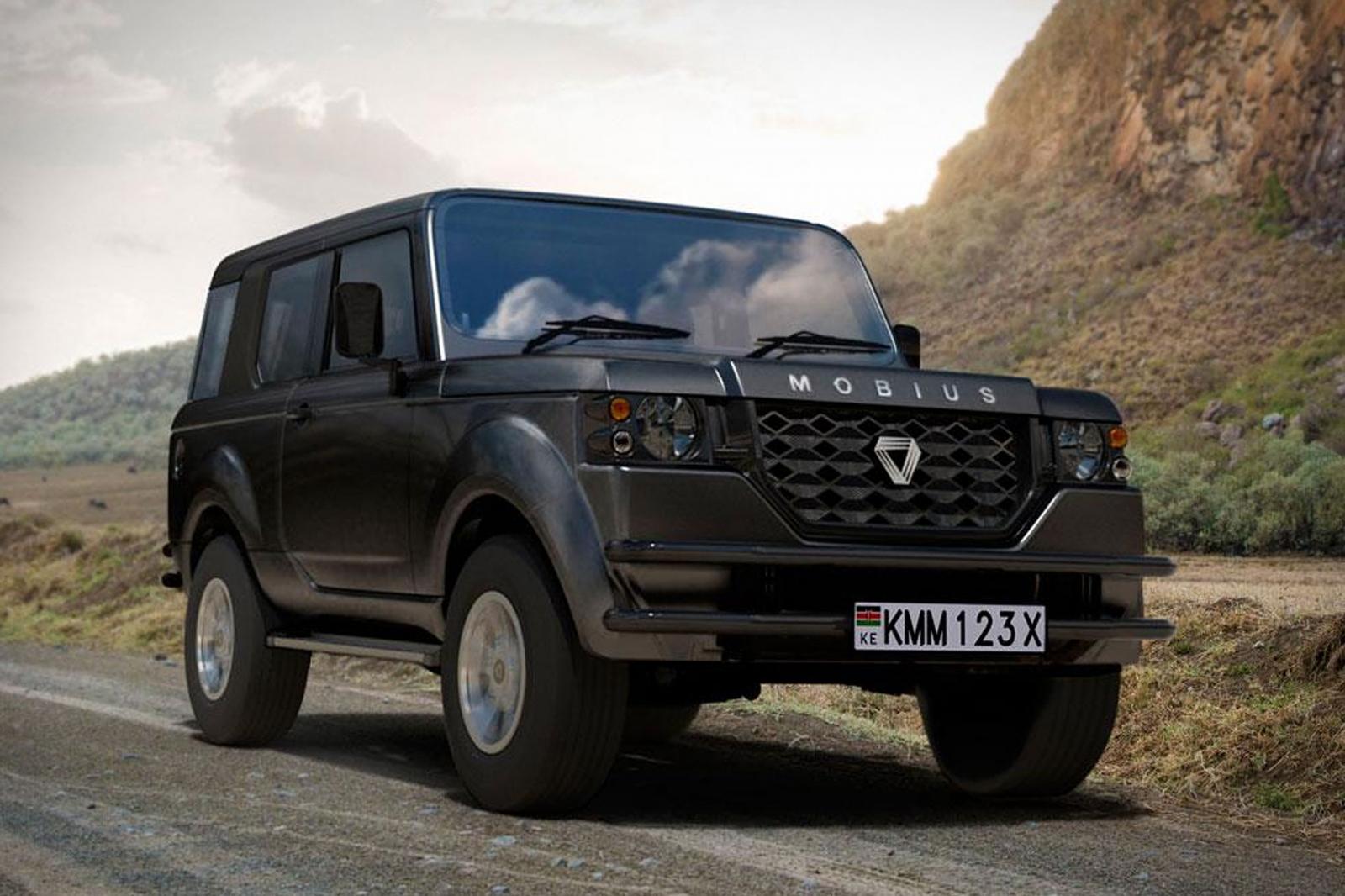 The Mobius II sells for about 1.3 million Kenyan Shillings (about N4.6m). With seating for up to eight passengers and a large cargo space, it offers an unrivaled experience for family trips.

This automotive innovation by one of the best African car manufacturers delivers a top speed of about 160km/hr.

It comes with some standard features like a top-notch infotainment system, GPS navigation, WiFi connectivity, USB connection, and Bluetooth connectivity.