Have you always wondered why the Toyota Camry 2004 big for nothing was given the name! Find out more here about its prices in Nigeria and see a broad review!

When Toyota launched its 6th generation of Camry cars in the early 2000s, it was obvious they wanted to make a totally different kind of automobile available for customers. The car was made to be a lot spacious and to be able to carry more cargo than the previous generations. In that generation, one of the versions stood out. It is the Toyota Camry 2004. This Camry came with just about the same volume of space like the other midsize sedans before it but the middle compartment where passengers sit is a lot bigger.

Immediately the model made its way into the Nigerian market, it had been tagged "Big for nothing". Notable features in the vehicle are its 16-inch sporty tires which added to the sporty look, the exquisite fabric, a big middle and the new 3.3-liter V6 engine that came with the SE trim level - with an output of 225 horsepower. The Toyota Camry Big For Nothing also had a lot of other features which will delve right into immediately. 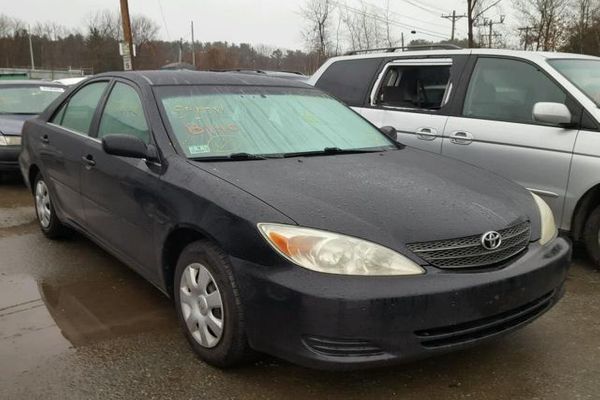 Overview of Toyota Camry 2004 "Big for Nothing​"

The Toyota Camry Big for Nothing came in 3 trims, which are: the sporty SE, the XLE, and the LE. The LE is pretty much a standard in the Toyota Camry models.

>>> To understand why the trims are named so, read this: All 16 Toyota Trim level Acronyms and their respective meanings

2. Toyota Camry Big for Nothing exterior and interior

The Japanese car maker threw into the Big for Nothing sporty and upscale elements on the exterior of the SE and in the XLE trims. The Limited Edition, on the other hand, put on white and champagne color finishing which made it stand out from the crowd of cars made in its generation. The Camry 2004 also looks longer and actually measure 189.2 inches, with a wheelbase measuring 107.1 inches, equalling the length of the Honda Accord 2004.

The only difference between both cars is that the Accord came in sedans and coupe, while it seemed like Toyota wanted to maintain the sedan form only, for this ride. The sporty SE can, to an extent, compete with the Honda Accord coupe in exterior styling. It comes with a black grille that has chrome trim, a rear spoiler and fog lights. Kindly also note that the Toyota Camry Solara 2004 coupe is entirely different from the Toyota Camry Big for Nothing - even though they were both launched in the same year. 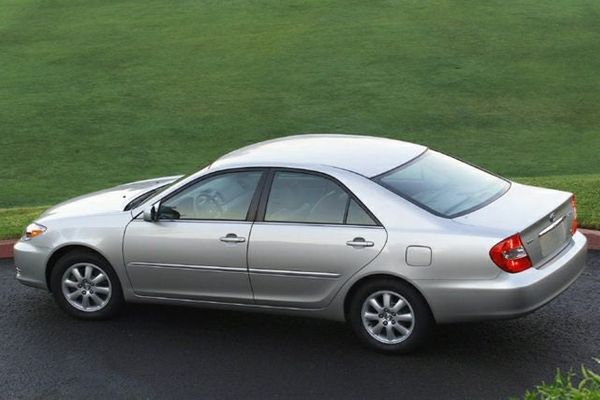 Just as the Nigeria moniker states, the Toyota Camry Big for Nothing is actually humongous. The rear seat can comfortably accommodate four adults. It was also built to have enough head room and leg room. So whether a person is tall or short, they can still fit in. The variants of the model with several standards and optional features like the navigation system, power adjustable pedals, sport gauge, brushed Chrome interior trim, rear sunshade, keyless entry, car alarm, climate control, and heated mirrors. The driver seats in XLE can be adjusted for height too.

Fuel Economy & Performance of Toyota Camry Big for Nothing

The driver assistance and safety system in the Toyota Camry 2004 are top-notch. The XLE comes with side curtain airbags and side impact airbags, though they are optional in the SE and LE. There's also the anti-lock braking system installed. The vehicle is generally durable and reliable. 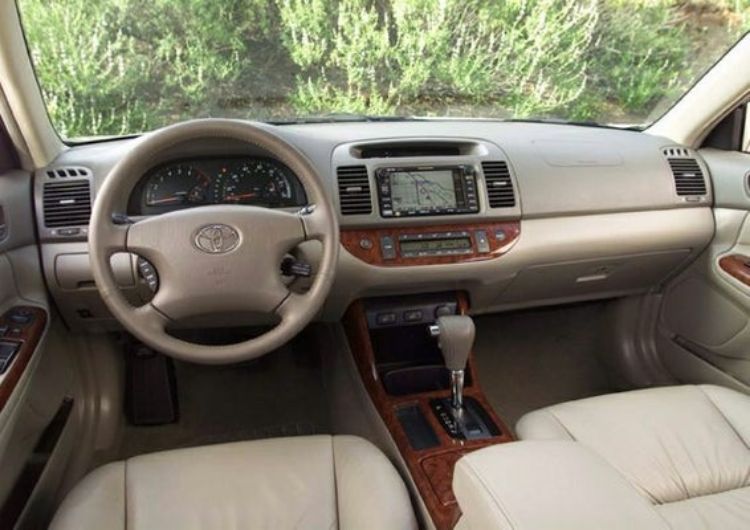 >>> You don't need to drive a Camry to save fuel, read: Effective fuel economy tips every driver should know

Rivals of Toyota Camry Big for Nothing​

The Toyota Camry Big for Nothing is no doubt a perfect car for someone who seeks space and comfort. But if you seek something similar, you could check out the Subaru Impreza 2004, Mitsubishi Gallant 2004, and the Honda Accord 2004. 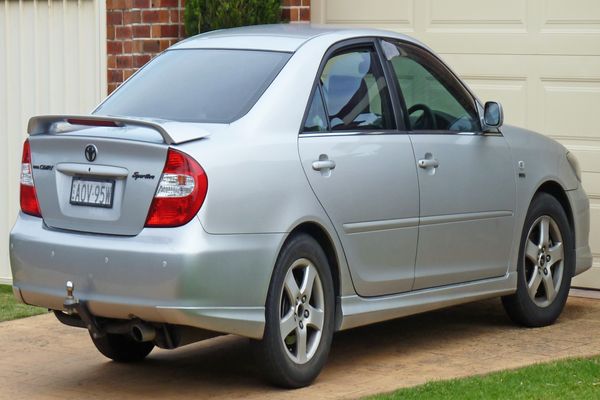 The Toyota Camry 2004 has just enough room in its trunk

Pros and Cons of Toyota Camry Big for Nothing

The advantages of owning a Toyota Camry 2004 outweigh the cons. You not only get a rugged vehicle that saves fuel but it's also reliable, comfortable and spacious. The boot is 16.7 cubic feet in volume.

The only disadvantages are that the car actually looks like it was originally meant to be an SUV and the designers changed their minds - because of how big the body looks. Also, driving on bad roads might mean you having to repair it a lot. Therefore, the car is ideal for those who are somewhat certain that they will drive more on smooth roads and those who need space or fuel efficiency. But if you want a flamboyant car, this isn't for you.

If you probably can't afford a brand new Toyota Camry Big for Nothing, getting a used one isn't much of an issue. Simply research online via car-buying and selling platforms such as Naijauto.com, Cheki or Jiji. Once you see a used unit you're interested in, set up a meeting to look at the vehicle and possibly test drive. Ensure component is intact and necessary documents available before paying for the used Toyota Camry.

Ensure you carry out the standard routine maintenance of changing oil and filter every 5,000 - 7,000 miles. Also, wash the car regularly and listen to the car often. Some of the common problems are electrical or basic engine issues which you can have sorted. Cotonou, Benin Republic is also a feasible option to hunt for an affordable tokunbo Toyota Camry if you like to travel and challenge yourself.

>>> Other car reviews on Naijacarnews.com:

Prices Toyota Camry Big for Nothing in Nigeria

The cost of clearing a Toyota Camry Big for Nothing is 500,000 naira. The prices for brand new, Tokunbo or Nigerian used models are included in the table below.

Please note that these prices may vary at different dealerships and depend on several factors such as currency exchange rate, delivery fees, import tax, clearing cost or simple each car condition. Always negotiate carefully with the seller before finalizing the deal to avoid misunderstanding later!

Brand new Toyota Camry Big for Nothing Price in Nigeria

Tokunbo Toyota Camry Big for Nothing Price in Nigeria

>>> Highly recommended for you:

All in all, if you're looking for a nice fuel economy compact sedan to carry just enough cargo, save you fuel and run on rugged Nigerian roads, the 2004 Toyota Camry Big for nothing is a great choice.

>>> Find more car reviews in our Auto release section! Also, visit our buying advice on Naijacarnews.com for before making your final decision!