The Toyota Camry has been around for quite a long while since the 1980s. Not only has it served its purpose to the average Nigerian Camry driver, but it has also ensured that the driver doesn't spend above budget in operating and maintaining the model. Since the vehicle came into the country, lots of people have used and appreciated the model. This is also a reason they found nicknames for quite a number of the Toyota Camry brands. One of the most popular on Nigerian roads is the Toyota Camry Spider. And today, Naijacarnews will bring you the prices of 2008 Toyota Camry Spider in Nigeria along with a brief review for your reference!

The 6th generation Toyota Camry 2008 was named the Spider because of how it easily maneuvers on literally any kind of road - like Spiderman? The Japanese car brand put it in a large shape that provides abundant leg room, hip room, and shoulder room. The four-door sedan can go as fast as 60 miles per hour in less than 7 seconds. People normally don't rely a fuel economy car much on its speed but the Spide does give us a sense of speed. It has a long list of rivals but it can still go head to head and not get defeated.

Named Spider, the Camry 2008 model was applauded for its maneuverability

The Toyota Camry spider comes in 4 trim levels, unlike other Toyota sedans. They include the CE (base trim level), the LE, XLE, and SE. The CE trim comes with a standard 4 cylinder engine! Though, you can find a V6 engine and a 4 cylinder engine, as options, in the other trim levels. Apparently, the XLE is the best of the levels because it's home to more luxurious features.

You may not find a brand new Spider for sale on the market because it's already a decade since the car was produced. Below are the price tags when this model was first introduced.

You can easily find a foreign used Camry Spider on the market with affordable price tags. However, please note these prices may change due to currency exchange rate, custom clearing cost and import tax.

The cost of clearing a Toyota Camry Spider is often 550,000 naira.

>>> Visit one of these 7 accredited Toyota auto dealers in Nigeria if you are going to buy a Toyota Camry 2008 Spider!

The least expensive option is to buy a locally used Spider. Due to the lack of maintenance culture, you should bring a mechanic to inspect the Nigerian used car you aim to buy.

Note that these costs for buying and clearing can be lower than what is stated if you are a good negotiator! For clearing, the prices are not fixed, and they range between 50% – 70% of the car price or even way less.

All the variants of the Toyota Camry Spider come with full power accessories, cruise control, tilt and telescoping steering wheel, aux port, a CD and DVD audio system that has 6 speakers, cool air conditioning and more. The CE and LE surprisingly have foldable back seats and the other luxurious variants don't. There are a power driver seat and keyless entry in the LE level, with a moonroof, reclining read seats, dual zone climate control and Bluetooth connectivity in the XLE and LE levels.

The vehicle comes with a great navigation system too and well-aligned buttons on the cockpit. At a time, the Toyota Camry Spider was considered one of the brand's biggest sedans. It was even known as a full-size sedan to some critics and ardent fans alike. 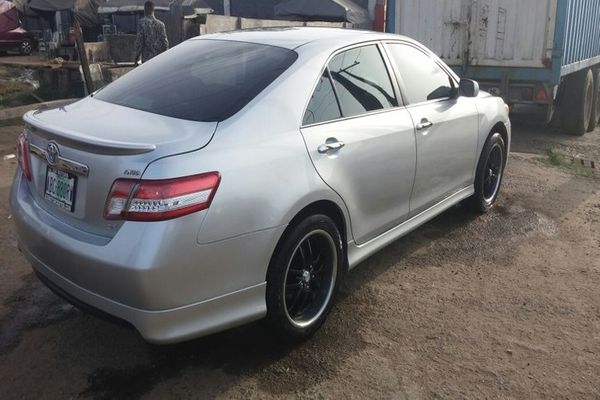 The Toyota Camry 2008 Spider is sleek yet spacious

The Toyota Camry Spider is already known to be spacious, yet sleek and sporty. It also boasts sport-tuned suspensions in the SE level. The LE and XLE have some of the softest suspensions you can find in a vehicle. The SE level has a 17-inch alloy wheel on all 4, while the CE was furnished with 16-inch wheels. With great styling, the vehicle is one to behold and the little or no noise you hear when the engine comes alive fits the name - Toyota Camry Spider. If you seek cargo room, the trunk in the LE and base models are half a cubic feet bigger than the XLE and SE trim levels. Or if the sporty feel is what you're looking for, the SE or XLE should be on your mind!

There's a 2.4 liter 4 cylinder engine that comes as a standard on all the trim levels of the Toyota Camry Spider. This engine cranks out 161 ib-feet of torque and 158 HP. You also have an option of going for an automatic or manual transmission variant as they are both 5-speed gearboxes. If you want a much faster Toyota Camry 2008, you can consider the variant with a 3.5-liter V6 engine. Not only will you enjoy 248 ib-feet of torque, but almost twice the amount of horsepower in the standard engine will give you a wow!

The 3.5 liter V6 engine option is rated 28 miles per gallon on the highway and 19 mpg in the city. On the other hand, the standard 2.4 liters 4 cylinder option comes with a 31 mpg on the highway rating and 21 mpg in the city. So it means if you go with the faster one, you'll save less fuel than the slower variant. Well, the choice is yours.

>>> Some other suggestions for you:

As included in every standard procedure before its launch, a car has to undergo crash tests and the Spider was given a 5-star rating for this record. To be more specific, it boasts a perfect 5 on side impacts and frontal collisions. The safety features installed include the anti-lock brakes which are becoming a standard in the latest Camrys. There's also traction control or stability checker as you might call it, full-length side curtain airbags and even airbags for the driver's knees. You can also have trackers and sensors installed. The navigation system is also top-notch. It sure does great in terms of safety!

The Toyota Camry Spider has quite a number of rivals. They include the Mazda 6, Audi A3, Nissan Altima, Honda Accord, BMW 3 Series, Hyundai Sonata, Ford Fusion, Chrysler 300 and Subaru Impreza all made for 2008. Amazingly, the Spider is cheaper to maintain and quite affordable as compared to the others in its class. More impressively, it does not match the seed of the BMW or Honda Accord! 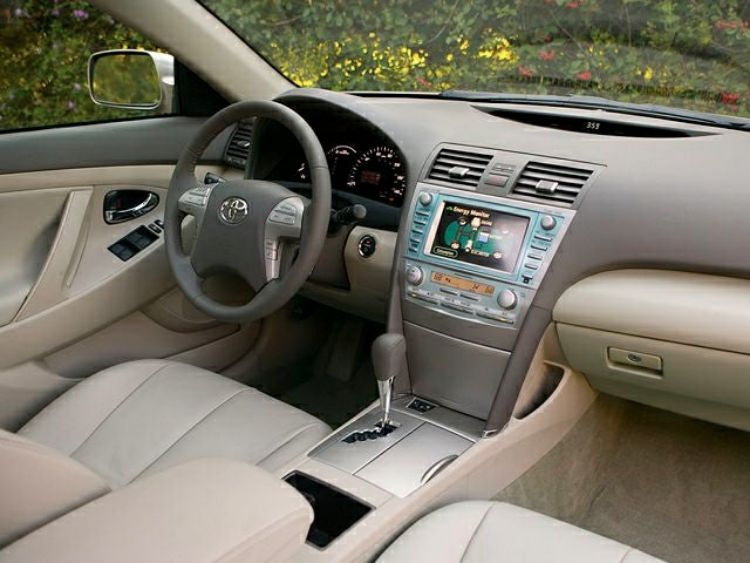 6. How to buy and maintain the Toyota Camry spider​

Carry out test drives more than once - when you see a used Toyota Camry spider you like. Some of the issues it has can be masked, only to manifest after a few weeks. Also, check the transmission and electrical components of the vehicle before making a purchase. Cotonou, Benin Republic is also a choice for you to go for an affordable tokunbo Toyota Camry. However, with this option, you have to travel and challenge yourself. 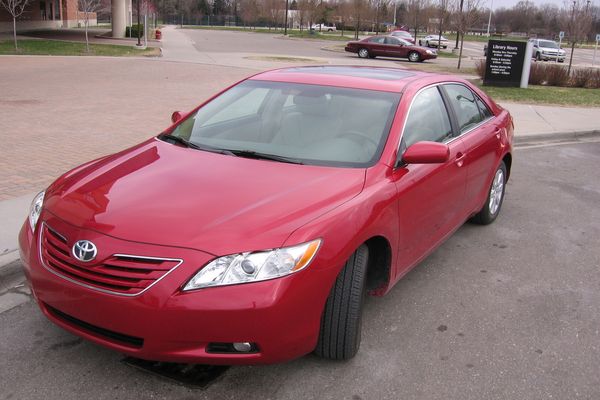 Always change the tires when they get older because there is usually an issue with tire stiffness and adequate feedback from the steering wheel. Always ensure that the power steering fluid and transmission oil are never below their levels as well. Wash the vehicle and check the brakes often for wears or flatness.

The Toyota Camry Spider is comfy, fast and reliable. The only problem as mentioned earlier is the poor feedback from the steering and occasional stiffness of wheels. The Nissan Altima and Mazda 6 are actually more sporty than the Spider. But it seems the Spider was made to accommodate more passengers than to speed up against other rivals. So it's generally a good buy for any car owner with a family.

Finally, it is wise to note that if you seek a car that can carry a lot of cargo, the Toyota Camry 2008 Spider is definitely a great bet! However, if you want torque and a more flamboyant vehicle, consider the Honda Accord and Chevrolet Malibu models made in the same year. It is also less costly than the others, that should be an advantage alongside fuel economy.

>>> At Naijacarnews.com we provide our beloved readers with a lot of car-related articles daily. Visit our website for the latest car news, maintenance, buying and selling, and safe-driving tips and advice!