Chris Oyakhilome net worth, cars, & houses: God blesses those who delivers his words

The billionaire and the religious minister knows how necessary it is to live in luxury; His cars seem to be an endless fleet and this make us wonder why Chris Oyakhilome net worth must be to adopt such a flamboyant lifestyle! Check out what we covered here!

Chris Oyakhilome, the eldest son of Tim Oyakhilome, was born on the 7th of December 1961. His origin is from Edo State Nigeria.

The famous paster attended Ambrose Ali University in Ekpoma of Edo State and earned a Ph.D. degree in Science here.

Pastor Chris Oyakhilome got married to Anita Ebhodaghe in 1991. Together, the couple had two daughters together but got divorced after 25 years of marriage in February 2016.

Christ Embassy was founded by Pastor Chris Oyakhilome when he was studying at Ambrose Ali University Ekpoma, Edo State. He started the youth for Christ fellowship, which later became one of the largest fellowships in Ekpoma. In 1989 the Believers LoveWorld Inc (BLW) was established, and the ministry grew globally with millions of followers around the globe.

Christ Embassy was introduced as the name of the Bible-based Church in Lagos as headquarters in 1991. They expanded into a mega church with large Christian denomination and a network of believers within and outside the country.

Pastor Chris, the head Pastor of Christ Embassy worldwide is one of the richest pastors in Nigeria with a net worth of about $50 million. There is no doubt that Pastor Chris lives a life of luxury but tends to protects his activities and life away from the public.

Pastor Chris Oyakhilome, the Nigerian billionaire Pastor, is not only making money through ministry work; but has also built a strong business Empire over the years. The ministry is serving as a platform for other of his business interests in broadcasting, entertainment, publishing, hospitality as well as the banking industry. The church functions more like a conglomerate that has up to 10 subsidiaries. The LoveWord plus, located at Oregun in Lagos State includes LoveWord Cyber Ministry, LoveWord Multimedia, publishing television ministry, and LoveWord Christian Network.

Global Plus Communication Limited is another enterprise that fetches him mega-money, this enterprise is worth over N5 billion with some beaches over Africa especially in Nigeria and South Africa. Other businesses include the Superscreen TV, sited at the 7th floor of Lagamo House, at Onipanu Lagos. This station was established in 2007 and is the active arms of media in his empire.

According to reports, his fleet of cars has many cars from different brands which include the Rolls-Royce Phantom, Mercedes-Benz Sprinter Minibus (bulletproof), and a good number of other expensive cars. Aside from that, the pastor has even given cars to most Nigerian gospel artists like Victor Ike, Ada Ehi, and a few more.

A modern luxury van that is customized with armored features for executive personnel. It is packed with a V6 Turbo Diesel engine, standard tinted rear window, noise, and vibration absorber. This is the favorite tour automobile for Chris Oyakhilome, because of its advanced technology that includes rear cameras and top safety features. 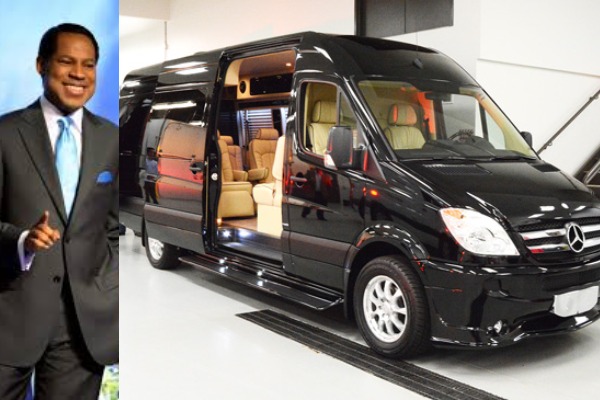 ​The top-class luxury sedan with a powerful V12 engine; the Phantom is known for its classy material quality. The tasteful design includes the rear doors which have their hinges fixed at the back, making it open backward; this is called a suicide door. Pastor Chris Oyakhilome, mostly uses this car in the UK when attending to the branches of his ministry in those regions. 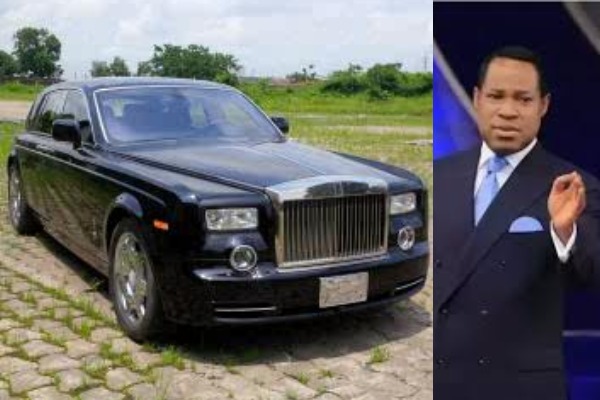 This vehicle is among the full-sized SUV class in the collection of Pastor Chris, and it mostly serves the function of completing his entourage. There are usually 6 to 10 of these utility vehicles around the pastor when he is on the move. It is not an entirely luxurious vehicle due to its clumsy dashboard layout and cabin material; it seems intended for more space with its powerful V8 engine.

The Sequoia seems to prove its relevance to the entourage of Chris Oyakhilome, he got a more recent model for his aides to drive in. The vehicle has got top ranks as a large SUV, and high safety ranking for its interior class, with eight passenger seats. It comes loaded with a masculine exterior design and a remarkably heavy-duty V8 engine. 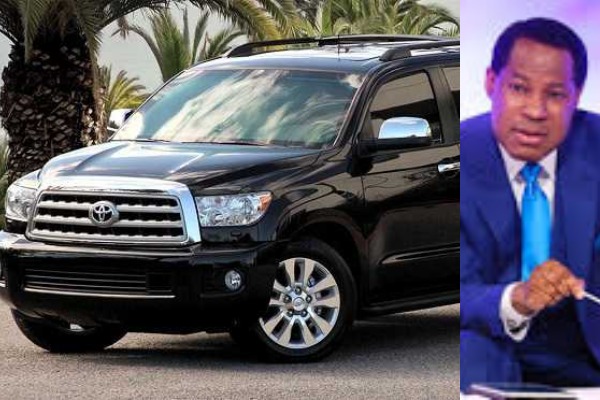 The fleet of cars owned by Chris includes this mid-sized SUV with a 4-liter V6 engine. It is mostly among his black colored convoy while on the move, but not as many as the Sequoia. The car does not deliver as much comfort as some other mid-sized SUVs or crossovers, so his security ride in it and stay alert. 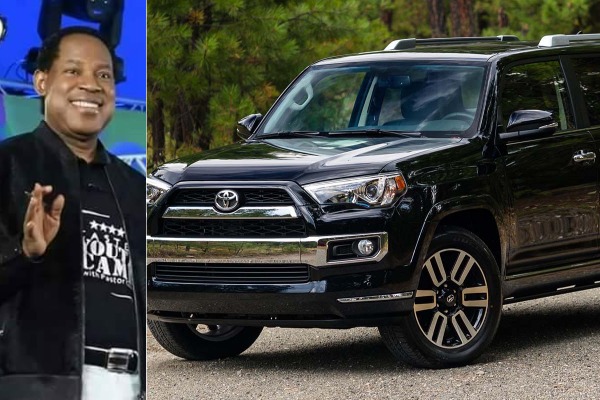 >>> You might also like to read: Hushpuppi cars and house - Did he really buy all of these?​

There is a Pilot SUV by Honda among the collection of cars in Oyakhilome’s garage; it seems to be a vehicle where some junior pastors stay in his entourage. It was observed in one of his visits to Ekpoma most of the clerics arrive in the SUV which has a third-row seat. It is a 3.5-liter V6 engine automobile that measures up with off-road abilities. 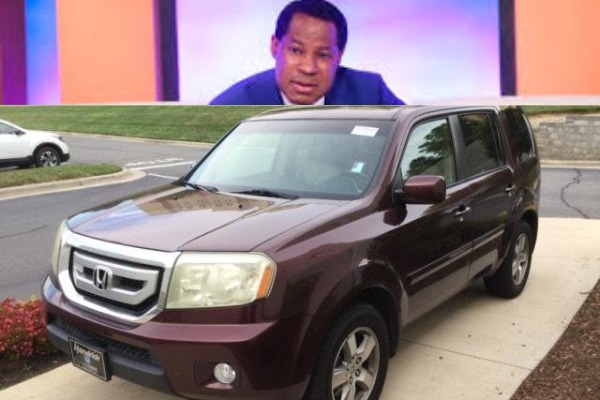 Pastor Oyakhilome has given out the following cars to people as gifts; 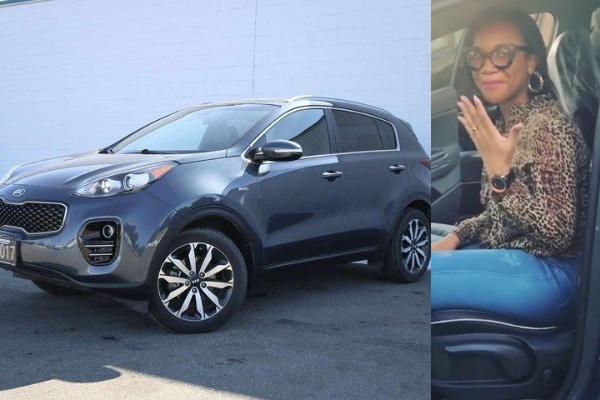 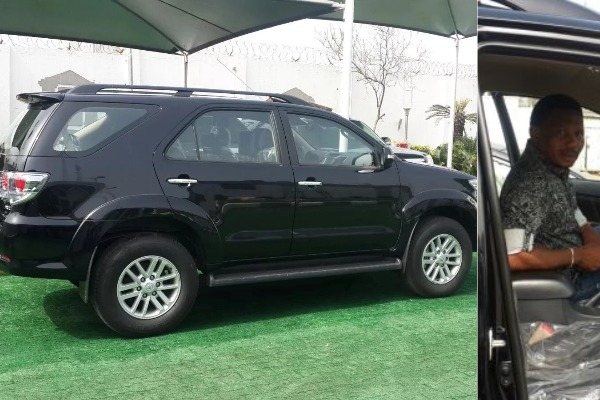 Pastors Chris has an airline which he bought in 2006 and renamed it Skypower. He has 2 private jets, and the second one was given to him in 2017 as a gift by the music and art department of his church. His house is located at Oregun; a mansion that is reported to have been retouched a couple of times with exclusive materials.

The list of Chris Oyakhilome cars has shown how billionaires like to ride, and this collection does not spell out whether it is a billionaire businessperson, politician, or clergyman. They just have to enjoy the luxury rides.

You have just read our article on Chris Oyakhilome net worth and how he lives his luxury life of exotic cars. We hope we enjoyed it and if you did, stay tuned with Naijacarnews.com for more interesting car posts!