How would you react when a car you bought for ₦612 million got hit within one hour after you purchased it? That's exactly the case of Tracy Morgan with his newly bought Bugatti Veyron. See details below!

Naijacarnews got a report that Tracy Morgan just bought a Bugatti Veyron worth $2 million(~₦612 million) at a car dealership named Manhattan Motorcars and has hit the road with it within one hour when a woman driving a Honda CR-V hit him from the side. He didn’t see it coming. 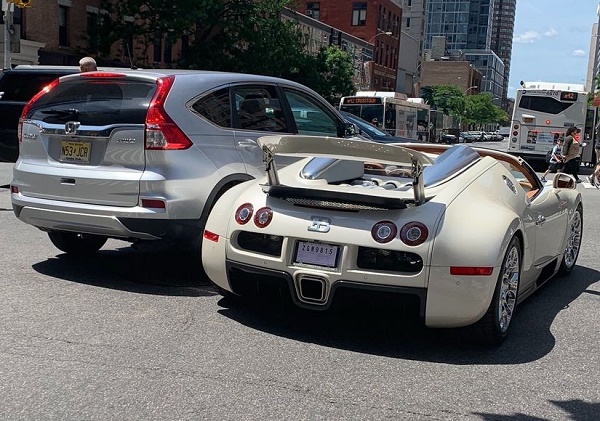 He said he got it literally an hour ago and he paid $2 million for it.He just bought it…and it’s pretty scraped up.

Chris also said, “His left hip was hurting him."

Tracy was given medical attention by paramedics who arrived on the scene of the accident. Tracy took to his Twitter handle to assure everyone that he was fine.

Thanks for any concern but I am totally fine. My NEW CAR? We shall see. Love you all!

Tracy Morgan's Bugatti? We shall see!

>>> Catch up on other car news update here on our news section.