E-money never gets tired of flaunting his luxury lifestyle to the public. Check here the latest in E-money car collection and the most expensive as well!

1. E-money biography - What is his source of wealth?

Before getting to know E-money cars and houses with shocking price tags, let's take a quick look at his biography to know the sources of his massive wealth.

Besides entertainment industry, E-money also stepped into real estates, oil & gas and has set up a chain of businesses abroad as well. His last source of income is Emmy Cargoes Limited which was founded in 1997.

A reliable source revealed that E-money wasn't born with a silver spoon. In fact, he was still struggling to make money when he met his wife, Juliet, in 2003. However, it was this inspiring woman that encouraged and supported him so much to gain today position. E-money and Juliet have 3 sons after 9 years of marriage. 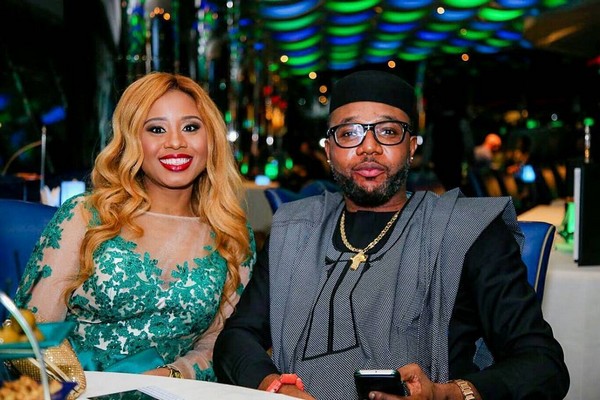 E-Money always thanks his wife for her endless support

According to 2019 estimation, E-money net worth is $10 million and above. This equals to over ₦3.6 billion.

An active Instagram user in Nigeria must know E-Money as the young man who constantly flaunts his wealth, and extends his generosity to the many people he gifts items. To follow such lifestyle, a $10 million net worth is a pre-requisite.

You may never see the last of E-money’s cars. The businessman who is famous for his wealth has just flaunted two new additions to his car fleet in 2019: a Mercedes-Benz S-Class and Mercedes-Benz Sprinter VIP Splinter. 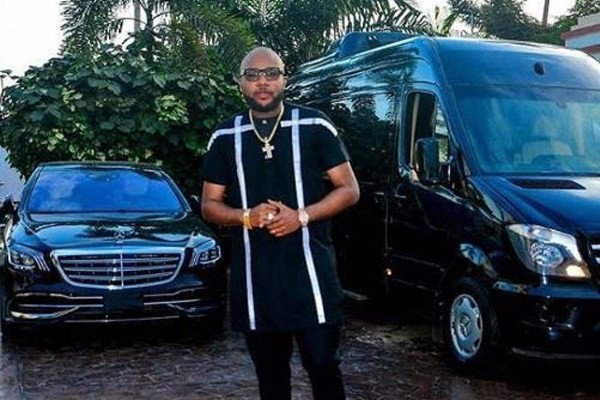 The businessman shows off 2 new Mercedes-Benz cars behind 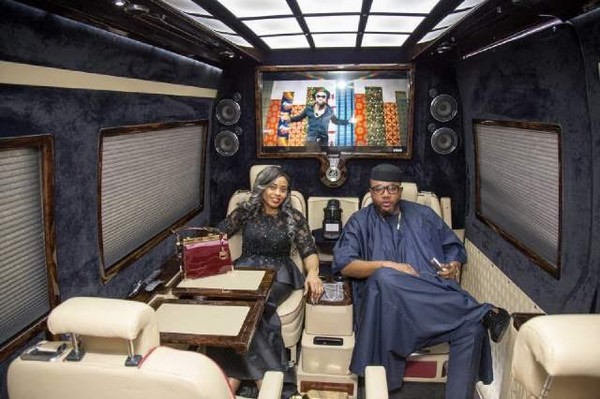 As for the other Benz he bought in 2019, a brand new Mercedes-Benz S-Class costs at least 33 million, excluding delivery fees or clearing cost.

If E-money goes for high trim level, the suggested retail price can go up to 37 million, plus all types of tax or fees when shipping it to Nigeria. 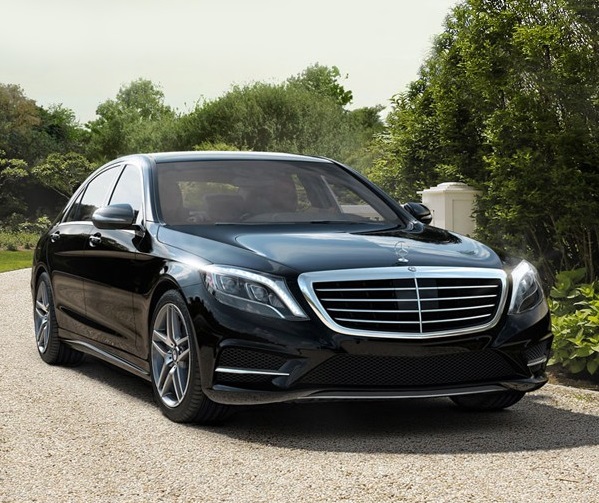 The Christmas is coming to town and who knows if E-Money is buying another Rolls-Royce for his Juliet? Last year, the generous billionaire has acquired a blue Rolls-Royce Phantom for his wife, alongside another one for his own. That means E-money had to pay at least 500 million for these two 2019 Rolls Royce Phantom. 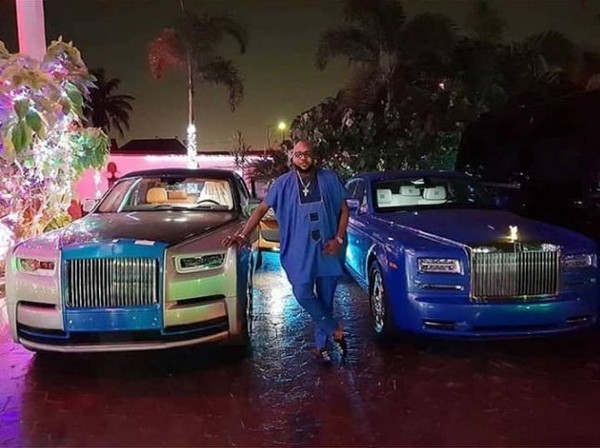 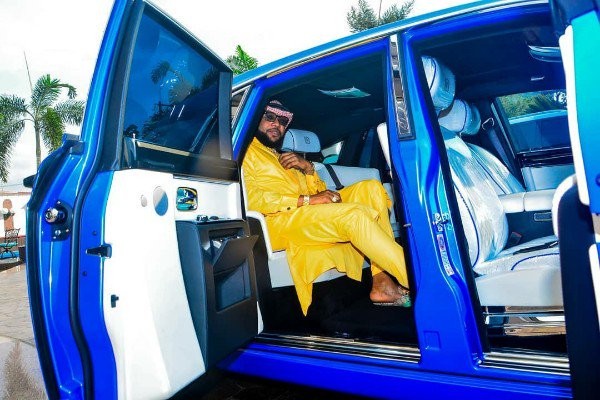 Many people might think E-Money Rolls-Royce is already costliest but they are wrong. The most expensive car in E-money car collection is his Maybach 62S whose suggested retail price tag is from $500,000 onwards. Adding all kinds of shipping fees, clearing cost and import tax, the total amount E-Money must pay should be at least $1 million (360 million). 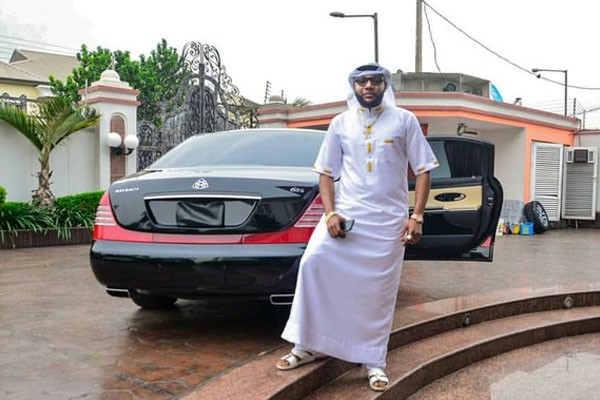 Despite police's warning of possible robbery, no one can stop E-Money in showing off his wealth

Other than those amazing cars, E-Money has plenty of other exotic automobiles in his garage, such as this 125 million Mercedes-Benz G63 AMG. 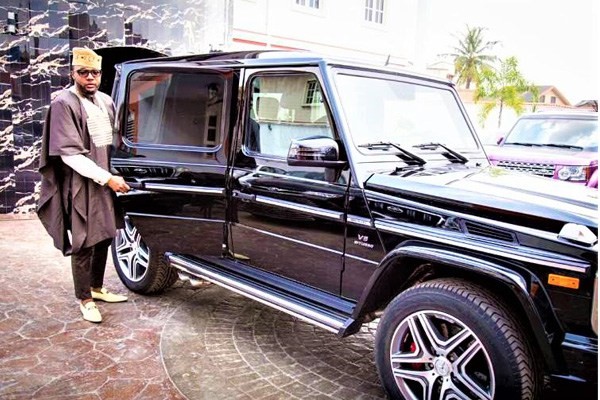 Next comes E-Money Lexus LX570 acquired in 2017 with an estimated price tag of 50 million. 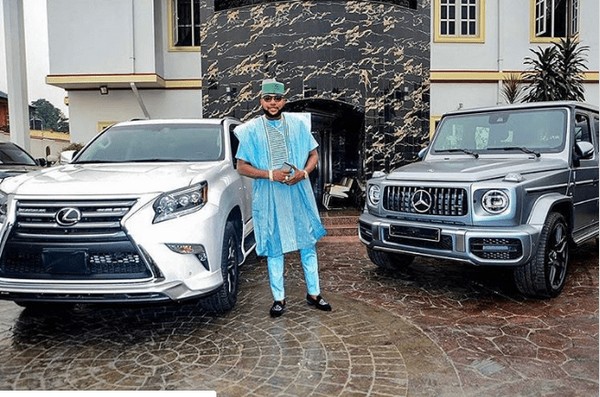 As can be seen in the pictures below, E-Money are also the owner of various luxury models from Toyota, Range Rover and Cadillac. 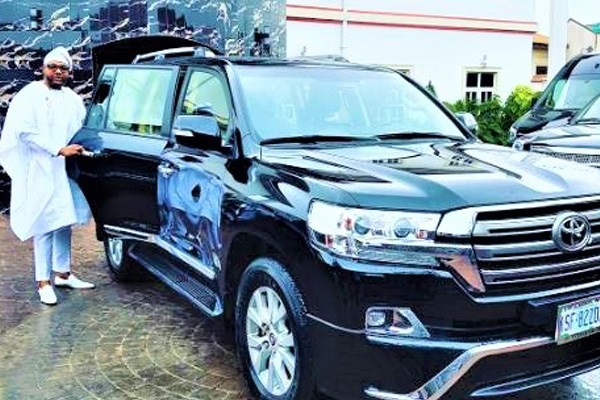 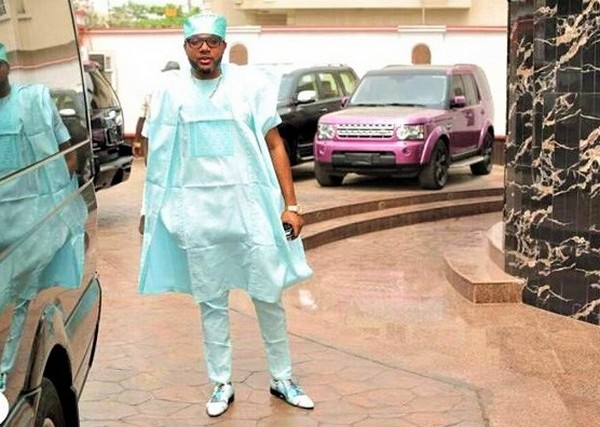 Another fact for you, even though he owns a variety of luxury cars, E-Money hasn't had a private jet yet. Reports show that E-Money has to travel back and forth London to unite with his wife and children there every two weeks, but buying a jet might be unnecessary at this time when most of his businesses are in Nigeria.

E-Money may not surpass many other billionaires in terms of net worth but E-Money mansion in Lekki is certainly among the most luxurious buildings in the country.

The mansion cost 250 million to be constructed and perhaps a lot more to finish. Inside out, the house is decorated with gold and white colour, alongside countless hi-end furnitures to make the mansion look like a true palace. 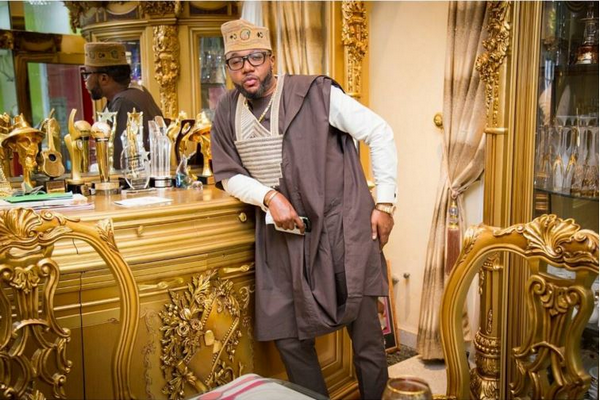 The house is gold plated at every inch

To be honest, hardly is there any word that can describe how glamourous E-Money's house is. Just have a peek at his home and you will understand why! 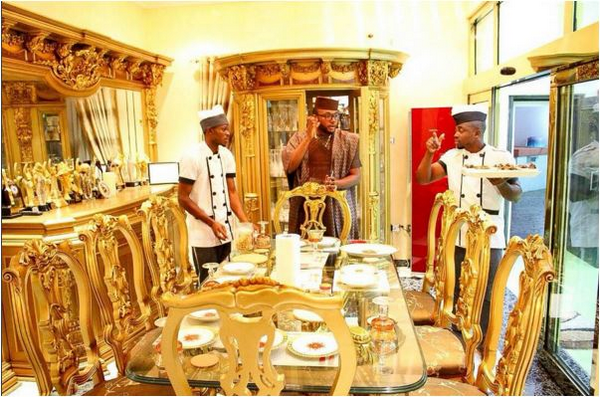 How do you feel when dining in such a bright table? A King-sized bed for a King-like sleep 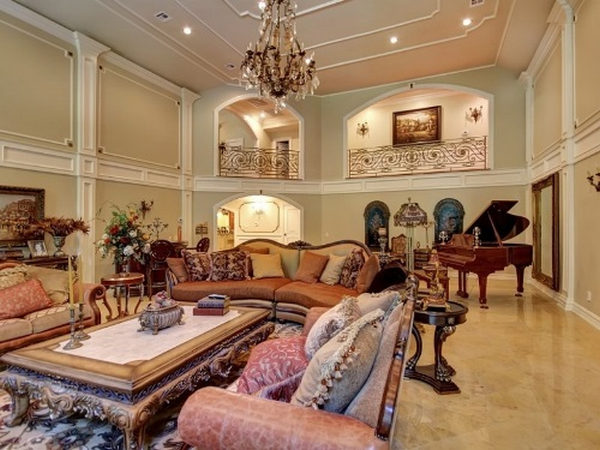 A corner of E-Money's living room 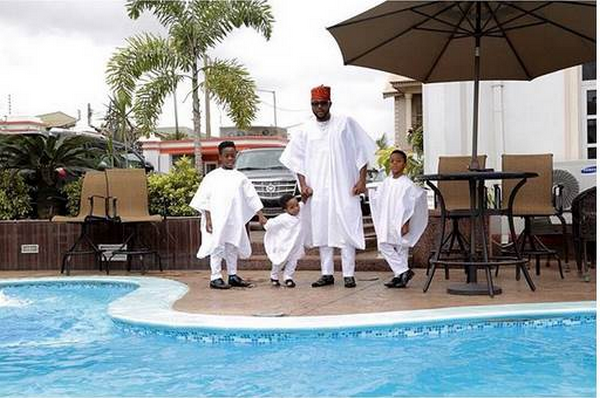 Don't forget it has a private pool outside!

Everybody is proud of what they can earn, so it's reasonable why E-Money loves flaunting his cars and houses online despite the risk of being robbed. With a huge amount of net worth and a vivid passion for flamboyant lifestyle, E-Money cars and houses are among the most luxury collections in the country, and of course in the most expensive list as well.

Should you want to update about daily life of this billionaire, you can follow him on E-Money Instagram here!