Eminem’s car collection: Can you afford any of these?

One of the richest and most celebrated rappers of all time, Eminem, is a big fan of speed and nothing else but speed. Check out the insanely fast and exotic cars in his collection!

As many of you may not know much about Eminem, we will look through some of the most basic information about this artist before seeing Eminem's luxury car collection.

Eminem, full name as Marshall Bruce Mathers III was born on 17th October, 1972. He is one of the most influential rappers in the world, also entitled "King of Hip Hop."

Some of his most famous album worldwide (with awards) are:

More details about Eminem biography can be found here!

How much is Eminem networth?

Everybody likes Eminem! With such a huge net worth, the journey of Eminem into the rap world is quite a success story. He is now on the list of the richest and most successful rappers of all time. You wouldn’t blame him if he decides to splash some million bucks on some exotic rides. After all, the Detroit-born deserves every good thing he gets. Here on Naijacarnews are the luxury cars you can only dream of in Eminem’s car collection.

A strong brand which was made stronger with its presence in James Bond franchise, Aston Martin V8 is an absolutely gorgeous ride, valued around $150,000 (~N54.3 million). It is a perfect shape of what a Sportscar should look like. It is built for speed as it comes equipped with V8 twin-turbo capable of accelerating from zero to 100kmph in just 3 seconds. 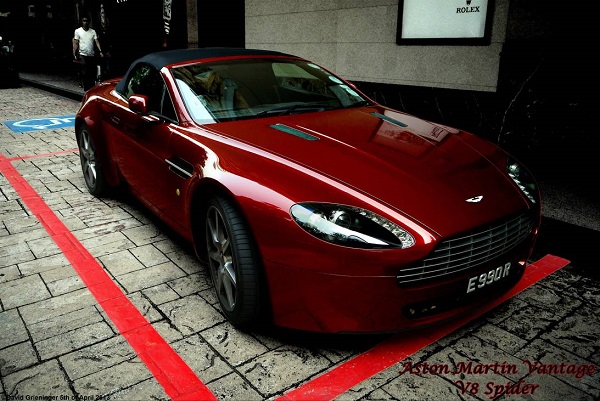 Eminem isn't all about fast rap, but he sure has a deep addiction to anything fast

Since Eminem is a big fan of speed, the V8 Vantage fits his taste perfectly. Its appearance is more of classy car to speedster. It is a great rival to similar model such as the Porsche 911, which is another car in Eminem’s garage.

Eminem is reportedly a big fan of the Ferrari, the Italian automaker. This model isn’t the only Italian model in his collection. The Ferrari 575 was only in production for four years and only 2000 examples were manufactured. 177 of those units manufactured only come equipped with manual transmission. It is not the kind of car you see every day on the street.

>>> We have Drake's car collection here as well, see it! Canadian-born hip-hop King! Check out expensive cars in Drake’s collection 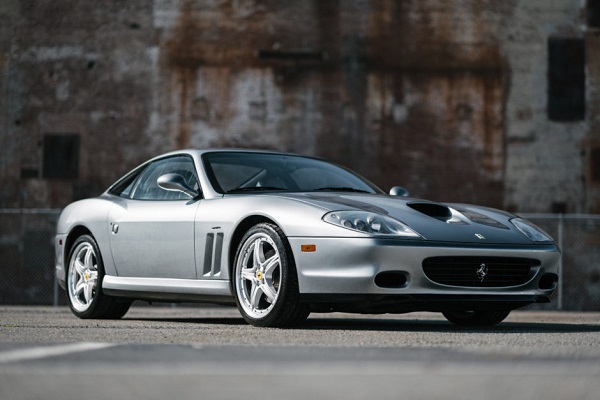 The Ferrari 575 looks like a classic sports car, featuring an angular hood with the sole design of maximizing fast driving and aerodynamics. It comes equipped with 12-cylinder 5.7-liter engine with the ability to accelerate from zero to 100kmph in slightly over 4 seconds. It is not as fast as Aston Martin also owned by Eminem but it serves every purpose you would want with owing a Ferrari. The speed difference of the two models can’t be noticeable except you are a pro racer.

At the early stage of his career, Eminem discussed in his song titled “If I Had” the challenges he faced then on daily basis and how he found it hard to fuel his Chevy Monte Carlo. With this much money smiling in his bank account, such difficulty is long gone.

Like we earlier mentioned, Eminem is an addict of fast cars and this Porsche Carrera isn’t any different. Only 1270 examples of such were produced and production only lasted for just 4 years. 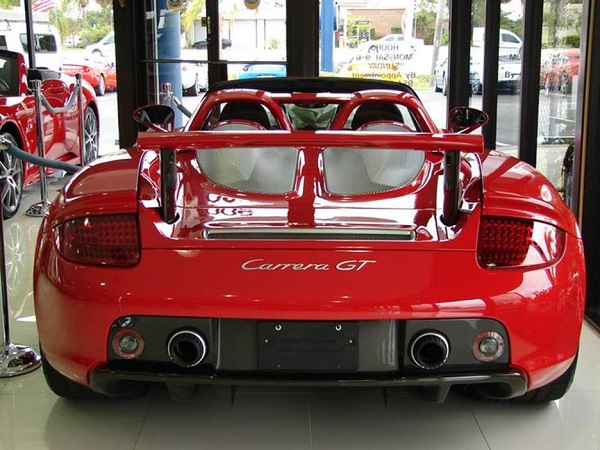 This Porsche Carera GT owned by the rapper, is an evidence of a music journey worthwhile

Eminem is also a big fan of Ford as an agreement was reached by the company by providing Ford Fusion for one of the Eminem music videos. He also promoted Ford Chrysler 200 in his song “Lose Yourself”. The Ford GT is also among the set of luxury cars in his collection. It accelerates from a standstill of zero to 100kmph in just over 3 seconds, making it a very quick car owned by the rapper. 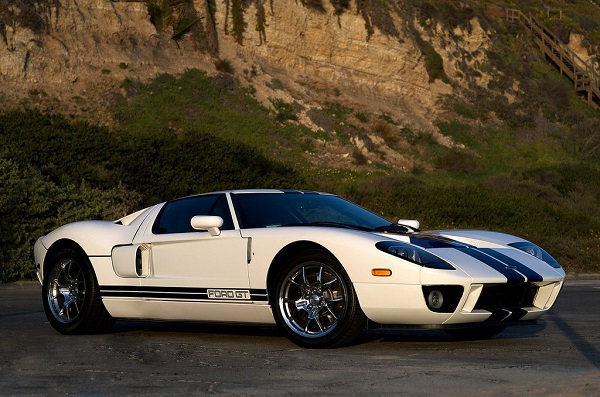 A journey filled with rift and collaboration, Eminem and Ford are admittedly an unbreakable union

The Audi R8 Spyder in his collection is unarguably one of the most revered sports car of all time. Its interior design is inspired by race cars without leaving out the look of luxury. For $200,000 (~N72.5 million), you can get different options of seat on the R8 you purchase. When you look at the detailing of this car, you would be amazed it doesn’t cost more than that. It is also a very fast car, perfect for his taste. 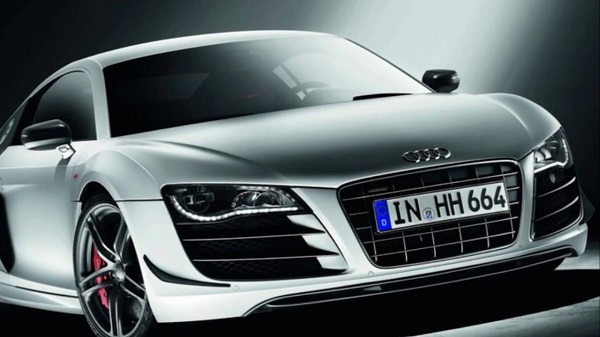 Eminem and Porsche is more like a bromance. He has four of cars built by the automaker in his garage, just like the way he loves Ferraris. To show his love for this car, he made reference to it in one of his rap lines “911 Porsche same colour as cranberry sauce”.

The Porsche GT3 RS 4.0 shares some similarities with his Audi R8 in terms of speed and performance, but not as fast as GT2. 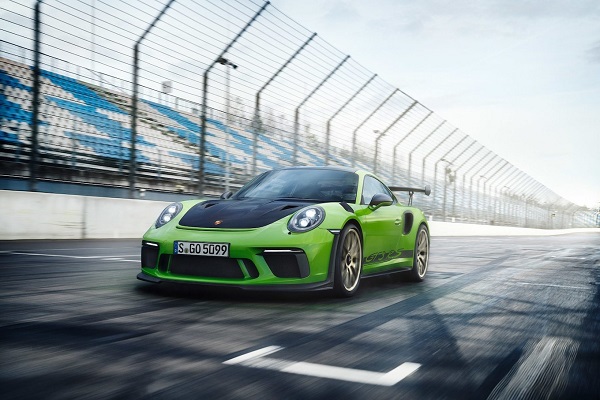 Since he loves, we are not really surprised that Eminem eventually went for the faster version of GT3. The new ride cost him $330,000 (~N119.6 million) and has been tagged by the automaker as the most powerful car created by the company. It comes with 6-cylinder twin-turbo 4-liter engine. It offers the latest technology and its interior just couldn’t look more elegant. 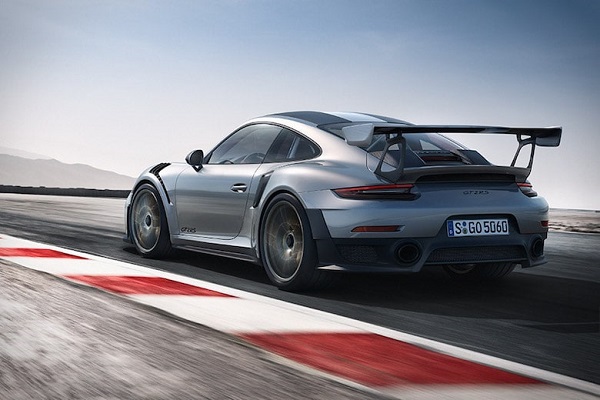 This exotic model in his collection is a bit faster than Porsche 911 GT3 RS, which he also owns

Another remarkable car you would found in Eminem’s collection is the Lamborghini Aventador, a car built for luxury and speed. The supercar is a darling to almost every star out there, from Kanye West to Drake and several other topnotch artistes. To get it customized to taste; Eminem probably spent as much as $700,000 (~N253.7 million) on this beast. 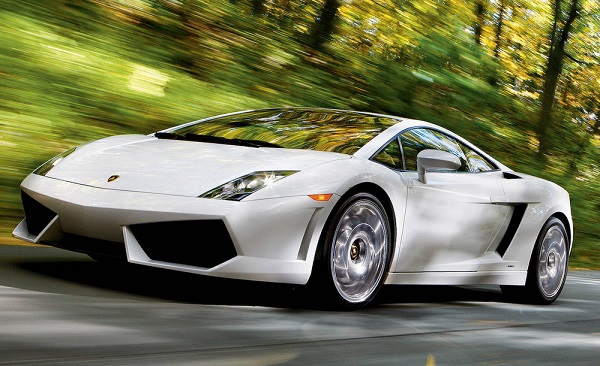 McLaren has built itself a brand every wealthy car collector aspires for. If you want your super expensive car collection to be complete, you must have atleast one McLaren in your garage. Drake is a proud owner of this McLaren MP4-12C and he isn’t ready to let go of it anytime soon. 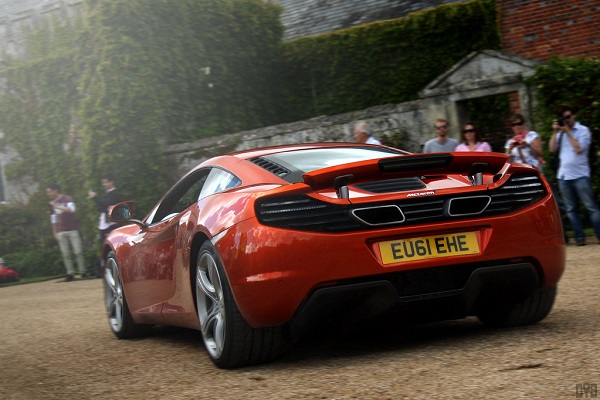 Just like Drake, Eminem is not going to ignore the breathtaking McLaren MP4-12C in his collection

Eminem owns many Ferrari and this one in particular isn’t just a sports car but its beauty of out of this world. Typical example of speed and amazing look, its beauty doesn’t end with the outside appearance as it promises a very elegant and spacious interior you would be shocked to find in any car as sporty as this model. It’s also exclusive as only 599 examples were made. 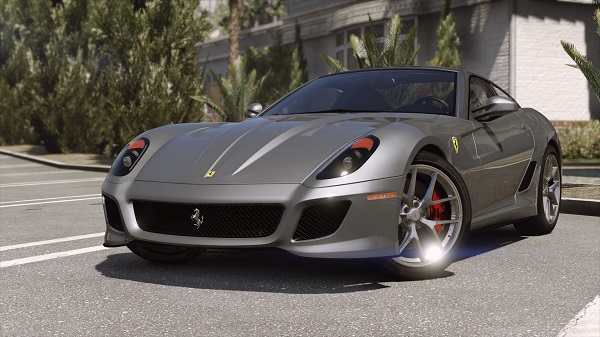