The Carters - Jay Z and Beyonce - are one of the most powerful couples on the planet with a combined net worth of 1.4 billion dollars. Click here to see their amazing car collection!

Over the past few decades, we have seen lots of powerful couples with the likes of Julie Andrew and Blake Edwards, Liz Taylor and Richard Burton, Tom Cruise and Katie Holmes, Elizabeth Taylor and Larry Fortensky, and even Tom Cruise and Mimi Rodgers.  We could also mention Kim Kardashian and Kanye West but we are concerned with the powerful combination of Jay Z and Beyoncé. That's why today Naijacarnews brings you the Jay Z and Beyonce car collection as well as other surround facts like their net worth and childrens.

1. Net worth of Jay Z and Beyoncé – How much do they worth combined?

Jay Z and Beyonce are both famous entertainers and at the peak of their respective career.

Jay Z being the richest hip hop artist in 2019 has won himself several Grammy awards and other awards. Beyoncé is also not a stranger to the constant echoes of her name on Grammy nights. They are both very successful and they have countless fans worldwide.

Jay Z net worth is estimated to worth around $1 billion, while Beyonce, who is otherwise known as Mrs. Carter is valued at $400 million. When they combine their net worth together, it is estimated at $1.4 billion. Wow! That is quite a lot of money to spend on anything they sole desire. While Jay Z is collecting his super expensive cars, Beyonce isn’t ready to be all about music and wife duties only; she has her own share of beautiful car collection.

It is normal for the Carters to have options in case they are planning on travelling through the snow or off road. This should be a good backup and also a smart investment by the powerful couple. The car has the capability to conquer any tough terrain as it was firstly introduced during the Second World War. 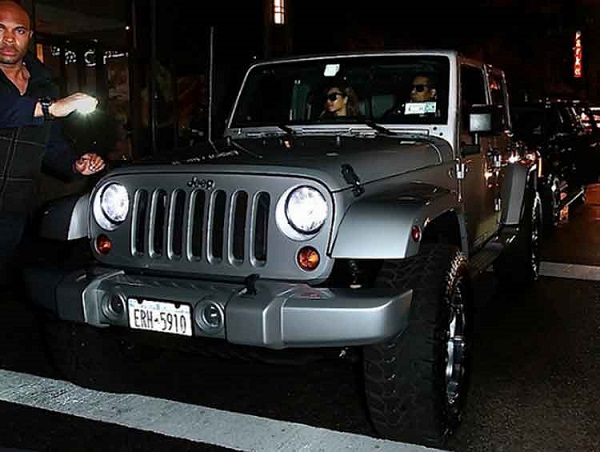 Whether held up by traffic or not, the couple – Beyonce and Jay Z will always have a lovely time in their vintage 1957 C1 Corvette. It was among the first set of corvette to be manufactured, which makes it quite a rare model especially for car collector. It comes equipped with a 283-ci engine, powerful enough for optimal driving experience. 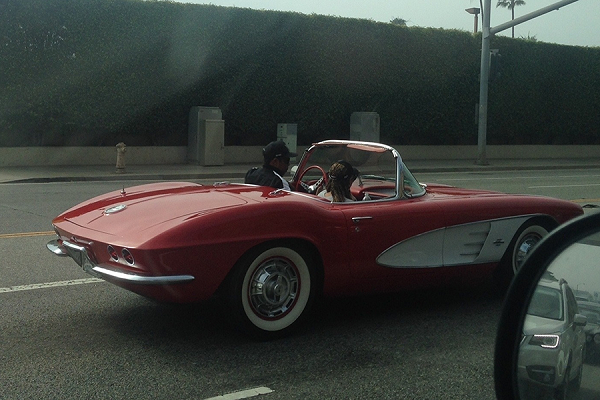 Although the specific model year of this vintage car is not yet known, but we expect it to be between 1970 and 1982. The couple has been spotted few times in this beautiful piece of machine with Jay Z being behind the wheel, while his wife, Beyonce, enjoys the wind. 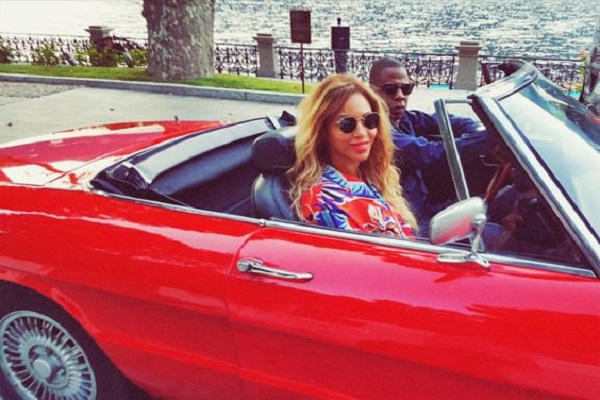 The perfect car for Jay Z and Beyonce romantic getaway

Just like Jay Z, Beyonce has a great taste for the kind of cars she drives. This 1959 Rolls-Royce Convertible II is an example of why Beyonce herself is class. It comes with a custom-made cabin design decked in fancy embroidery and blue leather. It offers a decent 5.2-liter engine with peak speed at 114mph, accelerating from zero to 60 mph in 10.3 seconds. The $1m (~N361.5m) luxury model came as a birthday gift on her 25th birthday from her husband. 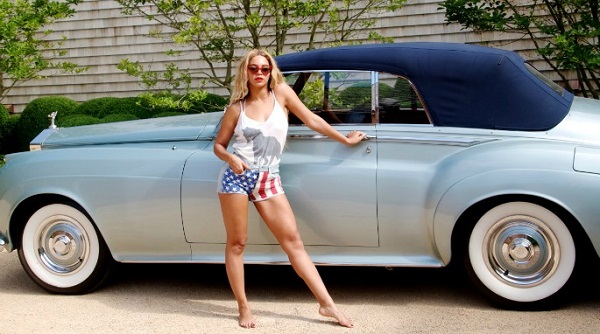 This luxury model belongs to Beyonce and she didn’t have to break her bank to get this $100,000 (~N36.1 million) Cadillac Escalade. It offers V8 6.2-liter engine with other features such as built-in wifi, sound system (state of the art), heated steering wheel, heated seat and many more. 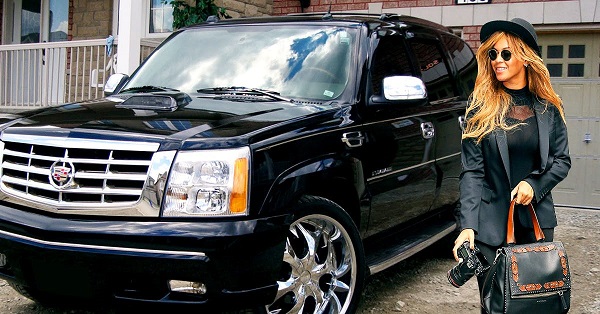 >>> Who has more cars? Jay Z couple or E-Money? E-money cars and all the properties he wants to show off

This exotic ride obviously belongs to the couple but was bought by Jay Z at a cost of $670,000 (~N242 million). It is a perfect machine for the kind of lifestyle that befits the American rapper. 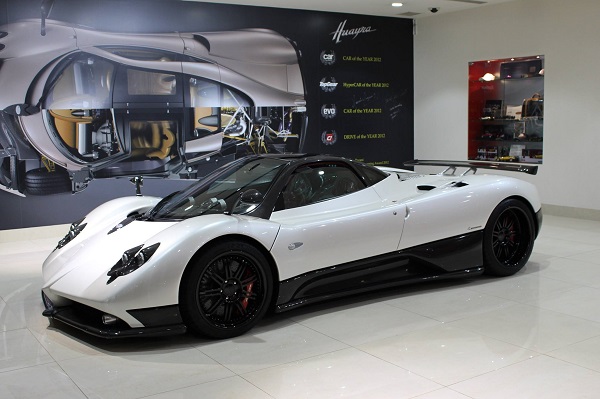 When you are super rich like Jay Z, you would need a car that gets things done faster

Jay Z got his 41st birthday gift from the love of his life just like he gifted her beautiful car on her birthday. This isn’t any gift but the insanely fast Bugatti Veyron with an output of 1,190 horsepower and ability to accelerate from a standstill of zero to 60mph in incredible 2.6secs. Well, you can also get this $2 million (~N723m) beauty for your baby if you can. 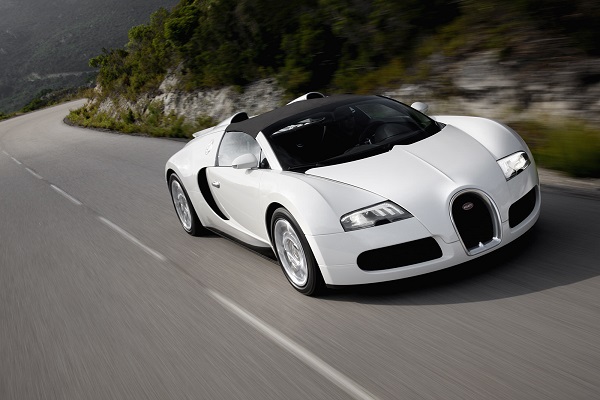 This impressive car was a joint effort of Mercedes and McLaren. Just 3,500 of this were produced and you would definitely see one in this couple’s garage. Its asking price is valued at $455,000 (~N164.5 million). 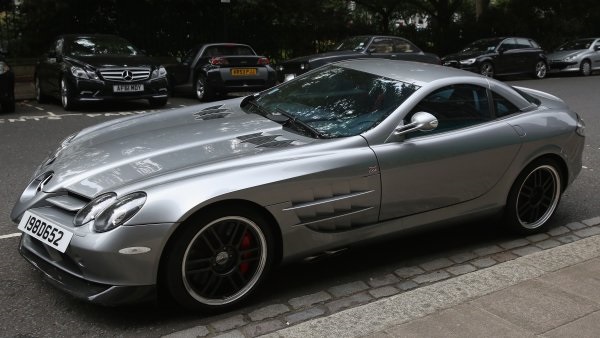 Who wouldn't want to risk every penny to get a car co-produced by Mercedes and McLaren?

This super expensive Maybach Exelero was acquired by Jay Z at a whopping $8 million (~N2.9 billion). With top speed of 200mph, getting to recording studio in time couldn’t be easier. The 2-seater coupe is a perfect blend of top performance and elegance. 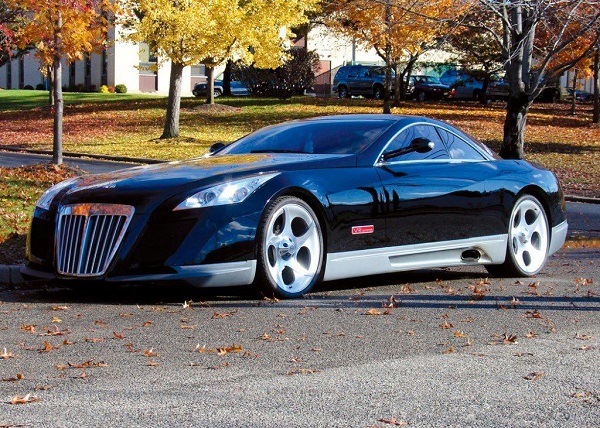 When you look at this van from outside, it might look normal but there is nothing regular about this custom made van with a sound system worth $150,000 (~N54.2m), richly furnished bathroom with shower, direct TV and even capable of taking the entire family and friends to anywhere in extreme comfort. 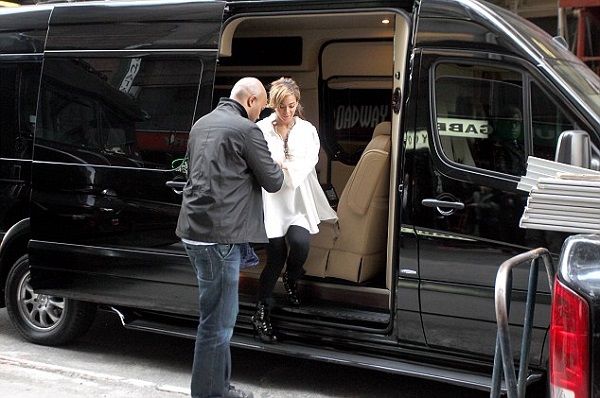 This Mercedes-Benz S-Class is another gorgeous ride you will find in this couple’s collection. It comes equipped with 4.0-liter 8-speed bi-turbo V8 engine, with ability to accelerate from zero to 60mph in 4.6 secs. The regular asking price is $100,000 (~N36.1m). It was reported that while Mr. Carter got his own, Mrs. Carter also purchased hers. 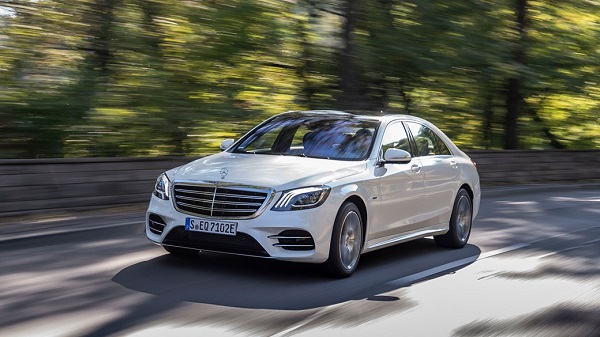 The Porsche 911 Carrera Cabriolet is another luxury car you would find in their garage. It has a peak speed of 190mph and ability to reach 100mph in 9 seconds while accelerating. 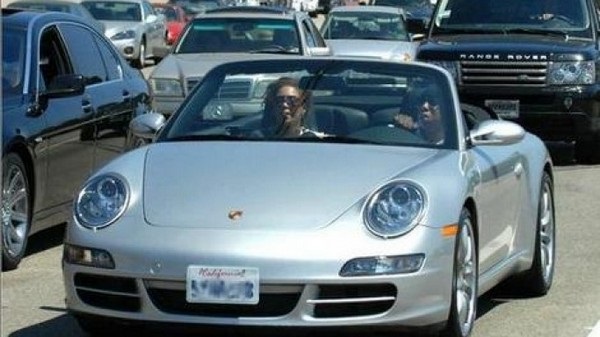 This one was bought by Jay Z, as an addition to what he already has in their garage. It has an output of 453 horsepower from its V12 6.75-liter engine. Truly, Jay Z is a big fan of speed and luxury. 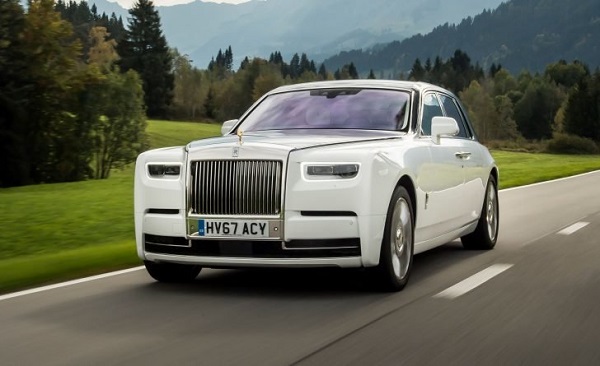 Like most super rich public figures, the Carters own a gorgeous Rolls-Royce Phantom

This is another ride that would surely turn lots of heads, in envy and possibly jealousy. It is reported to be among Jay Z favourite as it comes equipped with 32-valve V8 engine with a top speed of slightly under 200mph. he bought this high-performance Ferrari F430 Spider for $220,000 (~N79.5m). 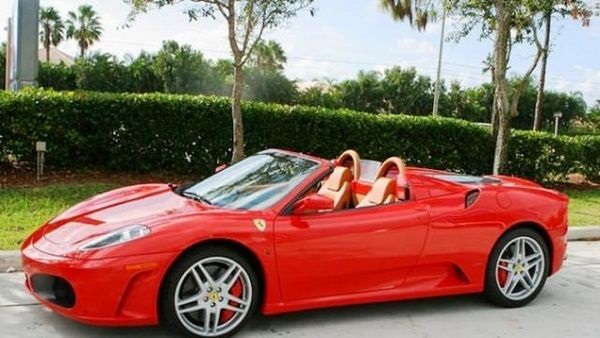 The Ferrari F430 Spider is very much loved by Jay Z for its performance, sleekness and driving experience

This one appears to the couple and it sure serves its purpose well enough. They sometimes need space and comfort especially when packing the whole family. Guess Carter family is in safe hand after all. 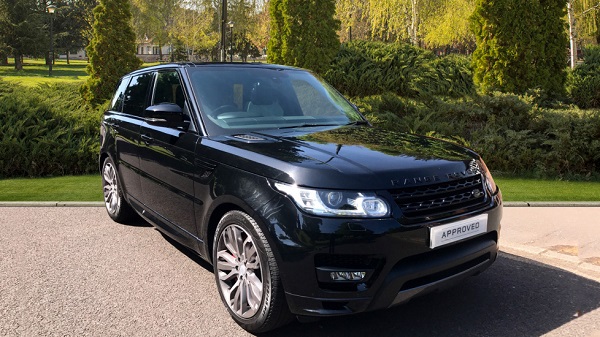 When you have a medium sized family, you will need car that provides comfort, family time and luxury

Bentley has a strong reputation for satisfying the luxury desires of super-rich people in the world. Jay Z has his fair share in this purchase. 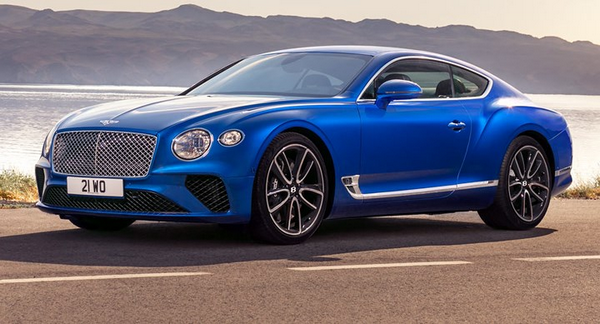 The Carters are not any regular family; they live like kings and princesses. Well, they have got a queen already though. This 4-door Maybach 62S was acquired by Jay Z for $500,000 (~N180.7m), to further bolster their car collection. 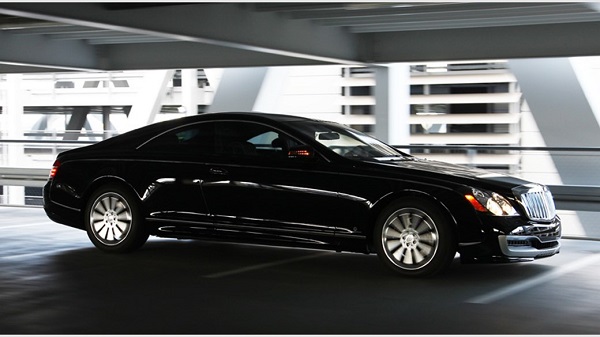 Jay Z isn’t all about gas, he is also environmentally conscious like other celebrities. He owns Model S, which is fully electrified. 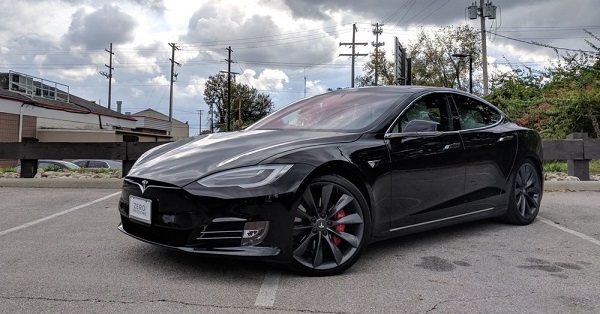 >>> You may want to check: Phyno cars and houses are absolutely jaw-dropping

They met when he was 31, already a hip-hop star and Beyonce was 18 year-old. On her 19th birthday, they started dating unofficially. Jay Z in 2002 featured Beyonce in his “03 Bonnie and Clyde’, while Jay Z was featured in Beyonce’s hit video “Crazy in love” in 2003.

Beautiful family photo of the Carters, spotted at a public event

The couple never made it really official while they were dating all through this period until April 2008, when they got married secretly at Manhattan penthouse belonging to Jay Z. they brought Blue Ivy, their first daughter, into the world in 2012, later to give birth to set of twins Rumi Carter and Sir Carter, after 5 years in 2017. 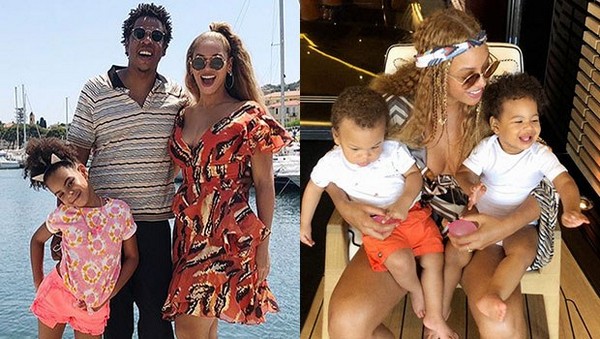 After 3 years hunting for top-notch mansions on Beverly Hill as well as other privileged neighborhood, the family has won the bid to acquire Los Angeles Bel Air mansion in 2017. Jay Z and Beyonce has paid $88 million (~N31.8 billion) for this beautiful house. 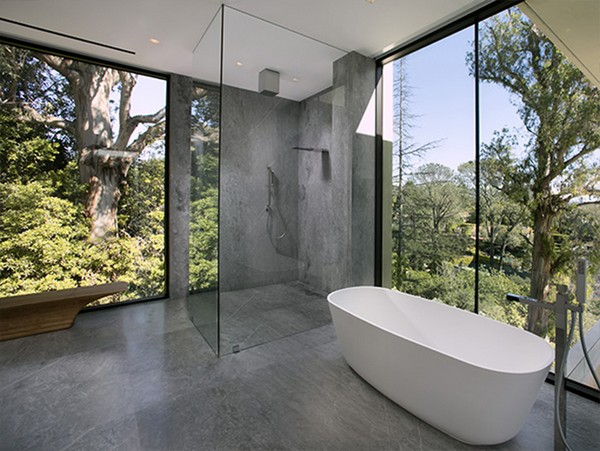 A corner in the bathroom of Jay Z and Beyonce house

The mansion has 8 bedrooms, 11 bathrooms, 4 swimming pool, 1 basketball court, a garage for 15 cars, several staff quarters and bullet-proof window. But that's not of course. Inside the house is full of hi-tech devices, for example, the automatic glass wall which can be controlled with a remote button. 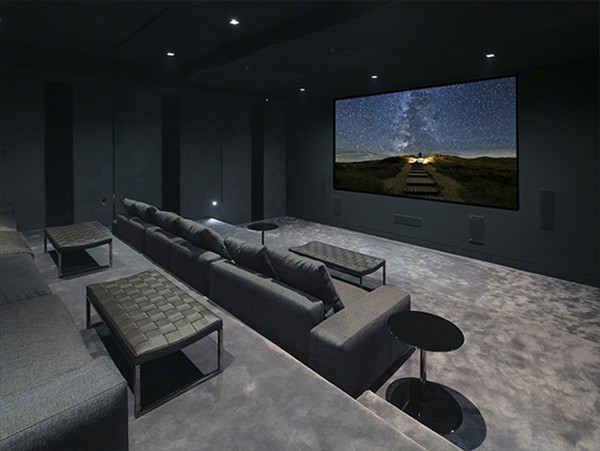 And we have a home theater as well 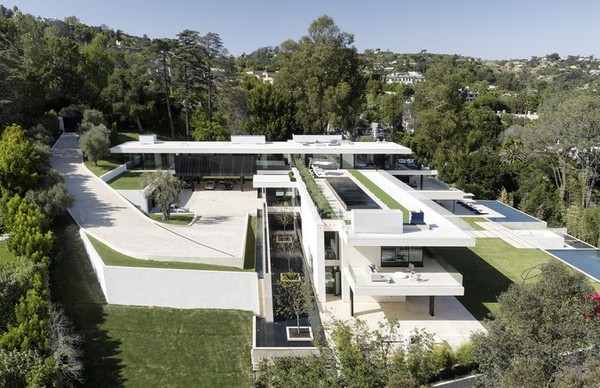 Do you think any couple in the world can beat this amazing car collection of the Carters? They have eyes for beautiful cars and they sure are living the life of their dreams.

And if you ask me what's the most powerful and adorable family in this world, I surely go for Jay Z, Beyonce and their three little angels!