Kelechi Iheanacho is a Nigerian professional footballer who currently plays for Leicester City football club. Check out his cars, houses and net worth!

Kelechi Iheanacho is having the best of times in his career as an international footballer. Do you want to know about Kelechi Iheanacho car? Naijacarnews.com brings you that information and more in this feature about the star player.

Born on October 3, 1996, Kelechi Iheanacho is a professional footballer who hails from Nigeria. He plays for both the Nigerian national team and Leicester premier league club. 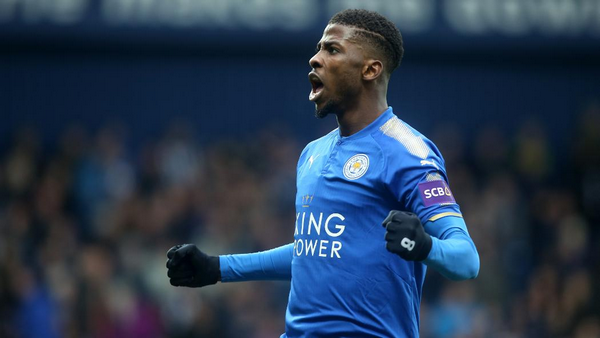 The story of his football success would be incomplete without mentioning Manchester City because that was where he started his international football club career. He was part of the Nigerian team that clinched the 2013 U-17 World Cup as well as the Nigeria Under-20 squad that participated in the 2015 FIFA U-20 World Cup. He was given a spot to play in the 2015 – 2016 Manchester senior squad season.

The indigene of Imo started his football journey at an early age. He used to play for Taye Academy as a Youth. He had the opportunity to participate in the 2013 FIFA U-17 World Cup. Putting up an outstanding performance, the goal-scorer caught the attention of some clubs in Europe including Arsenal, Porto and Sporting Club de Portugal.

In 2012, he was invited to England to discuss the possibility of joining Manchester City. It turned out to be a successful meeting as he signed a pre-contract agreement to be in the club. On his birthday, October 18, 2014, he declared his intentions to formally join the club.

In 2013, having had a successful year on the football pitch, he was named the Most Promising Talent of the Year 2013 by the Confederation of African Football (CAF) at the CAF Awards.

He has won a Premiere League title with Manchester City

In January 2014, Iheanacho joined Manchester City Football Academy. He went to the US on a pre-season tour before the 2015 – 2016 season. Despite not being a formal member of the club yet, he was allowed to join the squad.

During the first match of the tour, the rising player scored a goal which added to the 4 – 1 victory the club had against Sporting Kansas City. In the match against Milan, he gave another goal which resulted to a 5 – 1 win for the club. When the tour ended, officials of Manchester City were reaffirmed of his potentials. Hence, they arranged for him to join the Columbus crew for training in until October. 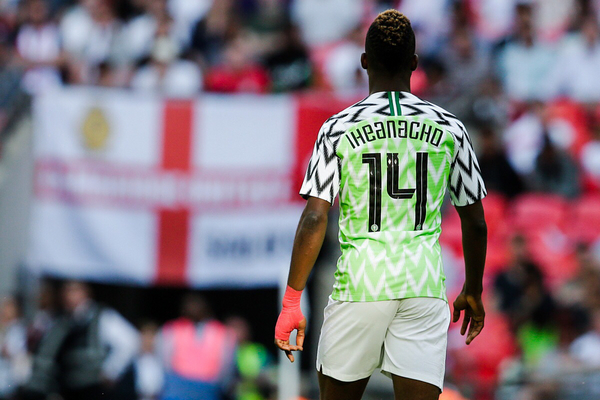 Iheanacho used to be a young talent in the Nigerian football

Plans were made for the striker to move to England immediately but there were delays in securing a work permit for him.  The permit finally came through in February 2015. The match against Schalke 04 in the U-19 UEFA Youth League was where he made his debut. Unfortunately, he sustained injury just 11 minutes onto the pitch.

Following his recovery from the injury, he started making match appearances for Manchester City as a player in the Youth and U-21 levels. As a player in the FA Youth Cup, he scored a goal. However, his team lost to Chelsea in a 5 – 2 aggregate victory. A week after, he gave his team another goal, leading to their victory against Porto in the 2014–15 Premier League International Cup final.

Iheanacho performance in Manchester City for the 2015 – 16 seasons

Iheanacho was taken into Manchester City’s team for the pre-season tour in Australia in July 2015. He facilitated the goal scored by Raheem Sterling, and also made the second goal that gave the team victory in the match against Roma at the International Champions Cup in 2015. Again, he created chance for Sterling to score the fourth goal in their match against Vietnam national team where they had an 8 – 1 victory. 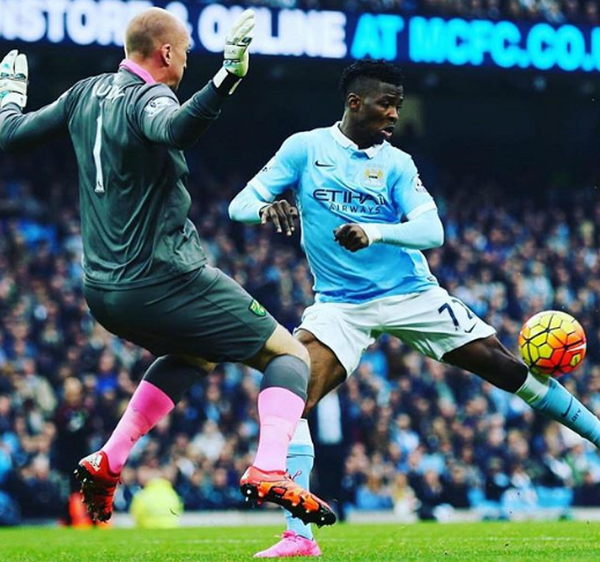 He played as a substitute in the club’s last preseason game where they went head to head with VfB Stuttgart. Towards the end of the game, he scored a goal but the team was defeated by 4 – 2. Having put up an outstanding performance in the preseason games, he was admitted into the club’s senior squad.

The opportunity to be a in the first-team lineup in a competitive fixture came in August 2015 for him. Despite being on the list for the club’s kick off game in the Premier League Season, he wasn’t brought on the pitch.

Manchester City ended the game in a 3 – 0 victory. It wasn’t long before he got another opportunity to showcase his skills on the pitch. In their match against Watford, he was brought in to substitute Sterling in the final minutes of the game, and kept up a good pace until the game ended 2 – 0 in their favor.

On September 12, his first competitive goal was made after he was used as a substitute for Wilfried Bony in a match against Crystal Palace. He was the only goal scorer in the game.

On January 30, 2016, he displayed his first hat-trick in his career as he played for his team in a game against Aston Villa in the FA Cup fourth round. In addition to that, he made way for Sterling to score Manchester City’s fourth goal. The next month, he was shortlisted for the teams UEFA Champion’s League lineup as a replacement for Samir Nasri who was injured. In February, City suffered a 2 – 1 defeat against Tottenham Hotspur, but the one goal came from him.

Before leaving Manchester City, he score 21 goals in his 64 match appearances.

Iheanacho’s very first goal for Leicester City club was scored during an EFL Cup tie when they played against Leads United in October 2017. On January 16, 2018, he was recognized as the first player awarded a goal through VAR in English football. According to the referee, on his second goal, he was wrongly ruled offside. This was his second goal in the FA Cup Third Round replay 2 – 0 victory against Fleetwood Town.

From humble beginnings, Iheanacho has grown to become one of the most valuable footballers in the Champions League. The player commands a lot of attention on the pitch, and is perceived as a threat by members of opposing teams. His top status in football has attracted a lot of wealth. He lives the fancy life like his colleagues around the world.

Fans are curious to know about Iheanacho house. This isn’t surprising. As one who has access to so much wealth, it’s only normal for people to want to know the number of houses he has and what they look like.

One of Kelechi Iheanacho houses is located in Lagos. At the time pictures of the house were released online, it was still under construction. As one who frequents his home country Nigeria, it made perfect sense that he’d want to have his own home in the country. There are reports that the house cost $2.79million (N10,127,916,520.46) to build. 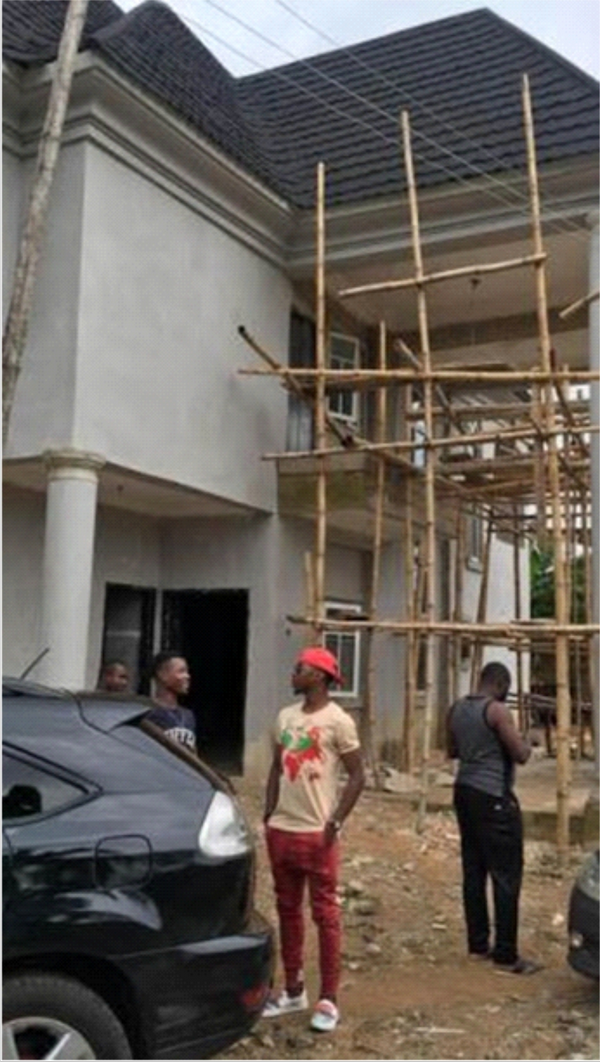 Photos of Kelechi outside his mansion under construction in Lagos

What is Iheanacho net worth

The finances of the star player have grown tremendously over the years. From playing in the small leagues in Nigeria to the big leagues in Europe, Iheanacho has accumulated wealth, thanks to his income from football.

His income allows him to live in lavishness 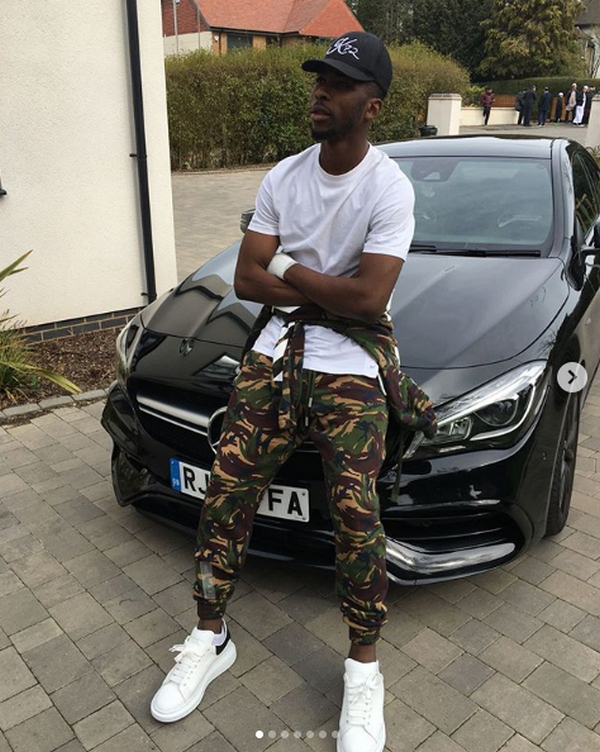 Aside from football, he posts photos of his car collection on Instagram​ 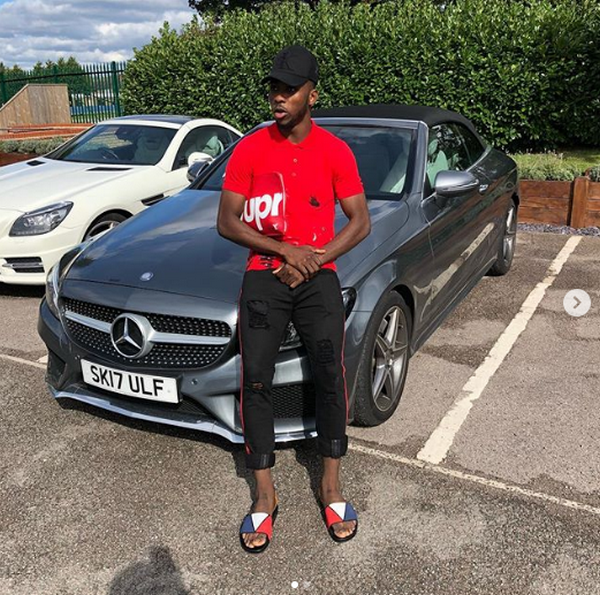 Most of his cars are from luxurious car brand 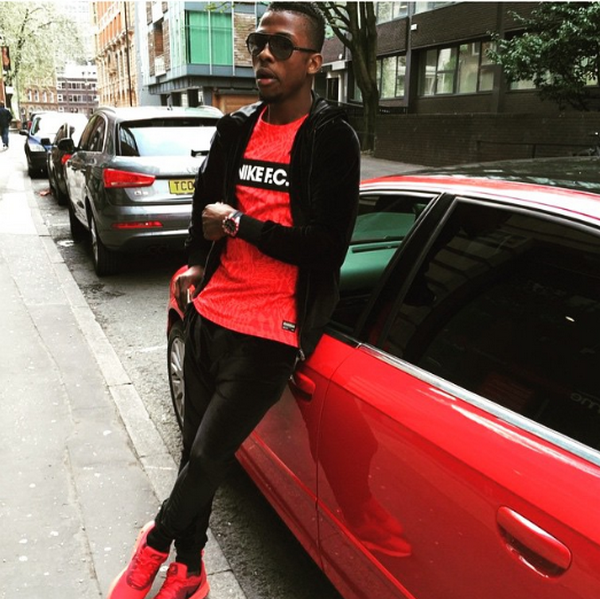 He’s reported to have an affinity for BMW cars. In an interview

Despite his success in the European League, Iheanacho makes out time to play in the Nigeria national team when the need arises. He made his debut in the Nigeria senior team in the FIFA World Cup 2014 qualifying games when the team played against Swaziland. Both teams went head to head in a 0 – 0 tie. He got the chance to go on the pitch for the team when they played against Egypt in the Africa Cup of Nations qualifying games in 2016. He was also part of the team that played a friendly match against DR Congo on May 2018 in Port Harcourt Rivers State.

Having scored a goal in the Leicester City’s match against Valencia which ended in a 1-1 draw, the striker was determined to keep up with his netting.

He had scored 10 goals before attaining the age of 20.  Kelechi Promise Iheanacho is indeed one of the players making Nigeria proud in international football. Little wonder he received a nomination for the 2016 FIFA Golden Boy Award.

With such an amazing performance by the young player, experts say the best is yet to come in his football career. Kelechi Iheanacho car and other benefits are proof of the better days ahead.