Lil Kesh cars, house and Details of each (updated in 2020)

Many have always wanted to know what Lil Kesh cars and house look like! Here is an insight into his garage and life of the budding young singer!

Keshinro Ololade, popularly known as Lil Kesh is one of famous Yoruba musicians in Nigeria. He was a breakout star from Olamide's YBNL record label on 2014 with the smash hit song, Shoki. The young star has remained on top of his game in the music industry since getting in and has won many awards to his name. The Lagos state born musician has made a huge fortune from the entertainment business and hasn't hesitate to invest in properties and some of the finest cars you'll ever imagine. This article by Naijacarnews.com will be focused on giving you the latest news about Lil Kesh cars and house so sit back and relax.

For cars, Lil Kesh is a proud owner of a Range Rover which was gifted to him by his then record label boss, Olamide, to celebrate his rise to stardom and 21st birthday. 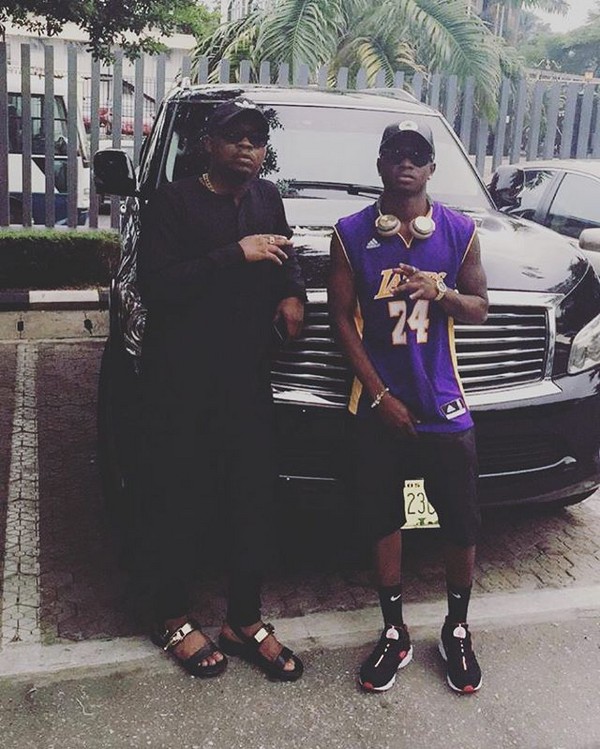 The Range Rover is said to be worth over ₦30 million. It can accommodate 4-5 passengers with state-of-the-art driver assistance and safety systems installed.

According to our reports, this Range Rover model is offered in 5 trim levels which include:

No matter which trim Lil Kesh goes for, he has a variety of options to choose for the car exterior hue. Except for the Autobiography Black which has 7 alternatives, all those trims are available in 16-18 colours.

Talking about other merits, this Range Rover, particularly the V8 version, has an impressive acceleration ability with a responsive transmission. The car also offers an overall smooth comfortable ride, ensuring the best experience for your off-road trips. 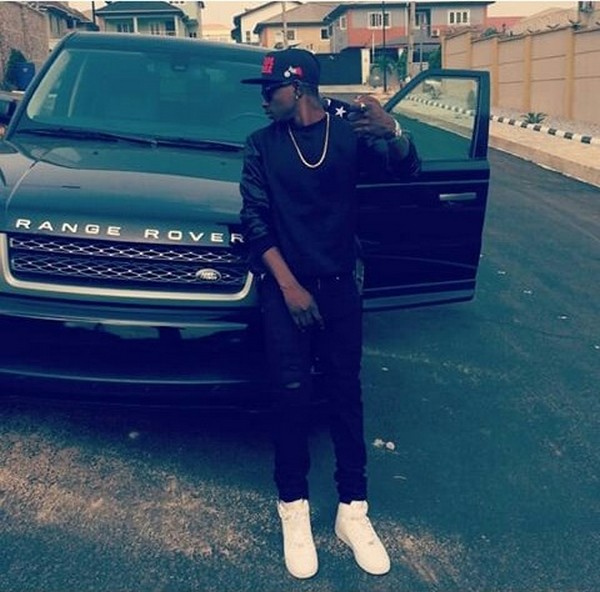 Lil Kesh customised some details in the car to fit his musical choices as well. For someone who is worth over ₦300 million, the SUV is definitely fit for his status.

Asides that, Lil Kesh also gifts himself a Mercedes Benz 4matic which is worth at least ₦50 million.

Based on the picture leaked out, Naijacarnews guesses the music star has acquired a brand new 2019 Mercedes-Benz A-class 4matic sedan which is praised for its superior package. 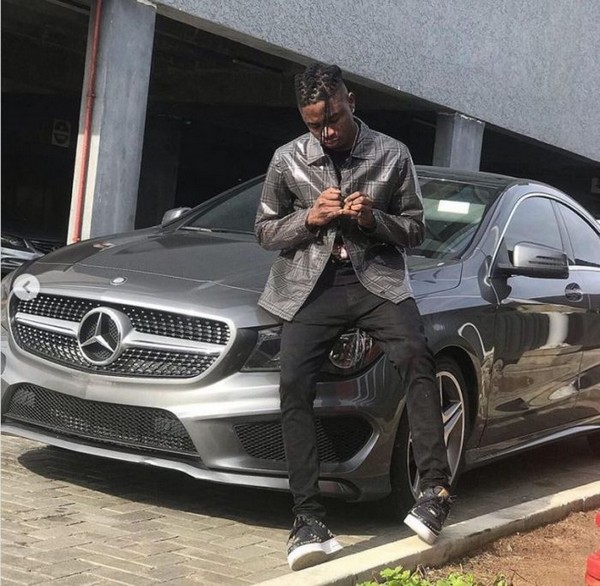 A nice Mercedes Benz owned by the young singer and entertainer

The car is boasted to offer adequate legroom and headroom for both rows with comfortable rear seats for two adults. Other interior features like the dashboard come in line with the luxury signature of Benz family.

Unlike other models, this car is given just 1 powertrain configuration which is turbocharged 2L inline-four engine associated with a 7-speed dual clutch automatic transmission. The model can produce up to 188 hp and 221 pound-feet of torque at max; acceleration time to 60 mph from 0 is exactly 6.1 seconds. 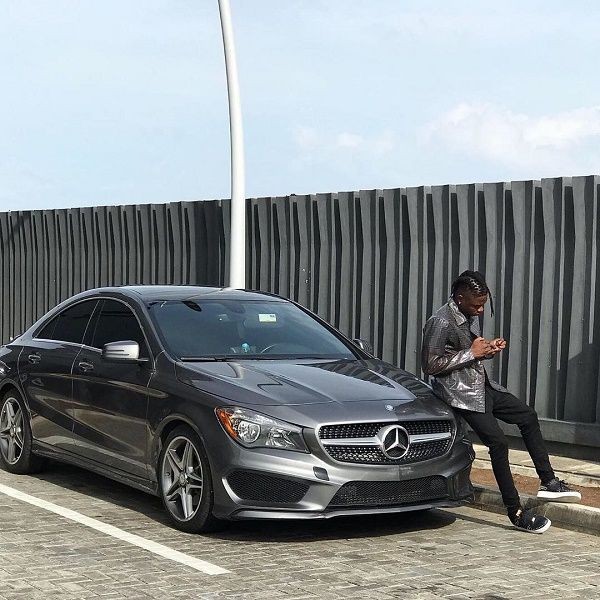 In 2015, Lil Kesh was expected to won the Next Rated award at the Headies awards ceremony in Lagos. This particular award comes with a bespoke Nissan sedan with special features. With how massive the song was, it was almost obvious that the award was his.

Reekado Banks eventually won the car though. This would have counted as one of Lil kesh cars at the moment. But the musician has grown and really can afford any of these wonder on wheels - and even more. There were reports that he once acquired a new Mercedes-Benz at that time, announced on Baddosneh account. 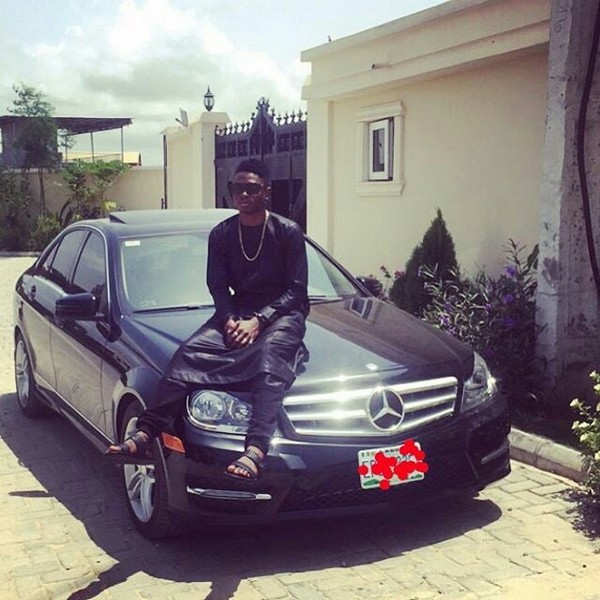 Lil Kesh once bought a Benz sedan several years back

Many outsiders say Lil kesh has a lot of other cars in his garage in Lekki and we believe so. In a recent picture he took inside his house, we saw a black Mercedes G-wagon right behind the star, parking besides his 4Matic.

However, Lil Kesh has never flaunted the car explicitly, so we can hardly say more about this model. 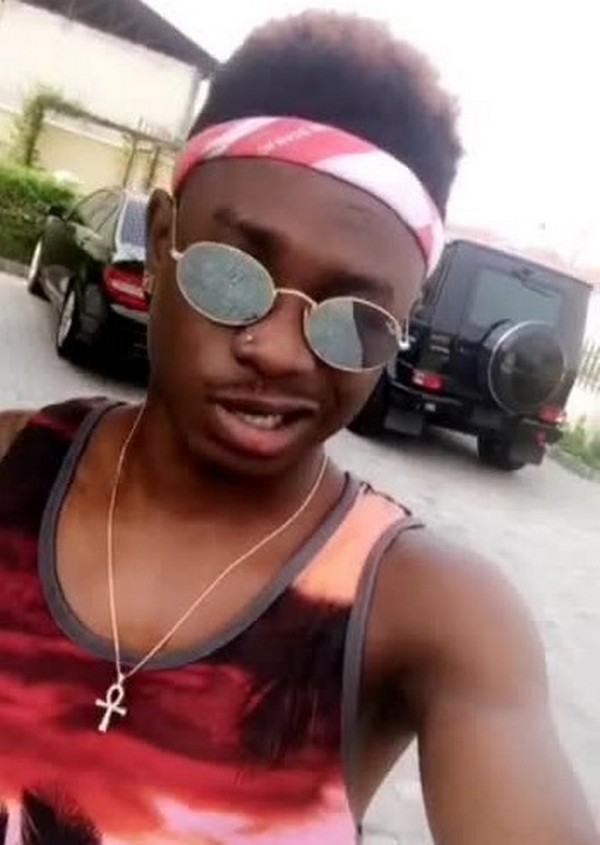 Can you spot the G-wagon next to the sedan?

Lil Kesh is believed to be worth a little over a million dollars. He has a house in Bariga where his parents live and the same area he grew up.

He also has a multi million naira mansion in Lekki, Lagos. A lot of industry players have said that the house wasn't entirely bought by Lil Kesh, but was given as a gift or an incentive to convince the budding star to sign a mouth watering music deal with a newly formed record label in Nigeria. He has however rebuffed all the rumours, claiming he bought the house himself and even paid in full.

Lil Kesh hardly posts picture of his house online. Watch the video when he gifts his mom new house and car below!

Till 2019, Lil Kesh net worth is estimated at roughly $1 million, which translates to over ₦361 million.

Keshinro Ololade, aka Lil Kesh was born in Bariga, on March 14 1995. His rise to fame started in the early 2012 when he was just 17 years old. He released a song title "Lyrically" which instantly became a hit around universities in Nigeria. Just like his mentor, Olamide, he maintained rapping in his local dialect of Yoruba. This also made it easy for him to blend into the fast paced music scene with headquarters in Lagos. Within his first 3 years of being a professional musician, Lil Kesh has won a number of awards including the Nigerian Entertainment Award for Best New Act. This was around the same time he joined the record label, YBNL. He stayed out his contract before moving on to forge his own record label known as YAGI - Young and Getting It.

>>> Do you think Lil Kesh can make it to this list? Top 10 richest artists in Nigeria & their cars 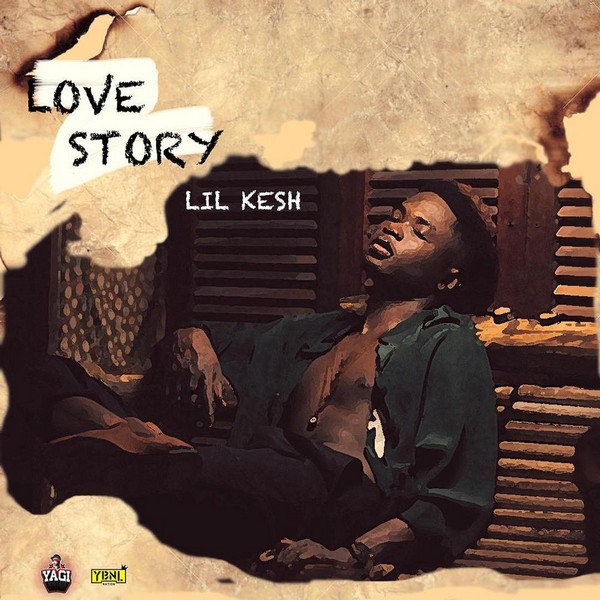 Lil Kesh attended the popular Stockbridge college in Bariga where he fell in love with music and dancing. In fact he initially wanted to be a dancer until his classmates who were in love with his style father encouraged him. He was named best New street artist at the Headies awards in 2014 and his song, Shoki, has gained him massive followers all over social media. He also has an album to his name which includes songs like Efejoku, Shoki remix, Gbese and many others. His album features the likes of Phyno, Olamide, Patoranking, Ycee, Adekunle Gold and the international rapper, Wale.

Due to how young he is, he isn't known for having any wives or kids but rumours have it that the YAGI crooner is in some deep Romance with Chidinma aka Miss Kedike. Both of them have denied the rumour a lot of times but they have been seen at some events together appearing all cosy. Lil kesh says he considers Chidinma a big sister and there's nothing more.

All in all, Lil Kesh cars and house prove how successful he is. Still having a lot of time to develop his career, Lil Kesh will soon be able to rule the Naija music industry with his talent.

Should you have more things to add or feedback, please leave your comment below!