MC Oluomo might be down to earth as many claim but he sure loves luxury lifestyle such as driving good cars. Click here to see MC Oluomo car collection, his 2019 net worth and latest news around!

MC Oluomo is no doubt a very popular man in Nigeria, most especially in Lagos State. His popularity is owed to his position at the transport union and closeness to top-ranked politicians in the country, most especially within the ruling party (APC).

Popularly known as MC Oluomo Oshodi or Alhaji, Musiliu Ayinde Akinsanya has indeed made a lot of money from his leadership position as the present chairman of the Lagos State chapter of the Nigerian Union of Road Transport Workers (NURTW). From what we learnt, he is fond of getting a lot of attention from different media outfits.

Knowing our readers are curious about this controversial figure, today Naijacarnews will get you updates on MC Oluomo cars, house, net worth & a lot more facts.

MC Oluomo was born in Agbo Ile Atere, in Oshodi. His father was from Ejigbo, also within Lagos State. Born on 14 March, 1975, the 44-year-old man was honoured with the 'Oluomo title' by Obas of where his father married from, which was the Agedegbe family. According to him, he was honoured by 22 kings with that title.

He spent some part of his childhood at Abeokuta after his father died, where he attended Olu Efon Primary school in Ogun State for his primary education.

It is a bit hard to evaluate his overall net worth. You can only count his wealth based on his luxury lifestyles. Aside from political friends, MC Oluomo has many friends among entertainers. Just not too long, he reportedly purchased a massive house, located at Isolo in Lagos.

Some rumor he is slated to worth roughly $450,000 but we guess the amount goes far beyond this. Just look at the house he bought and the lifestyle he is following, that number is clearly not enough. Another source claimed they have seen more than $900,000 (~₦326 million) in MC Oluomo bank accounts and insisted his current net worth is around $10 million, translating to ₦3.6 billion. That makes more sense now.

3. MC Oluomo cars for himself and his daughter

MC Oluomo Oshodi doesn’t really flaunt his cars but judging from the pictures of his house and car that surface online from time to time, we can say he is indeed a man of taste and luxury. Below are just some in MC Oluomo car collection that goes public. 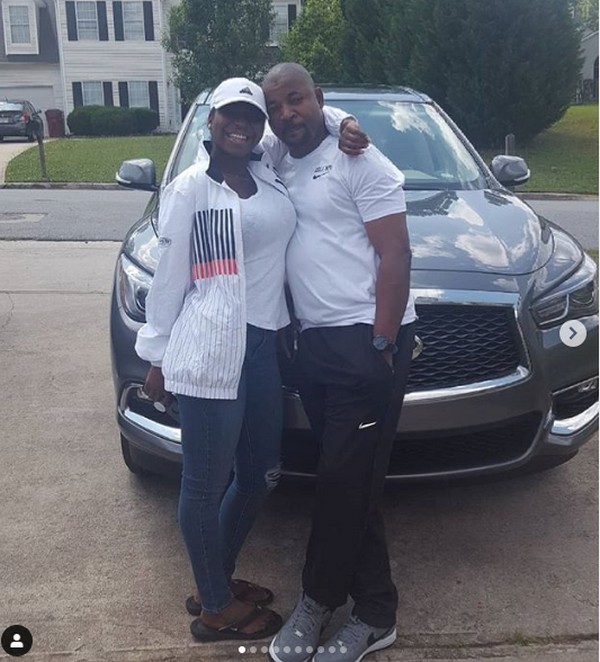 This is one of the cars he has in his US garage. Other than some pics he posted online, there isn't much information revealed about this SUV. However, if he acquired this model as brand new, he probably had to pay at least ₦23.7 million.

In Nigeria, MC Oluomo owns a Toyota Corolla for the 2017 model year. It is a 5-seat compact sedan that comes equipped with a front-wheel drive system. Its horsepower ranges from 132 to 140 depending on the trim you are going for. Similarly, it offers torque that ranges from 126 to 128 pound feet. it also offers an impressive fuel economy of 5.9 to 8.4 city/highway combined.

The starting price of a 2017 Toyota Corolla is ₦7 million. 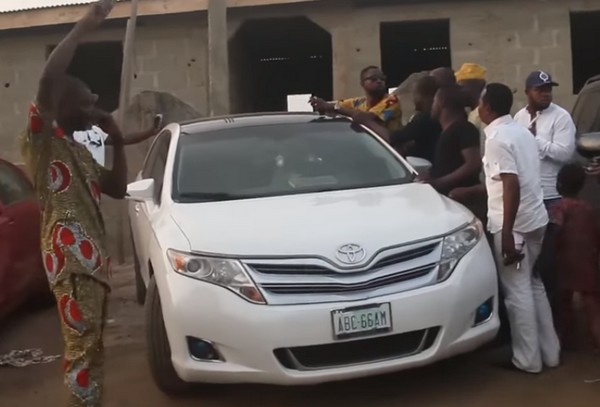 There is no argument that MC Oluomo loves and cherishes his daughter a lot. Although, he is a polygamous man but that doesn’t stop him from extending love to his household. He often flaunts his first daughter, who goes by the name Ayisat Adufe, whom he is well pleased with her beauty and achievements.

In a bid to celebrate her graduation from the university, he acquired a new Toyota Venza for her. The car has the starting price of around 17 million naira.

Not too long ago, he shared the pictures of the new car and his daughter, with a very emotional message, to justify why he gifted such precious item to his daughter.

>>> Seem like he is one of the fans of Toyota, are you too? Then, check out Toyota cars for sale!

See the emotional message he penned down for his daughter after getting her the car:

“I sent you to school you came out in flying colors, You promised me you would graduate and make me happy.

“You got married and some months later you gave birth to a lovely bouncing baby girl so why would I not be proud you are the first born of the family. This is a little Gift from me.

“I LOVE YOU SO MUCH MY DAUGHTER,”

>>> Other car collections of famous figures in the country:

Besides MC Oluomo car collection, people are also curious about his house in Lagos.

The prominent MC Oluomo hosted a braless party sometimes ago at a Place night club in Ikeja, which attracted a lot of popular people across Lagos. He might be a social man but he sure loves his main house at Ejigbo. This house is furnished to taste. 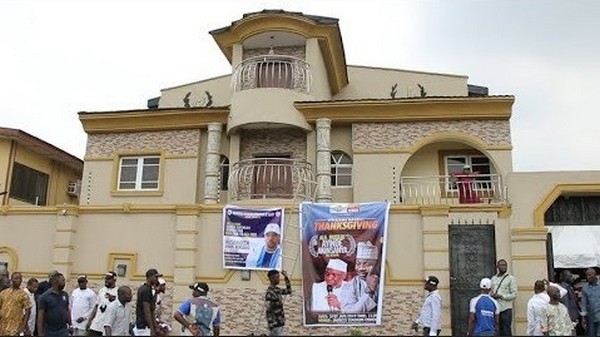 The one at Isolo was recently acquired by him, but the actual address or any photo of the car hasn’t been revealed yet to the public.

There's another house reported to be MC Oluomo's in Ajao Estate. Though it doesn't look grand as the one in Ejibo, the house can be said as impressive compared to its nearby buildings. 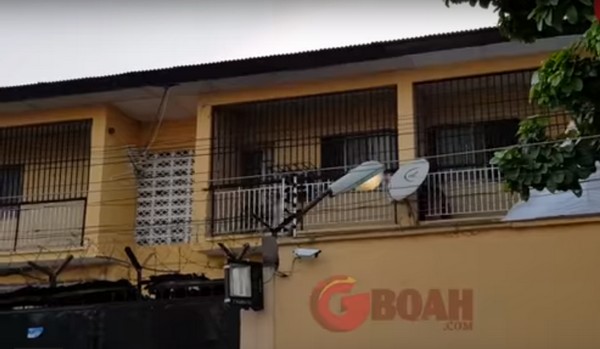 As we stated in his brief biography, Alhaji Musiliu Ayinde Akinsanya, popularly known as MC Oluomo is from Ejigbo in Lagos State.

Due to a street war in Oshodi, Lagos, MC Oluomo and his deputy, Koko Zaria, were alleged to have drawn up a list of people they wanted dead through assassination. This created factions in the transport union that led to loss of lives and properties within the state. 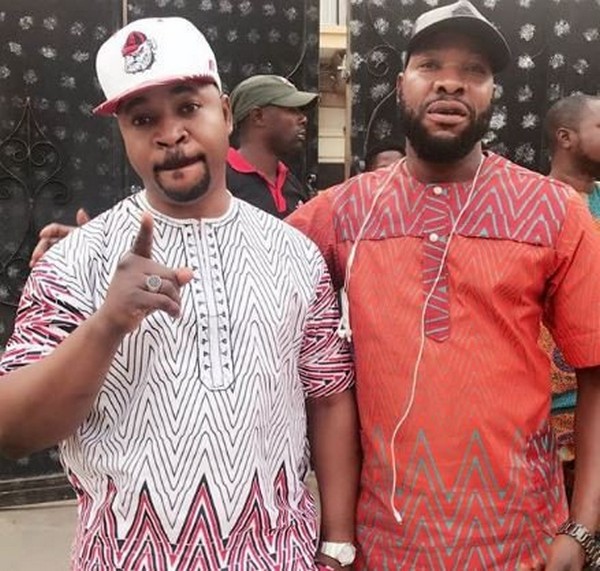 MC Oluomo is the current chairman of the Lagos State chapter of the Nigerian Union of Road Transport Workers (NURTW).

If you want to contact the NURTW chairman, we will hint you some ways easier because to get his personal phone number and publish it to the public is almost impossible.

In fact, you can connect with him on Instagram as well as via NURTW contacts. Prepare a good reason so people can direct you to MC Oluomo.

What could have turned out to be a very tragic incident was when MC Oluomo got stabbed with a poisonous knife during APC rally in Lagos recently at the beginning of this year. The news shook the entire country but a Thanksgiving service was organized at his place of residence where he disclosed how he recovered from the accident through the healing water he acquired from the Holy land (Mecca). 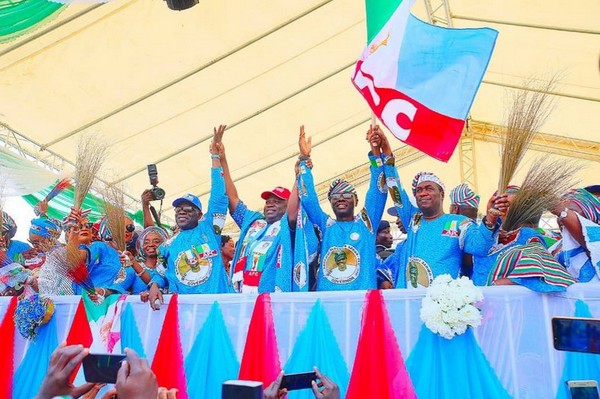 MC Oluomo shared about his ordeal:

“What came to my mind was the 7-7 water I got from Mecca. I have seen and experience how Alfas make use of the Holy water and how it works,” Oluomo said.

“While I was being rushed to the hospital, all I could do was to request that my people try as much as possible to get me the 7-7 water.

“I took the water and became a bit alive after some days. Some other Islamic rites were also carried out immediately and the Imams, Pastors, and Traditionalists rose up to the occasion. It was the third day, that I regained consciousness and felt life within me.”

The moment when MC Oluomo was attacked at Lagos APC rally

So, that's all we got about MC Oluomo cars, house, net worth & updates in 2019. Hope those pieces of information satisfy your curiosity.

Generally speaking, MC Oluomo is a familiar public face, especially within the ranks of All Progressive Congress (APC) and among popular celebrities such as Wizkid, Davido and several others. He is also loved for his humility despite the power he wields as NURTW boss.

>>> Do come back to check latest celeb car updates and other car news on Naijacarnews.com!