Mompha’s val gift to his wife: the Bentley Bentayga SUV worth ₦99.5 million!

All wait for the Valentine day to expose great love to their spouses; and as for Mompha, the Bentley Bentayga SUV represents all words to say to his wife.

On this February 14, Ismaila Mustapha widely called as Mompha has taken his social platform to flaunt the high-end Valentine’s gift that he purchased for his spouse – a new white Bentley Bentayga SUV. Let's have a check on it on Naijacarnews.com.

Mompha is a Nigerian multi-millionaire who owns a namesake Bureau De Change in Lagos State. He’s well-known with his luxury lifestyle, always showing off shoes, cars, and trips; so it comes with no surprise when he acquired such an expensive vehicle for his wife. And his wife, of course, is one of the most happiest ladies of the world this day. 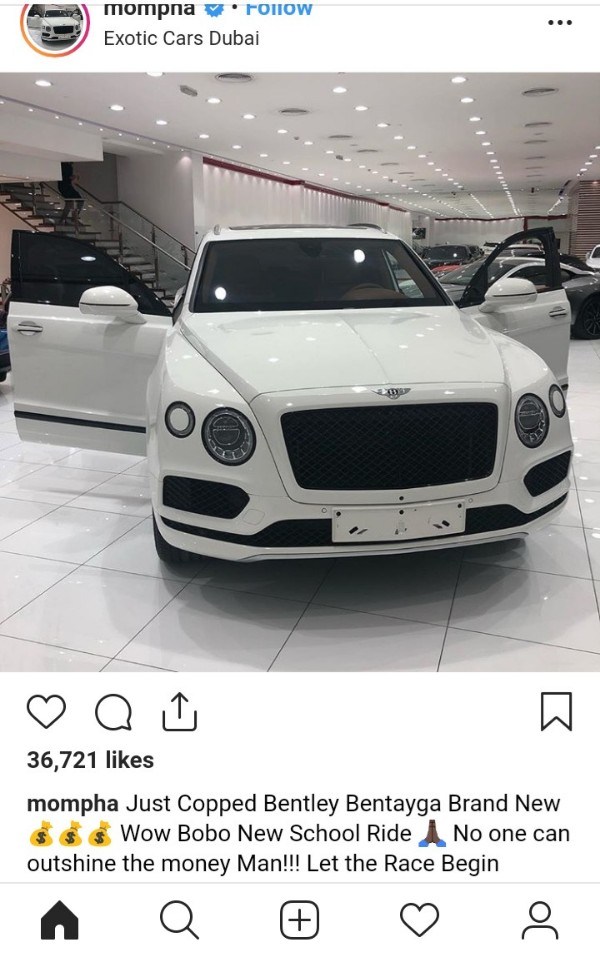 Nigerian big boy shared his acquisition on his Instagram page

Along with the car image, Mompha also updated the bill with his name on as a proof to his fans. Accordingly, the Nigerian big boy spent ₦99.5 million to purchase this vehicle. 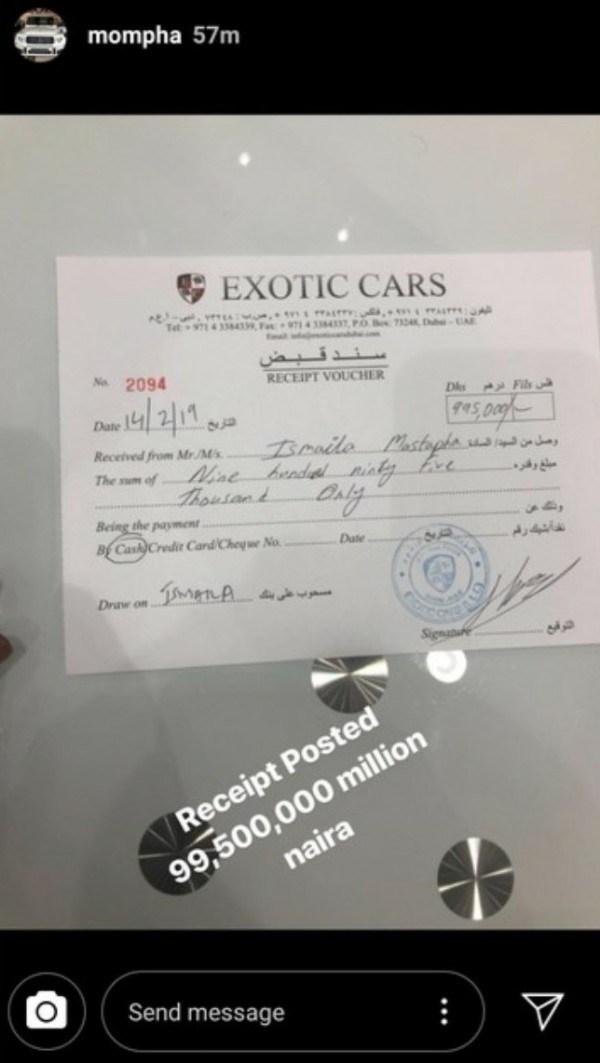 Mompha did spend ₦99.5m to buy his wife the Bentley SUV in the lovers’ day

The news of Mompha’s acquisition was posted on Instagram just several hours after the Gucci-maniac man, Hushpuppi, shared the photograph wherein he was posing beside a similar automobile. As known, the car was also bought to celebrate the Valentine day.

The high-end Bentley Bentayga SUV has the starting price at £162,700 (₦75 million) in the US. The speed beast is among the fastest SUV on earth with the Lamborghini Uras on top.